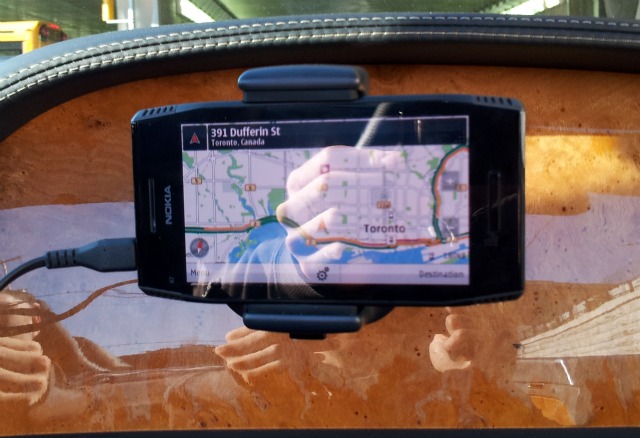 Nokia recognizes its brand needs a carwash. The company used to tally up new customers in the millions, but lately they’re having to save face more often than not.

When new CEO Stephen Elop announced a strategic partnership with Microsoft earlier this year to bring Windows Phone 7 to Nokia smartphones, many former customers, including myself, were skeptical. Granted this was before the smooth Mango OS was announced, which is vital part of the part of Nokia’s future success. Now that we’re close to those Mango dreams, I wanted to hear what we can look forward to in the coming months.

Nokia gave me the opportunity to drive a Bentley GT Convertible and test the updated Nokia Maps software on the X7. Beside me was Chad Saliba, Portfolia Collaboration Manager for Nokia Canada, and as we drove around Toronto I inquired about their 2012 goals and what it means to work with carriers to bring their phones back to prominence. He acknowledged they have a lot of work to do, but I saw the enthusiasm he had for the future of the company.

First, the facts. Chad confirmed there will eventually be multiple Windows Phone devices released in Canada, across multiple price points and on several carriers. While there is no talk of AWS support at this time, Rogers, Telus and Bell are currently in talks with Nokia to find the right products for their customers. At the lowest price point, you can rest assured the specs will match other Windows Phone devices: Microsoft requires all of its hardware partners to equip their phones with at least an 800×480 pixel display, 1Ghz processor, 256MB RAM, 5MP camera and various sensors to ensure a consistent experience across the platform. Expect the high-end devices to have much more powerful internals. 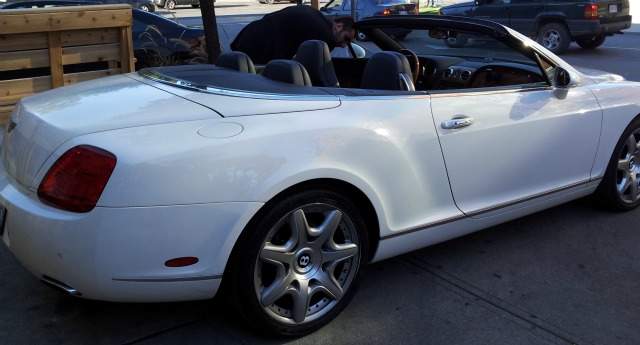 Back to Maps. I enjoyed the sun as the X7 told me where to go. Down Landsdowne, east on the Lakeshore. When I missed a turn it immediately rerouted, politely instructing me to turn around. The 3D interface glided smoothly across the AMOLED screen, and kept up with my fingers when I decided to plot a different route. Unlike the Symbian C^3 operating system as a whole, which has been denounced as too slow, too clunky and too complex, Nokia Maps beats the pants off other free navigation software. It provides topopgraphical information, suggested sites for tourists, check-in abilities for social networks and, most importantly, its NAVTEQ-powered maps are the most detailed and accurate in the business.

Will we see this software ported over to Windows Phone? You can bet on it. Already rumoured to be launching as Nokia Drive or just Nokia Maps, it’s not known whether the software will be made available across the platform, but you can be sure that a few of Nokia’s many intellectual property assets will grace the OS in 2012. I’ve had a Mango phone in my pocket for a week now, and think in many ways it is the perfect balance between form and function, and it’s utterly unique. One area in which they will excel is in their imaging capabilities; Nokia has always paired fantastic Carl Zeiss optics with high-megapixel, low-aperture sensors that produce some of the best photos in the business.

Chad told me that customers will start seeing the Nokia brand more prominently in Canada, focusing less on the OVI services that have netted mixed results. As of Symbian Belle, the last major release for the retiring platform, all OVI services will be renamed Nokia Services. While there will be continued support for Symbian well into the middle of the decade, North Americans are unlikely see another Nokia Symbian device. The company will start with a clean slate.

As we drove through the straight, dry streets of Toronto, the Bentley absorbing shocks in the road, I watched the X7 — a beautiful, misunderstood device in its own right — arrayed firmly on the brushed wood paneling. It seemed a fitting send-off to a well-meaning misstep; Symbian does a number of things well, as long as you’re not interfacing with it. Windows Phone, on the other hand, may appear to be austere — simple even — but it’s a highly polished, intuitive and most importantly, fast piece of software. Paired with legendary Nokia build quality, I can’t wait to see what they come up with. As we’ve reported earlier, it should be ‘stunning.’