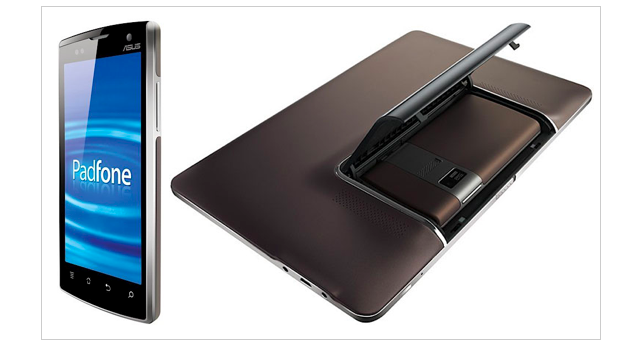 Asus has officially introduced a phone/tablet called the “Padfone” at Computex 2011 today. Unveiling a 4.3-inch Android smartphone (probably Ice Cream Sandwich OS) and a 10.1-inch tablet the combo device doesn’t need multiple SIM cards and phone docs into the back of the tablet to give an “expanded view” of what’s in your phone (and also charges your battery). The final hardware specs were not announced nor a confirmed release date and pricing. ASUS stated that “The dual interfaces for both the pad and phone ensure an enhanced user experience as the layout is automatically adjusted for all activities such as video conferencing, web browsing and emailing”. There are videos of the Padfone below and this will “redefine the user experience”.