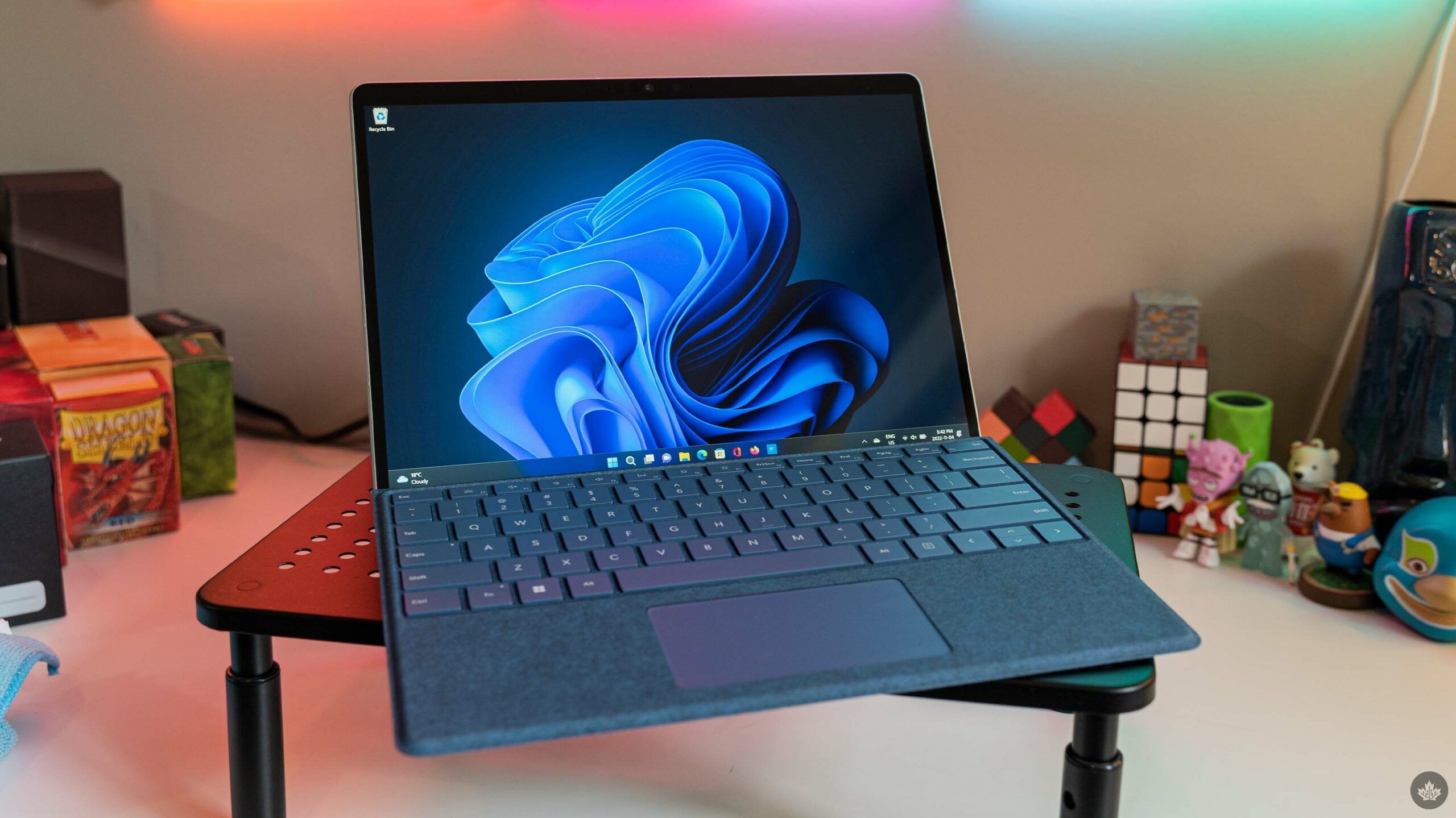 However, as is often the story with Microsoft’s Surface line, there’s very little that’s new with the Surface Pro 9. There are a few minor improvements, such as 5G compared to the LTE available in previous cellular Surface Pro models, but overall, the Surface Pro 9 is more of the same. Depending on your perspective, that could be good or bad.

On the one hand, if it ain’t broke, don’t fix it. The Surface Pro 2-in-1 form factor has worked well for Microsoft and, even if it’s not my preferred PC hardware, it’s still admittedly really versatile. I’ll also give Microsoft credit for not adding gimmicky new features to try and score a hardware upgrade – the best reason to get a Surface Pro 9 is that your old Surface Pro finally gave up the ghost. On the other hand, it’s tough to get excited about such an iterative update (but maybe we’d be better off spending less time getting hyped about new tech gadgets anyway). 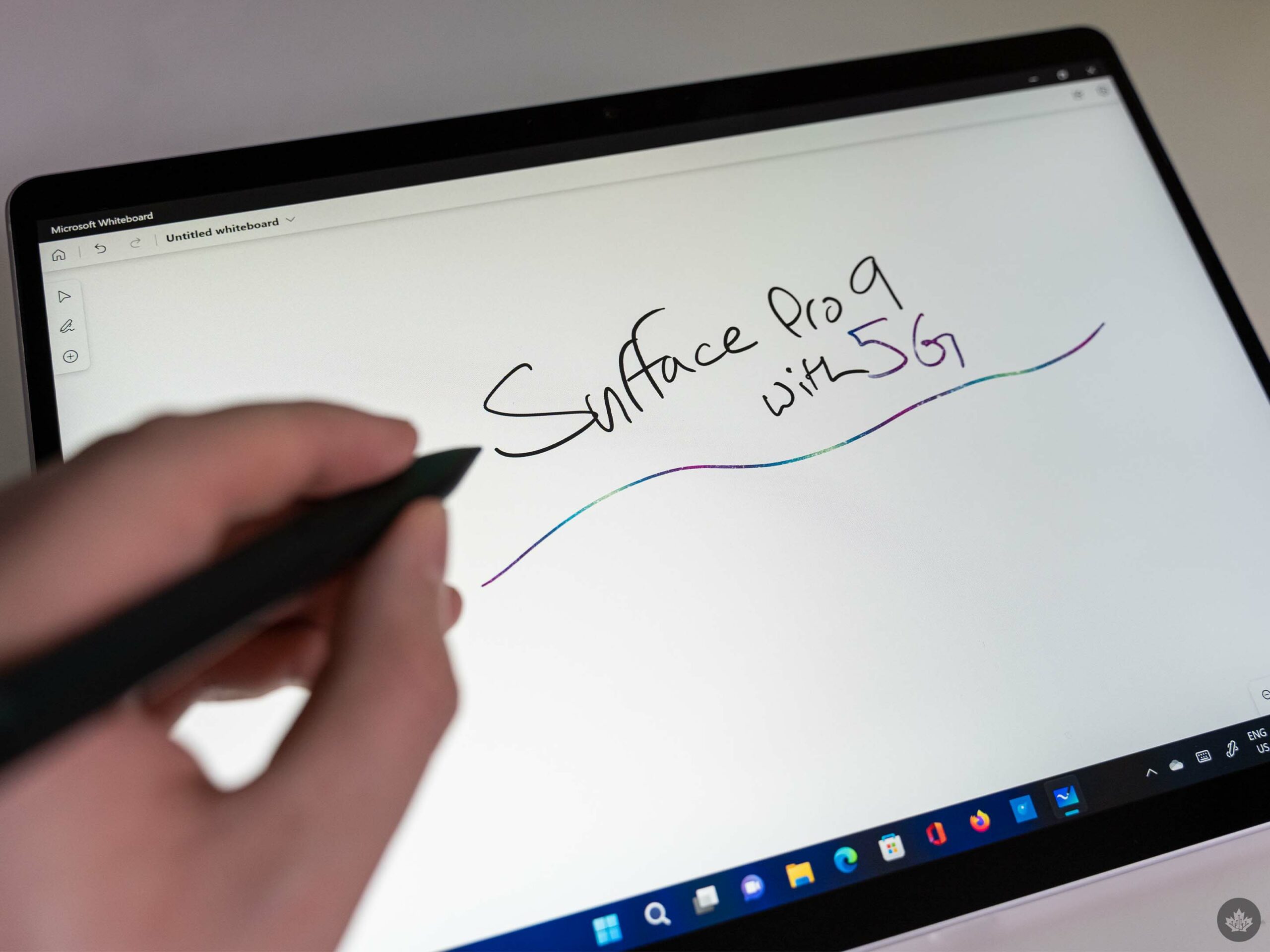 Most of what’s new with the Surface Pro 9 comes down to the chip inside. Customers have two paths to pick from, the Intel-powered Pro 9 with 12th-gen i5 or i7 options, or the Pro 9 with 5G sporting the Microsoft-Qualcomm SQ3 chip. I reviewed the latter since I was interested to see how the SQ chip has improved since the Surface Pro X (2020) – plus I’ll have the luxury of gauging Intel performance when I put the Laptop 5 through testing.

In short, the SQ3 chip in the Surface Pro 9 with 5G is better, and Windows on ARM has improved since I last used it, but it’s still not on par with x86 chips like those from Intel or AMD. Stick with me below the specs to learn more. 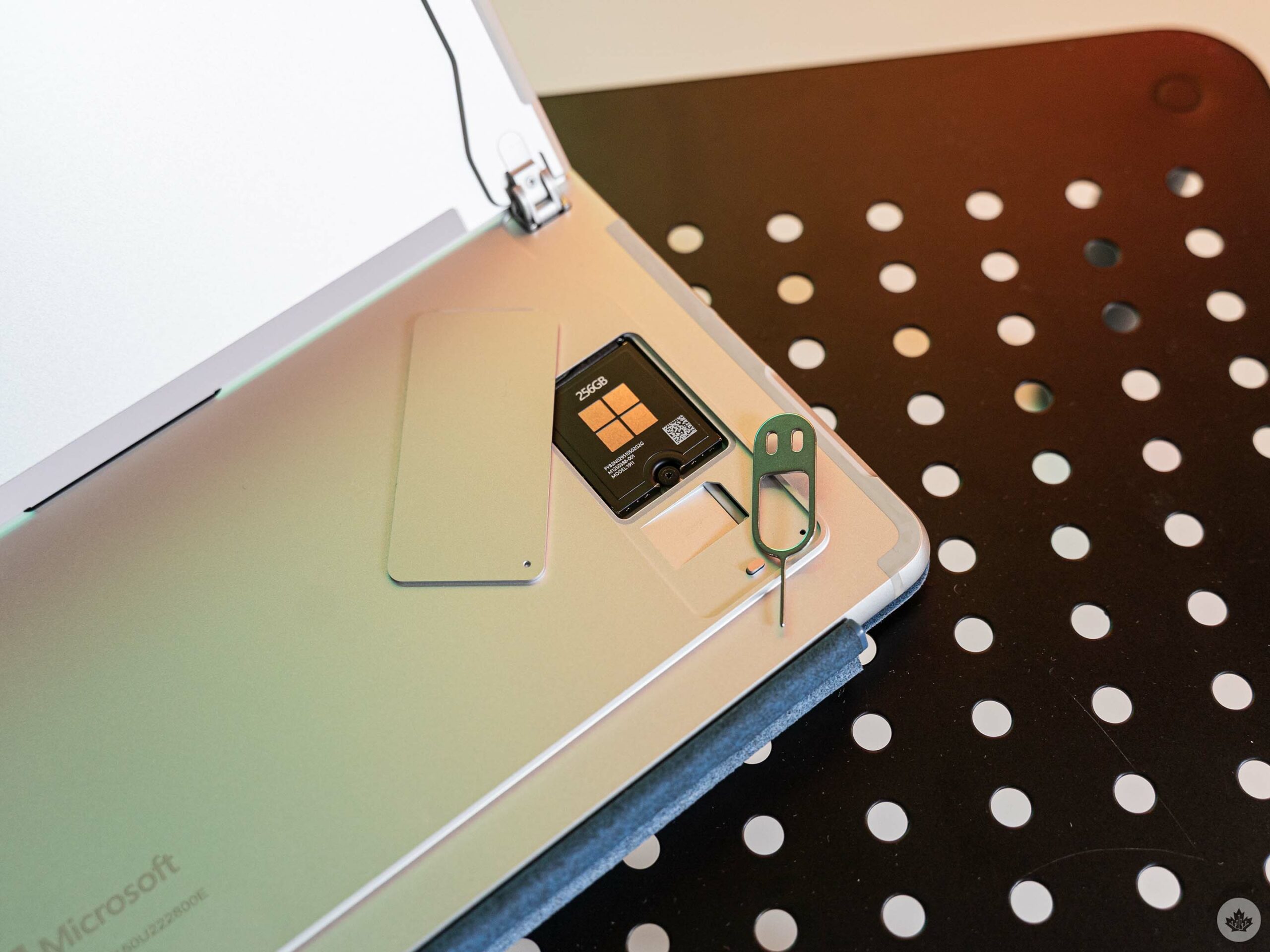 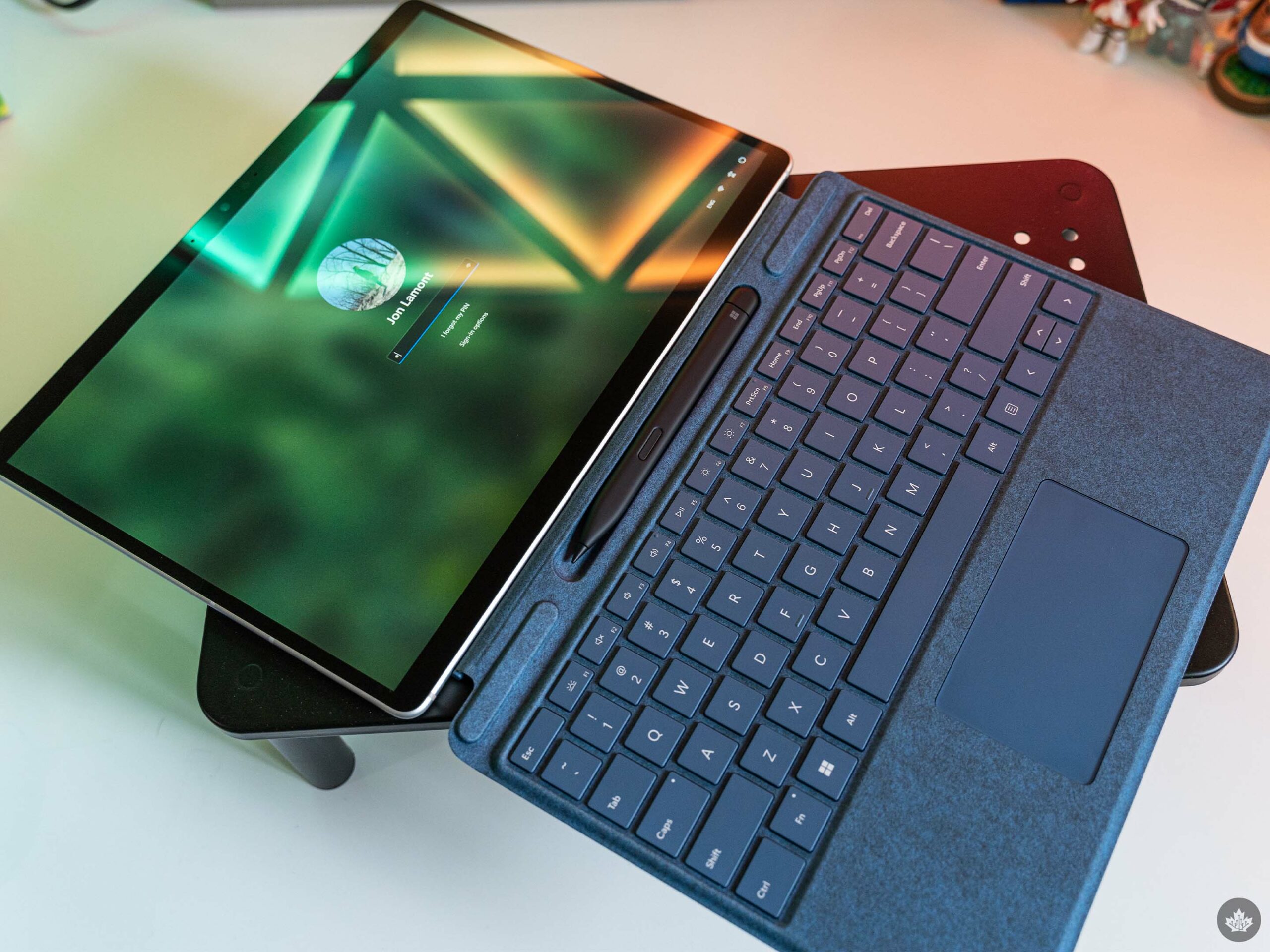 Microsoft’s Surface Pro X and now Pro 9 with 5G have been the staple Windows on ARM devices for years. They aren’t the only Windows PCs running on ARM chips, but they’re arguably the most high-profile. Much the same way that Google uses its Pixel line to steer the Android ship, Microsoft tries to guide PC manufacturers with Surface. As such, ARM-based Surface devices should be an example for manufacturers to follow – unfortunately, they aren’t.

ARM PCs suffer on two counts; software optimization and raw hardware performance. These issues remain the biggest problems for the Surface Pro 9 with 5G, even with improvements in both areas. While Apple’s M-series chips have shown just what ARM can accomplish, Microsoft and other PC makers are still playing catch up. 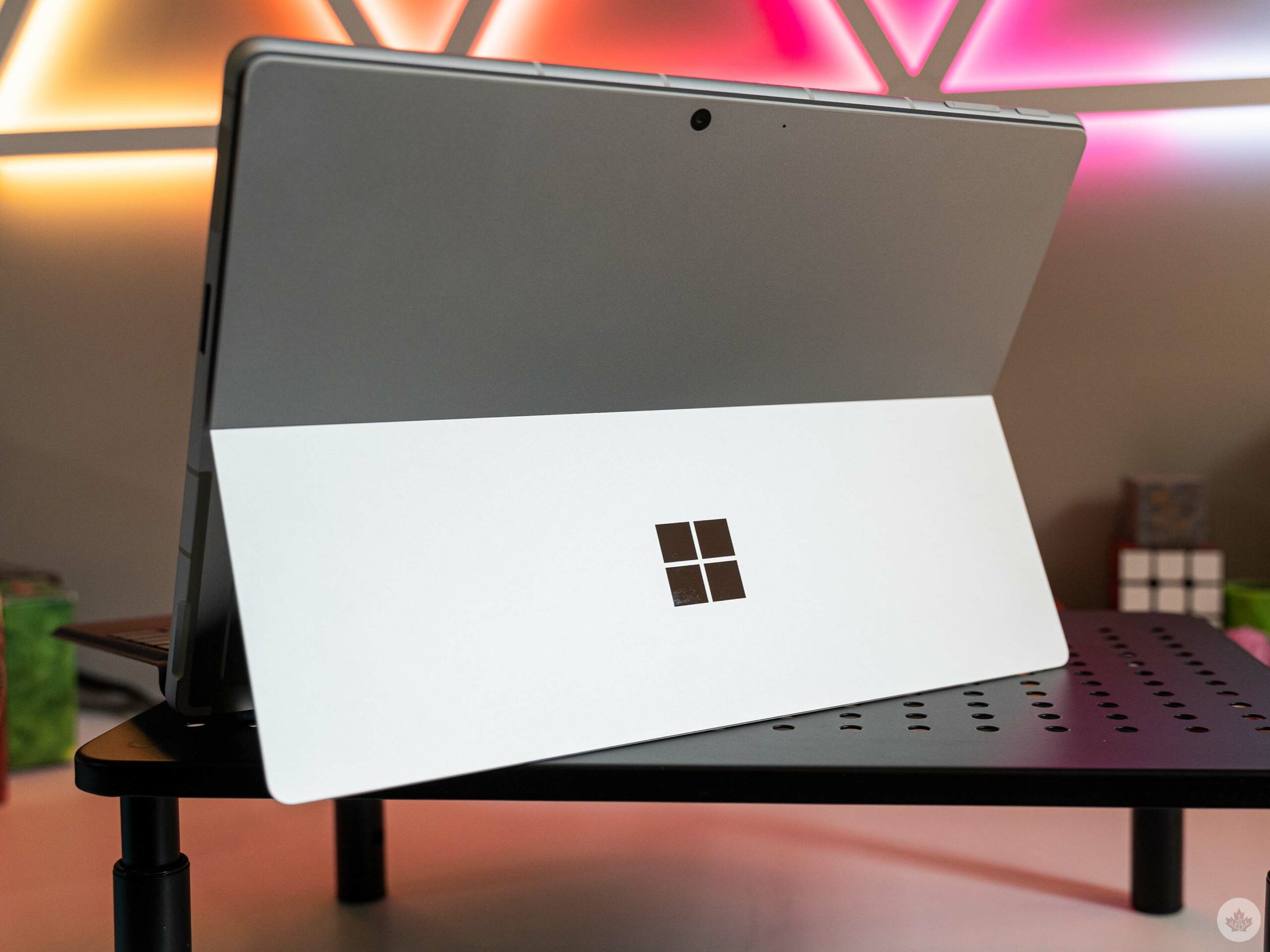 With the SQ3 and the Pro 9 with 5G, I found, with some surprise, that I was actually able to use it for my day-to-day job with minimal issues. My typical workflow involves running way too many Firefox tabs (as I write this, I have 20 tabs open), along with other apps like Slack, Tweeten (an excellent Tweetdeck client for Windows) and Photoshop. I did have some performance issues with Firefox that turned out to be related to a bug with the browser, but after installing an update, I haven’t had an issue. I eventually gave up using Slack in its dedicated app since it often froze up when I swapped to it, but it may have been related to the same bug affecting Firefox. As for Photoshop, it worked fine if I was running the beta version, which includes support for ARM.

While this was much better overall than my experience with the SQ1 and SQ2, the SQ3 still left me wanting more.

Better performance on paper only goes so far 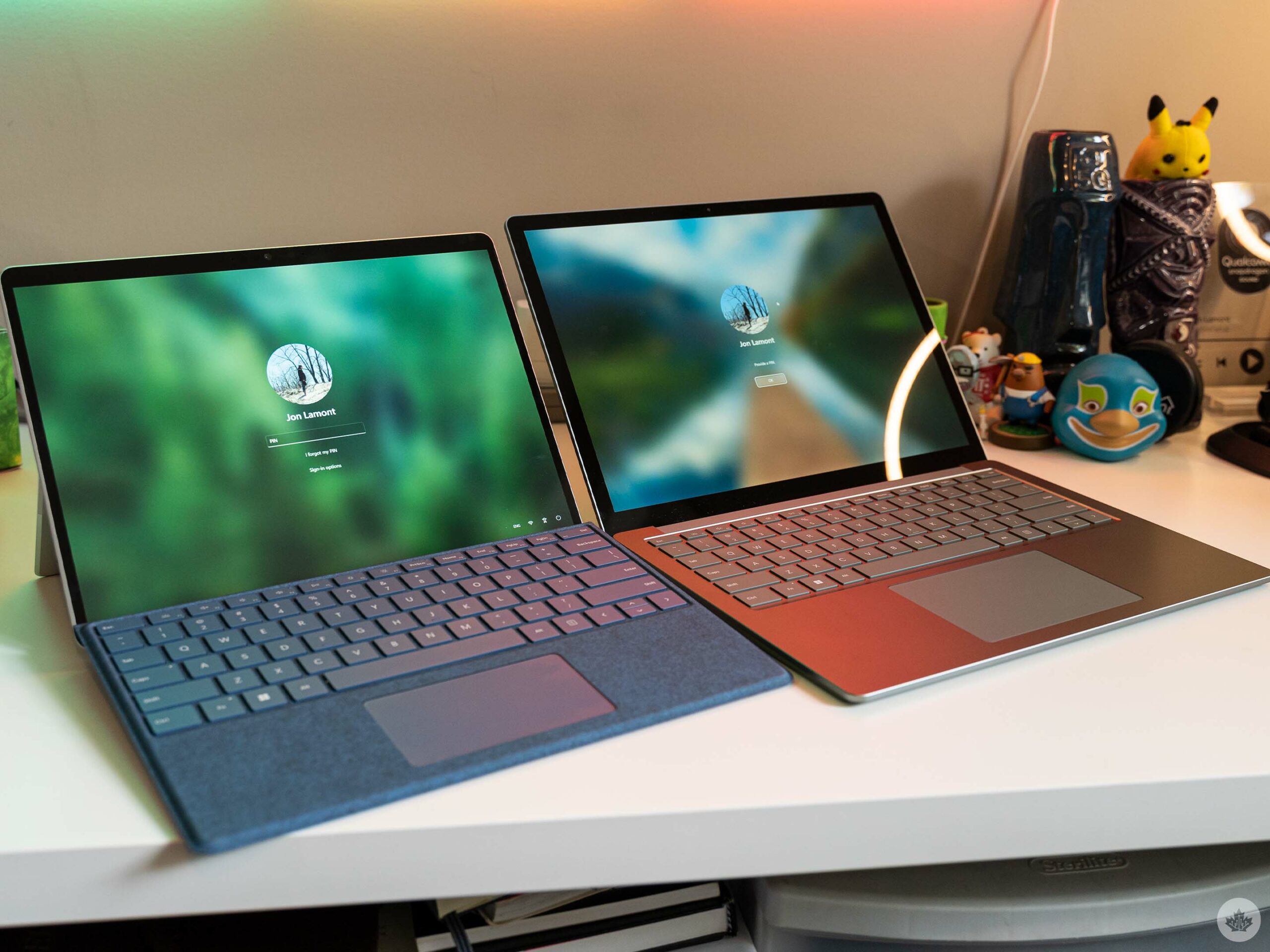 The SQ3 chip did boast better performance numbers in benchmarks than previous SQ chips and, in some tests, even had comparable numbers to last year’s Intel-powered Surface Pro 8. But as I often say, benchmarks hardly tell the whole story, and that’s as true for the SQ3 Pro 9 as any other device.

As I said above, I was able to use the Pro 9 with 5G to do my typical workload. It wasn’t a smooth experience.

There’s a distinct slowness with Pro 9 that isn’t apparent on similarly-specced Intel or AMD PCs. For example, when working on larger stories with multiple research tabs open across multiple Firefox windows, there were palpable pauses when switching between windows and tabs. Even while writing this review on the Pro 9, I often paused to wait for the text appearing on screen to catch up to my fingers (and I don’t consider myself a particularly fast typist).

Some might chalk it up to Firefox, but these issues persisted in other places, with Windows Explorer, Edge, Settings and more all being a little slower than I’m used to.

To be fair, none of these performance issues made the Pro 9 with 5G unusable. I just felt less efficient while working on it than on other laptops. Moreover, most people would likely do fine with the Pro 9, especially if they play to its strengths (which, admittedly, I don’t).

One strength of the SQ3 I will note is that it offers decent battery life. It was able to last through almost a full workday with heavy use, and virtually no performance hit when running on battery, unlike Intel and AMD chips which perform much better in my experience when the device is plugged in. 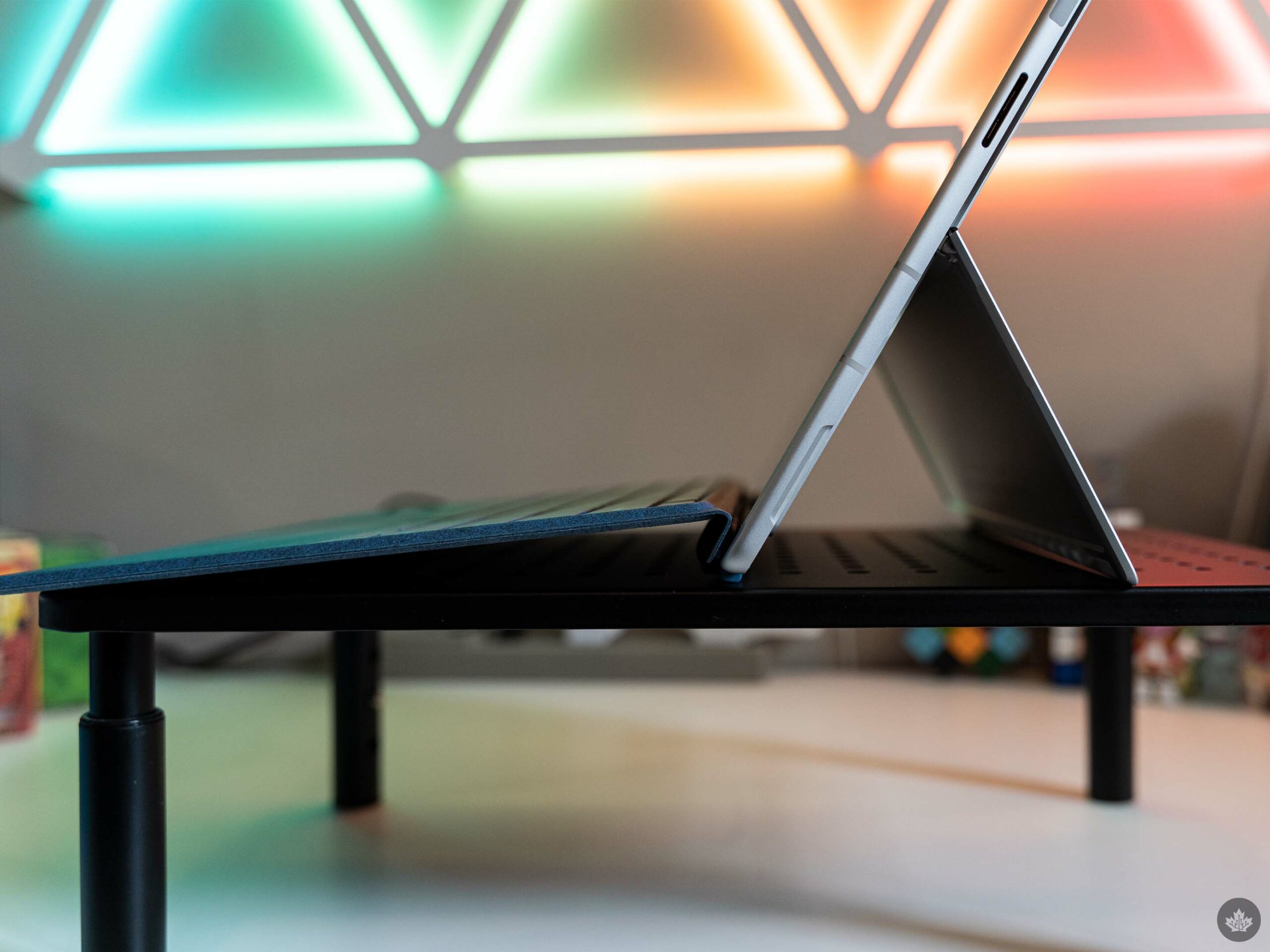 There’s not much to say about the Surface Pro 9 with 5G’s design since it has hardly changed. Microsoft did introduce some fancy new colours this year, which look great, but sadly aren’t available for the Pro 9 with 5G – it only comes in ‘Platinum,’ while the Intel variant ships in ‘Sapphire,’ ‘Forest,’ and ‘Graphite’ too.

Microsoft did move the buttons and ports around, marking one of the few changes to the exterior. Both power and volume buttons reside in the top-left corner, while the two USB-C 3.2 ports hang out on the left side (on the Intel version, these are USB-C 4.0/Thunderbolt 4 ports) and the Surface Connect port occupies the right side. There’s also no 3.5mm headphone jack on the Pro 9 with 5G. The Intel variant sports the same port and button layout.

One difference between the Pro 9 with 5G and the Intel Pro 9 is the former has several antenna bands for 5G connectivity. I don’t mind the antenna bands, but some people may find them unsightly. Thankfully if you don’t need 5G, there’s no strong argument to get the SQ3 Pro 9 over the Intel variant. 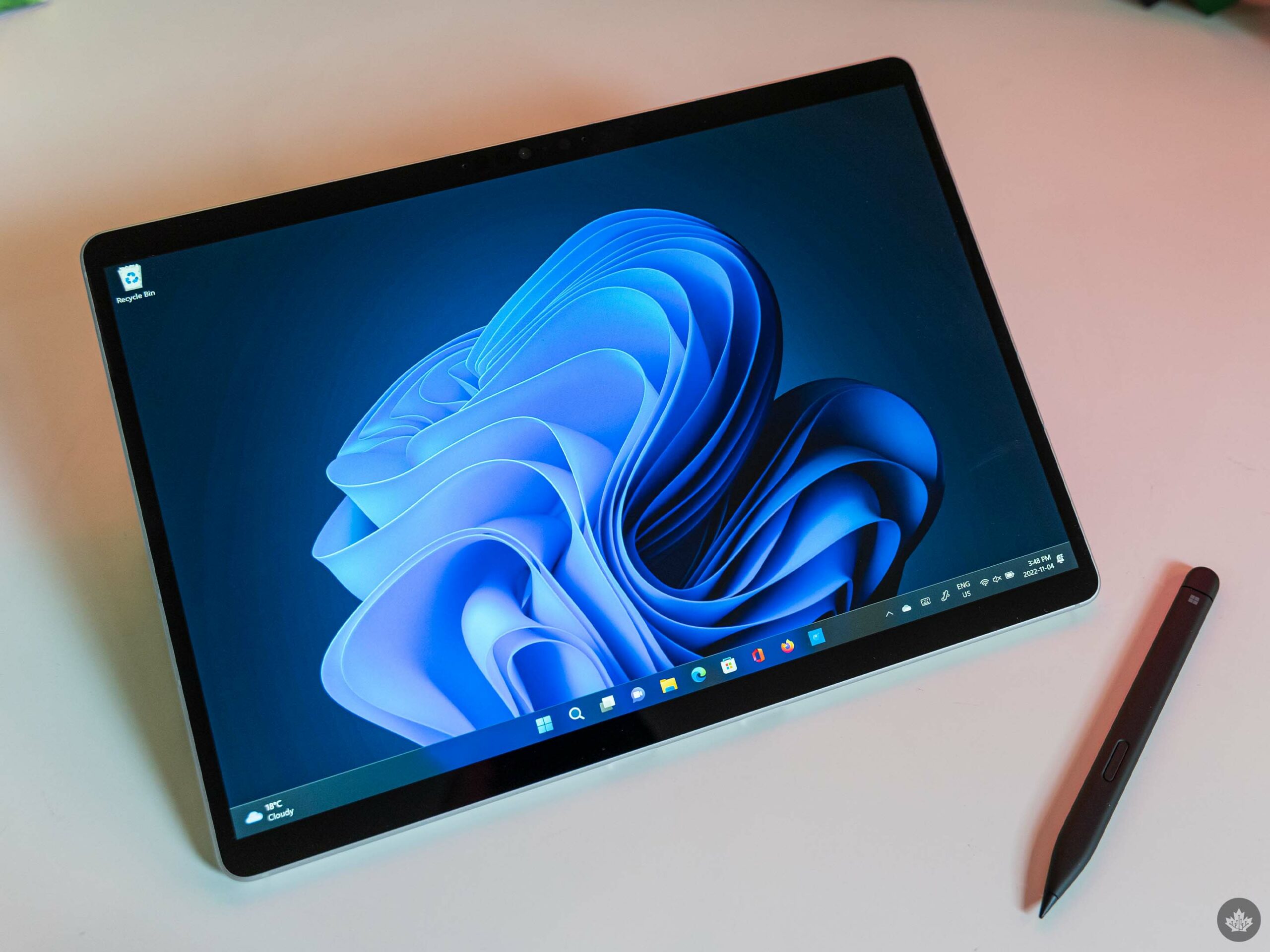 Ultimately, the biggest selling point of the Pro 9 with 5G is – you guessed it – 5G. Although it’s not the first Surface to boast cellular connectivity, it’s the first to support 5G. One of the common selling points of 5G is that it’ll be a great option for working on-the-go, providing fast internet access wherever you have 5G signal.

It’s worth noting that you may need to tell the Pro 9 how you want to connect before you can start using this. The PC supports either physical SIM or eSIM – by default, my Pro 9 was set to physical SIM and wouldn’t let me view any providers from the included ‘Mobile Plans’ app until I switched it to eSIM (you can do that in Settings > Network & internet > Cellular).

Unfortunately for Canadians, almost everything about the 5G experience will suck. The only supported Canadian provider is Bell, and I knew things were off to a bad start when I got a Bell ad on the Pro 9 within minutes of setting the device up for the first time. I went through the set-up flow to add a Bell plan to the Surface Pro 9 – there’s only one plan option, and frankly, it's abysmal. 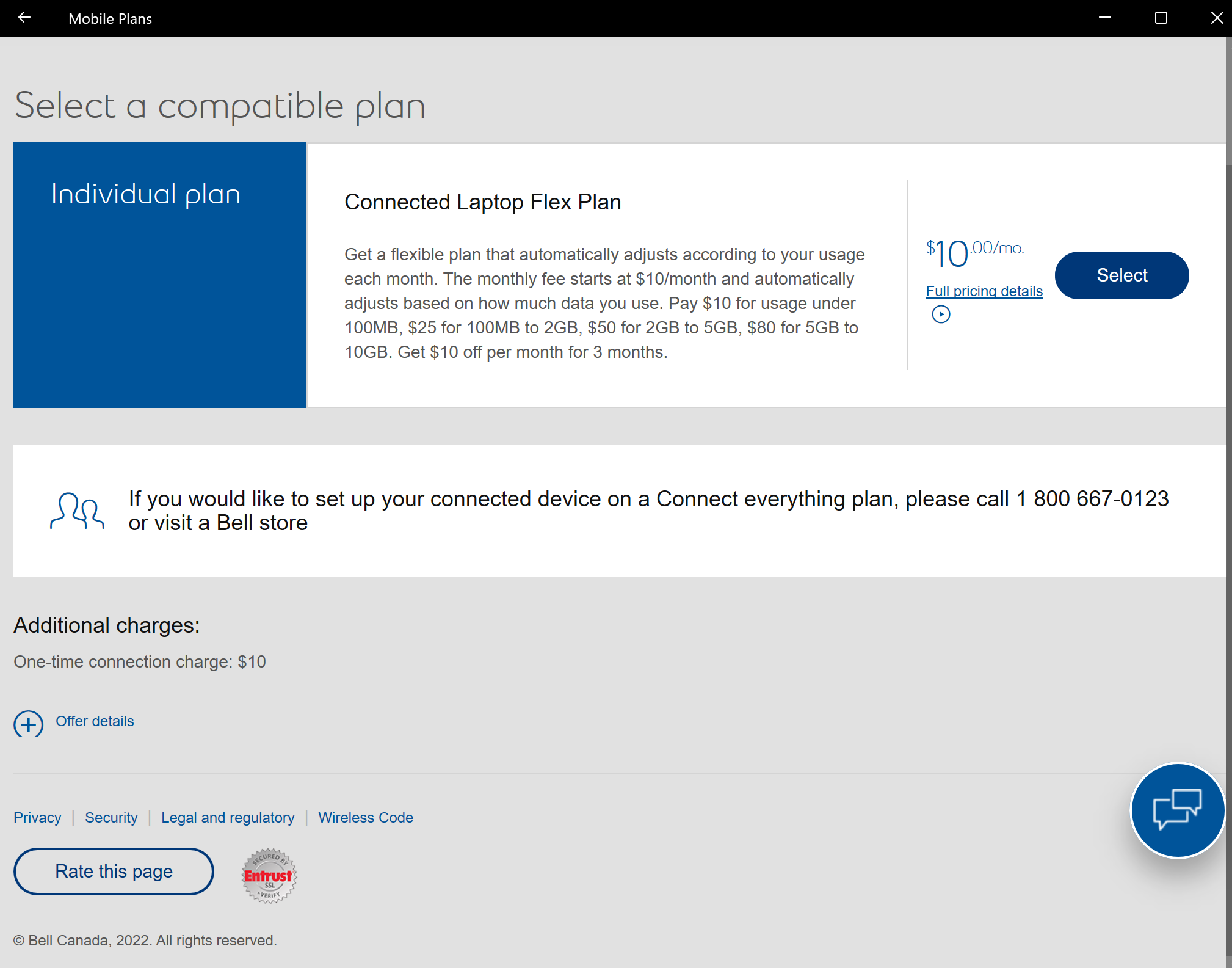 Since I already overpay Bell for my smartphone (a bill that just went up after adding a cellular Pixel Watch to my account), I opted not to set up another expensive add-on for 5G on the Surface Pro 9. 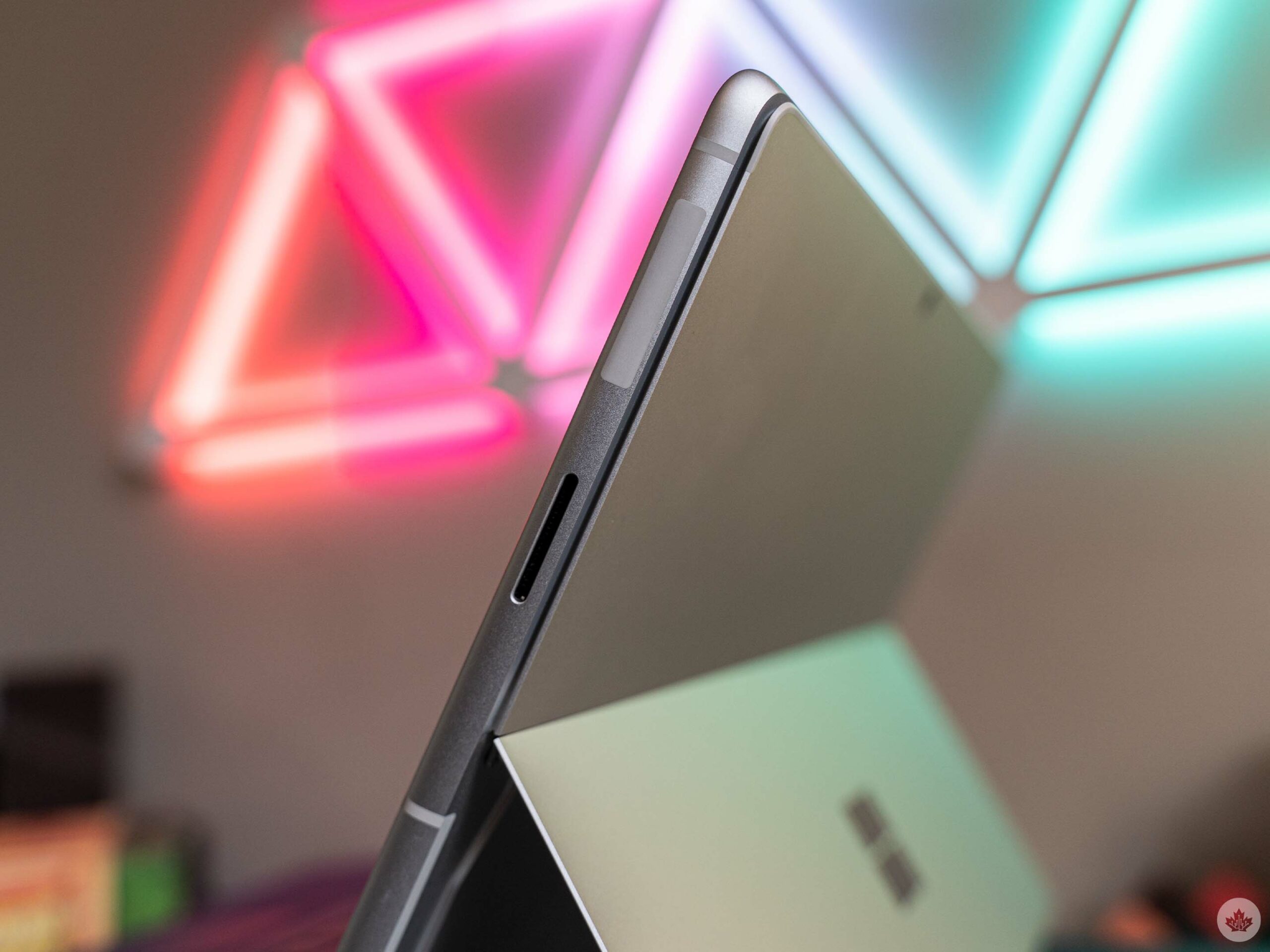 There were other options besides Bell, however: GigSky and Ubigi. GigSky’s pricing is a little better with $39.99/5GB and $74.99/10GB options for 30 days (there are smaller data buckets for fewer days too). However, it’s still not great (plus, the GigSky website doesn’t specify if it offers 5G connectivity). Ubigi, on the other hand, does support 5G but not in Canada, and every plan I looked at (even ones that say Canada) included text saying, “These data plans cannot be used by Canadian users in Canada.”

Suffice it to say that unless you plan on paying Bell a bunch of money (or getting a physical SIM for the Pro 9 from another carrier), the benefit of 5G is mostly moot. 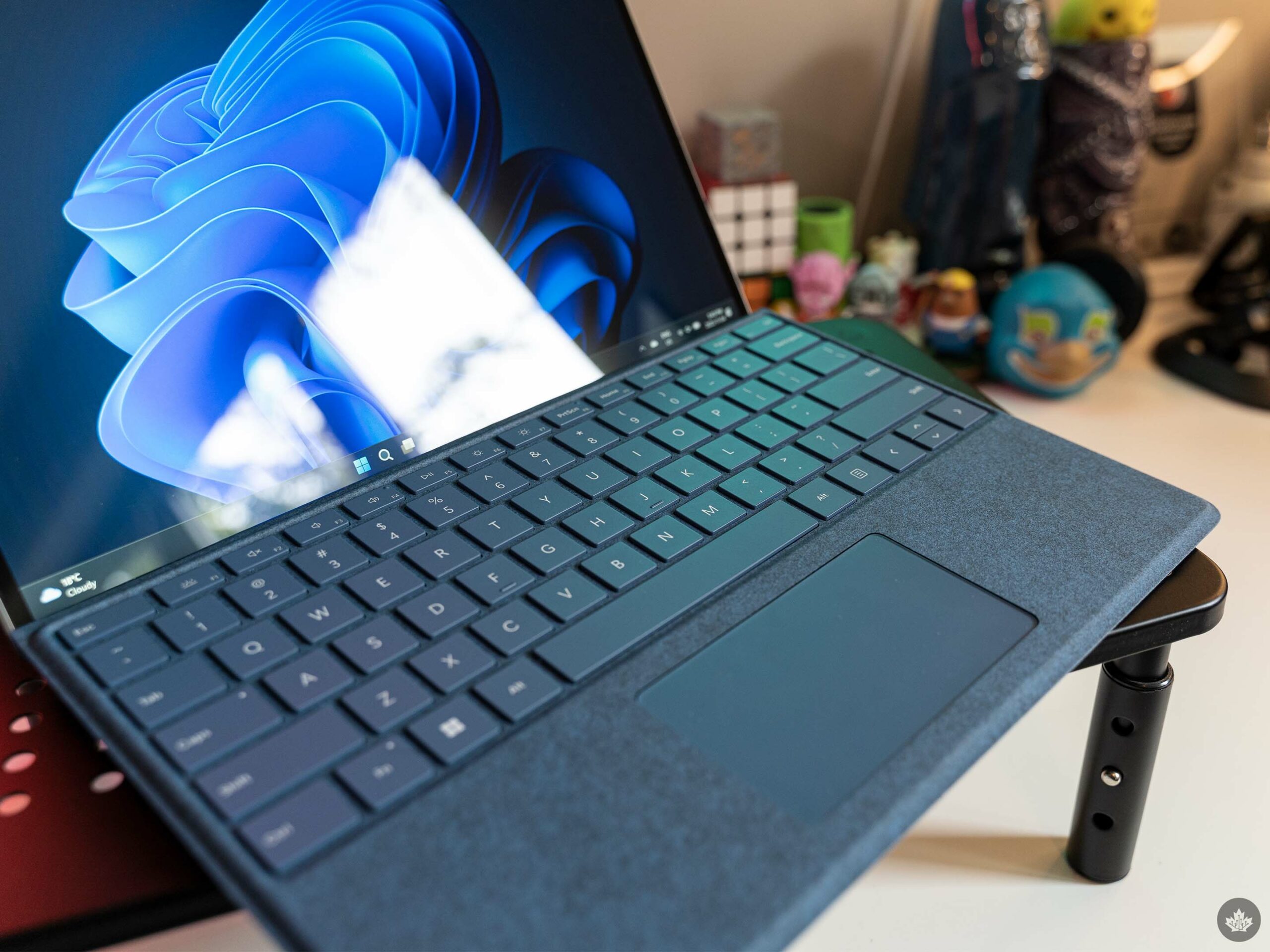 I’ve raised this issue a few times before, so I’ll keep it brief this time – the Surface Pro accessory system feels like a scam. At the time of writing, if you pick identical configurations of the Surface Pro 9 and Laptop 5, the Pro 9 costs more. Worse, that’s before you add in the extra $349.99 you’ll pay for the Pro 9’s keyboard and stylus. 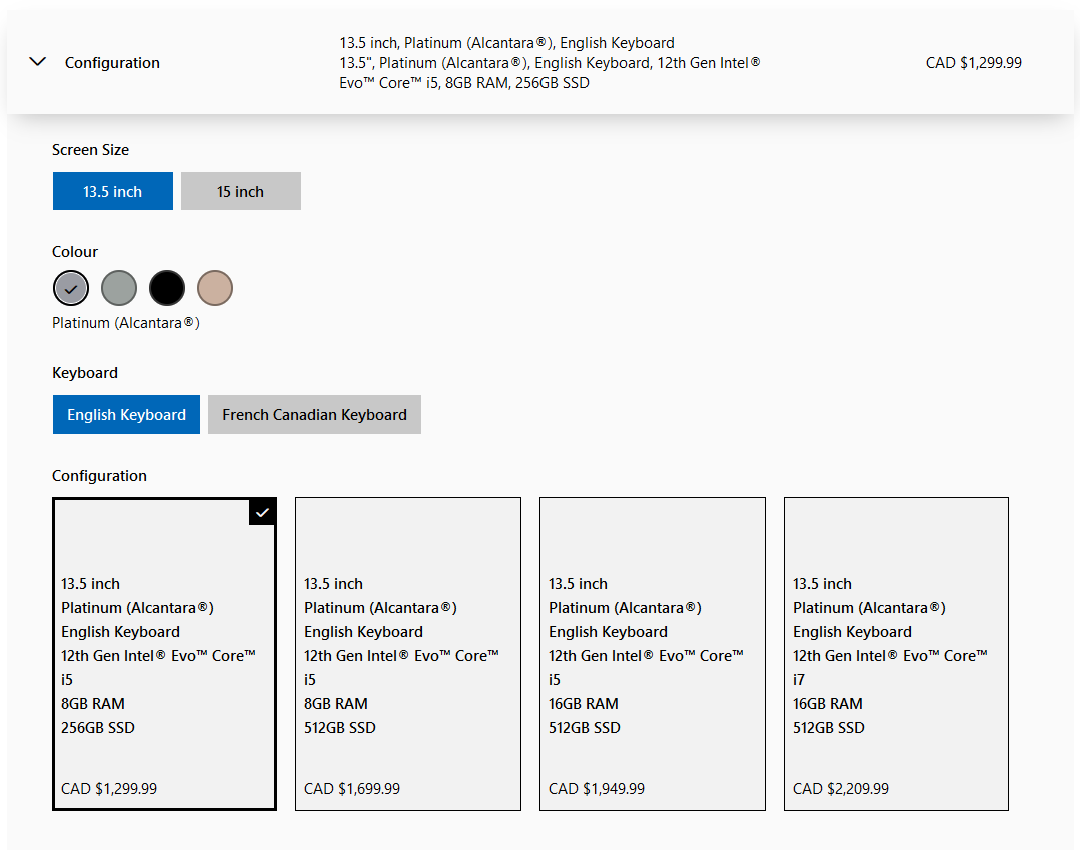 Is the Surface Pro 9 worth it?

Whether or not the Surface Pro 9 is worth it depends on what you need out of a PC. I’d recommend the Pro 9 as a great option for someone looking for an excellent 2-in-1. The Surface Pro is still king in that category, and while the iPad Pro is arguably a better tablet, it’s a worse PC. The trade-off with the Pro 9 is it’s a mediocre tablet, but an excellent PC. That gap is getting much narrower, however.

As for the Surface Pro 9 with 5G specifically, I can only recommend it if you work on the go and away from Wi-Fi often enough to warrant having built-in 5G capability (and if your wallet can take another hit from the Big Three). Outside of that, save yourself some stress and get the Intel variant.

And if you don’t need the tablet features, skip the Surface Pro 9 entirely and pick a nice laptop – perhaps the Surface Laptop 5, although I need to put it through the wringer first.

Finally, neither the Surface Pro 9 or the Pro 9 with 5G are “must-upgrades.” If you have an older Surface Pro that serves you fine, neither Pro 9 model offers many benefits. That said, if your Surface Pro needs an upgrade, the Pro 9 is an excellent option.

The Surface Pro 9 remains an excellent 2-in-1, but if you don't need 5G, get the Intel version.