Spigen’s Thin Fit Pixel 7 case isn’t exactly thin, but I still like it

The 'Metal Slate' colour looks fantastic with the 'Snow' Pixel 7 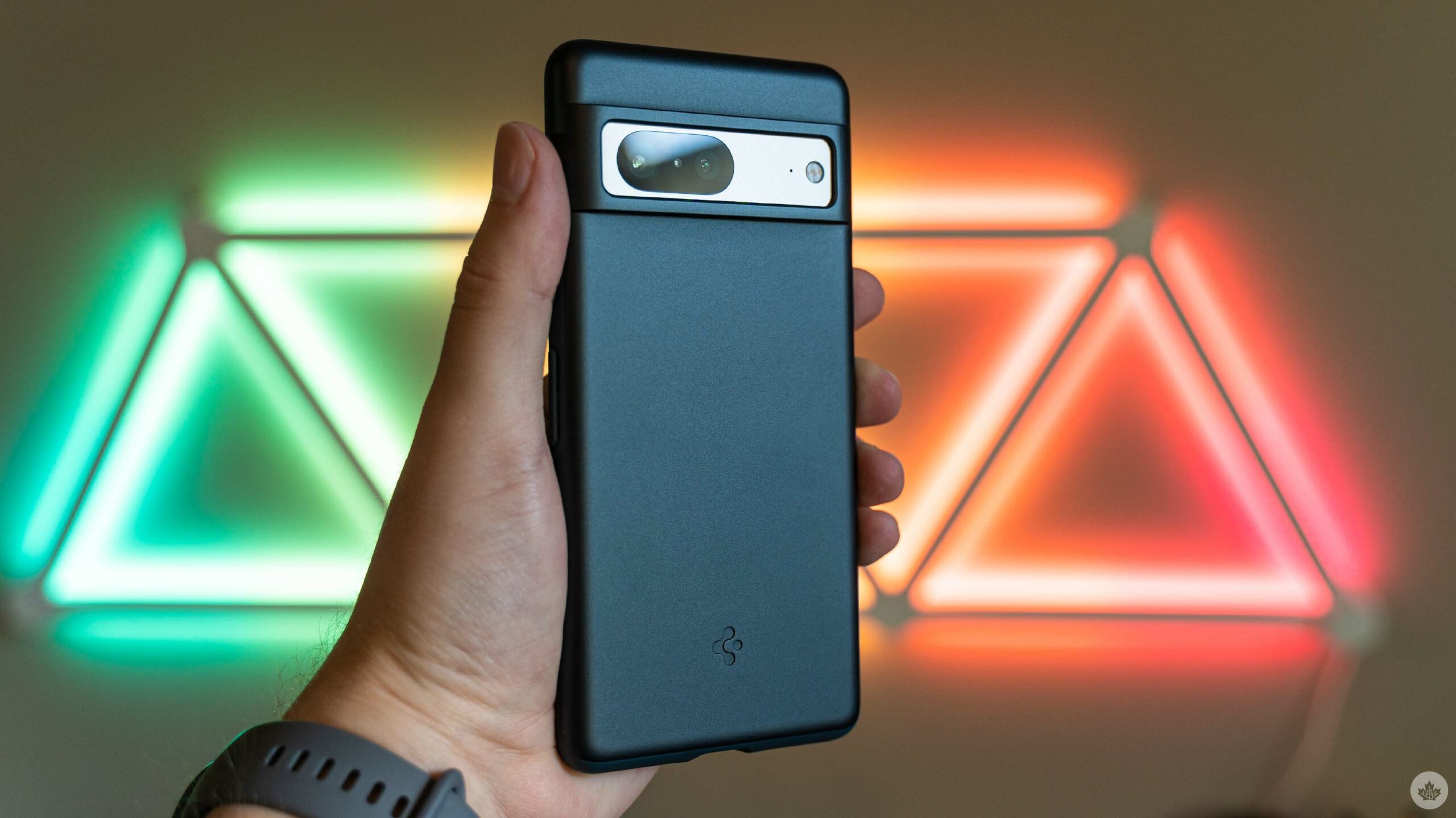 I’m not big on smartphone cases, but Spigen’s ‘Thin Fit’ case for the Pixel 7 has warmed me up to cases a little.

If you follow along with my reviews on MobileSyrup or my occasional SyrupCast appearance, you may already know this. Mostly, it comes down to a simple preference for thin, svelte devices. Frankly, cases add too much extra bulk for my liking. Frustratingly, most ‘thin’ cases aren’t really that thin, or are cheap, low-quality, and break quickly.

Unfortunately, as someone who typically daily drives a Pixel, Google has opted for glossy glass back panels on its latest models. That decision means otherwise excellent devices like the Pixel 6, 6a, and 7 are slippery and less pleasant to use without a case than previous Pixels with grippy matte textures.

This came to a head with the Pixel 7 when it slid (without any provocation) off my counter and took a tumble while I was testing it for my review. Thankfully, it didn’t break, but the fall left a few unsightly scuffs on the metal edge. Instead of my typical pattern of buying a “thin” case that I’d eventually come to hate, I decided to try Spigen’s Thin Fit case for the Pixel 7.

I’d avoided Thin Fit cases for other phones under the suspicion that I’d find it too bulky. On the one hand, I was right about it being bulky for a “thin” case. On the other, I’ve liked it more than I thought I would. 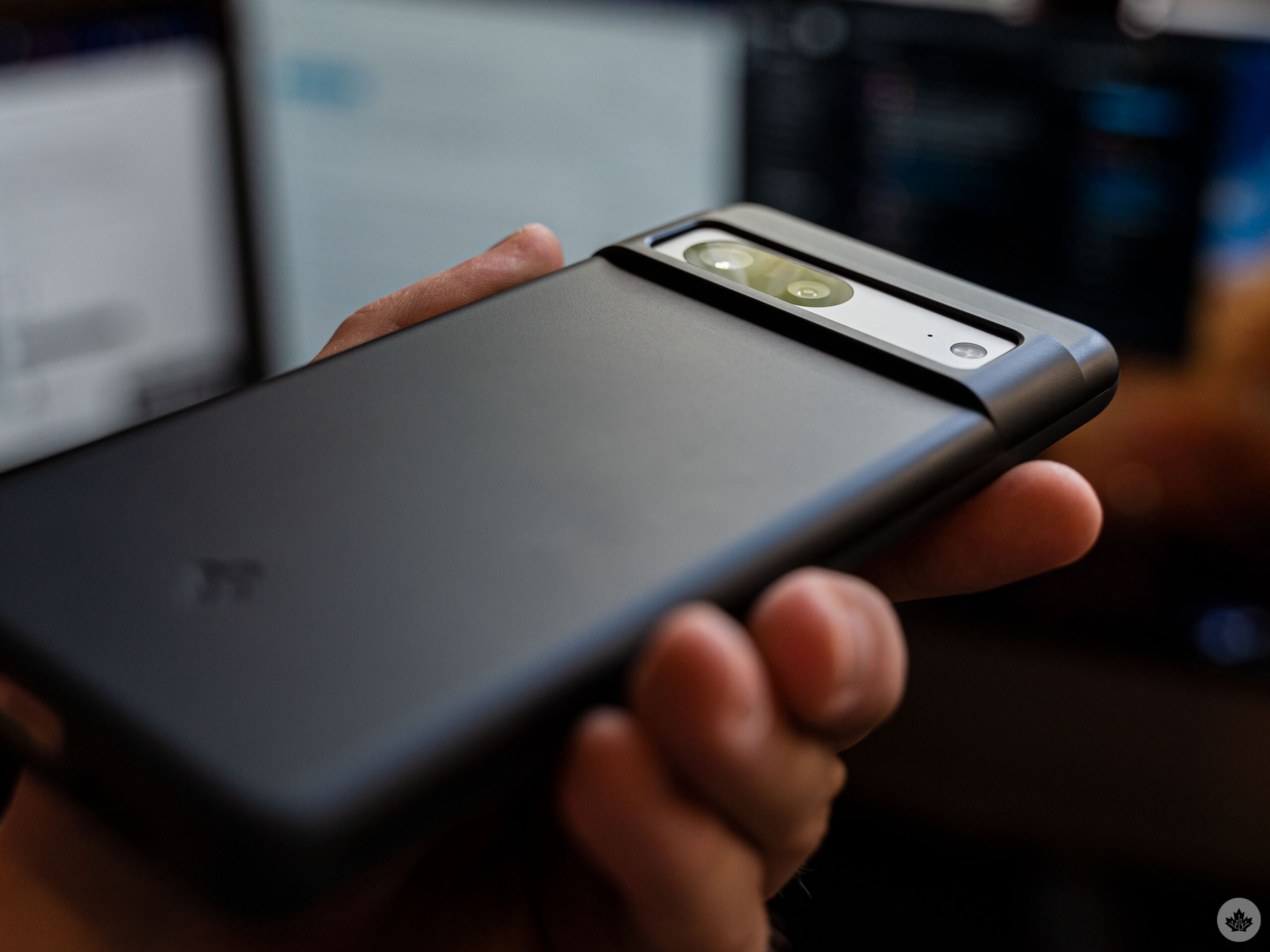 The Thin Fit case for Pixel 7 sports a bit of a two-tone look. I went with the ‘Metal Slate’ colour, which is quite nice, but there’s a plain ‘Black’ version too (also with a two-tone look). Around the edge is a softer, grippier material around the edge, then a slightly harder section across the back that sports a metal-like sheen (although it’s worth noting it’s not metal, and the case is a single piece).

The softer edge material has some flex, which makes it easy to slip the case on and off. It also comes up around the edge of the screen to offer some protection there — I personally hate this “feature” of phone cases, and it’d be one of the few things I’d change about the Thin Fit, but I understand why people like it.

Moreover, the softer edge features what Spigen calls a “sound tunnel” along the top edge. It’s basically a small lip around the earpiece that I guess is supposed to avoid muffling the sound, but it’s totally clear what it does.

Beyond that, the buttons are tactile, the charger, speaker and other cut-outs are precise, and the fit is excellent, especially around the camera bar on the back of the phone. I especially appreciate that it’s open to show off the bar (I really like how the ‘Snow’ colour of my Pixel 7 looks with the ‘Metal Slate’ colourway).

My only other complaint about the Thin Fit was it had a bit of a funky smell when I first took it out of the package. After a few days, the smell went away, but I didn’t appreciate the pungent odour. If you do opt for the Thin Fit, you may want to give it a few days to air out before you put it on the phone.

A good option for the Pixel 7 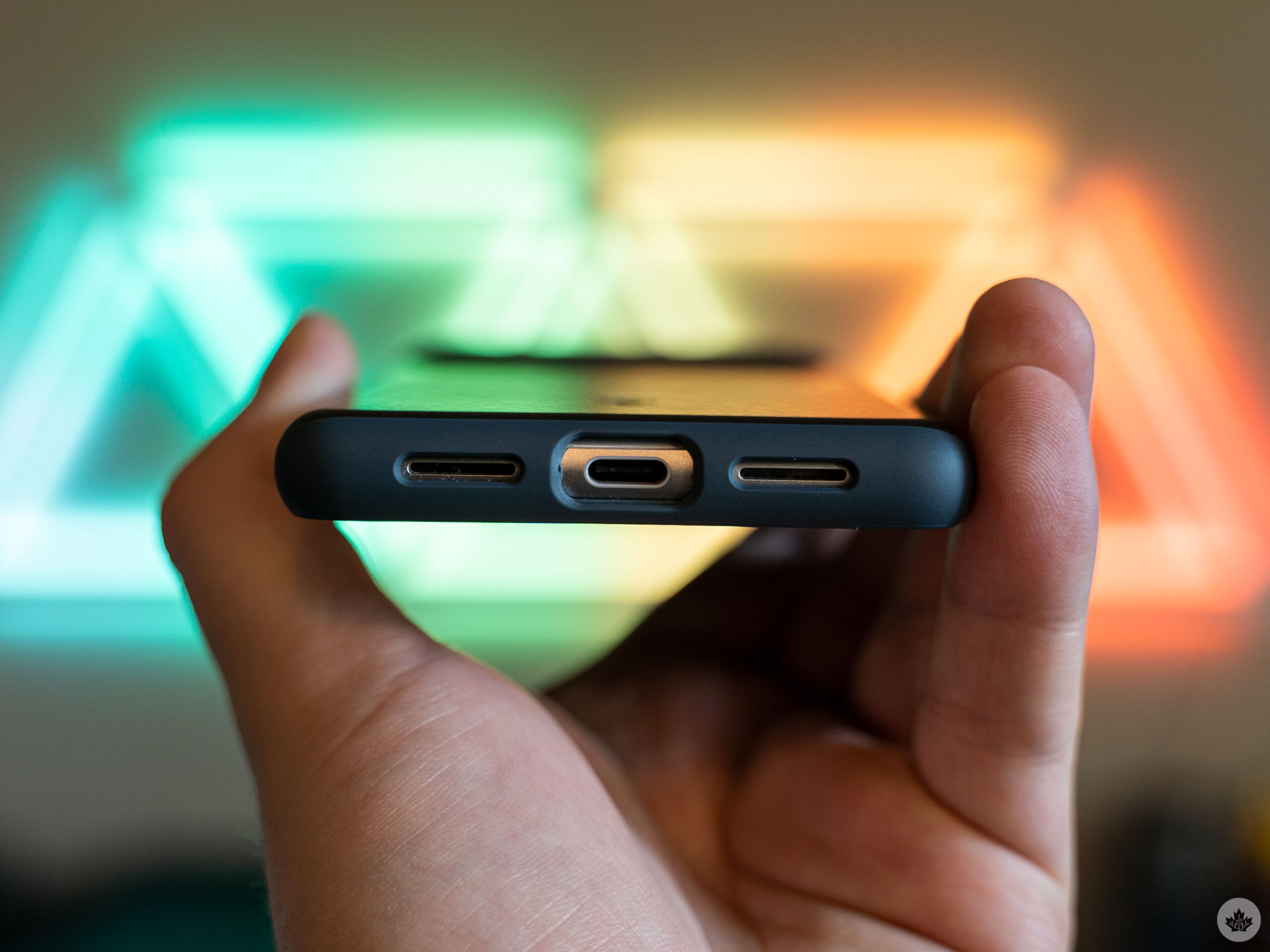 Overall, I’d say the Thin Fit is a decent option for the Pixel 7. It doesn’t quite scratch the ultra-thin, low-bulk itch for me, but it’s not super bulky either. The material is grippy without getting stuck coming out of my pocket, and it should stand up well to drops and tumbles.