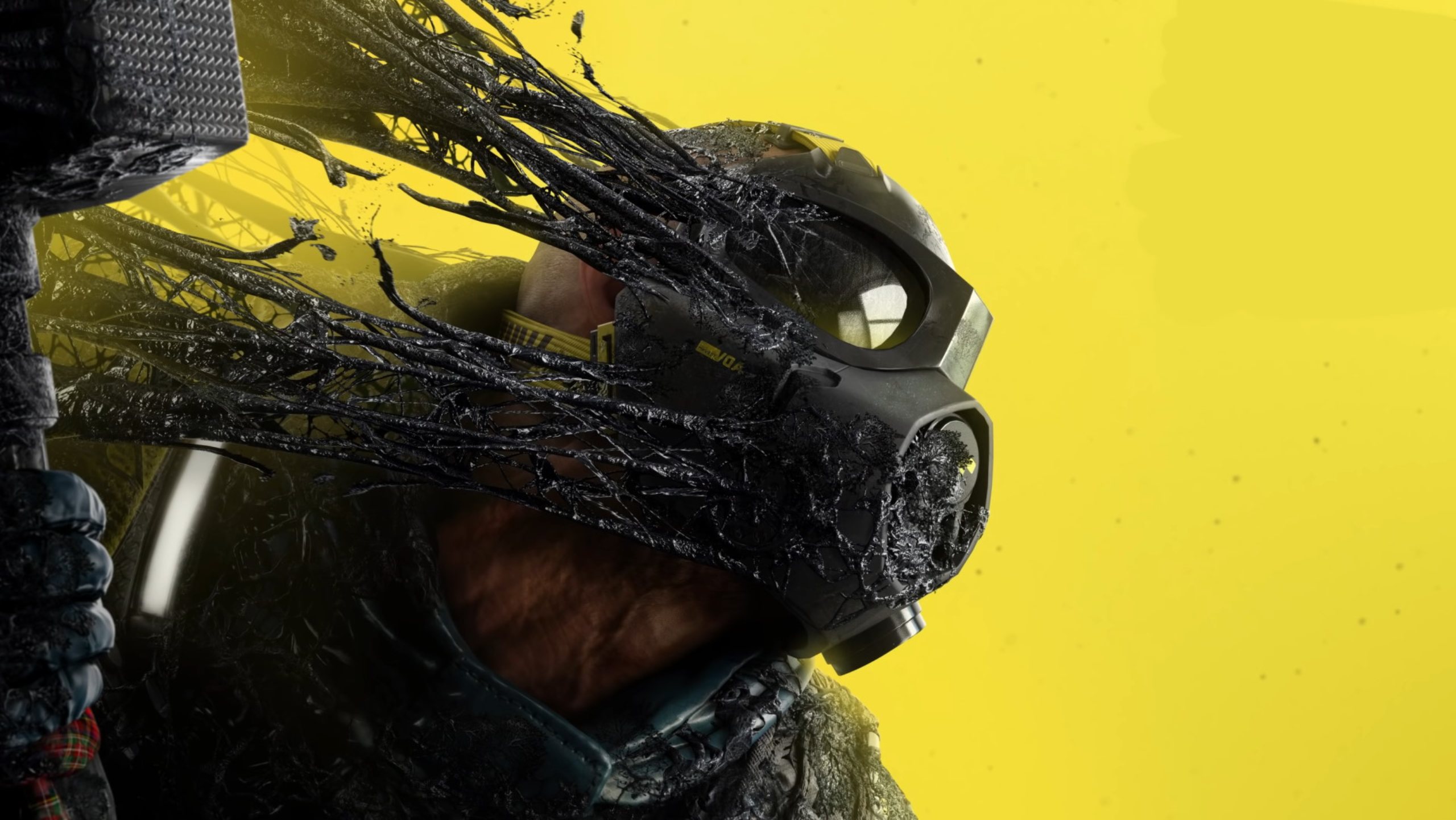 Working off the bones of 2015’s Rainbow Six Siege, this new installment in the Tom Clancy branch of games is shifting focus. Extraction transitions from player versus player (PVP) to cooperative with teams of up to three facing a parasitic threat looming over humanity.

I’ve always considered myself a casual fan of Siege, investing 40-plus hours into the game across its many years of growth. The prospect of a player versus environment (PVE)-focused spinoff sounded enticing to me. I’ve always adored the slow, more methodical pace of Siege and thought it’d translate well in a cooperative setting. 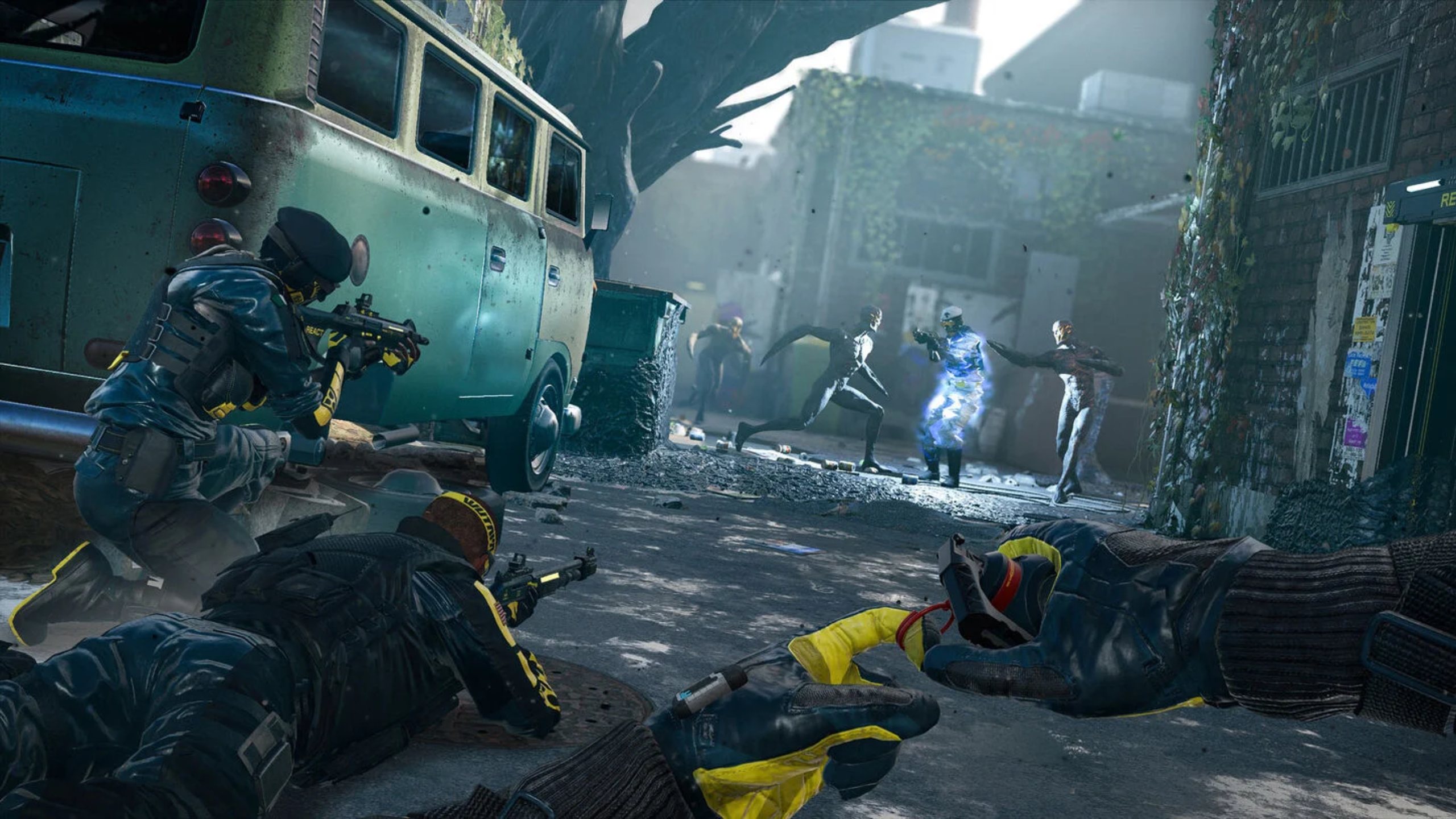 A lot of the framework of Siege makes for a compelling experience here in Rainbow Six Extraction. However, there is something inherently missing from the game. Rainbow Six Extraction loses a layer of unpredictable gameplay that came with facing another team of four. Instead, players need to adjust tactics based on difficulty modes and randomly selected objectives. That said, there is a lot to digest and enjoy in the game when playing either solo or with a reliable team.

Rainbow Six Extraction centres on the fallout and contamination following the discovery of a Russian capsule that landed in New Mexico. Containing a deadly disease and triggering a takeover of an alien threat known as Archaeans, Rainbow HQ created the Rainbow Exogenous Analysis and Containment Team (REACT). Operatives are sent to major HUBs around the U.S. to constrain and eliminate high threats while researching the parasite.

Objectively, it’s quite an interesting setup. Siege has been a relatively grounded game but Extraction plays way more fast and loose with the mythos and science we’re used to seeing in a Rainbow Six game. The game was first revealed as Rainbow Six Quarantine in 2019. Despite delays and a name change, the game’s iconography and heavy references to viral outbreaks and quarantine zones are unsettling when looking at the current state of our own world. 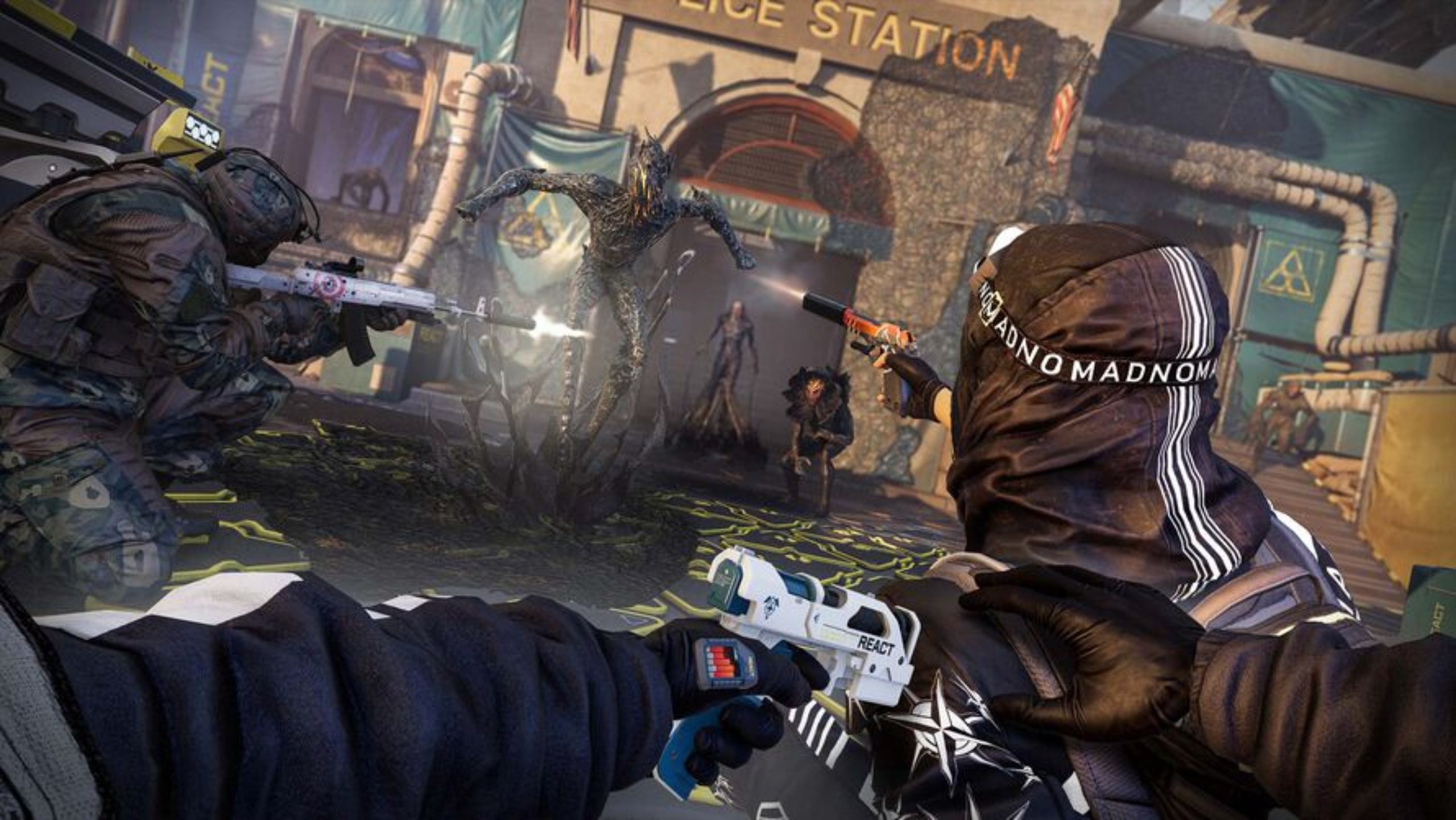 While story beats and setting distinguish Extraction from Siege, its available Operators and gameplay serve as the connective tissue between the titles. REACT is primarily led by Ash, a focal Operator. Other notable playable characters include Doc, Sledge, Tachanka and Nomad, along with 14 other core Operators from Siege.

Those familiar with the “hero” stats and abilities each Operator has in Siege will feel right at home playing Extraction. For the uninitiated, each Operator has a base Speed and Armour rating. These determine how fast they can move and how much damage they can endure.

Additionally, each Operator has a unique Ability. For instance, Doc, my personal favourite, is a healer with a stim pistol that can be used to heal teammates from range. IQ, on the other hand, is a scout Operator who can locate REACT equipment such as ammo and health through walls. Each Operator also equips a primary and secondary weapon as well as an explosive and piece of gear to use during each Incursion. 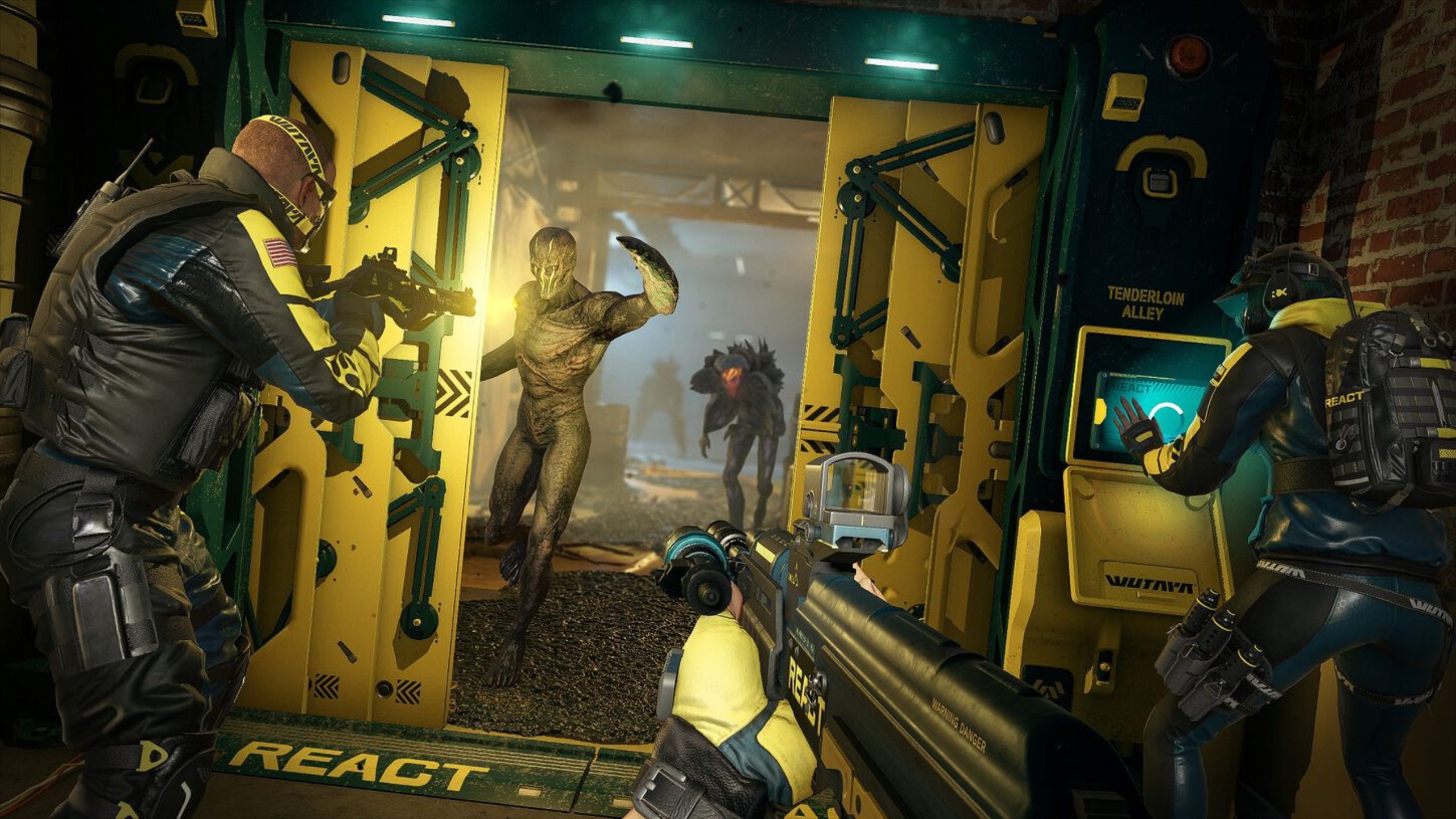 Extraction’s “mission” structure is broken up into four major HUBs around the U.S. These include New York City, San Fransisco, Alaska, and Truth or Consequences in New Mexico. Each HUB has three available sub-locations to choose from. Players can either run an Incursion by themselves or team up with two other players. Inclusions are made up of three interconnected sub-maps. Players are tasked to complete one of 12 random objectives in each sub-location. Afterward, they must exfiltrate without being overwhelmed by the enemy.

Once launching into an Incursion, players must navigate the map and avoid or defeat enemy Archaeans. There’s a narrow list of enemy types you will face along the way. You have standard Grunt types, Bloaters, which explode, Nests that consistently spawn new enemies, and more. If you tackle the harder difficulties for more experience, parasitic mutations become more common, which tack on buffs for each enemy.

“The atmosphere gets tense when all hell breaks loose and a horde of enemies comes barrelling towards you and your team.”

It’s an interesting change of pace for Rainbow Six, after 10-15 hours, I found myself building a rhythm when playing alone or with friends. During each Incursion, I used the allotted time in each sub-map to scope out enemy locations and tag them using a Recon Drone. From there, I found myself able to slink through each map. While crouching, I silently took down enemies on my way to the objective without much fuss. There is a bit of random number generation (RNG) in whether objectives merely have you plant trackers on Nests or something more complex. Unless I sorely missed a shot and the enemy was able to alert others, I found relative success in many runs. 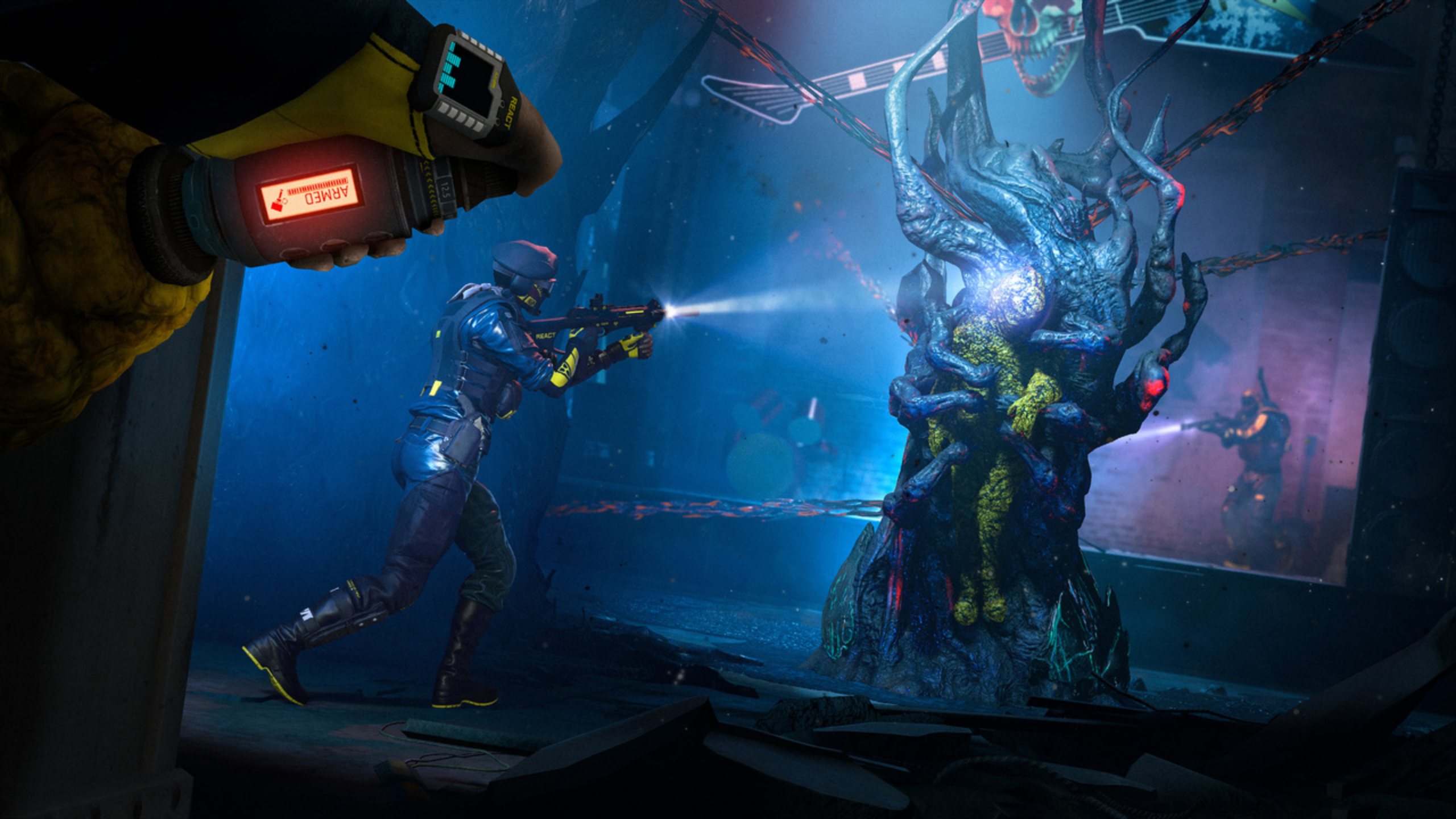 It isn’t until I began regularly facing more dangerous Archaeans. Examples include the impenetrable Smasher or shapeshifting Tormentor that my rinse and repeat structure persisted. I did begin to miss those unpredictable moments from Siege where another team could come out of nowhere. That said, the atmosphere gets tense when all hell breaks loose and a horde of enemies comes barrelling towards you and your team.

Rainbow Six Extraction features a semi-permadeath system. If you are downed and don’t successfully exfil from an Incursion, your Operator is kept in stasis and is MIA. From there, you will have to redeploy into that very same location. Players must save your missing Operator in order to use them again. At its core, this is a really neat system and introduces actual stakes to the game. That said, I have already had the pleasure of teaming with trigger-happy randoms. This resulted in an unsuccessful run and my Operator becoming MIA. 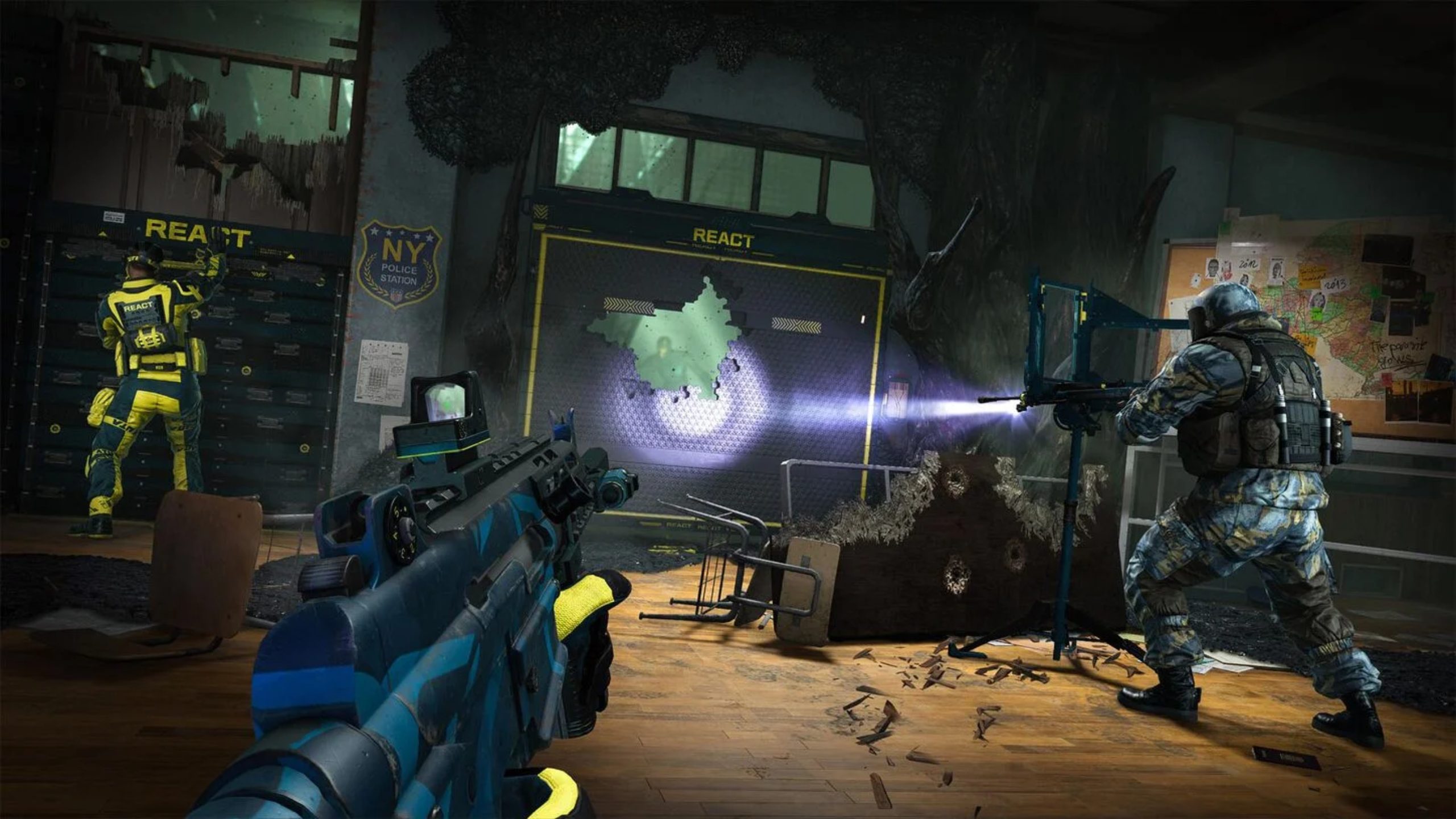 At launch, Rainbow Six Extraction features a pretty meaty progression system. By completing Incursion objectives and earning XP, Operator levels increase and unlocks for new REACT Tech are awarded. Players are incentivized to replay Incursions. Doing so unlocks all that the game has to offer. Plus, it offers a chance to get ready for the Maelstrom endgame content. This provides another layer of challenges to dedicated players.

Ubisoft Montreal has made the transition between Siege and Extraction enticing and easy. This is all thanks to a progression system with similar mechanics loops. For new players, there’s an accessibility difficulty level to tackle at the start. However, the game begs to be played with a team that can communicate to brave the more challenging difficulties and avoid routine gameplay and strategies.