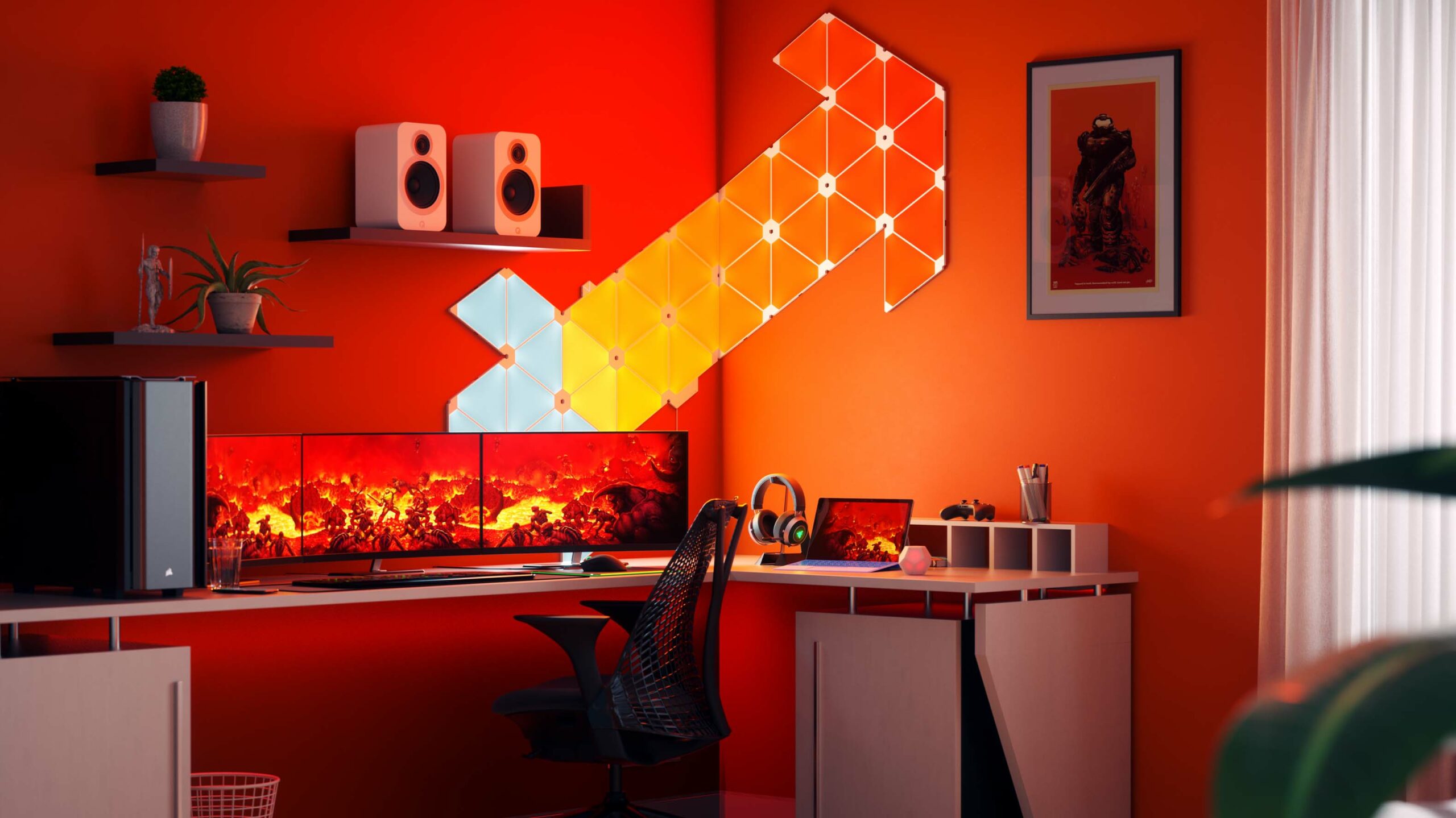 It’s not a huge surprise, given the company overhauled the original triangle-shaped modular lighting kit in 2020 to work with its new ‘Shapes‘ smart light panels. Panels under the ‘Shapes’ monicker feature improved snap-on connectors that work across various shapes, including hexagons, triangles and mini-triangles.

Officially, Nanoleaf says the original Light Panels are now considered ‘legacy’ products. In a long and somewhat cringey farewell video, the company explained (the relevant info starts at 3:39 in the video) that it will no longer sell the original Light Panels ‘Smarter Kit.’ If you head to the company’s website now, you’re not able to buy these anymore. You shouldn’t be buying them anyway — the newer Shapes panels make much more sense.

Next, Nanoleaf claims that existing owners of the original Light Panels will be able to continue using them “forever.” Specifically, the company says it will “never remove support for [Light Panels]” from its app. Additionally, the app will support adding the old Light Panels to the ‘Group Scene’ feature so that you can control them alongside new Nanoleaf lights.

That’s all well and good, but forever is a long time and it will interesting to see how long the company actually keeps supporting Light Panels in its software.

You can learn more about the Light Panel retirement on Nanoleaf’s blog and website.