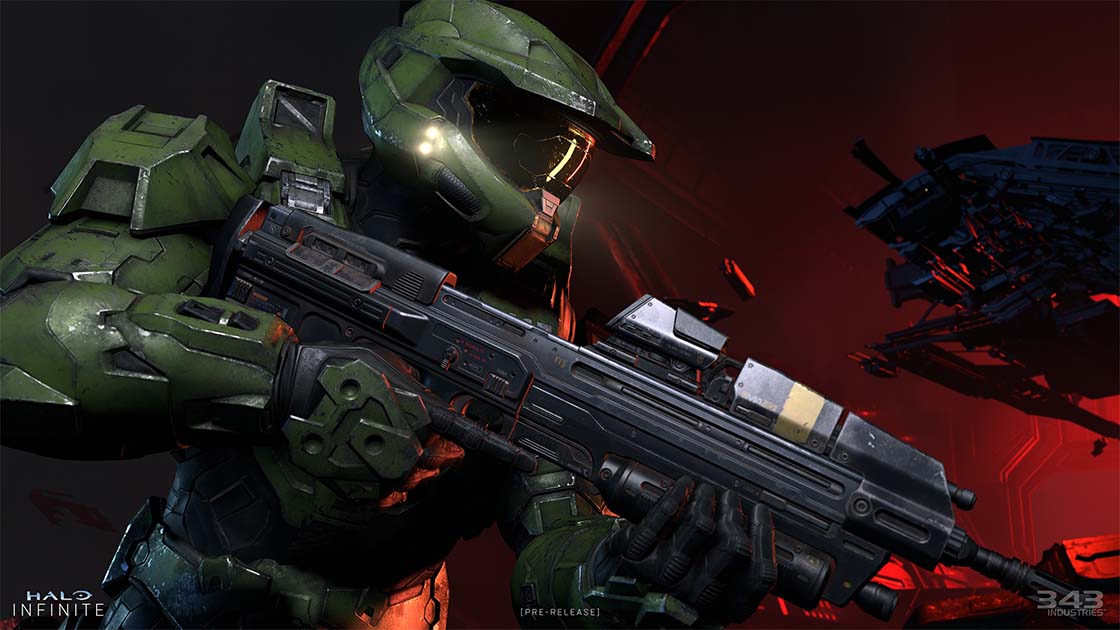 343 Industries has a lot to prove with Halo Infinite.

Since taking over the series’ mantle from Bungie back in 2012, the developer’s Halo efforts have been competent but not entirely stellar. For example, while Halo 4 features an excellent back-to-basics campaign in the same vein as Infinite‘s in some respects, the game’s multiplayer mode is lacklustre and tries too hard to mimic key features from the most popular shooter series at the time, Call of Duty. On the other hand, Halo 5 took the opposite approach, offering an excellent multiplayer mode and arguably the worst, most convoluted campaign in the franchise’s history — I’m looking at you, Spartan Locke.

I won’t even get into The Master Chief Collection, a compilation title that’s a great game now, but that was entirely unplayable at launch. 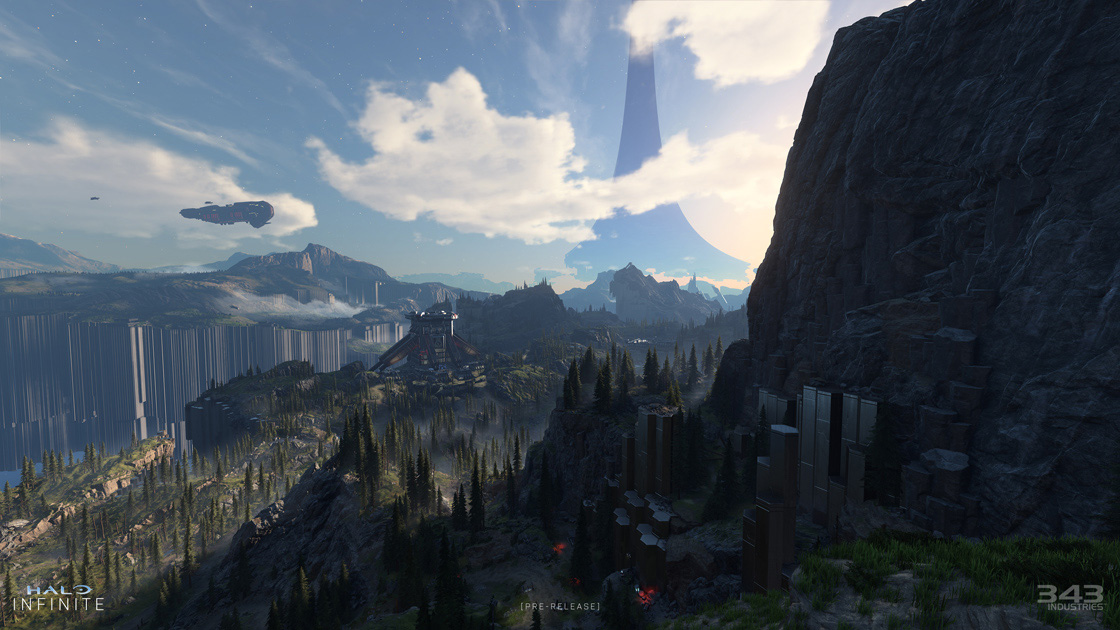 With all of this in mind, Halo Infinite is excellent and solves several of Halo 5‘s shortcomings. More importantly, for the first time since taking over the series’ development nearly a decade ago, Halo Infinite feels like 343 Industries’ own original take on the series’ iconic formula.

Leading up to Infinite‘s release, there’s been a lot of emphasis on the game’s open world. While Halo Infinite is indeed an open world title in some ways, that’s not the entire story. For example, the beginning of Infinite and its final few levels are classic Halo and funnel the player down a specific path. On the other hand, the open-world ‘Zeta Halo’ portions of the title are reminiscent of more open-ended Halo: Combat Evolved levels like ‘The Silent Cartographer.’ These sections of Infinite offer players a tremendous amount of freedom in how you want to accomplish the goal at hand.

For example, while most Forward Operation Bases (FOBs) — locations where you can stock up on weapons and vehicles — can quickly be taken out through a full-frontal assault, you could also hang back with a sniper rifle to shoot enemies down at a distance. The same can be said about Infinite’s other side missions, including wiping out Banished bases, helping marines pinned down in a firefight, hunting down ‘Spartan Cores’ and more. 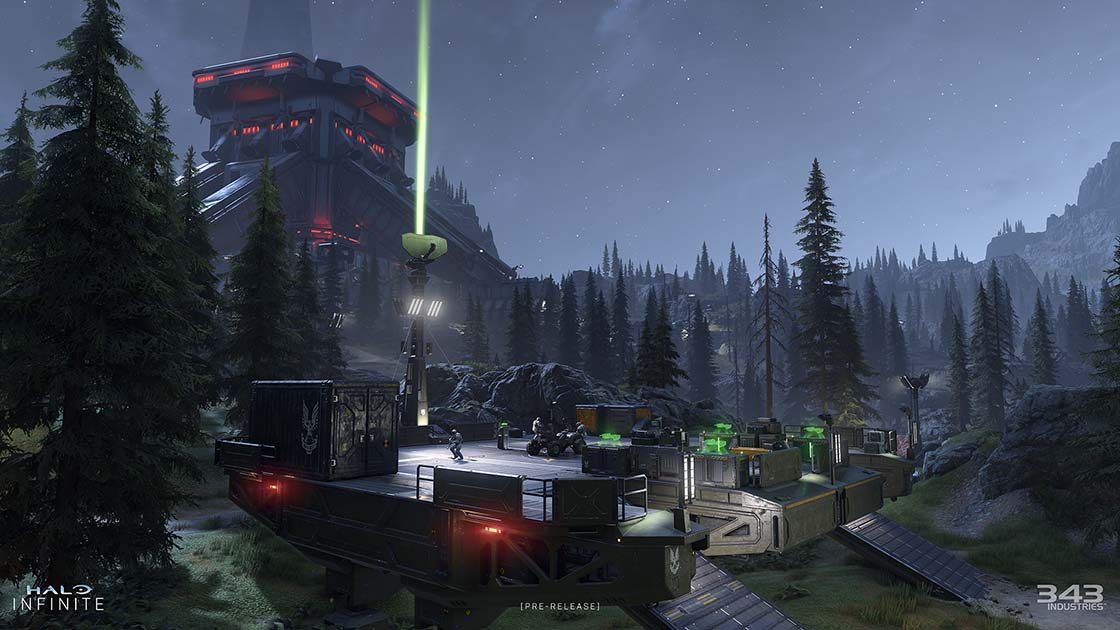 While these missions are generally engaging, I found that some can get repetitive rather quickly. For example, wiping out Banished bases can become a drag despite how intelligent the enemies’ AI is as it flanks and moves to get the jump on you. You sneak into the base, kill every enemy in sight, reinforcements arrive, and then you kill them, too — it’s nearly the same situation every time. Still, those concerned that Infinite‘s open world feels like a fetch quest-filled Ubisoft title don’t need to worry because that isn’t what 343 Industries offers here.

Zeta Halo is sprawling but doesn’t feel too big, and it’s full of exciting things to do, secrets to uncover and Banished to take down. There’s also a level of handcrafted lived-in detail to the world that we haven’t seen in past Halo titles. Small touches like a burned-out Scorpion tank, an overturned Warthog or a valley filled with dead UNSC ships really make it feel like the war between the humans and the Banished on this ruined ring world has been waging for years.

The game also looks great running on the Xbox Series X, with 343 Industries improving the visuals considerably since the campaign’s lacklustre 2020 reveal (for the record, I thought it looked fine before). There are some very strange framerate issues and weird glitches with character models, though I expect these will likely be ironed out shortly after launch. However, while the game looks great, if you were hoping Halo Infinite would offer a massive “next-gen” graphical leap, that isn’t the case.

Zeta Halo is fun to explore, but the environment can become repetitive at times. Though the crumbling ring world features seemingly endless mountains, winding roads and an abundance of structures, there isn’t a lot of variety to its overall look. Every section of the open world map looks similar and adopts the same tree- and mountain-filled design, which I found somewhat disappointing.

The addition of a winter biome similar to Combat Evolved‘s ‘Assault on the Control Room’ could have easily added a bit more variety to Zeta Halo’s environment. That said, even after completing several side missions and the entire main story, I’m excited to continue exploring Infinite‘s world because I’m sure there’s a lot I’ve missed, particularly when it comes to Spartan Cores, the glowing orbs used to upgrade The Master Chief’s various abilities. 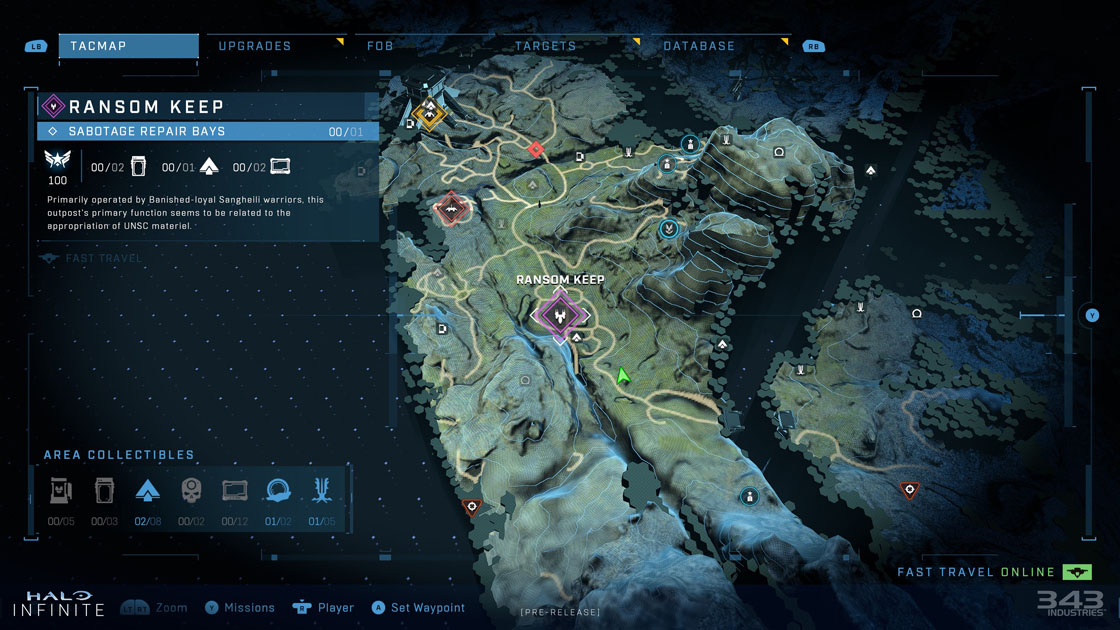 In that same vein, the tight pacing the series has become known for over the past 20 years is lost in Halo Infinite‘s open world areas. Instead of the cycle of an intense firefight, a moment of quiet, a cutscene and then repeating this formula, the player sets the pacing themselves.

If you feel like aimlessly exploring, you can do that. Maybe you’d rather drive between FOBs with a Razorback truck full of marines (give this a try because it’s a lot of fun)? You can take that route, too. As a long-time fan of the series, I found that in some ways, I missed the curated path the Halo franchise typically pushes you down. Thankfully, several excellent streamlined missions towards the latter half of Infinite harken back to the strong pacing the series is known for.

On a more positive note, Halo Infinite’s equipment — and, particularly, the ‘Grappleshot’ — make exploring its open world a lot of fun. The Grappleshot, which allows you to board vehicles, close the gap between enemies and climb mountains/other surfaces, is great — in fact, I can’t imagine the game without it. 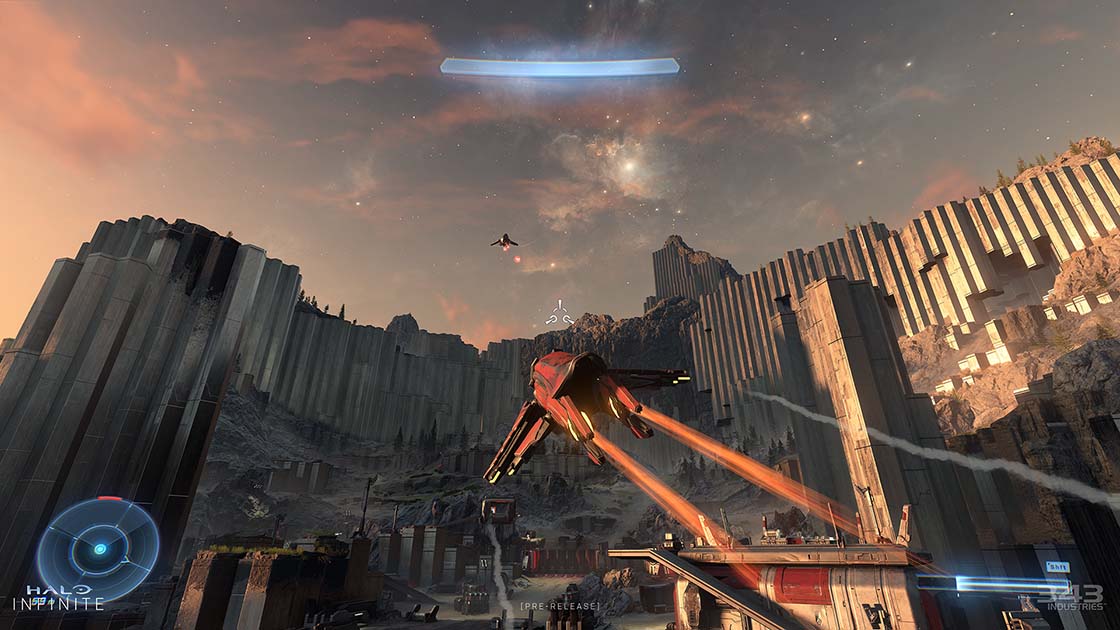 It’s worth noting that Infinite‘s other equipment, including the ‘Drop Wall,’ ‘Threat Sensor’ and ‘Thruster,’ feels far less impactful. It’s possible these items might be more useful on higher difficulty levels (I played on Normal). Still, I found myself instantly wanting to use the Grappleshot again whenever I briefly switched to other equipment because it makes moving across the map and grabbing items so fun. Pick up an explosive canister with the Grappleshot and throw it at an enemy and you’ll quickly understand what I mean.

It’s also important to mention that Halo Infinite offers one of the best Halo stories in years. Along with a satisfying conclusion to The Master Chief’s journey with Cortana, the narrative introduces the players to a cast of interesting supporting characters. This includes The Pilot, who ferries The Master Chief between Zeta Halo locations in a Pelican, and The Weapon, a naive AI that is very familiar. 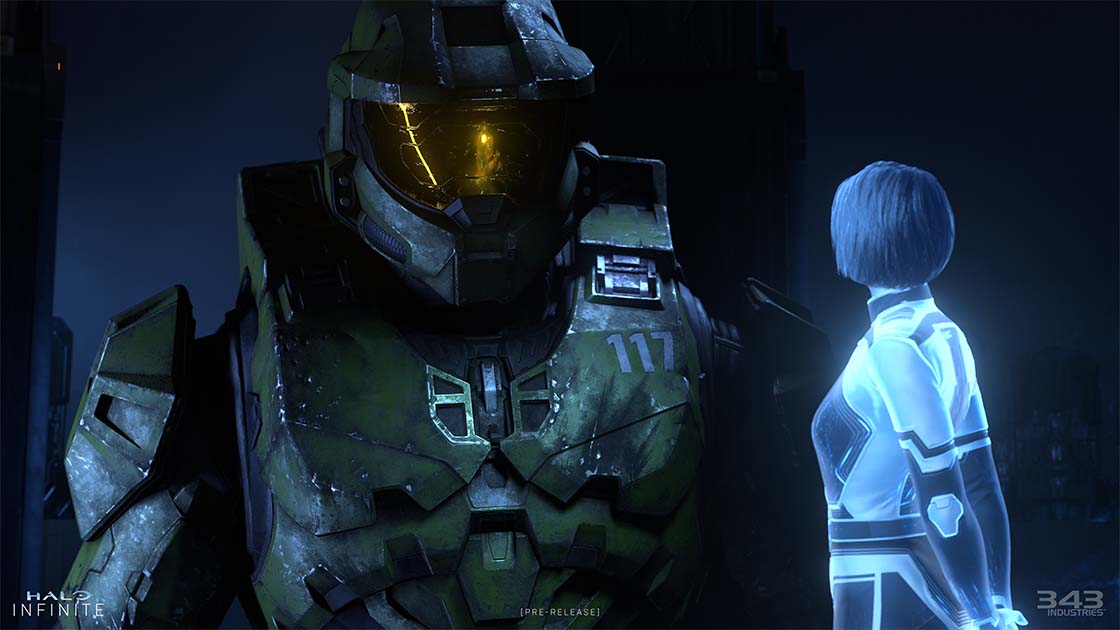 Infinite‘s story is solely focused on the Chief and his journey. As such, it doesn’t feature branching narratives we’ve seen in other recent Halo titles. As someone who misses the simplicity of Halo: Combat Evolved‘s straightforward plot, I really enjoy this back to basics approach. Your enemies this time around are the Banished, a group of Brutes, Hunters, Elites, Grunts and Jackals led by Atriox (if you played Halo Wars 2, you’ll recognize that name), that are fighting the UNSC for control of the mysterious Zeta Halo ring world.

Lastly, Halo Infinite doesn’t feature campaign co-op, which is a significant misstep on 343 Industries’ part. I’ve played nearly every Halo title together with friends or family and the entire open world feels like it was designed specifically with cooperative play in mind. The feature is coming, but not for six months. While the game’s development cycle is rumoured to have been troubled and the ongoing pandemic definitely didn’t help matters, it’s hard not to be disappointed that one of my favourite features didn’t make it into Infinite at launch.

On the multiplayer side, Halo Infinite is nearly flawless. Though many fellow older Halo players likely take issue with the title’s free-to-play mechanics and lack of specific playlists, the series needed to evolve to survive. If you don’t want to pay to unlock that ridiculous-looking Spartan skin, then don’t, is my answer to complaints regarding the title’s monetization model. On the playlists side, I understand the frustration. Thankfully, 343 Industries says more matchmaking playlists are on the way, but it’s unclear when they’ll be added (I’m hoping we see ‘Team Doubles’ return). 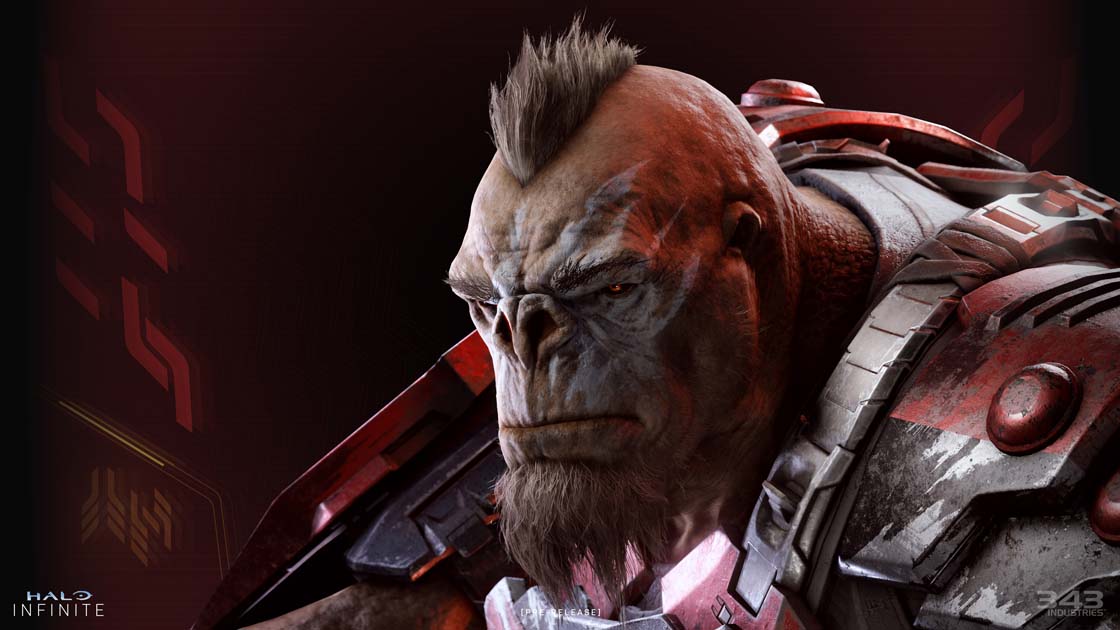 Further, nearly everything in the store can be unlocked through Infinite‘s Battle Pass if you aren’t interested in dropping cash. I’d also argue that while the Battle Pass isn’t perfect and some tasks feel too specific, forcing you to change how you play the game to finish them, progression is overall meaningful and earned.

343 Industries has already made several changes to those concerned about levelling up their Battle Pass, including gaining more experience for just playing games. That said, Season 1 is set to last six months and I’m already at level 25, so as far as I’m concerned, the Battle Pass is adequate in its current state.

With that out of the way, as with all Halo titles, it’s the gameplay that counts when it comes to multiplayer. Thankfully, 343 Industries has nailed everything about Halo Infinite‘s multiplayer experience, including weapon balancing, level design and the moment-to-moment mechanics of taking down foes. I describe Infinite‘s multiplayer as the perfect mix of Halo/Halo 2 and the more modern equipment-focused features added to the series with Reach/Halo 4 and even Halo 5. 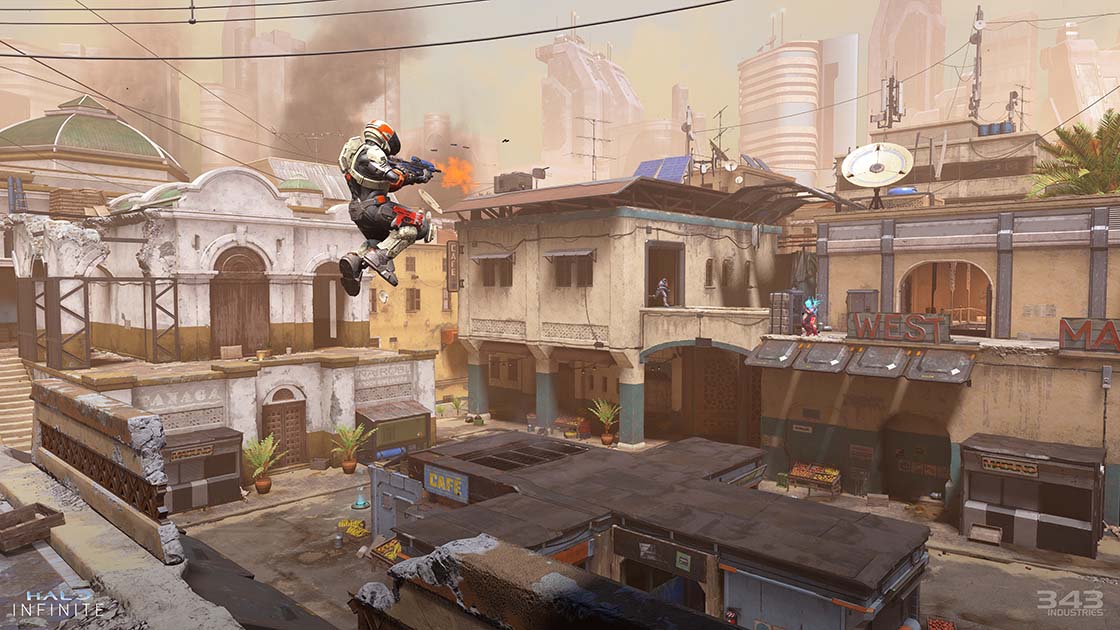 The core gameplay of guns, grenades and melee attacks remains intact, but Halo 3/Reach-like abilities, including the Grappleshot, Drop Wall and ‘Repulsor,’ add more depth and a higher skill ceiling to Infinite‘s multiplayer.

For example, while I’m very confident with most of the game’s well-known weapons, like the Pistol and Battle Rifle, I’ve yet to master the intricacies of using the Grappleshot to close the gap between my foes or the Repulsor’s ability to knock enemies back during heated firefights. Also, unlike Reach, these abilities feel balanced and integrated into Halo‘s core gameplay. Further, new weapons like the ‘Heatwave,’ which switches its firing pattern like Apex Legends’ ‘Triple Take,’ and the Cindershot grenade launcher, add a dash of freshness to the series multiplayer formula.

“Whether you’re a long-time fan of the franchise or new to the series, there’s a lot to like about Halo Infinite.”

It remains to be seen is if 343 Industries can turn Halo Infinite into a popular, competitive first-person shooter that rivals the likes of Fortnite and Apex Legends in the long term, especially since the gaming landscape has changed significantly since Halo 5‘s release six years ago. In fact, many players jumping into Halo Infinite for the first time might not be familiar with the series at all. The groundwork of a great multiplayer mode is undoubtedly present in Halo infinite, and it will be interesting to see how 343 Industries continues to build on the game’s foundation moving forward.

Despite its open world shortcomings and multiplayer issues, Halo Infinite is the most compelling Halo title since, arguably, Halo 3. 343 Industries is finally carving its own path while still respecting what made the franchise special to begin with, taking the best aspects of Halo 4‘s campaign and Halo 5‘s multiplayer, and fine-tuning the experience in meaningful ways. 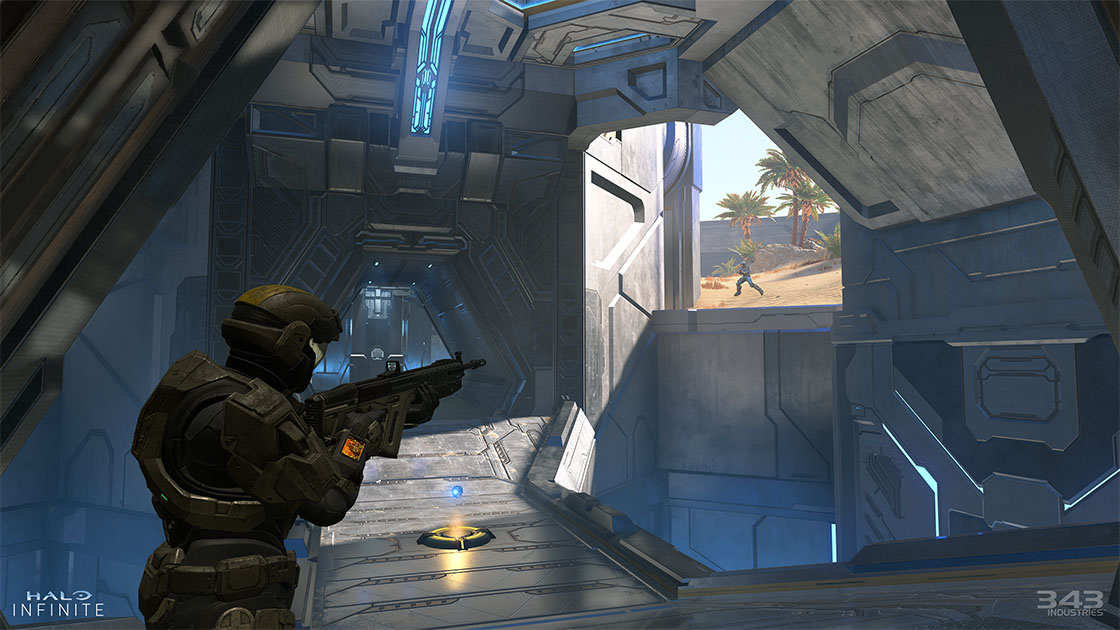 Whether you’re a long-time fan of the franchise or new to the series, there’s a lot to like about Halo Infinite.

Halo Infinite releases on December 8th on the Xbox Series X/S, Xbox One and PC. The game is also available on Microsoft’s Game Pass subscription service.