The game could be the return to form the series needs 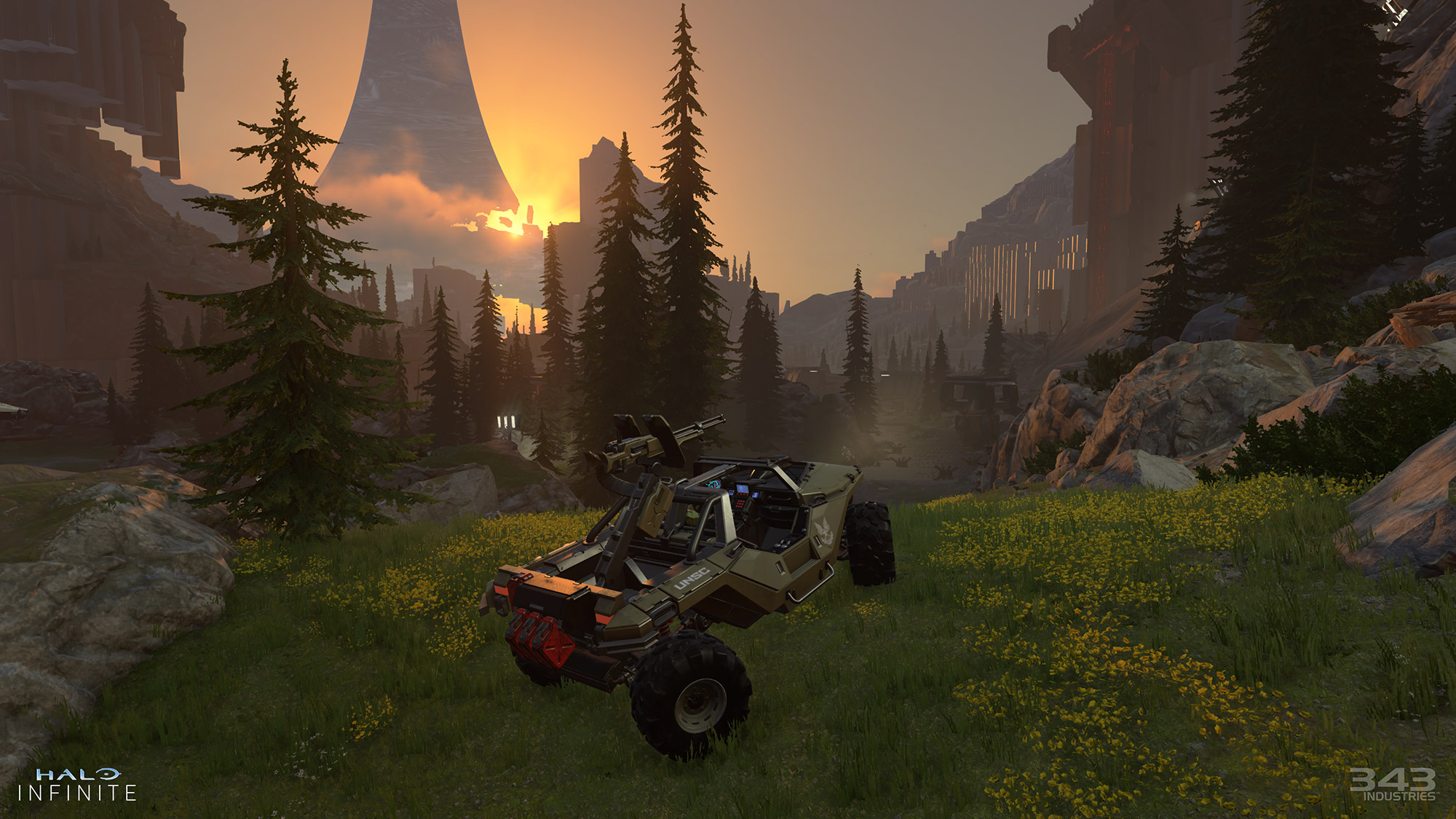 It’s been five years since the last core entry in the Halo series.

Since then, the gaming landscape has changed significantly. While multiplayer online battle arena games (MOBA) like League of Legends remain popular, the gaming world’s spotlight has turned to battle royale (BR) titles — a shooter genre where dozens of players are dropped into an environment and fight until only one team is left standing.

While BRs such as Fortnite and Apex Legends often pull inspiration from long-running arena shooters like Halo and Call of Duty, they offer a very different multiplayer experience and typically lack a narrative-driven campaign. Even the Call of Duty franchise jumped on the battle royale bandwagon with Black Ops 4‘s Blackout mode and the free-to-play, standalone Warzone, but so far, Halo Infinite looks set to skip this trend entirely.

The Halo franchise has a history of attempting to build on its core mechanics by borrowing from other first-person shooters. The best example of this is 2010’s Halo Reach and the game’s Call of Duty-like multiplayer ‘Loadout’ system, or the several half-steps in 2015’s Halo 5 that aimed to modernize the series’ multiplayer like the wonky aim down sights (ADS) system. To be clear, the direction 343 Industries plans to take Halo Infinite’s multiplayer is still unknown.

However, if a recent, roughly nine-minute gameplay trailer (seen above) for Halo Infinite’s campaign is an accurate indication, not following what other shooters are doing might be precisely what the beleaguered series needs right now.

Right at the outset, it’s immediately apparent that Halo Infinite is a “spiritual reboot” of the franchise. 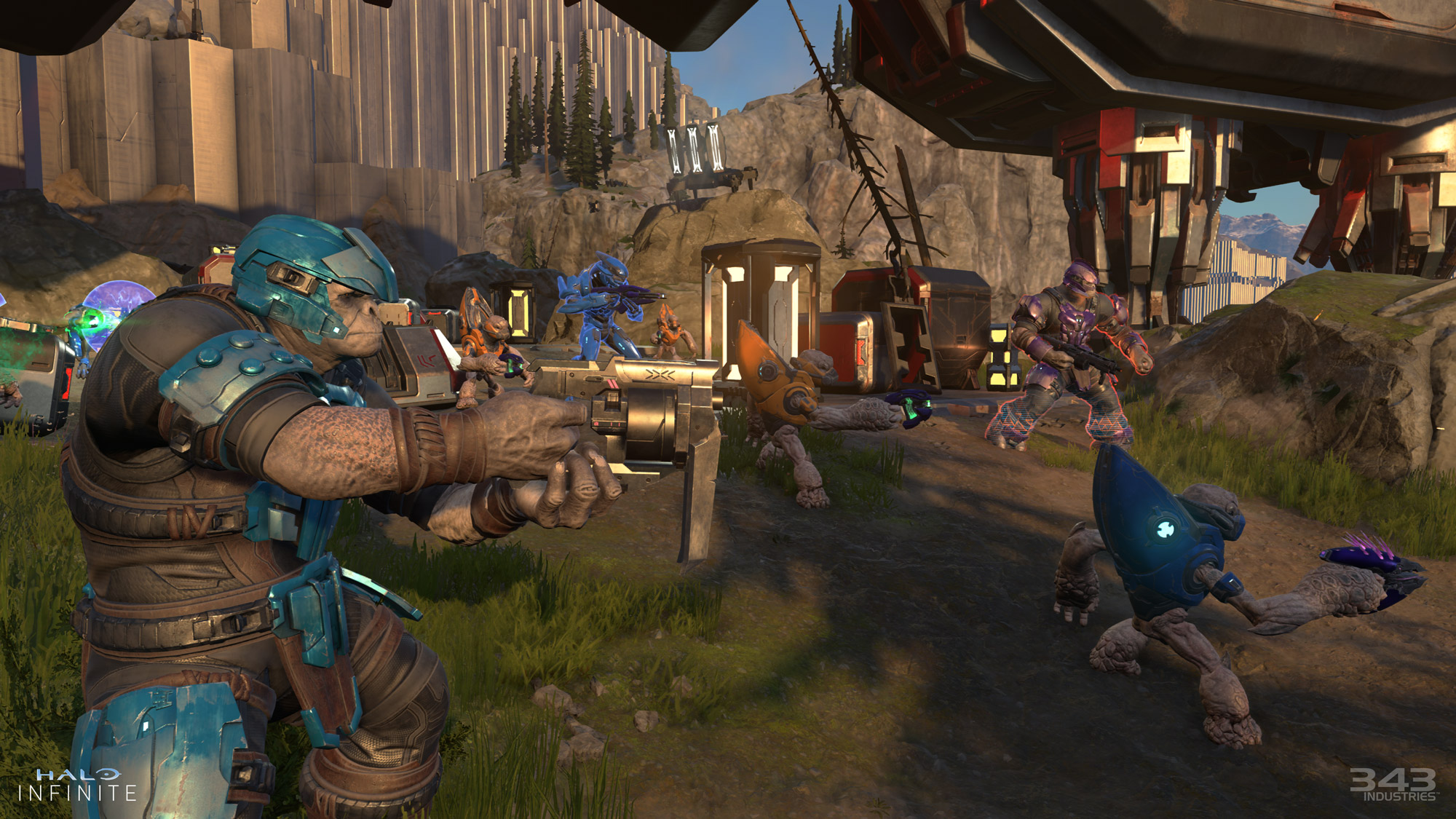 First off, Infinite‘s plain art direction and blocky level design feel like a throwback to the simplicity of Halo: Combat Evolved — a move some have viewed as a graphical step back for the series, but one that I think is precisely what Halo needs to look like in 2020.

Halo 5 felt almost too busy, thanks to its rampant lens flare and over-detailed environments. By contrast, Halo Infinite’s art direction looks stripped-down and a return to the series’ original look.

“…’Spiritual reboot,’ that was a central pillar for pretty much everything that we did, whether it be the art style, or character behaviour, or weapons,” said Jerry Hook, head of design for Halo Infinite at 343 Industries, during a recent roundtable Q&A interview with MobileSyrup. 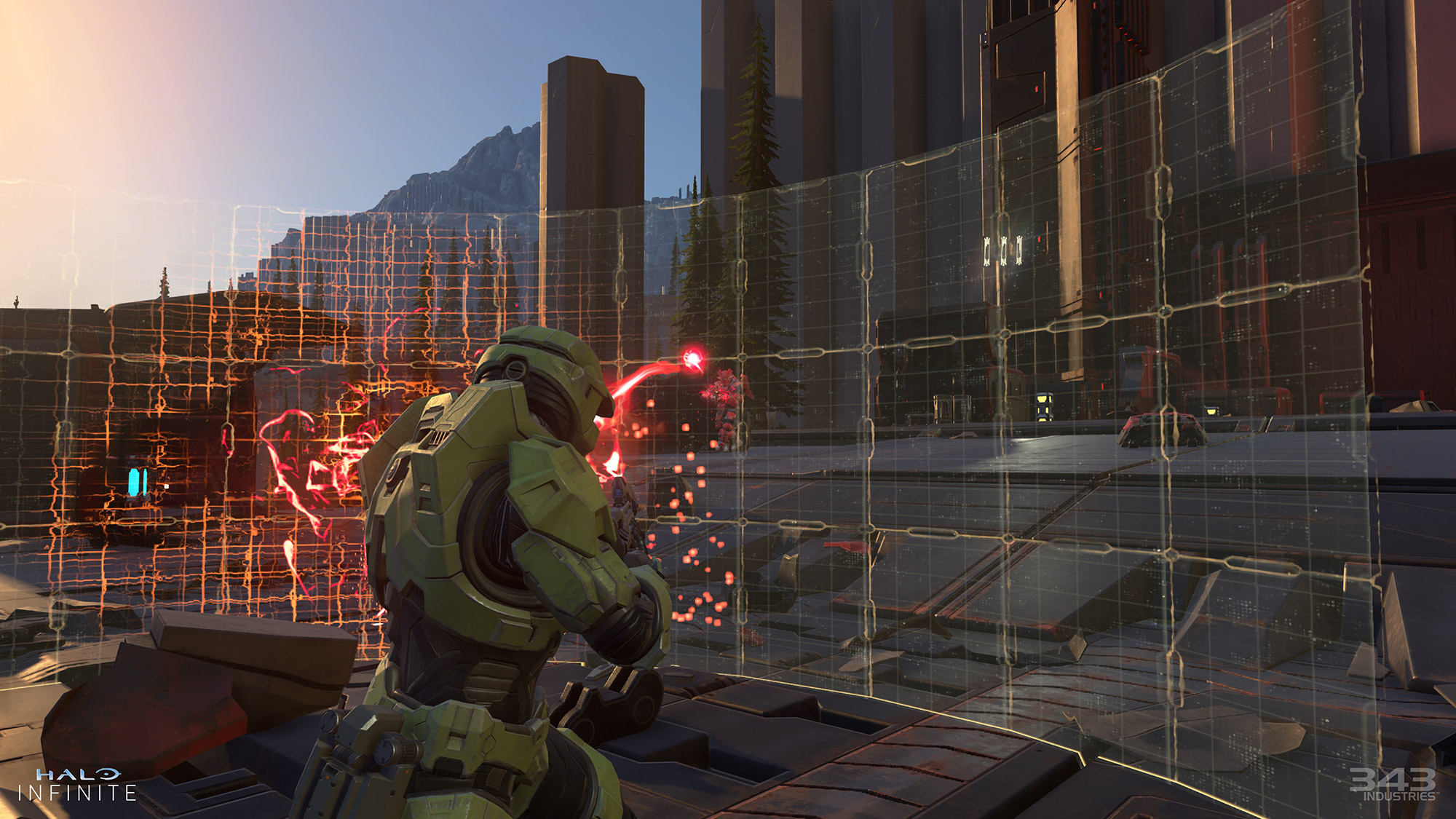 While later games in the series lost the feeling of exploration and isolation, Halo: Combat Evolved was focused on large, sprawling environments and completing relatively simple objectives. Whether it was driving a vast distance in a bouncy Warthog to press a holographic button in a mysterious alien structure, or rescuing groups of pinned-down UNSC marines from a Covenant assault, Halo: CE‘s campaign featured a sense of freedom subsequent games in the series lacked.

Combat Evolved was less concerned with the destination and more focused on the organic gameplay the player experienced during their journey. If claims that Halo Infinite‘s world is two times bigger than the series’ last two titles combined are accurate, the sense of exploration the franchise lost over the years has a good chance of returning.

A significant part of Halo going back to where it started is the new ‘Tac Map’ that was briefly shown off during Infinite’s gameplay trailer. While it’s still too early to know for sure, the map looks massive and seems to feature several ways players can accomplish tasks. 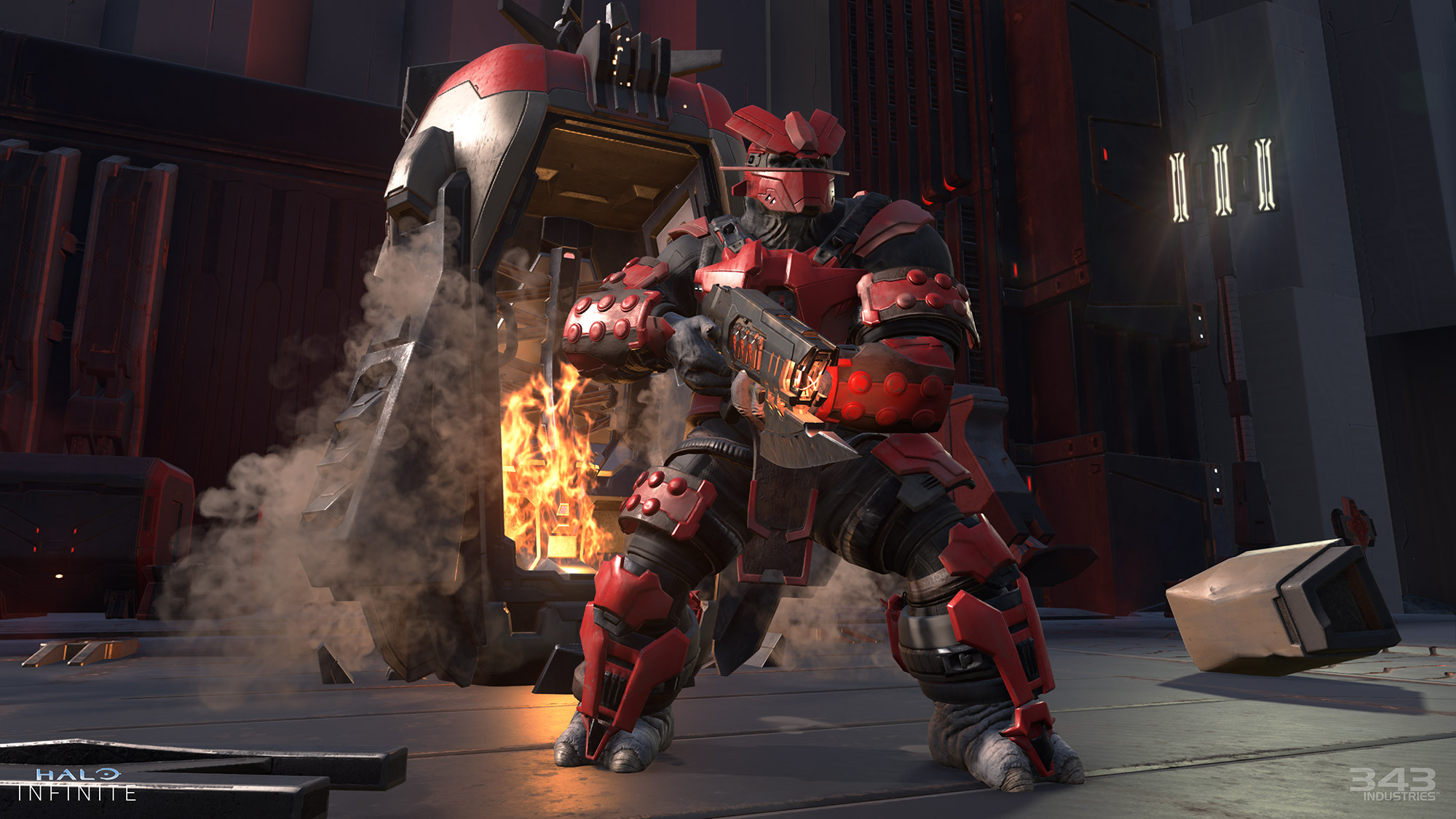 “…Obviously, we have missions that push you to different places around the map. But we want to encourage exploration, encourage that sense of you being on this mysterious ring for the first time and learning secrets which you will do over the course of the game and into the future,” said Paul Crocker, Halo Infinite‘s associate creative director.

“…I think the easiest way to describe it is a phrase we’ve used internally; thinking back to when you played Halo: Combat Evolved and then knocking down all the walls of it.”

This direction was evident in Infinite‘s gameplay footage when the Master Chief is tasked with taking down three anti-air cannons while fighting well-known Halo enemies like Grunts, Jackals, Brutes and, of course, Elites. 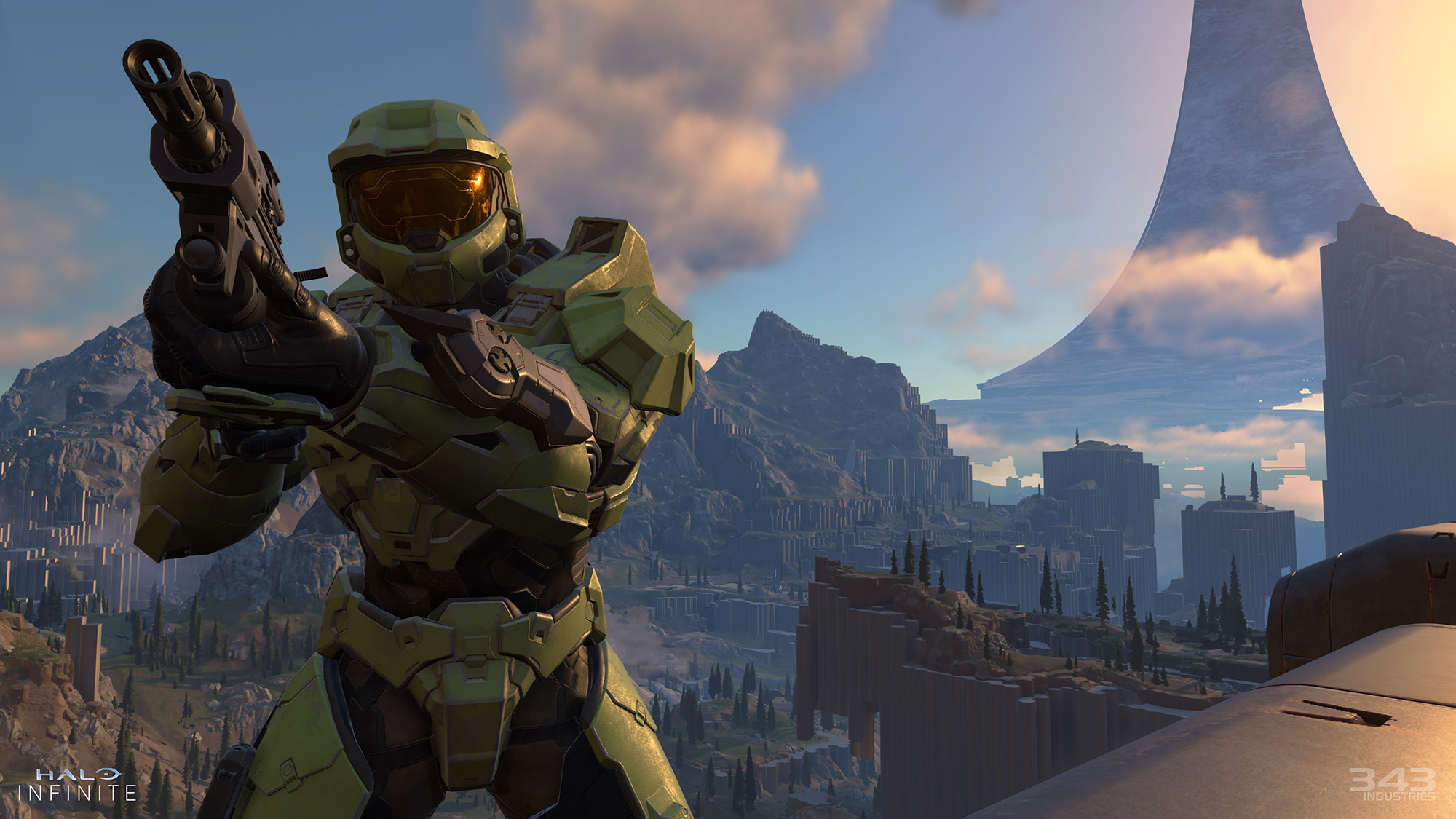 Even the weapons we’ve seen so far will likely be nostalgic for long-time Halo fans, with guns like the Plasma Pistol and Energy Sword returning alongside familiar but different firearms like the MA3/MA5 Assault Rifle, the MK50 sidekick semi-auto pistol and the automatic Pulse Carbine.

But not everything in Halo Infinite is a throwback to Halo: Combat Evolved. The game also introduces several new features, including an interesting grappling hook and new “equipment” and “upgrades.”

“…When we take a look at equipment, part of what we try to do is look at our missions and we see how the players will basically interact within a timeframe. And we want to make sure that the equipment completely fits within the loop that the player has to do to defeat every puzzle. That means most of that equipment is on cooldowns,” said Hook. 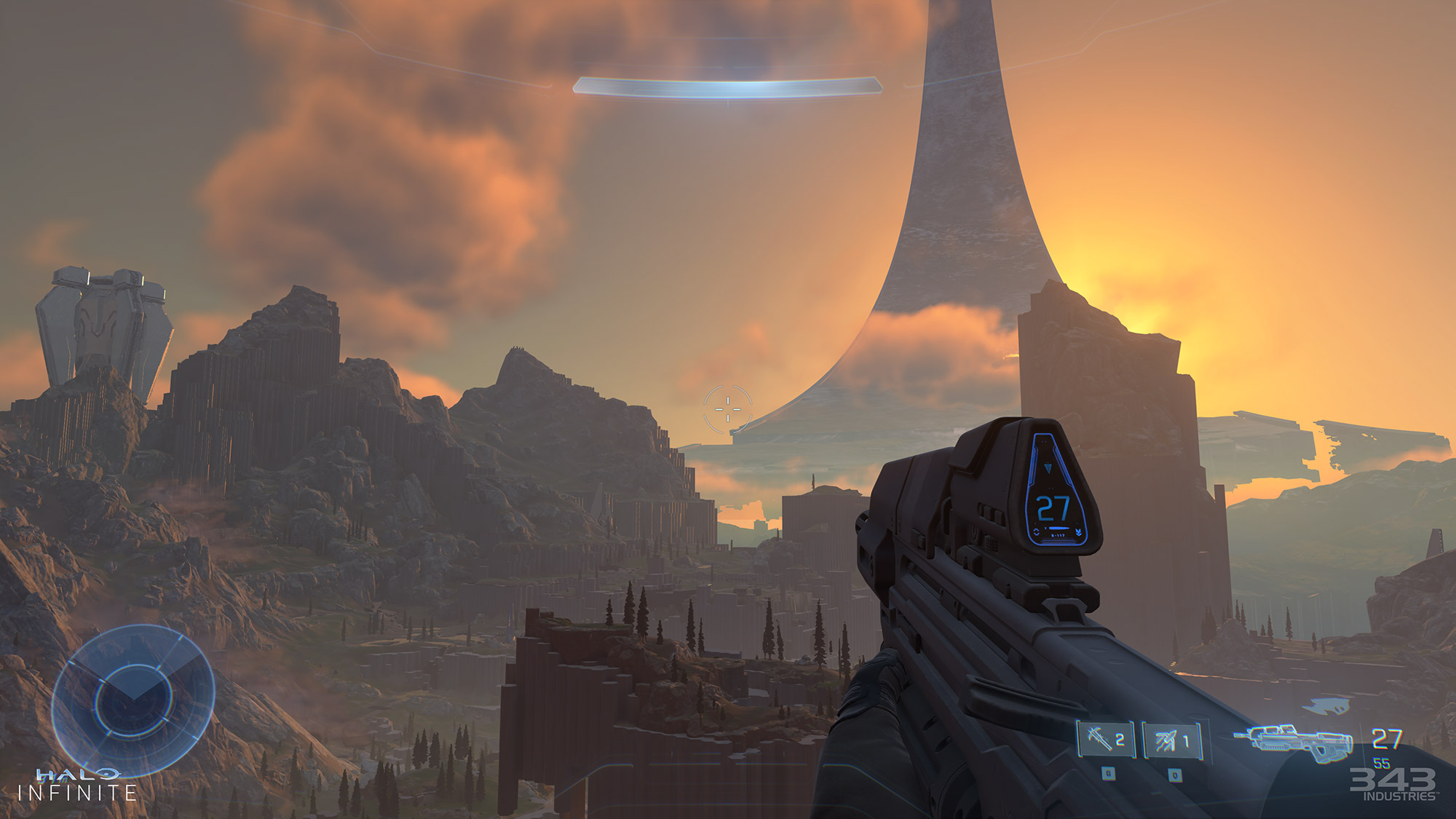 343 Industries is keeping quiet regarding how Infinite‘s new equipment system will work. Still, if you look closely at the overworld map during the gameplay demo, you’ll notice a mysterious ‘Upgrades’ tab. This possibly hints that the game will feature some sort of role-playing game-like (RPG) system.

During the interview, Hook also discussed that how a player uses equipment is entirely up to them, which should add to the sense of freedom Infinite aims to evoke.

“And so as you go out into the world and find more equipment, each one will have a unique way in which they interact with combat and the world itself. And it’ll be your choice as a player how you want to use it, what are the upgrades you want to put on those pieces of equipment, and what that means to your gameplay,” said Hook. 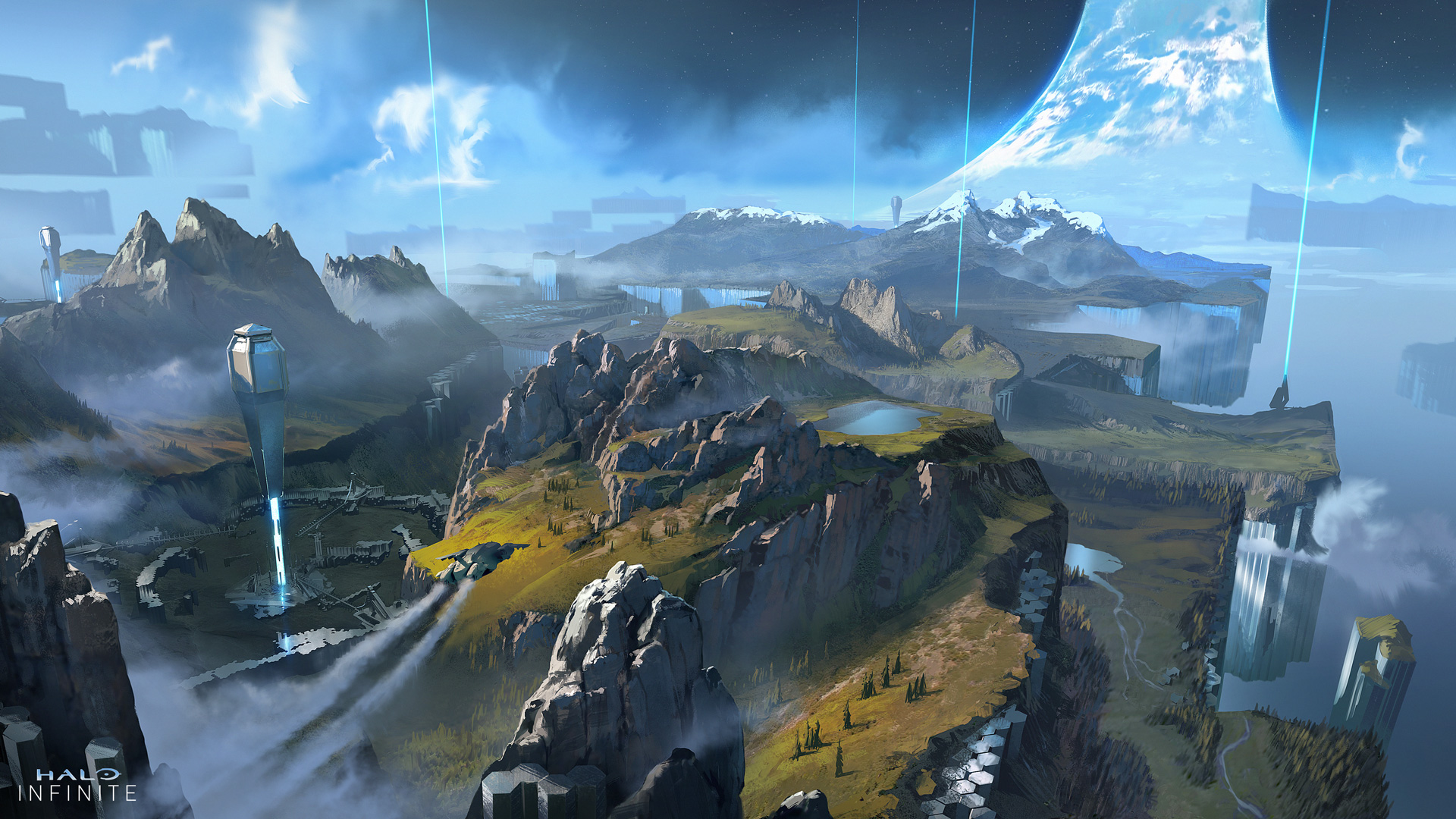 There’s still a lot we don’t know about Halo Infinite, including, most importantly, how the game will handle its iconic multiplayer. Will the series’ arena combat mode go back to its roots and focus on weapon control? Or, does 343 Industries have other, more original plans for Infinite‘s multiplayer?

If the campaign’s return to exploration and player choice is an indication, hopefully, we’ll all be measuring rocket launcher respawn times on our watches like its 2001 again.

Halo Infinite releases this fall alongside the Xbox Series X. The game is also set to be available for the Xbox One and PC.