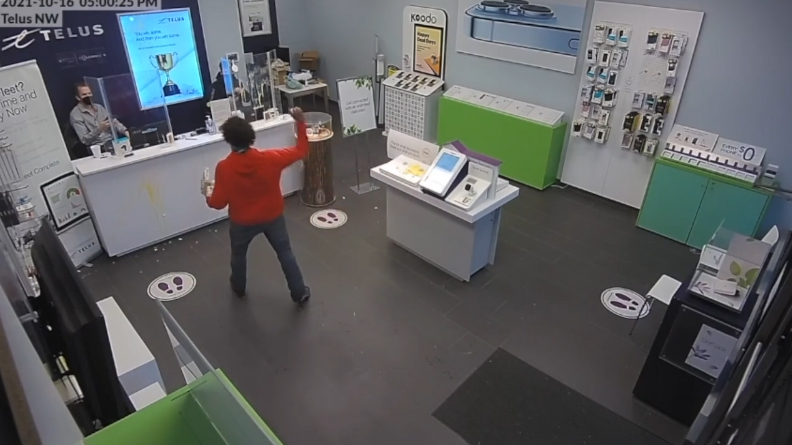 On Saturday, employees at Quinsam Communications in Campbell River, Vancouver Island were left stunned when a man entered the store and began hurling eggs at displays, devices, and the workers.

The accused — dressed in a red sweatshirt with a grey bandana around his face walked in and began venting his frustration about Telus and its 5G technology. “This has got nothing to do with you, boys,” the accused said to the staff before pelting the business and the ‘boys’ with eggs.

According to the Campbell River Mirror, the accused believed that others were using Telus’ 5G network to gain access to his cellular devices, and based on his body language and tone, he appeared to be extremely unhappy about it.

Just when we thought that people are starting to understand that 5G is harmless, instances like this happen and decelerate the technology’s adoption. “We do run into people who are a little disgruntled by it and try and inform them the best we can,” said Cody Spetifore, a sales representative for Quinsam in a statement given to Vancouver Island News. “It’s not harmful and uses less power than 4G.”

Quinsam Communications was closed on Monday to clean up the mess.

Check out the recorded incident here.