No bag of rice required! 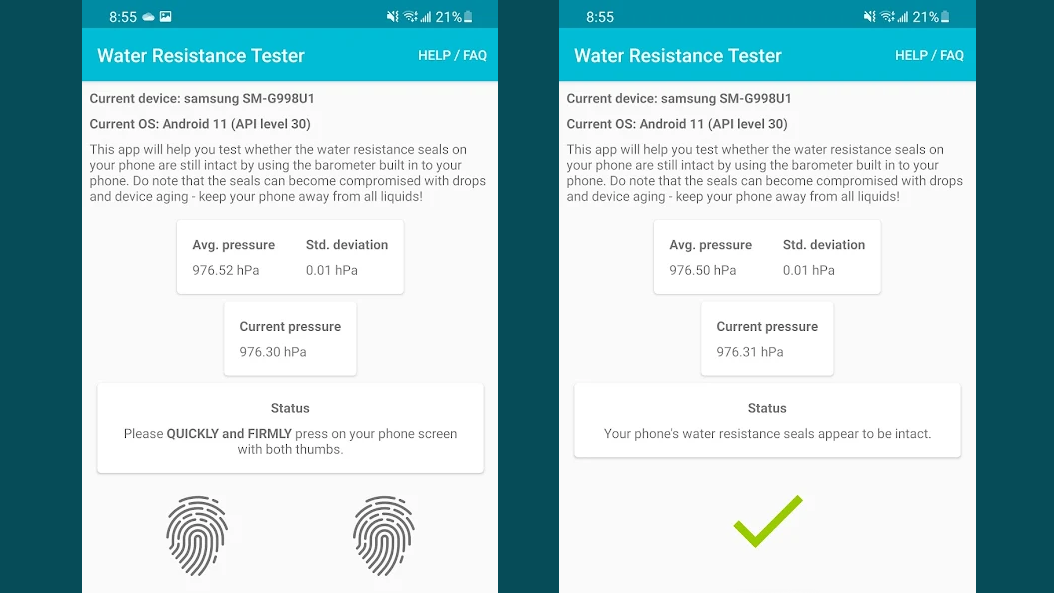 Looking for a safe way to find out if your phone is actually water resistant?

The app, which was featured by XDA Developers, uses your phone’s built-in barometer to measure the level of pressure changes that occur when the screen is pressed.

According to the app description, “when the water resistance seal is no longer intact, the pressure changes will be very minimal,” indicating that your phone may no longer be resistant.

When using the app, you’ll be instructed to press your thumbs onto the screen to test the pressure levels. If your phone passes the test, a green checkmark will appear on screen.

On top of the new peace of mind you’ll feel when scrolling through Twitter in the bathtub, the app can also be used as a form of “proof” when buying or repairing a phone.

For example, you can use the app as a pre-sale screening step, to confirm that a new or used phone still has its water resistance seals intact upon purchase.

The app can function as evidence when submitting claims via the manufacturer’s warranty, or as a way of documenting any changes to the phone’s water resistance status before and after sending your device off for battery or screen repairs.

Water Resistance Tester is available to download for free on Google Play.

However, the app can only run its tests on phones with barometers already built into their hardware. You can check out this website to see if your phone has a built-in barometer.