Google has started rolling out the ability to edit Slides presentations within Gmail.

The feature comes as part of Googles new Workspace focus within the popular email platform. Since launching the Workspace rebrand of G Suite back in 2020, users have been able to edit Google Docs and Sheets side-by-side in a Google Chat or Room. The change added a level of collaboration to document editing, since groups could pop into document and communicate in a chat column while working together. 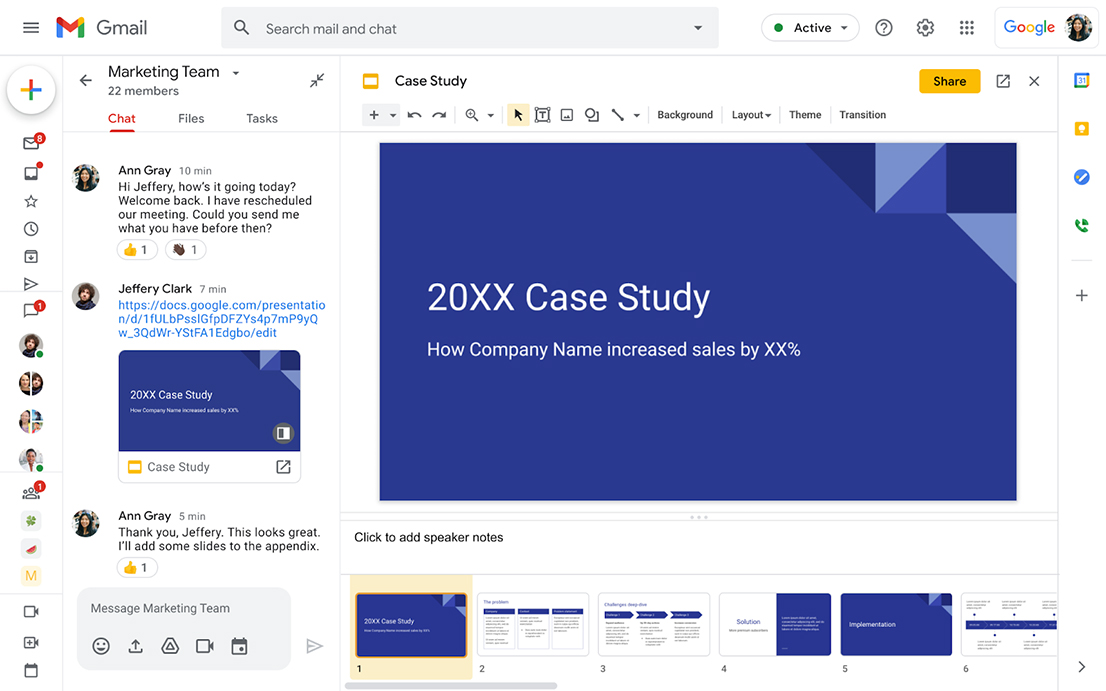 Until now, Slides was not supported in this view. With the new feature rollout, users will be able to share Slides presentations in Rooms and Chats, open them and edit them all without leaving Gmail.

According to Google’s Workspace blog, the feature started rolling out on July 21, but it could take up to 15 days for the feature to actually show up for users.