It's much easier than jumping back and forth between Netflix, Crave, Disney+ and other platforms to find that one movie you want to watch 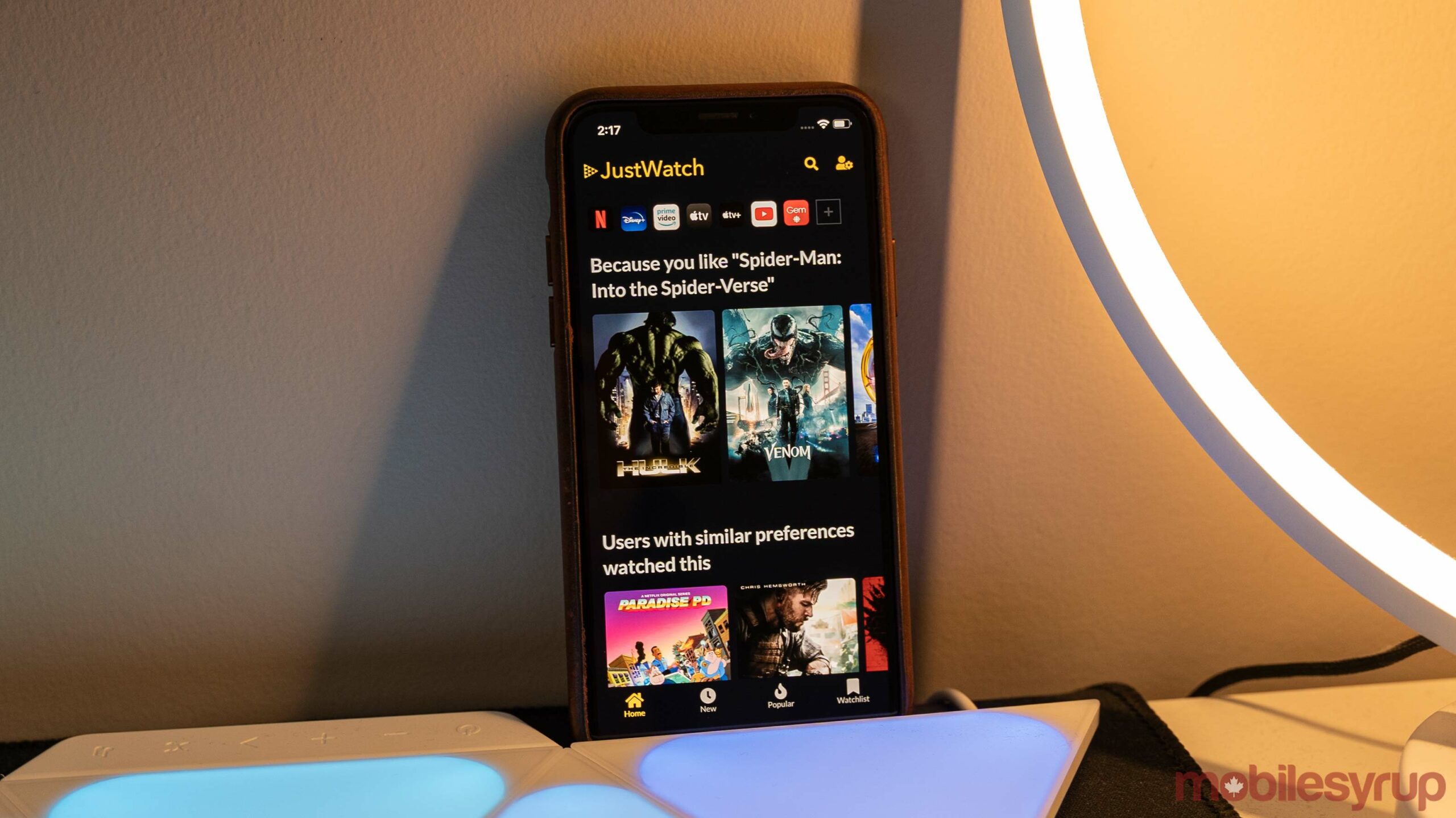 My single biggest issue with streaming services is that I can’t keep track of which movies and shows are available on which platform. If you’ve ever spent half an hour jumping from Netflix to Crave to Disney+ looking for a movie you want to watch, you know my pain.

Worse, if you use a smart TV, you probably feel it even more. I love that I can open a streaming app on my Roku TV and start watching something with a few clicks, but trying to look up a movie is painfully slow, especially if I don’t know what service it’s on.

However, I recently stumbled across a website called ‘JustWatch’ that has, for the most part, solved my complaints. I thought I’d share it so anyone else frustrated with trying to find content on streaming networks can finally get some sweet relief.

JustWatch is a simple service that lets you look up a movie or TV show and see a neat list of what platforms currently have it available. Plus, it works in Canada and supports both the Canadian versions of popular streaming apps and many Canada-specific platforms like Crave and CBC Gem. 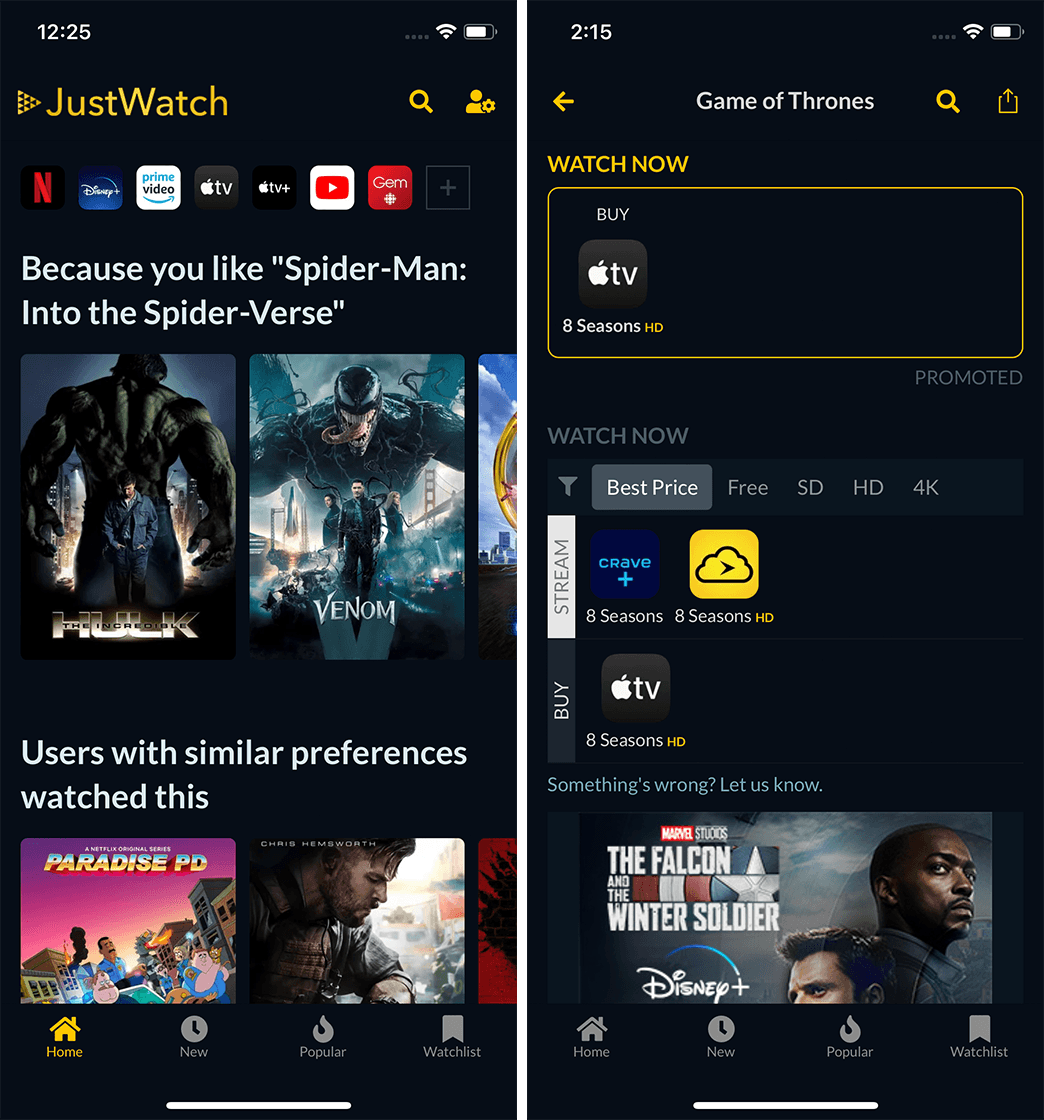 As an example, let’s say you wanted to re-watch Game of Thrones. If you look up the series on JustWatch, you can see a list of where it’s available to stream in Canada. JustWatch lists it under ‘Crave Plus’ since you need Crave and the ‘Movies + HBO’ add-on. Game of Thrones is also on Videotron’s Illico streaming platform. Moreover, JustWatch lists options for buying Game of Thrones (Apple TV and Google Play have all eight seasons, while Microsoft’s store only has one season). Finally, while there was no option for this on Game of Thrones, JustWatch will also list where people can rent content.

However, listing where people can find and stream content is only one feature of JustWatch. The platform also offers a watch list tool and the ability to track how many episodes of a show you’ve watched. Users can rate content as well, which can help it surface recommendations.

Speaking of recommendations, users can also tell JustWatch which streaming services they have. Doing so lets the app filter content so it doesn’t recommend something that’s not available to you. 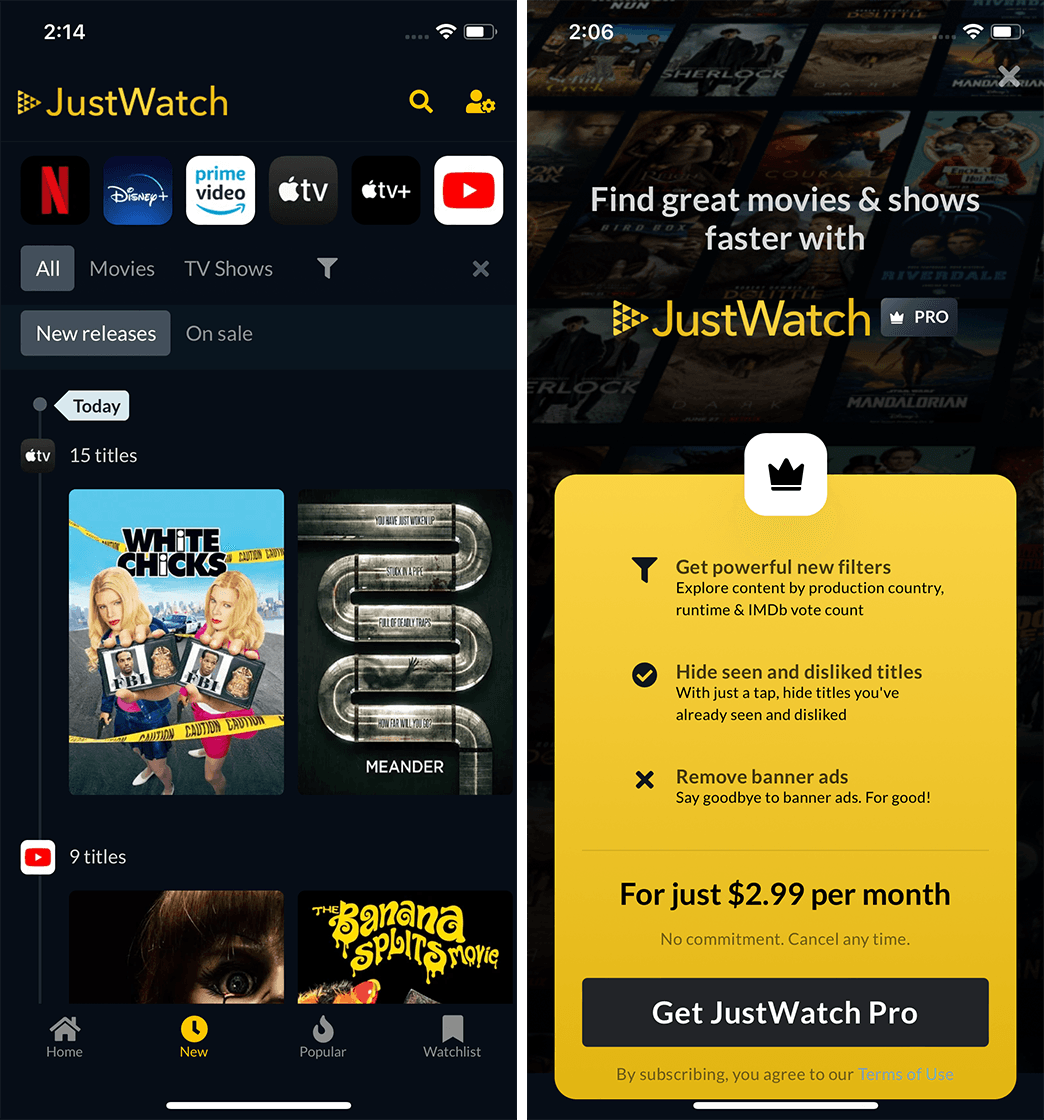 Finally, JustWatch has sections for browsing ‘popular’ content, as well as a ‘New’ section that lists new arrivals on your streaming platforms. The platform is ad-supported, but customers can upgrade to the ‘Pro’ version to remove ads and get a few other quality-of-life features. JustWatch Pro costs $2.99 per month.

Overall, I’d say that JustWatch isn’t a perfect app, or arguably even necessary. But being able to quickly look up a movie and see what streaming platforms it’s available on has made picking something to watch much, much easier. Hopefully, it’s something that helps you too.

JustWatch is available via the web, through free Android and iOS apps, and through other platforms (such as directly on some smart TVs).

Update 11/09/2021 at 9:30am ET: Added a link to JustWatch’s apps page for easier access to the service on multiple platforms.