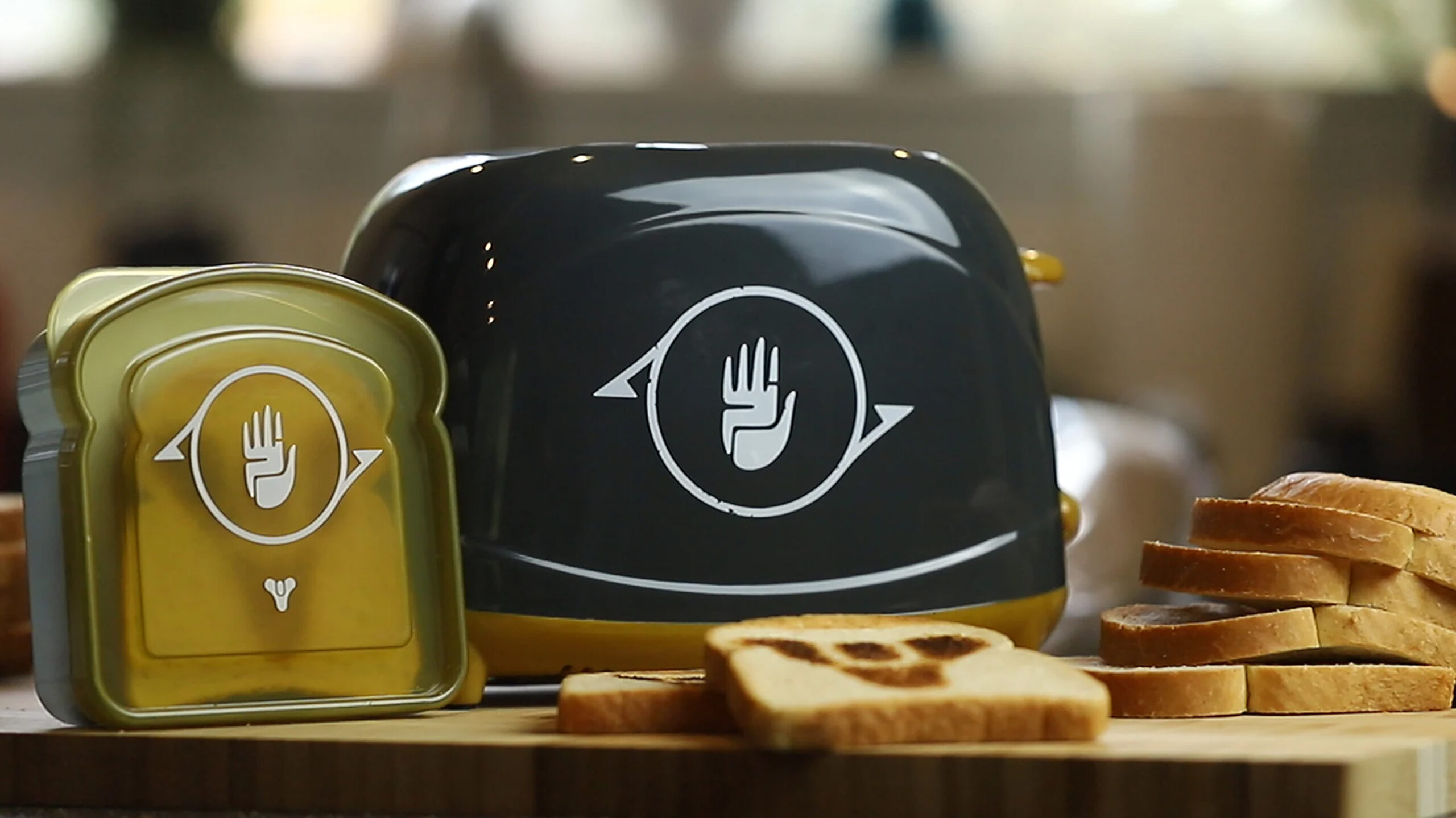 Bungie now has a Destiny-themed toaster available for pre-order, bringing us one step closer to the ultimate gaming kitchen.

The toaster costs $84.99 USD (about $105.73 CAD) and will ship between December 2021 and January 2022. The toaster also comes with a free sandwich container and a ‘Burnt Edges’ in-game emblem so you can publicly display your toaster ownership to your gaming comrades. Finally, 10 percent of the proceeds go to St. Jude Children’s Research Hospital.

Bungie’s toaster is a byproduct of a charity event from earlier this month. The Destiny community raised over $800,000 USD (roughly $995,200 CAD) for St. Jude, which specializes in cancer treatment and other life-threatening diseases. As part of that event, Bungie promised to make a toaster if fans hit a target of $777,777.77 USD.

Naturally, some capital-G gamers have taken issue with the toaster, arguing it’s overpriced ($85 USD / $106 CAD is a lot for a toaster). It’s also basically a normal toaster with a logo on it from Destiny 2 that happens to toast the Destiny 2 logo onto the bread. That last part is either neat or a disappointment, since it leaves a fair amount of bread decidedly un-toasted, judging by the photos.

Some fans clearly wanted Bungie to release a toaster that looked like an in-game weapon called ‘Jötunn,’ which fans affectionately call a toaster due to its appearance.

Regardless, it’s just a toaster. If you’re a Destiny 2 fan and you love toast, order one. And if you don’t like the toaster, don’t buy one — if that leaves you $85 burning a hole in your pocket, donate it to St. Jude’s.

You can learn more about the toaster here or order one from the Bungie Store here.

‘Destiny 2’ to finally get crossplay sometime next year