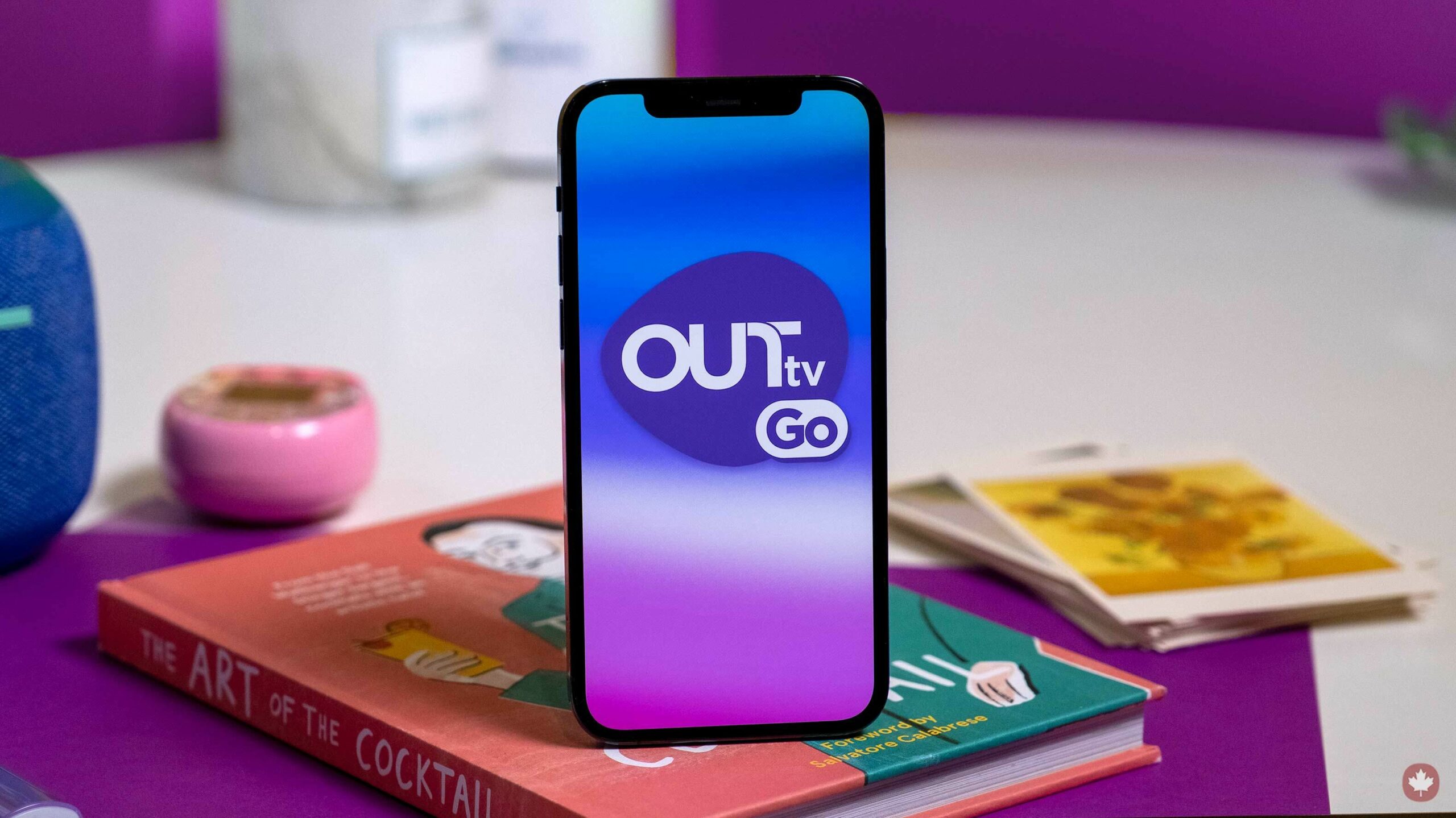 There are a variety of big-name streaming platforms available in Canada, including Netflix, Bell Media’s Crave and Amazon’s Prime Video. However, there are also other streaming services that offer more niche content, like Shudder, a horror movie platform, Hayu for reality TV and OutTV, a service dedicated to LGBTQ+ TV shows.

If you value great LGBTQ+ content, OutTV and its app OutTV Go are the streaming platforms you’ve been waiting for. And considering this month is Pride, it’s the perfect time to take a look at this Canadian-made app. 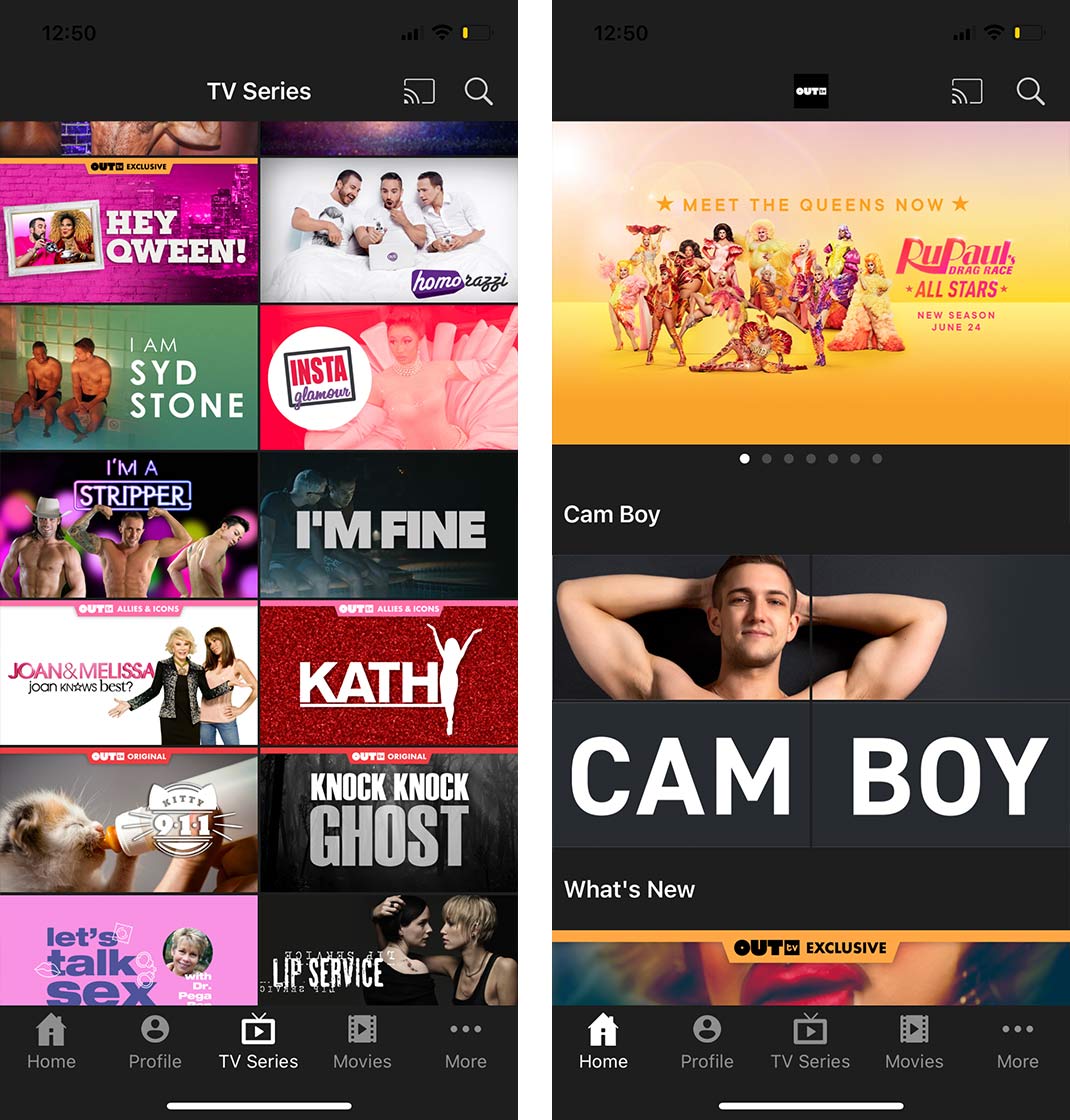 You can download the OutTV Go app in the App Store, the Play Store and Roku app store. A subscription costs $3.99 per month, making it the most affordable way to watch RuPaul’s Drag Race.

When you first log onto the Out TV Go app, you’re introduced to the ‘Home’ page.

The home page offers a variety of different movies and shows at the very top and then when you scroll down, there’s a ‘What’s New’ page and a ‘Recently Added’ section. Following those sections, there are rows for ‘TV Series,’ ‘Documentaries,’ ‘Popular Now,’ ‘Movies,’ ‘ Drag,’ ‘Podcasts,’ and lastly ‘Short Form.’ 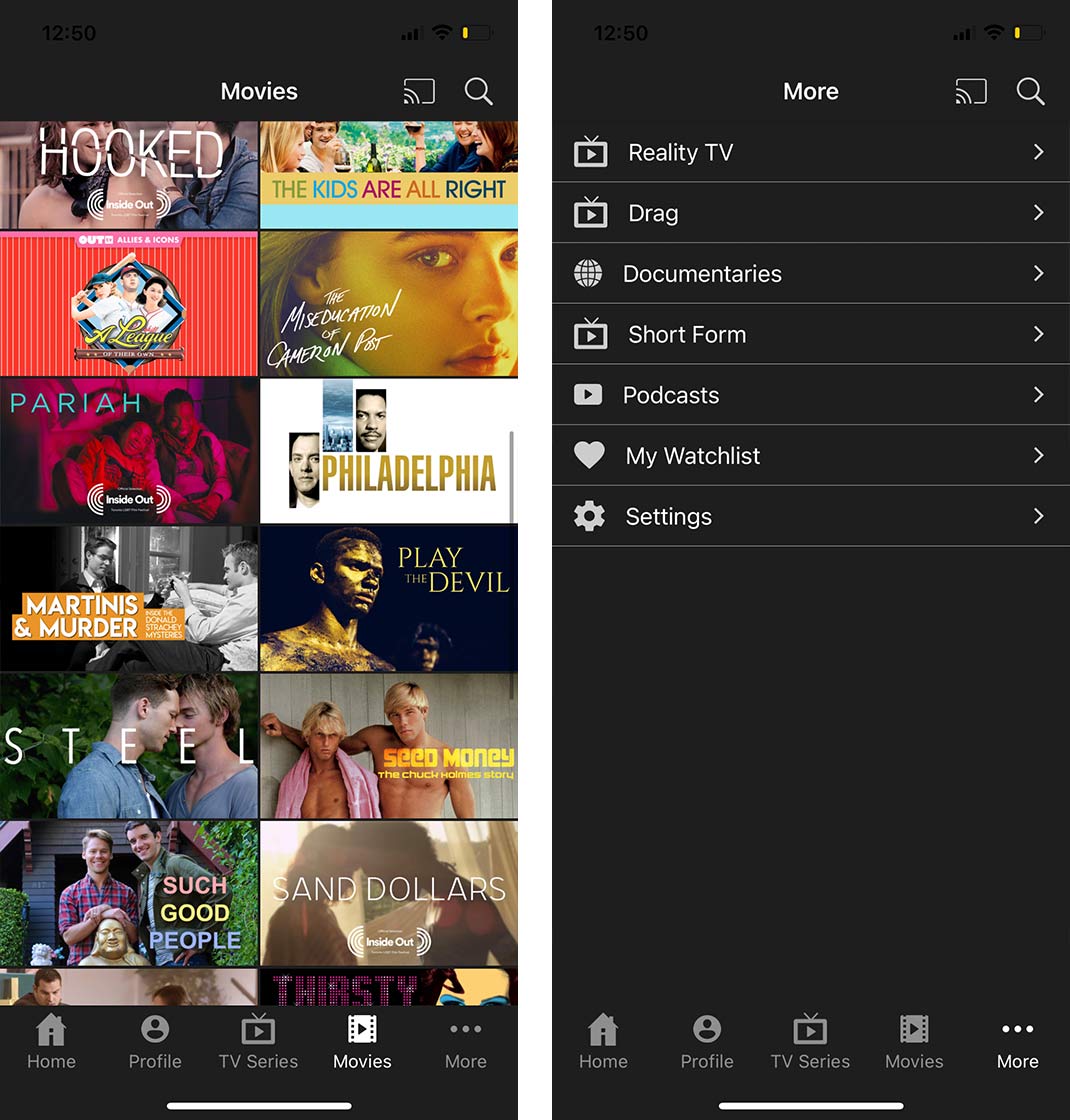 Out TV Go also showcases hit series and movies in the app. For example, on the Home page there’s a section solely highlighting ‘Cam Boy,’ ‘The Sherry Vine Variety Show,’ and  ‘Naked Attraction.’

From the home page, you can check out the variety of different tabs like ‘TV Series,’ ‘Movies,’ and ‘More,’ which offers access to ‘Reality TV,’ ‘Drag,’ ‘Documentaries,’ ‘Short Form,’ ‘Podcasts.’ ‘My Watchlist,’ and ‘Settings.’

‘My Watchlists’ lets users pick shows and movies they want to favourite so they are able to watch them later. 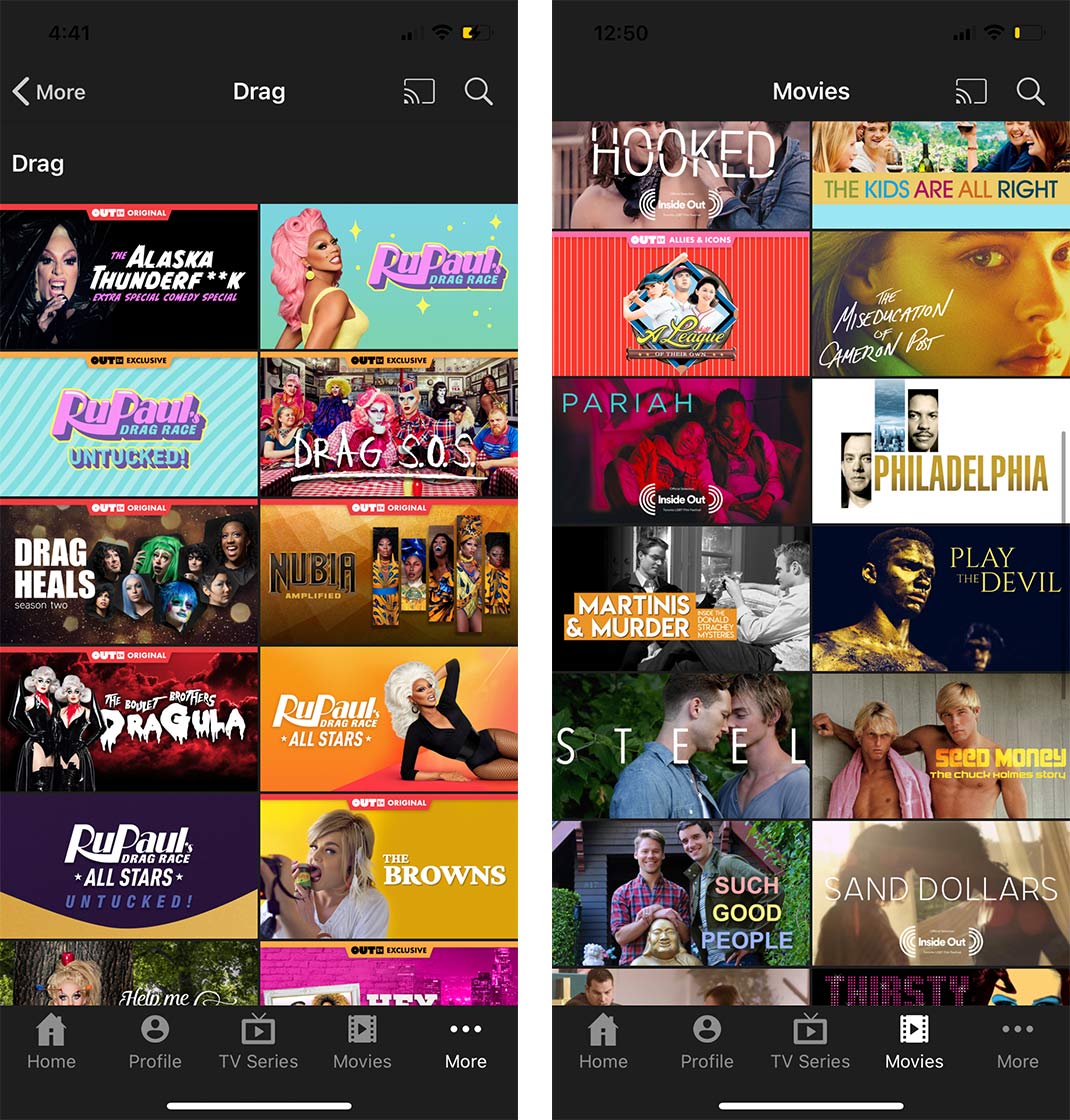 OutTV Go also lets users Cast and Airplay content to a Chromecast or Apple TV, making it easier to watch content a TV.

OutTV Go is also celebrating Pride with the special content listed below:

Richie Shazam and Lucas Silveira work with mentors and role models to help non-binary or trans people explore their inner identity and passions, which they convert into authentic self-expression.

Transitioning female to male and conquering the runways of Paris, follow Krow’s remarkable journey to become his true authentic self ·

Mixed Up follows Howard J. Davis in his feature film debut, as he navigates what it means to be BIPOC and LGBTQ+. His mixed up manifesto demands that we celebrate the existence of being “other” and different on the journey to finding inner cohesion.

Over the course of 4 decades, thousands of men and women had their privacy invaded and their careers ruined. They were interrogated, threatened, and manipulated. Many suffered psychological effects; some took their own lives. It was one of the largest bullying campaigns in Canada’s history. The Fruit Machine examines the homosexual witch-hunt of public servants and military personnel in Canada from the 1950s through to the early 1990s.

The Sherry Vine Show reimagines the classic TV variety show standard, packed with some of the best-known drag superstars and queer entertainers on the scene.