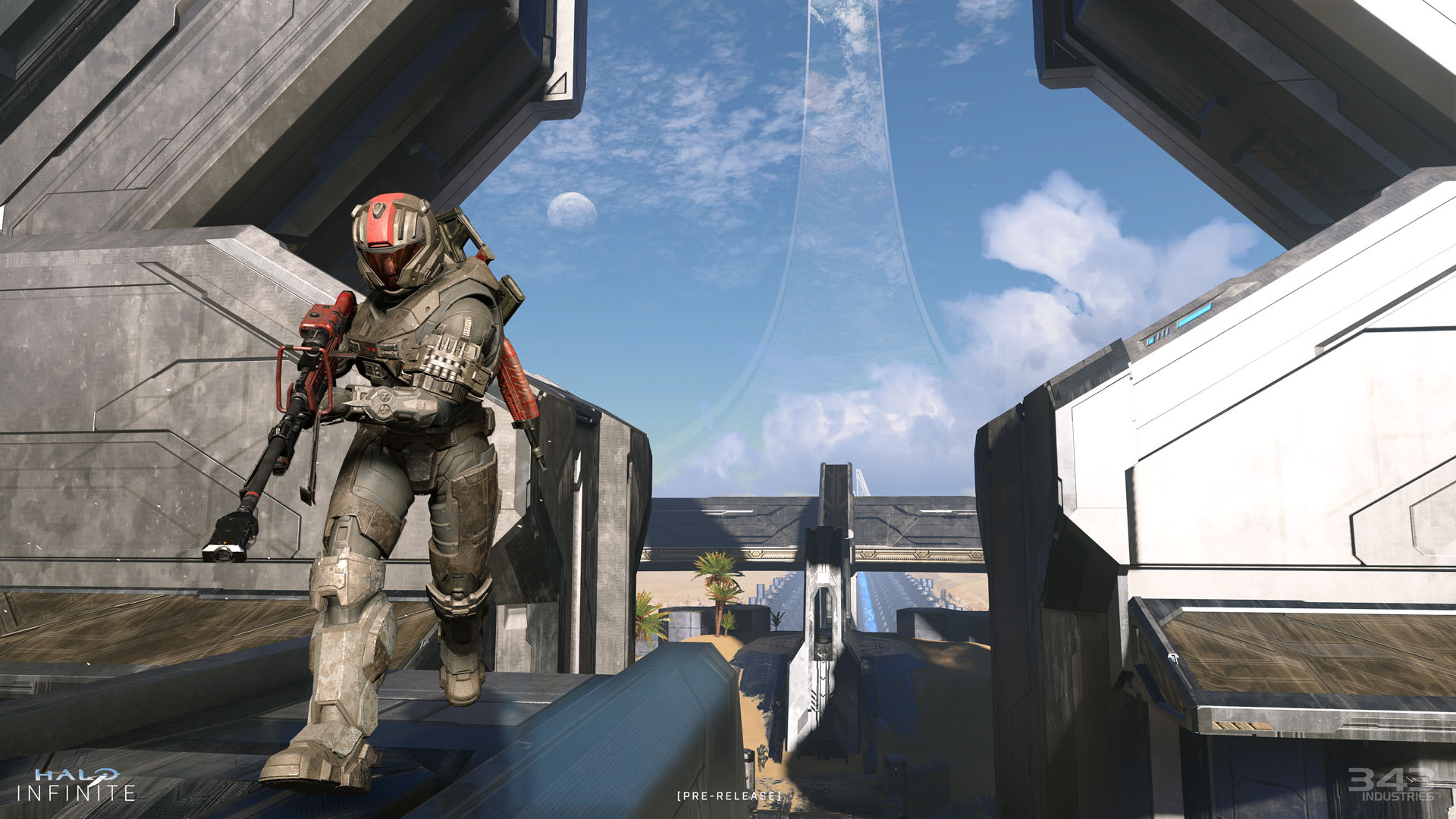 Visually, the game seems to resemble later entries in the series more closely thanks to its ample lighting effects and glossy surfaces. The new story trailer features the Master Chief drifting through space and taking out various enemies. Next, Spartan 117 speaks to a Cortana-like artificial intelligence assigned to delete the now-rogue AI featured in every mainline Halo game. Beyond this, nothing else was revealed about Halo Infinite’s plot.

On the multiplayer side of things, a brief supercut showed off several weapons and abilities, including the game’s Grappling Hook and classic modes like Capture the Flag (there’s even a moment where the Grappling Gun is used to pull a weapon towards the player). Though it’s still early, Halo Infinite’s multiplayer seems to have a very Halo 2-like feel to it in terms of pacing and graphical style.

Microsoft reiterated that Halo Infinite‘s multiplayer will be entirely free to play and that the game will support 120fps.

Following Halo Infinite‘s gameplay reveal back in July 2020, many fans were disappointed by the game’s stripped-back approach to visuals. Several reports also indicate that Halo Infinite‘s development has been turbulent, with key team members behind the title leaving the project.

Microsoft then brought on Joe Staten, a veteran of the Halo series, to lead the game’s single-player campaign, and Pierre Hintze, to take control of its multiplayer development.

Microsoft says that both Halo Infinite‘s multiplayer and single-player campaign will launch simultaneously this holiday.