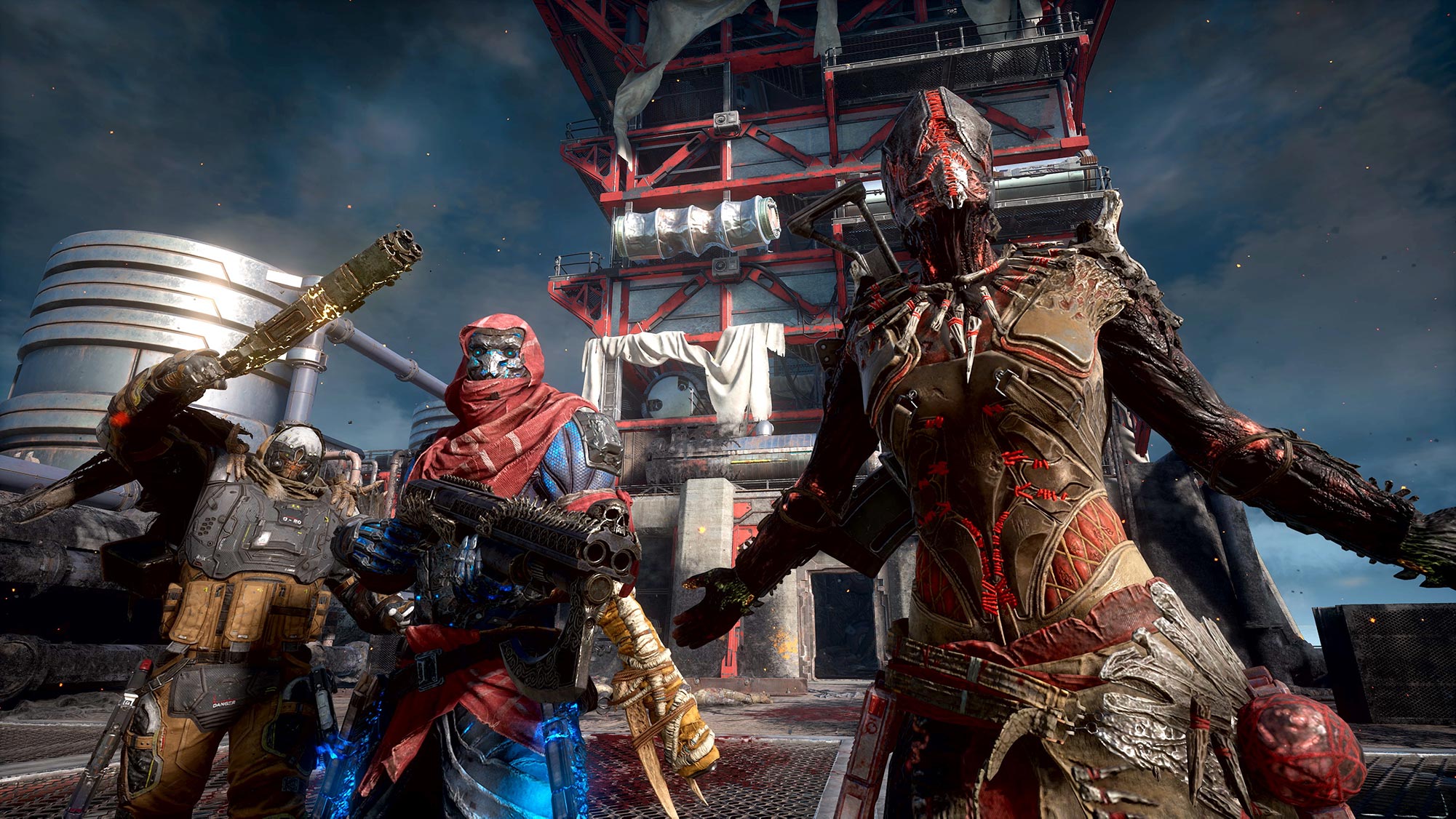 People Can Fly’s Outriders is far from perfect.

The looter-shooter has been experiencing an undeniably difficult launch plagued with glitches and rampant server connection issues (on the plus side, though, the studio has been very communicative about the game’s problems).

Its graphics aren’t incredible (though the game does look pretty good on the Xbox Series X), textures can sometimes appear muddy, the voice acting is inconsistent and characters’ faces often lack the detail you’d expect from a big-budget video game of this calibre. 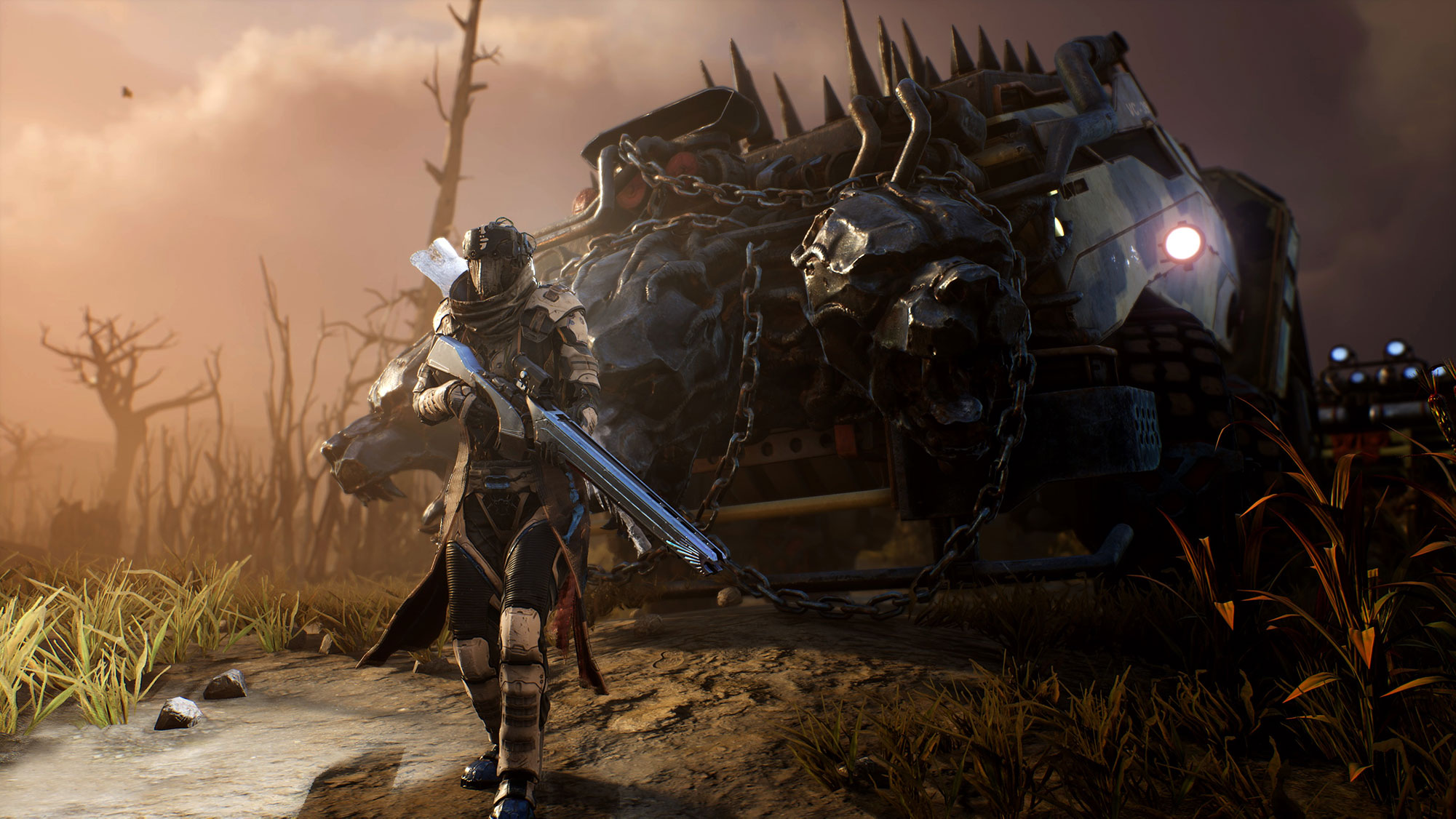 With that in mind, when it comes to actual moment-to-moment gameplay and, most importantly, its looter-shooter mechanics, Outriders feels nearly flawless.

First off, it’s important to point out my initial impressions of the game after playing its roughly three-hour demo last month weren’t an accurate indication of the entire experience; Outriders really isn’t a cover shooter that wants you to avoid using cover.

If you’re playing with a squad of friends on a relatively low ‘World Tier’ — the game’s mechanic that adjusts enemies based on your level — then sure, it’s easy to blast through everything in sight. But once you hit higher levels and World Tiers, cover is a necessity for survival. Given People Can Fly’s past work on Gears of War Judgment, this emphasis on hiding behind objects isn’t entirely surprising. Your character controls sort of like a lighter version of Gears’ beefy, UFC-like avatars, allowing you to lock onto cover and roll with ease. 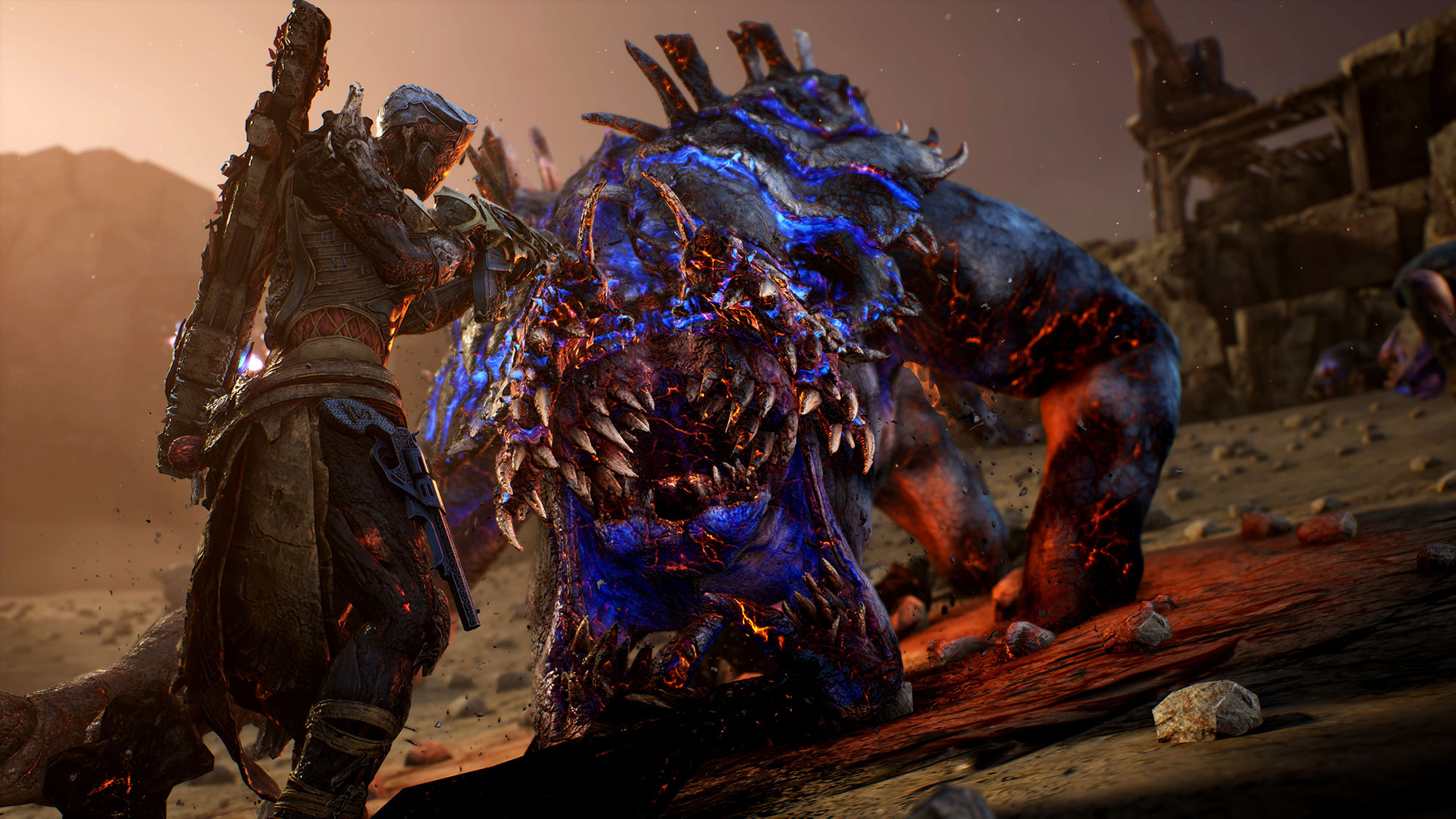 Speaking of your character, each class in Outriders feels distinct and handles health regeneration differently. For example, the medium-range ‘Pyromancer’ I use specializes in fire abilities like ‘Thermal Bomb,’ which ‘Burns’ and ‘Interrupts’ enemies, and ‘Eruption,’ which basically creates a mini-volcano on top of your foes.

You can also augment abilities and weapons in interesting ways with armour Mods. For example, there are Mods that allow you to use Eruption twice in a row before requiring a cooldown, and others that increase the duration and damage different abilities are capable of. The Pyromancer also regains 24 percent health every time you kill a marked enemy, forcing you to constantly use your abilities.

Other character classes include the close-range Trickster, the long-range turret-wielding Technomancer and the close-range Devastator tank. I’ve also spent time playing as a Trickster and really enjoyed the character’s teleporting ‘Hunt the Prey’ ability that allows you to instantly appear behind enemies. As a Trickster, you’re encouraged to always be at the centre of the action since every close-range kill heals you by 20 percent of your maximum health and regenerates 20 percent of your shield. 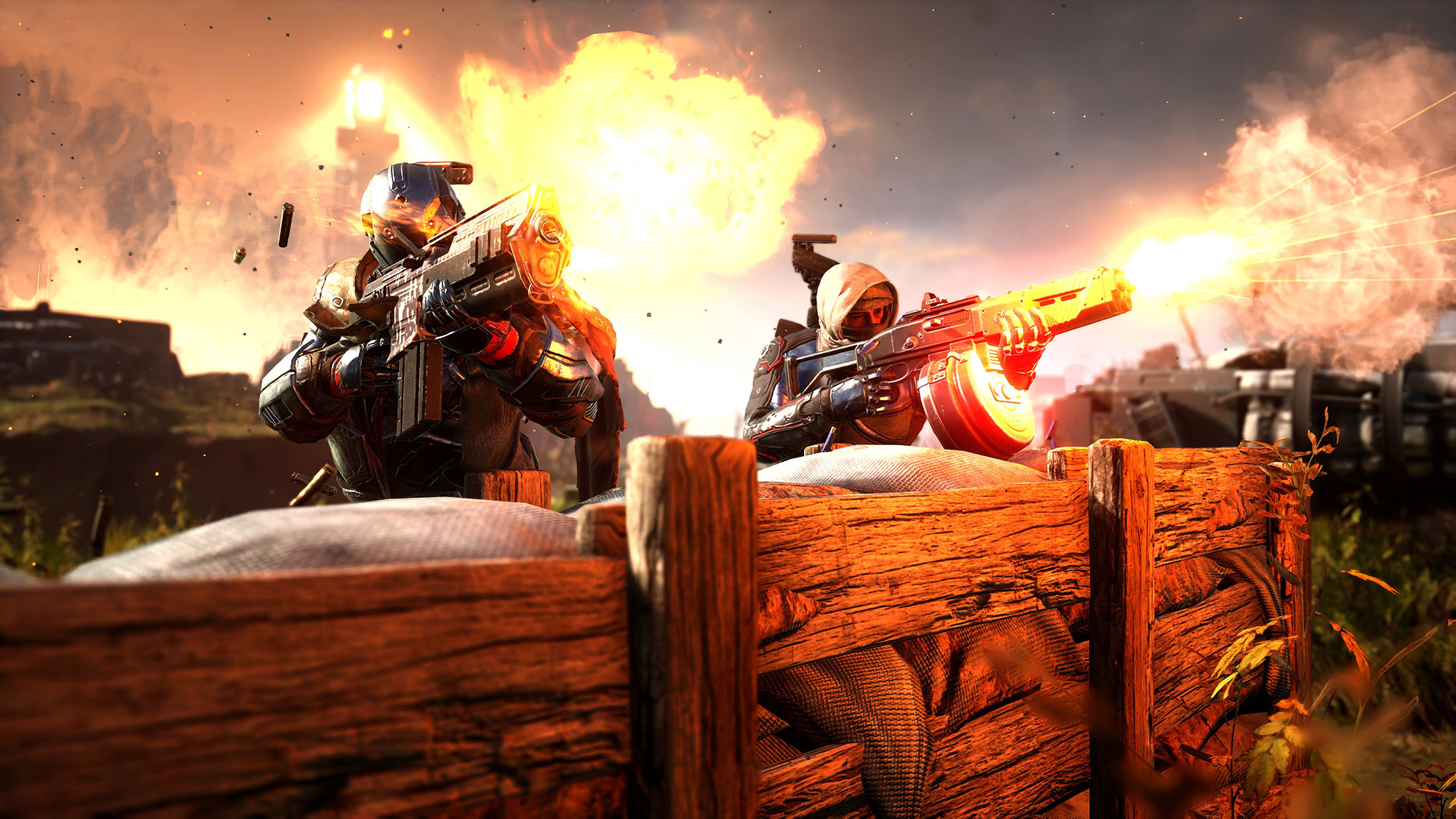 Abilities are at the centre of Outriders‘ gameplay, with weapons like assault rifles, shotguns and sniper rifles feeling more like a stop-gap measure until your cooldown period is over. In a way, this almost makes the game feel more like a hack-and-slash title like Diablo III than a traditional looter-shooter in the vein of Destiny or The Division. Moreover, as you gain a better understanding of your character’s abilities, you’ll start to come up with different customization combos that complement other players in your squad.

Like most titles in the genre, the name of the game here is getting your hands on shiny, slightly more powerful weapons and armour, and equipping them. This makes your character incrementally more powerful over the course of the game, giving you that dopamine-dispensing reason to continue playing. Unfortunately, higher-tier gear often looks ridiculous, though towards the end of the game cool full sets of armour start to appear.

What’s different about Outriders is how it handles the looter-shooter hustle. First off, Poland-based People Can Fly isn’t positioning the game as an online service. There are no in-app purchases or season passes, and you can play the entire experience solo if you want (it’s much harder), though, like most games in the genre, Outriders is best played with a squad.

Weapon and armour drops come fast and furious, with Epic and Legendary items being both random and tied to certain missions. Beyond its gameplay, where Outriders truly shines is in its customization.

For example, if you have an Epic one-shot rifle you’re particularly fond of, you can continuously level it up alongside your character through an in-game currency called ‘Shards.’ On the other hand, if there’s a gun that features two Mods you’re fond of, like ‘Anomaly Surge,’ which delivers a 1.5-metre blast, or higher-tier abilities like the Level III ‘Ultimate Bleeding Bullets’ that casts constant damage-dealing ‘Bleed’ on foes, then all you’ll need to do is Dismantle that weapon and you can drop its mods on a more powerful Legendary weapon.

The choice of how you approach weapon and armour customization is ultimately up to you and feels far more open than other looter-shooters I’ve played, like Destiny, for example. 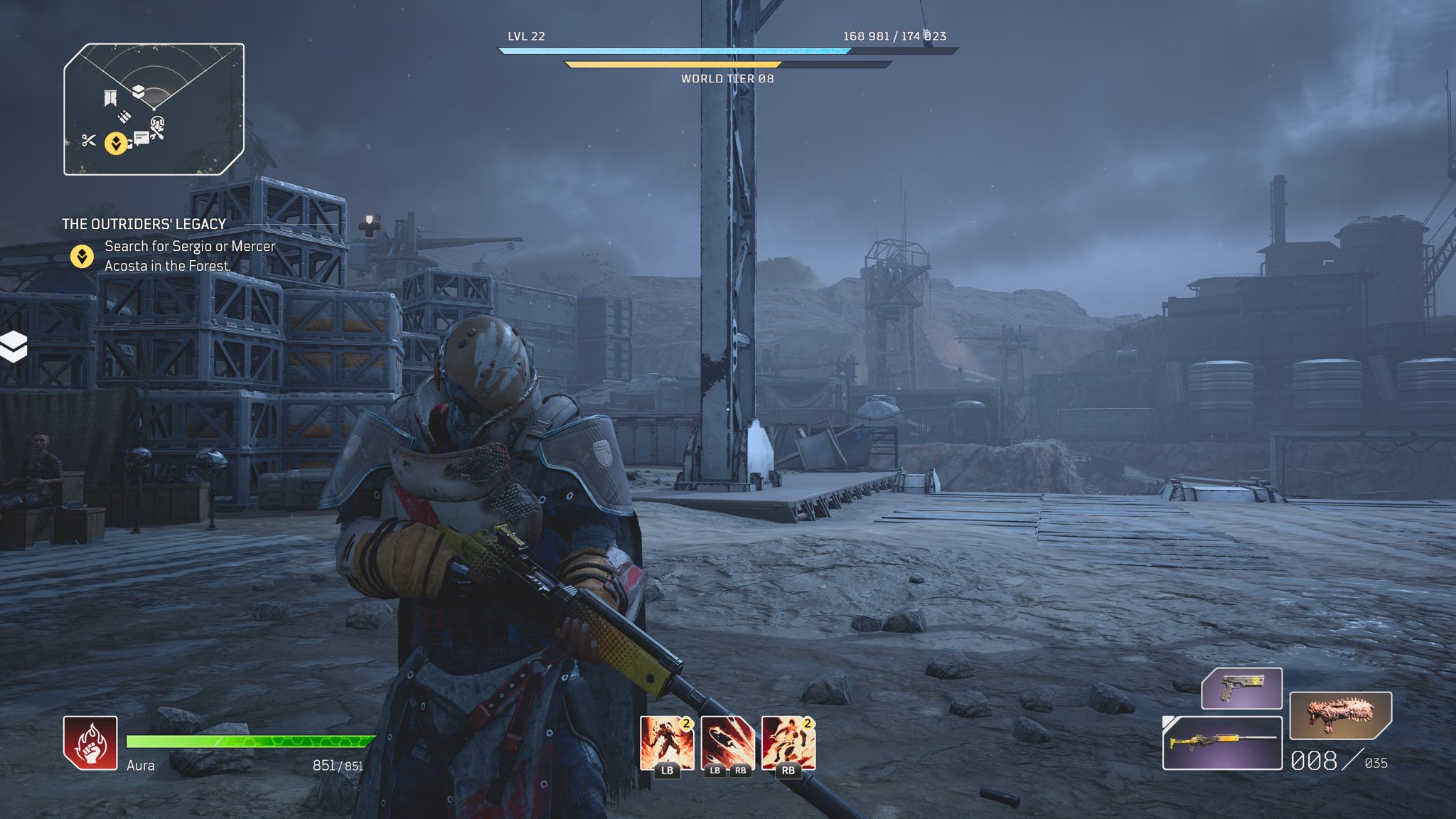 Though the plot isn’t usually the main concern when it comes to looter-shooters, I’ve found my journey across Enoch — a hostile, war-torn planet humans are attempting to start fresh on — more compelling than I expected. It’s filled with science fiction tropes and spotty voice acting, but at times, it’s also got surprisingly smart writing, interesting characters and fascinating twists and turns surrounding the mystery of the ‘Anomaly’ and the powers of the ‘Altered.’ I’d best describe Outriders‘ story as inconsistent; there are moments where it shines, but it can also be pretty painful at times.

It’s important to note that if you’re playing with friends, and they’re not on a current-gen system like the Xbox Series X or PlayStation 5, Outriders’ hub world navigation system can quickly become a drag. Some missions have you jumping between different areas to accomplish goals, resulting in frequent load screens. This isn’t an issue on newer consoles since load times are only a few seconds, but on the Xbox One, for example, you’ll sometimes be waiting up to a minute. 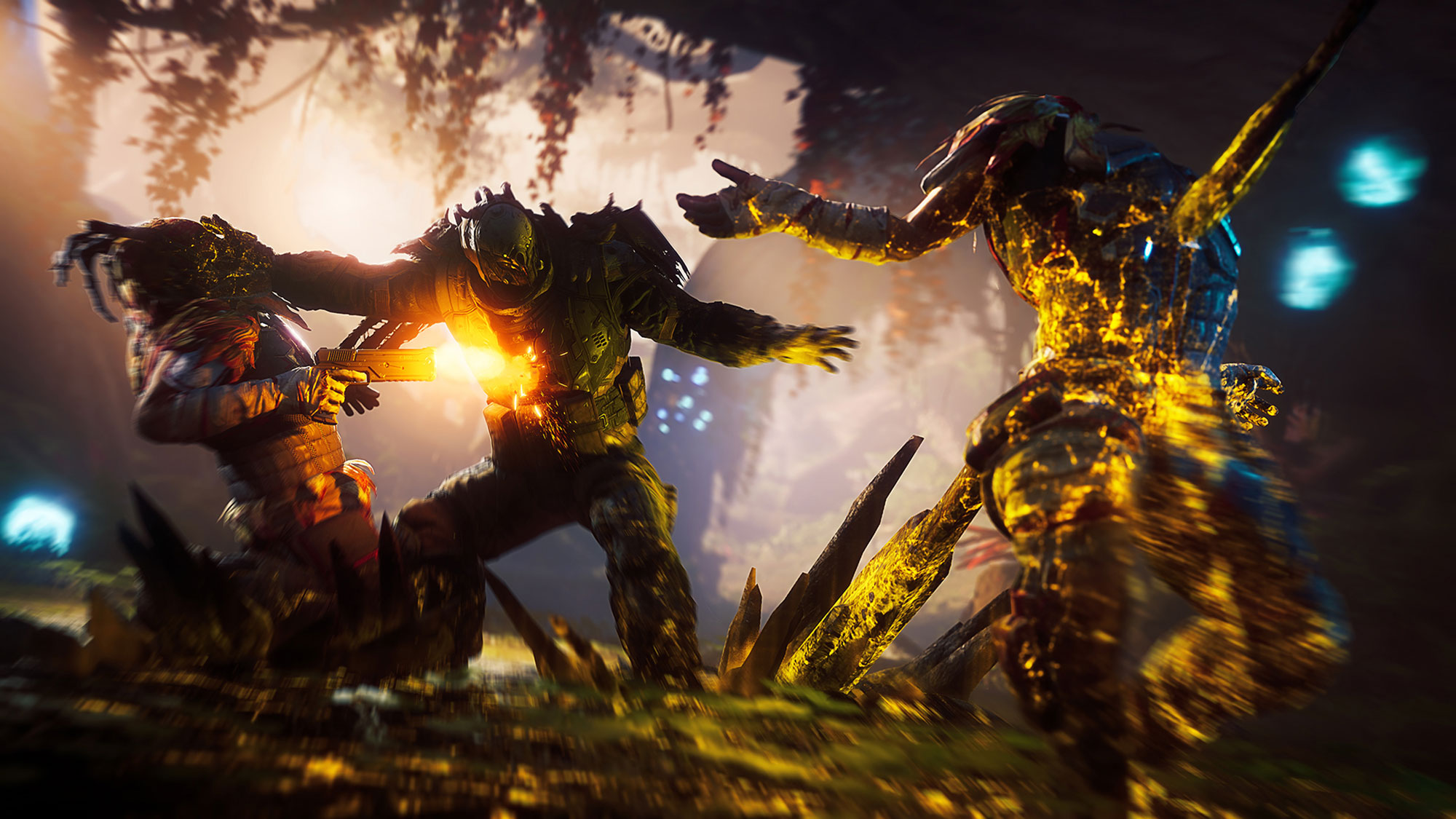 There are also problems with the game’s cross-play features preventing friends from joining games, though it’s great that Outriders launched with co-operative gameplay across Xbox One, Xbox Series X/S, PlayStation 4, PlayStation 5, PC and even Stadia. The issues don’t end there, either.

For example, I’ve encountered a glitch where I can’t roll and my abilities disappear, and some people have reported their inventory being entirely wiped (the issue has reportedly been fixed). Sometimes I’m also just entirely unable to join my friends’ games, forcing us to reboot. Hopefully, these are issues People Can Fly fixes in the coming weeks. There’s also the question of what Outriders’ end-game looks like, which can often make or break looter-shooters. I’m very close to making it to that point in the game, but I haven’t quite gotten there yet.

When everything falls in place and you’ve tweaked your character and weapon build precisely how you want, Outriders can be wildly entertaining. Missions feel varied, weapons and abilities are fun and surprisingly, the game features a story that’s a cut above most other looter-shooters in most respects. If People Can Fly is able to iron out some of Outriders technical issues, it might have one of 2021’s first big hits on its hands. 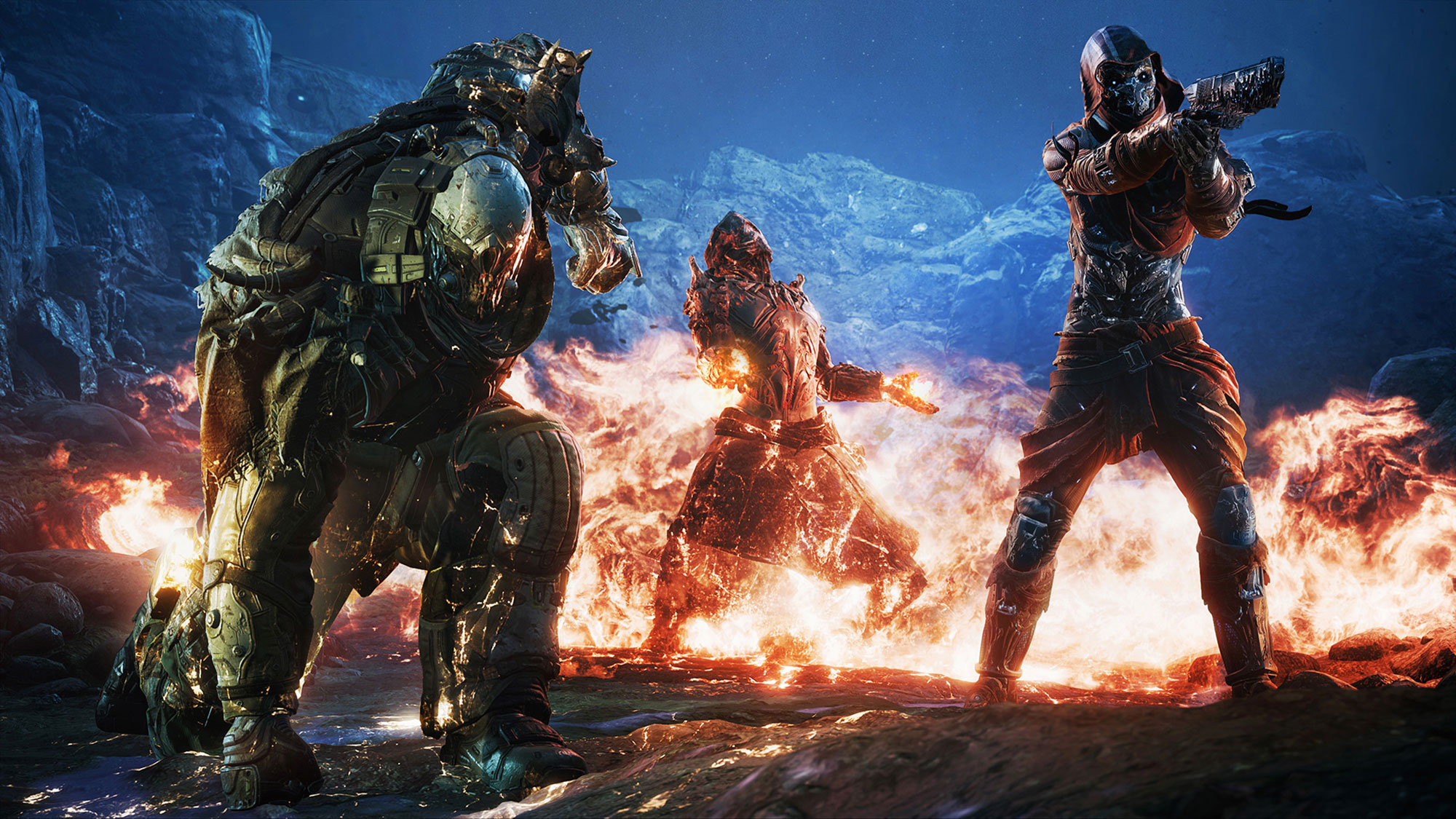 Outriders is available now on Xbox One, Xbox Series X/S, PlayStation 4, PlayStation 5, PC and Stadia. The game is also part of Microsoft’s $11.99 per month Xbox Game Pass service on Xbox consoles and on Android via a $16.99/month Game Pass Ultimate subscription.