Balancing multiple 'jobs' has never been this fun 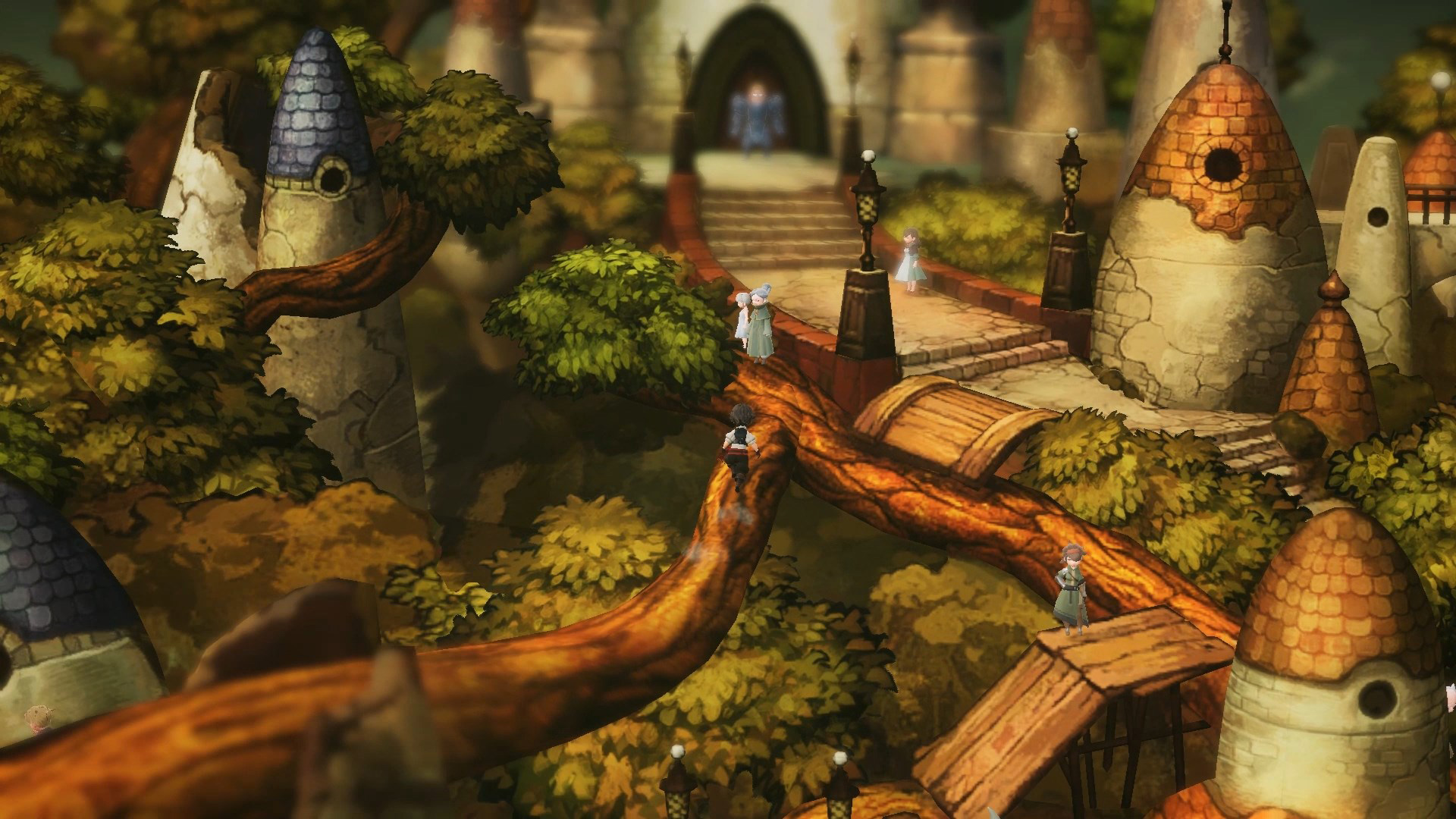 The first two entries in the Bravely Default series originally launched in 2012 and 2015 as 3DS exclusives, but now, the leap to Nintendo’s Switch is complete.

Bravely Default II‘s handheld origins are clear as day in terms of graphical design, even on the Switch’s more powerful hardware.

The game may be a bit lacking in its visuals and plot, but its ever-evolving gameplay rooted in deep customization more than makes up for those shortcomings.

Despite its title, Bravely Default II isn’t a direct sequel to either of the games that came before it.

Do you like Japanese role-playing game (JRPG) stories containing protagonists with amnesia? Because that’s precisely how Bravely Default II starts out. You play as Seth, a sailor who washes up on a beach in a land called Halcyonia on the continent of Excillant. And, of course, he can’t remember anything about the shipwreck, or any event that came before it.

Upon waking up, he’s met by Gloria — a princess, and one of the four main party members. Less than 20 minutes later, Seth ends up in a fight to protect an old lady. This is when he joins up with the two other complete strangers turned party members: Elvis the scholar, and Adelle the mercenary. 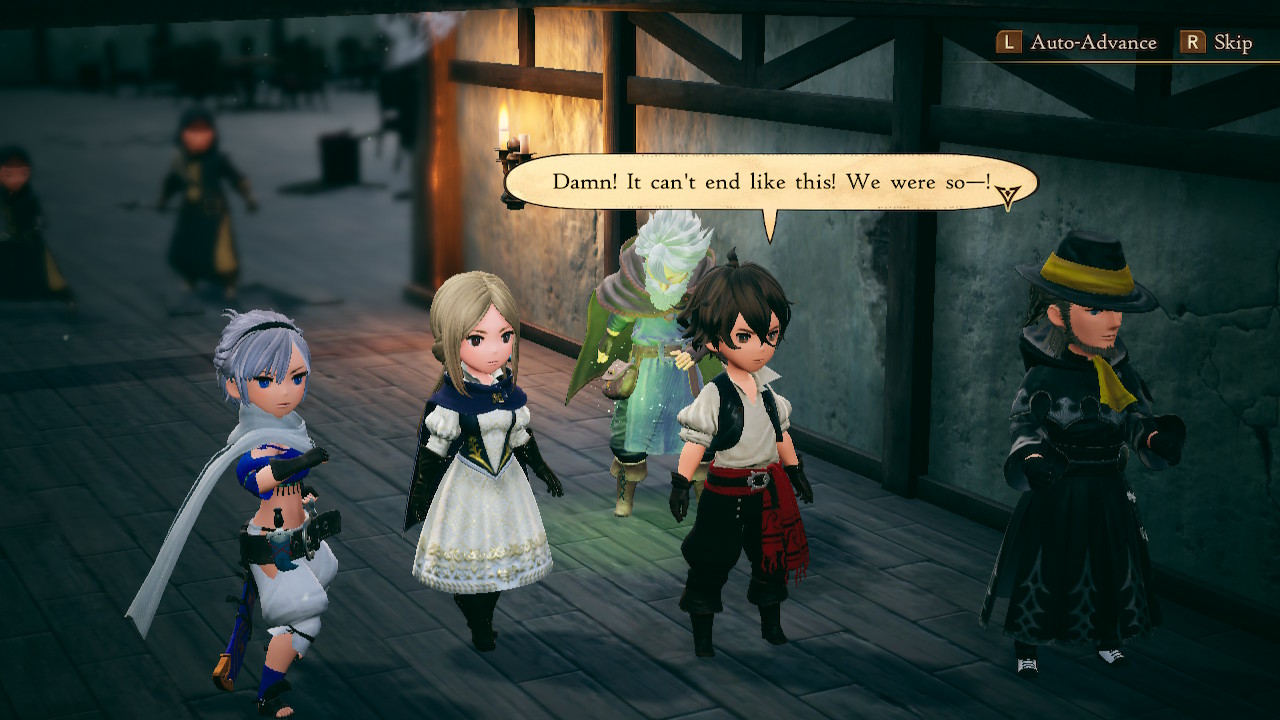 If that sequence of events feels a little rushed, it’s because it most certainly is. In little to no time at all, you’ll have a full party of travellers who must band together to save the world in true JRPG fashion.

Initially, they must do so by collecting ‘Sacred Crystals’ that each embody an element, including ‘Water,’ ‘Fire,’ ‘Earth,’ and ‘Wind.’ If that doesn’t just scream basic Japanese role-playing game (JRPG) plot, I don’t know what does.

There are a few twists and turns after hours of gameplay, but they aren’t exactly what stands out most about Bravely Default II.

The game deserves praise in a few areas, but its plot feels like its weakest link. The pacing and storytelling often feel off, as key events and scenes tend to happen one after the other in quick succession with little build-up or context. This is especially true early on as a number of characters are introduced, making it hard to get invested in anyone in particular. 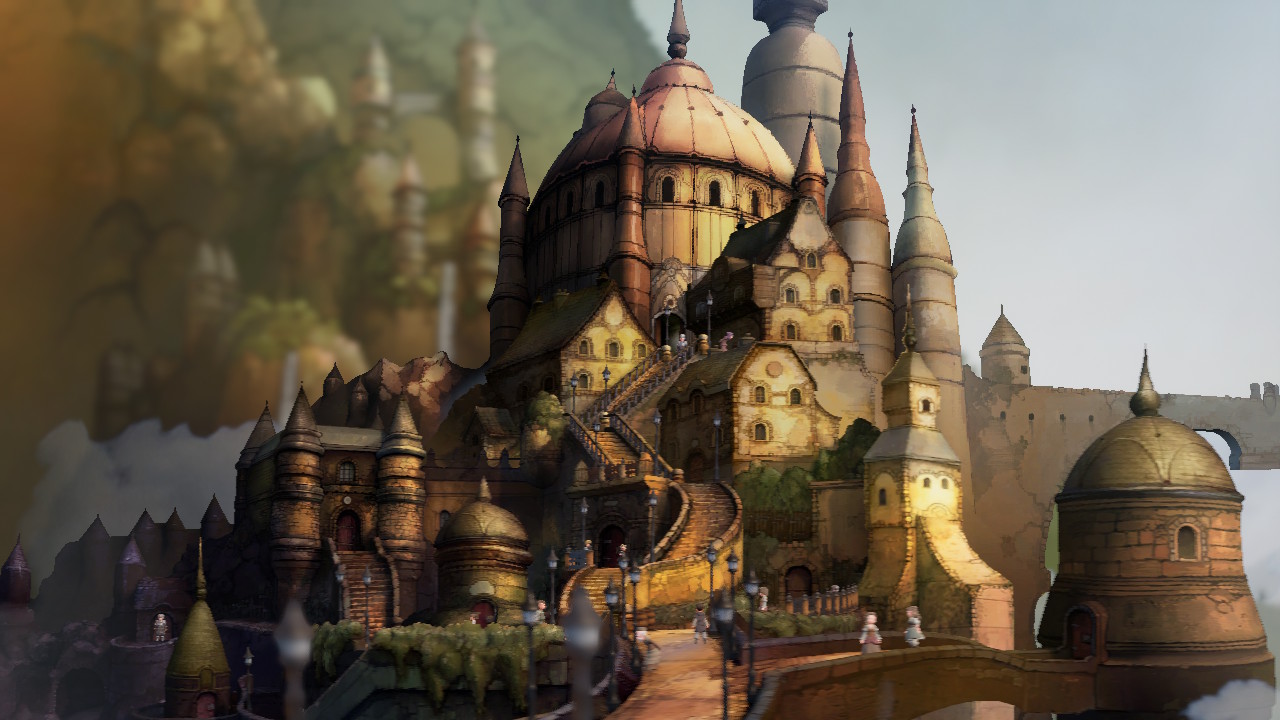 Bravely Default‘s cutesy, disproportionate chibi character models worked on the 3DS, but they don’t look nearly as appealing on the Switch — especially close up in cutscenes and dialogue.

To the game’s credit, some conversations are carried out like stage plays, which is interesting to look at. It’s just a shame that design-wise, the characters in these scenes can range from kind of cool to unpleasant to look at.

Thankfully, the same can’t be said of the various towns, dungeons, and other locations. They’re all beautifully drawn, visually distinct, and a joy to explore as the core gameplay loop keeps your eyes glued to the screen for hours.

The best part of Bravely Default II is, without a doubt, its unique twist on classic turn-based combat. 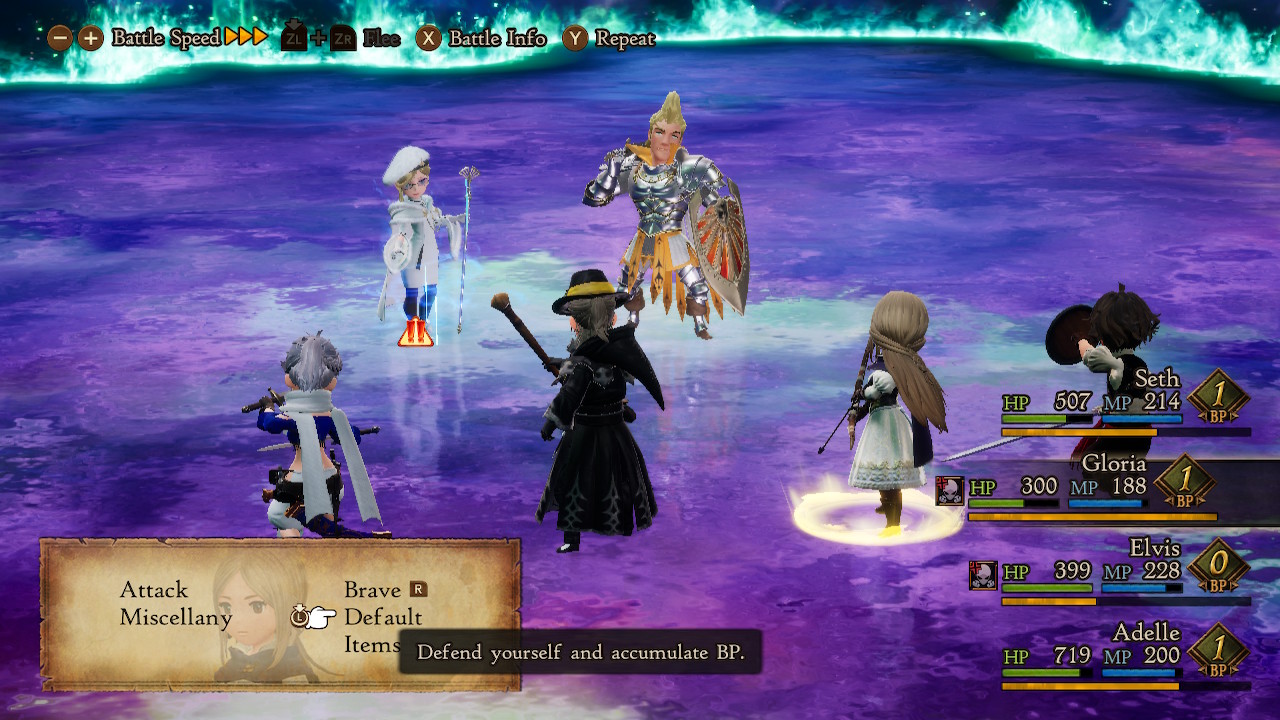 The Brave and Default systems are the signature battle features of the Bravely Default series, as you may have guessed by the title.

The Default command is a defensive technique that has characters defend for a turn in order to build up Brave Points (BP). Using BP allows characters to perform multiple actions in one turn. For this reason, you’ll more than likely want to start out battles building up BP to use against enemies for future turns.

So, for example, you could attack, support an ally, then use an item all in a row without interruption by using three BP. Your more offensive characters can even use BP to simply attack multiple times in a row to finish enemies off in one turn.

Brave Points can even be borrowed from future turns when you don’t currently have any, which allows for some real strategic decision-making that shakes up gameplay if you get creative while planning ahead. There are plenty of opportunities to apply complex game plans in combat thanks to the Brave and Default systems. 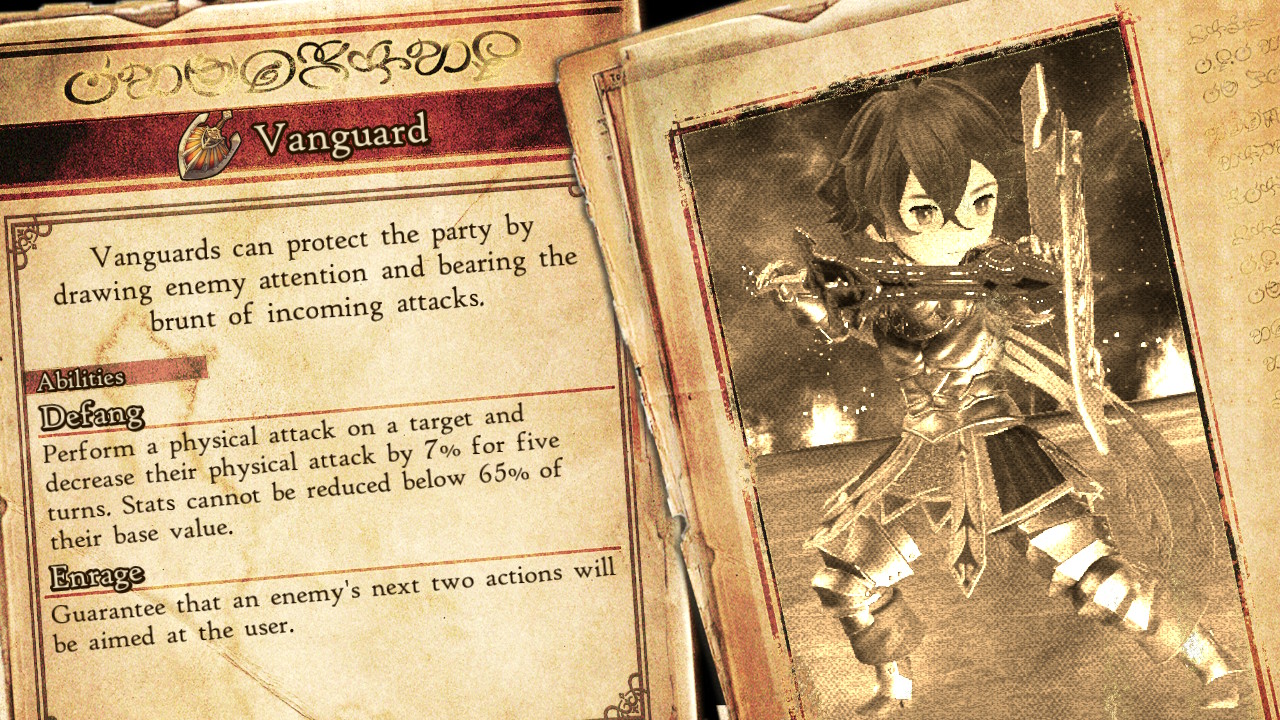 However, when taking BP from future turns, you’ll be in the negative, meaning that you can’t perform any actions at all until your BP rises to zero again. This makes it a serious gamble in some battles, but if it pays off, your enemies will be defeated, and you won’t have any consequences to worry about.

The depth of Bravely Default II‘s combat doesn’t end there, though. Each party member can be customized to fit any playstyle you want with the Job system.

Jobs are basically classes, and they can be switched in and out at will for each character to tailor party members to your liking. Each character can have a Main Job and a Sub Job, allowing for a combination of unique abilities to be learned as the character levels up and earns JP (Job Points) through battle.

If you want someone to learn healer abilities, you can assign the White Mage Job to Seth, Gloria, Elvis, or Adelle. For more of a tank role, the Vanguard Job will do the trick. The number of choices is amazing. 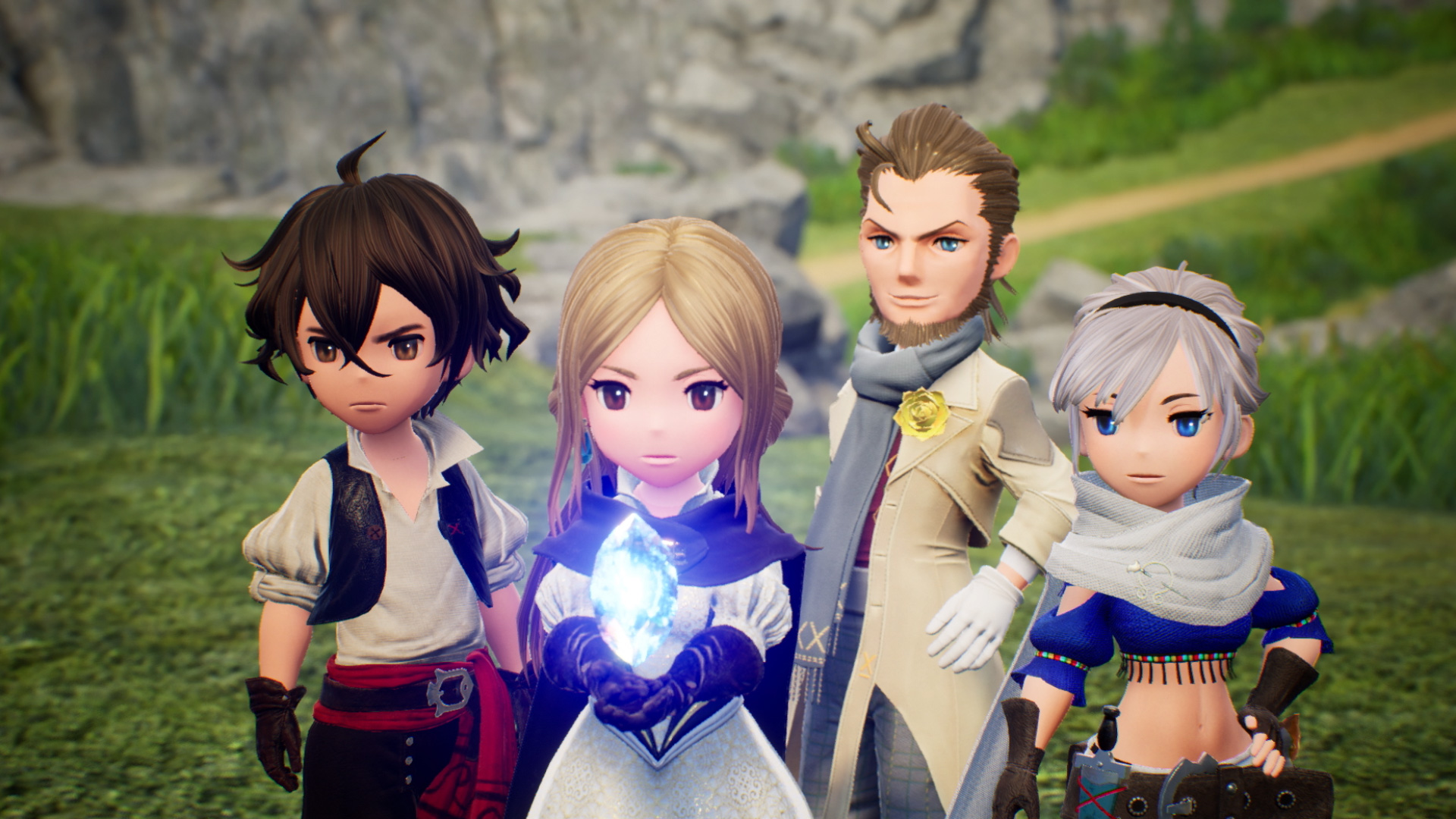 New Jobs can be obtained by defeating special enemies, like main or hidden bosses, for example. It’s a bit of a Mega Man formula in a way, at least when it comes to the most straightforward way of gaining new classes.

Those can be extremely tough fights with dangerous difficulty spikes, so having a spread of abilities that covers all your bases is vital when looking to challenge any sort of boss enemy.

If you have a turn-based RPG itch, Bravely Default II is here to fulfill that need. It takes old-school gameplay mechanics and injects them with a modern touch that feels unique to this genre. 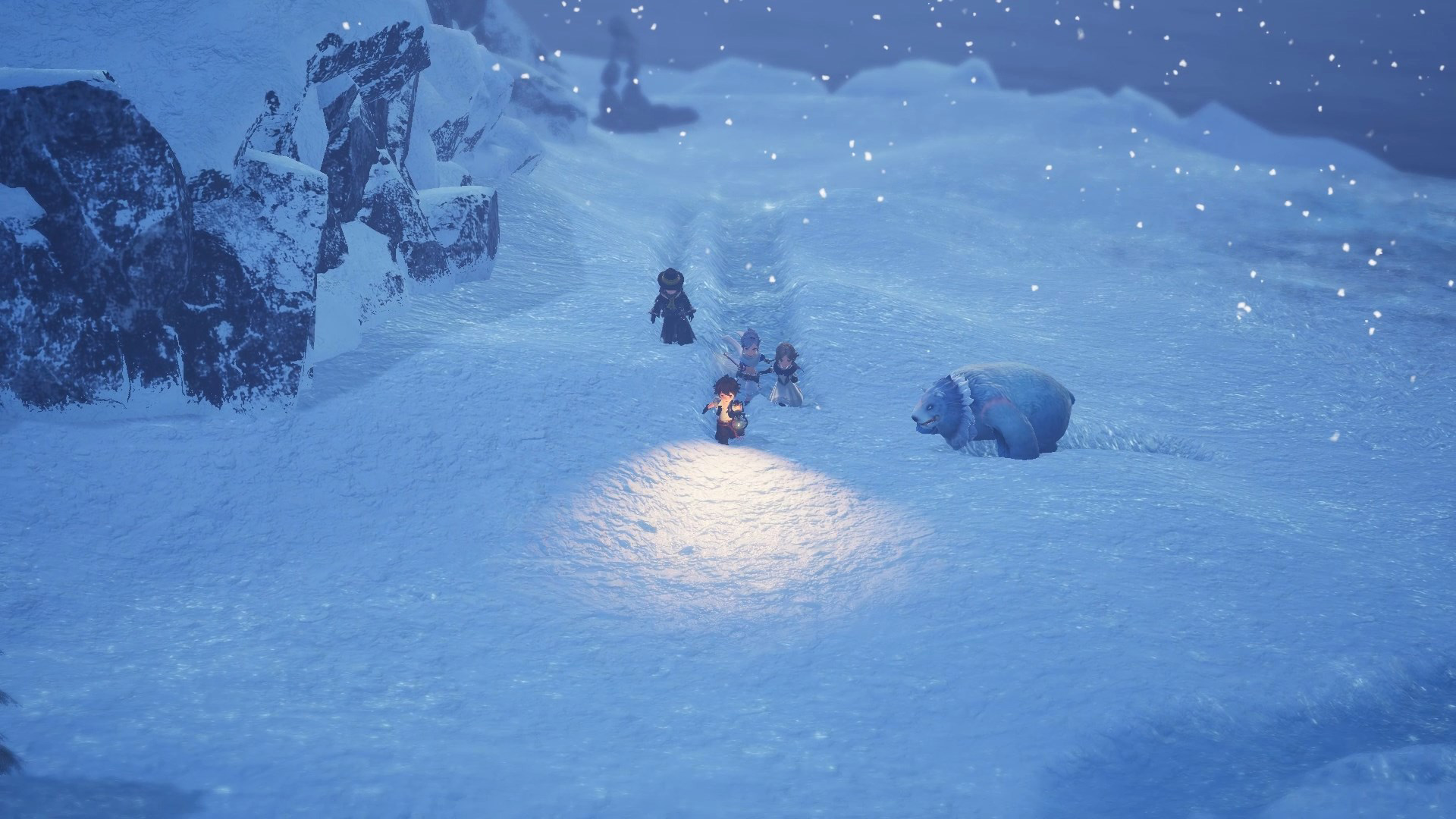 It doesn’t always look the best from a story or graphical design standpoint, but the creative freedom given in various aspects of its combat and customization will keep you coming back for more.

Simply put, balancing multiple ‘jobs’ at once has never been this fun.