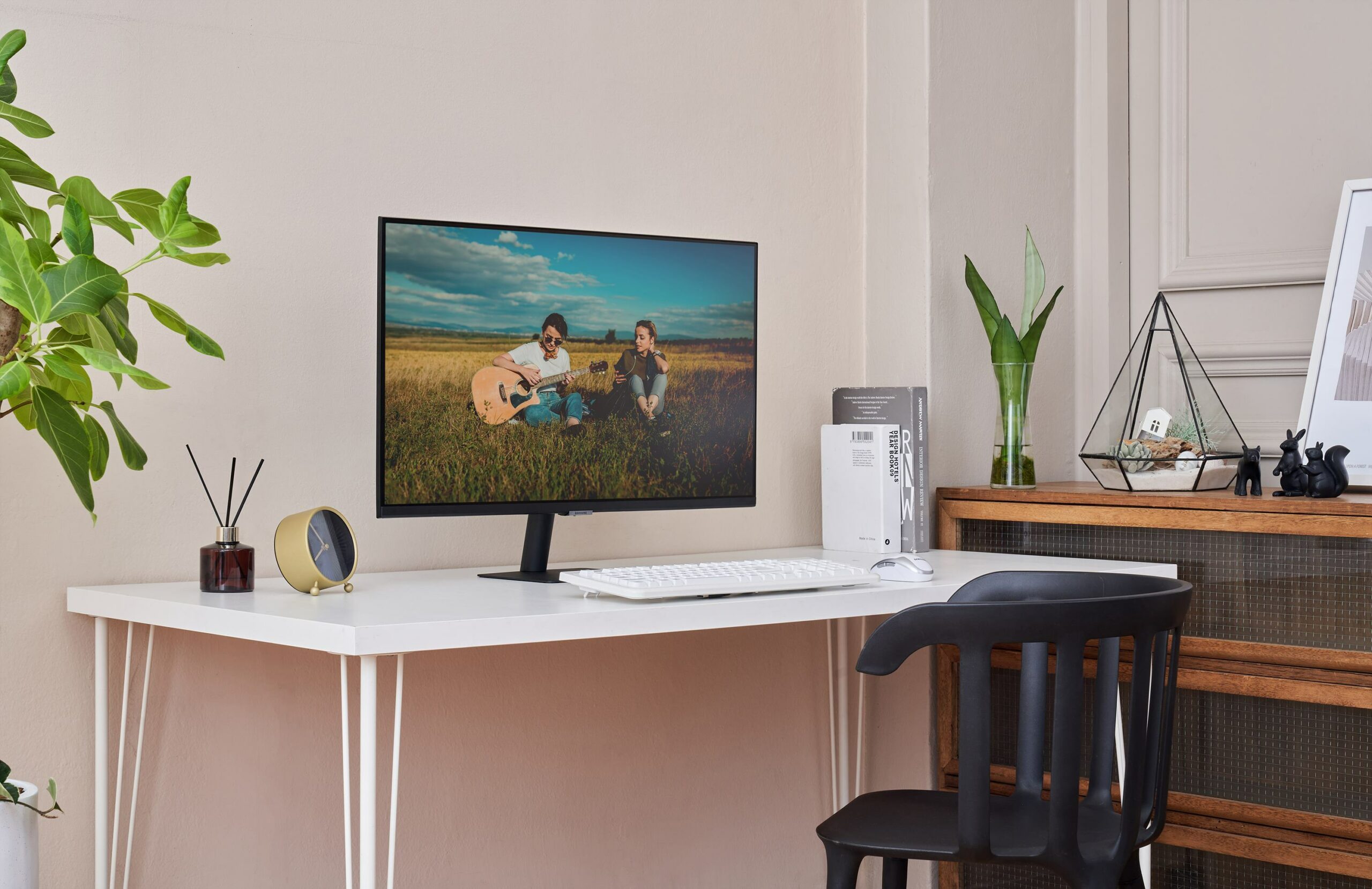 As many people continue to work from home, Samsung has released a new lineup of Smart Monitors packed with interesting new features.

While this functionality might be gimmicky to some people, at least some of these features could be super helpful to others.

For instance, this monitor allows users to access Microsoft 365 cloud documents without being attached to a PC. The new Smart Monitor has a built-in Wi-Fi connection allowing users to view, edit and save documents in the cloud.

Since the display is Wi-Fi enabled, it can also wirelessly connect to a computer through a feature called ‘Remote Access.’ It also has support for Wireless Samsung Dex and Apple’s AirPlay 2 connection standard.

Further, the monitor can take audio and video files via USB-C. This means that if you want to connect your phone with USB or Bluetooth, you can play music back using the monitor’s stereo speakers.

Since this is a Smart Monitor, it acts like a tiny Smart TV. That means you can do things like watch Netflix and YouTube without a connection to a mobile device or PC. There’s even a remote control in the box to make using the device as a small TV more manageable.

If you have a Samsung phone or tablet, you can use the company’s Bixby voice assistant to control the monitor via voice commands.

Much like many high-end phones, the new Smart monitor has a light sensor inside that allows it to match the screen’s hue to the light of the room it’s in. That means that if you’re sitting by a window, your screen fades from a white-light backlight to orange as the sun starts to go down. Samsung says that the company is also using tech to reduce the amount of blue-light its monitors produce overall.