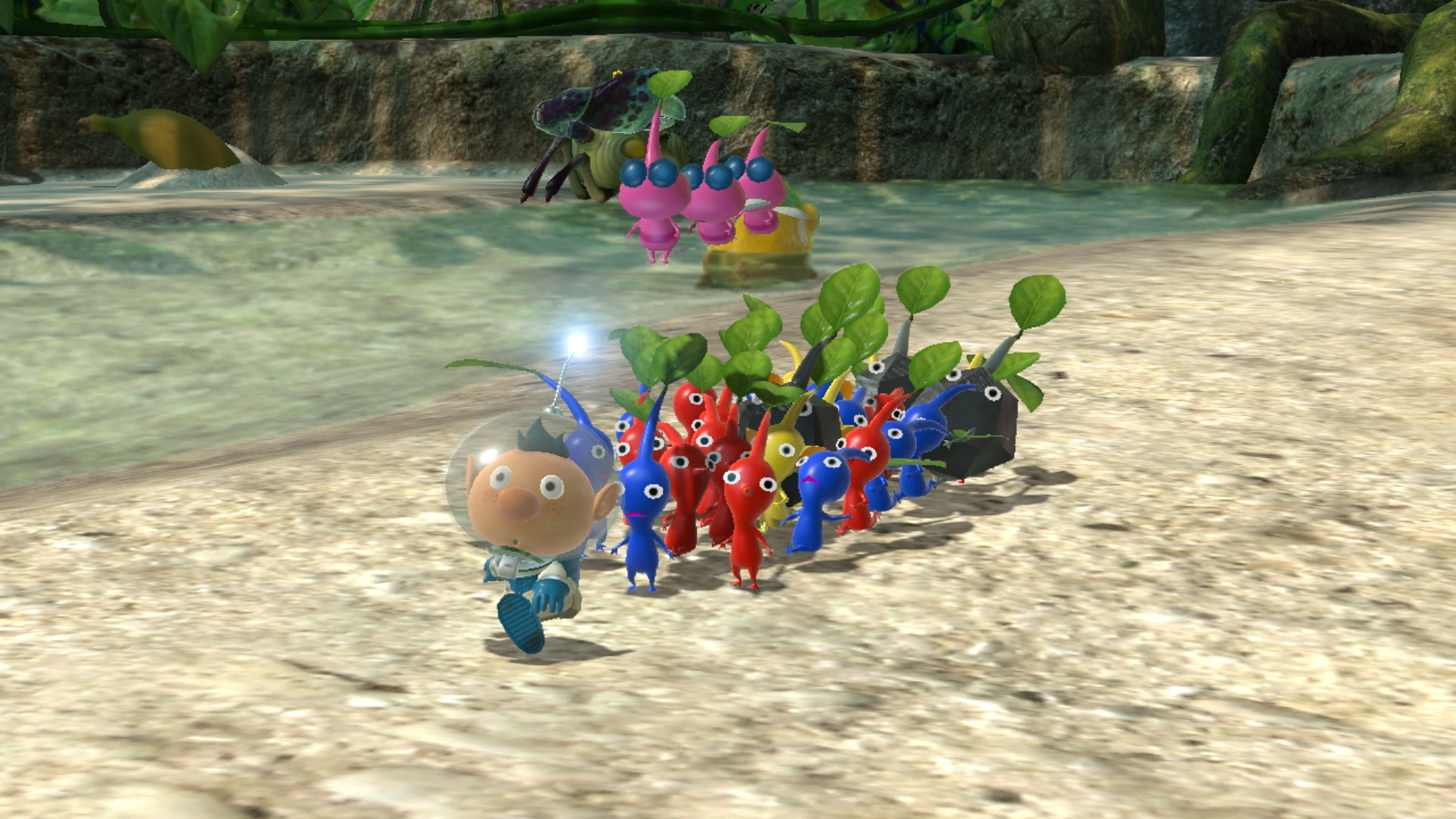 I never intentionally let my tiny little Pikmin die, but they inevitably always do.

Whether I accidentally lead them into a body of water, forget about a stray group that gets ravaged by an insect-like alien, or they get left behind when I leave the game’s planet for the evening, at least a few tiny creatures end up perishing.

Only roughly 20 minutes into my experience with Pikmin 3 Deluxe for the Nintendo Switch, I found myself protecting the mini red, yellow and blue plant-like creatures with a level of dedication I rarely have in video games. I needed to keep them all alive to the best of my ability, and at the end of the game’s day-cycle, no small flower-like creature would be left behind.

This isn’t my first experience with Pikmin 3. I reviewed the game seven years ago for Postmedia-owned Canada.com‘s technology section, where I called the title “charming, unique and addictive.” However, the review has since been wiped from the now-dead website (you can still view the review through The Wayback Machine). 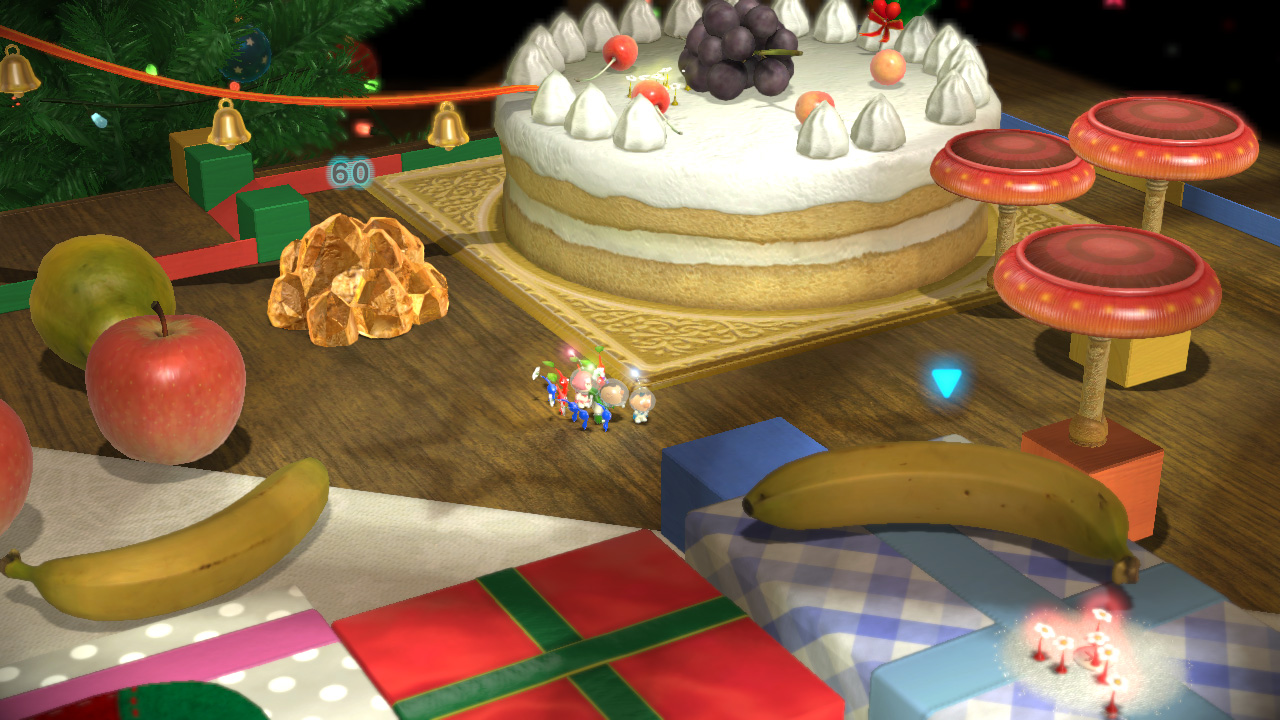 Almost amusingly, I have no recollection of writing this review, though during my roughly dozen hours so far with Pikmin 3 Deluxe, my time with the game all those years ago is starting to come back to me.

It’s a little strange for Nintendo to be finally giving Pikmin 3 the Switch re-release treatment this late in the handheld’s life-cycle. That said, in the face of fancy new next-gen consoles from Microsoft and Sony and no new major original Switch titles on the horizon outside of next month’s Hyrule Warriors: Age of Calamity, the Japanese tech giant has little choice but to dig into its surprisingly solid back catalogue of lesser-known Wii U games. 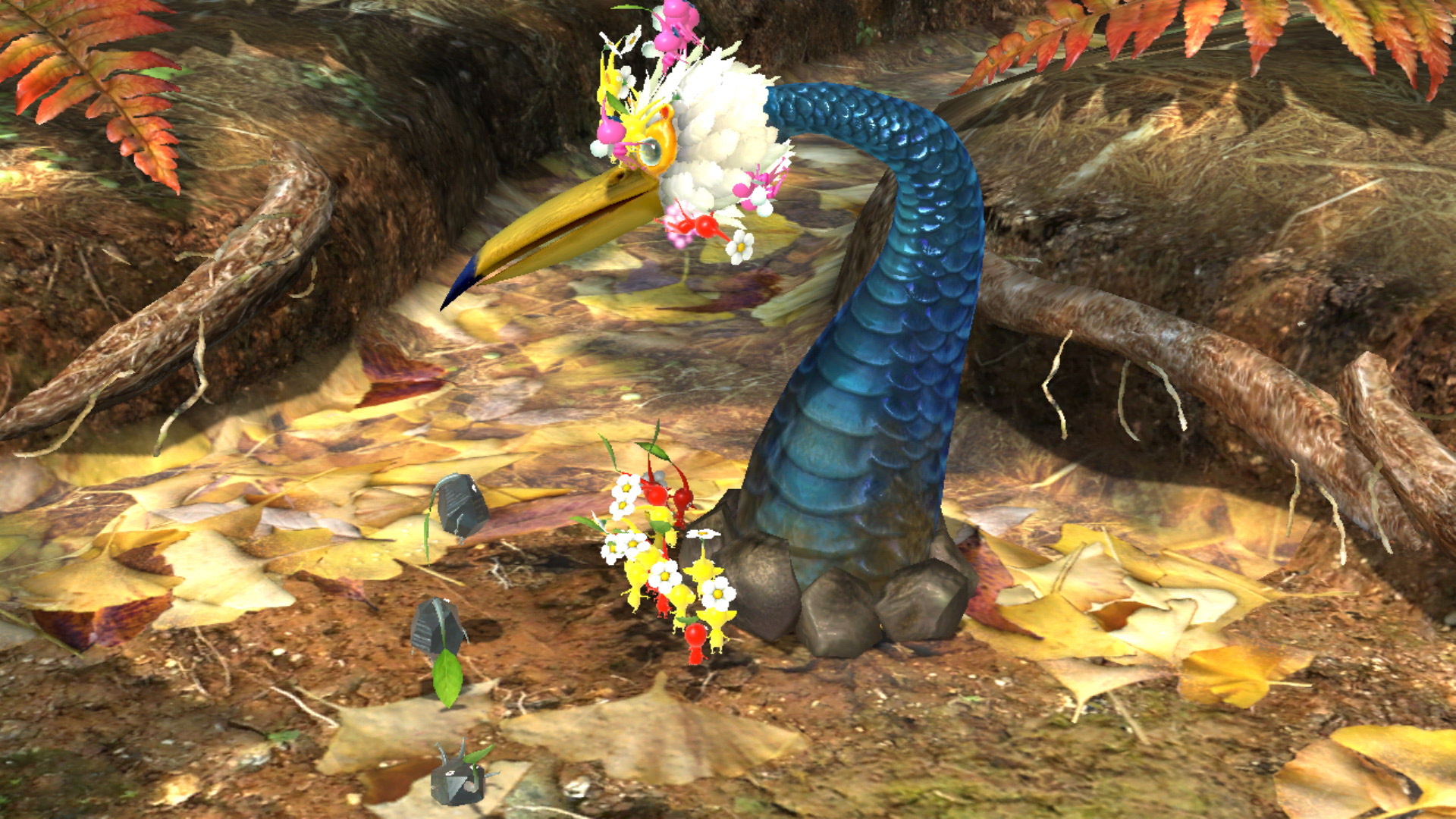 In Pikmin 3 Deluxe, you control a trio of intrepid explorers and command plant-like creatures called Pikmin to find items and collect fruit that can then be used as food for your space crew. Pikmin can carry creatures and items much larger than them — usually food or large dead foes — similar to ants. For example, if you want to get your tiny minions to pick up a rather large lemon, shoot roughly 10 Pikmin at the fruit and watch as they bring the food back to your base.

Different coloured Pikmin have various advantages, including red being resistant to fire, yellow conducting electricity and blue being able to swim. There other types as well, including rock Pikmin that can smash through glass and crystal objects. Though the game now features a hint system, much of its appeal comes from experimenting and uncovering each Pikmin’s purpose. There are also several puzzles involving throwing your own teammates on ledges and tossing Pikmin up to them. 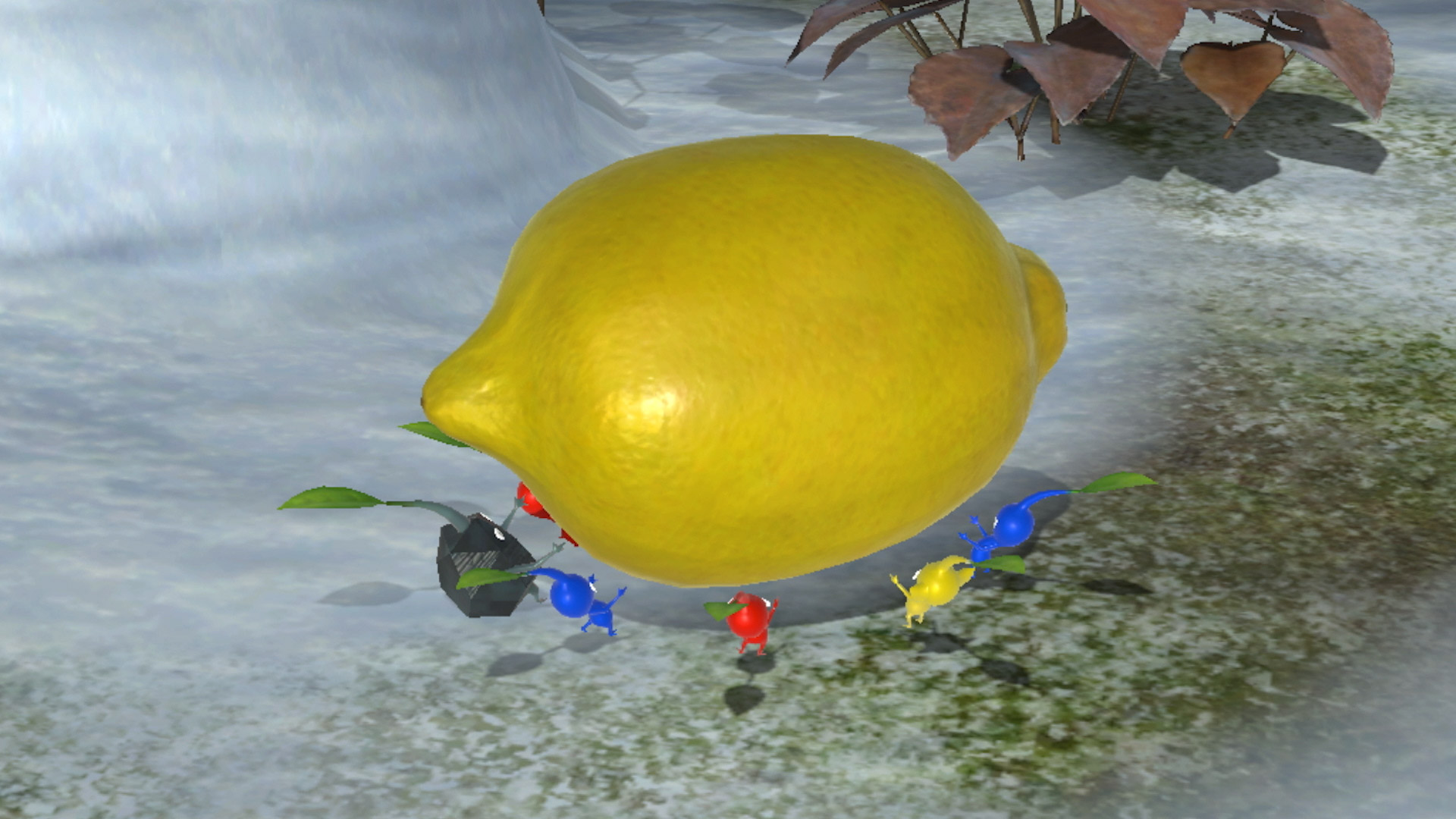 This is where Pikmin 3 Deluxe‘s surprisingly excellent new co-op mode comes into play. The entire game, including the new side stories that feature familiar characters from previous Pikmin games, can be played in local co-op. This can get hectic, especially with tons of Pikmin on screen at once, but many of the game’s puzzles are better experienced with two players.

At the start of each in-game day, you select a specific area of Pikmin 3’s world map to hunt down food and other items related to explorer captains Alph, Brittany and Charlie. You’ll slowly unlock different parts of each stage as you learn more about the planet’s native Pikmin inhabitants and solve puzzles. For example, I couldn’t break through a glass-like barrier until I found rock Pikmin, or light up bulbs in a specific room until I figured out yellow Pikmin can be used for conducting electricity. 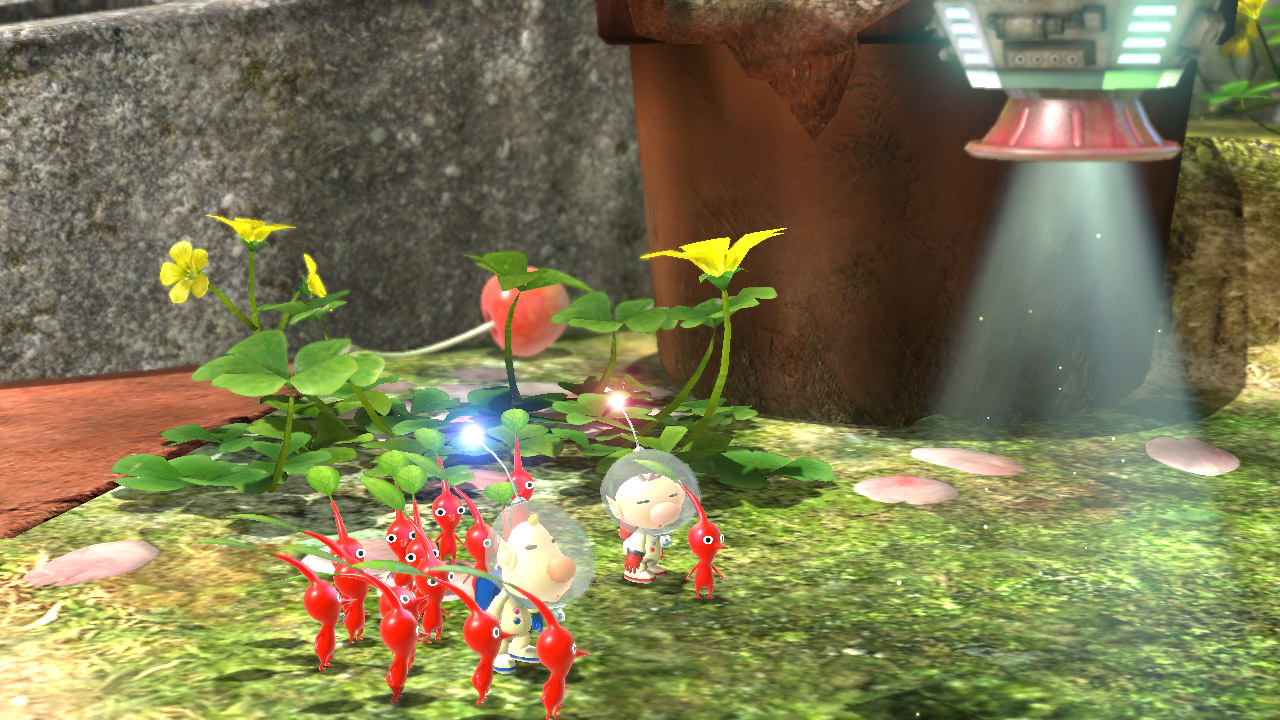 Visually ,Pikmin 3 Deluxe looks fine and runs smoothly on the Nintendo Switch, but the graphical improvements offered by the more powerful console seem to be nearly non-existent. This is a seven-year-old Wii U game, so textures, jagged edges and other weird graphical glitches occur frequently. They’re especially noticeable when playing the game on a television in docked mode.

It would have been great to see Nintendo at least increase Pikmin 3‘s resolution to 1080p and improve some of its visuals. Still, for a game that’s approaching a decade old, Pikmin 3‘s art style has aged remarkably well. 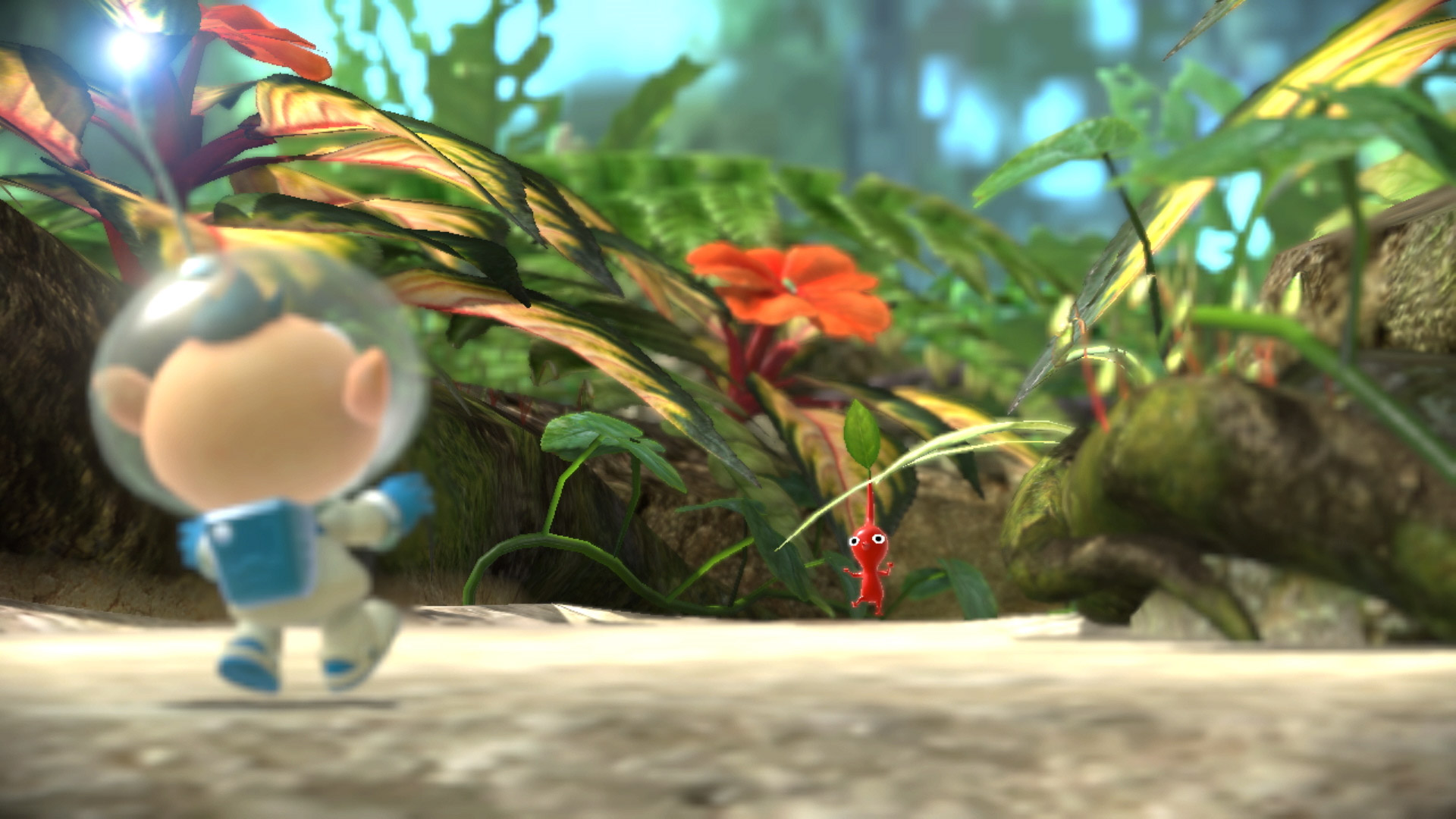 There are other changes in Deluxe, too, including a new ‘Ultra-Spicy’ difficulty mode, throwing Pikmin being generally quicker and easier, and a new overworld map accessible by pressing the ‘minus’ button on the Switch’s Joy-Con.

In the Wii U version of Pikmin 3, players could command their tiny creatures with the ill-fated console’s GamePad. This allowed you to manage your army of plant creatures better and send them quickly to different areas of the map, almost like a real-time strategy game. You can still perform these same actions with Pikmin 3 Deluxe‘s in-game overworld map by placing navigation markers, but the experience isn’t as fluid as it was with the GamePad. 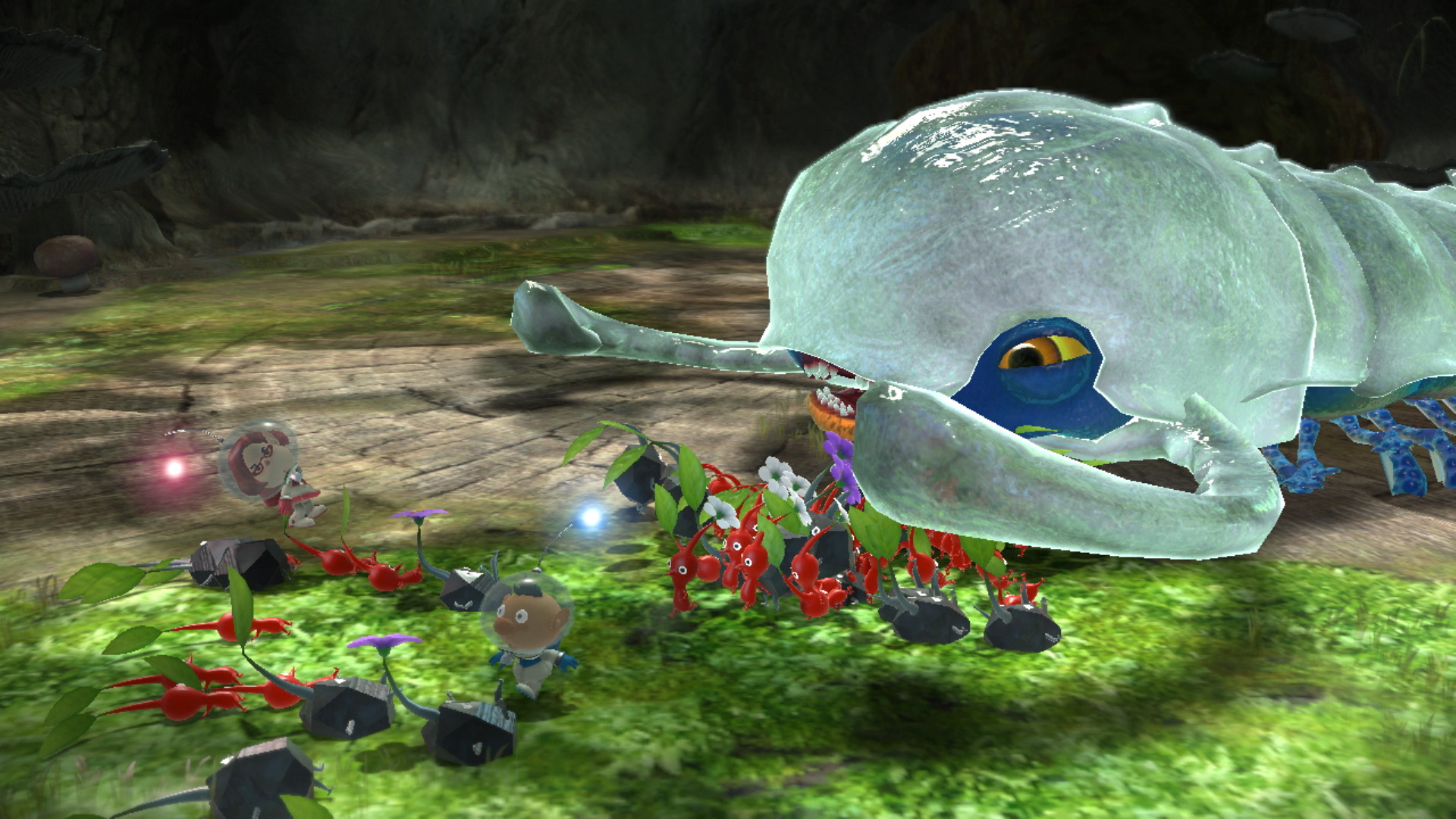 Further, it’s now possible to lock-on to enemies and objects, allowing you to toss Pikmin in a specific direction more accurately. This works pretty well but can sometimes get awkward if you don’t have the in-game camera positioned correctly.

It’s also worth noting Pikmin 3 Deluxe includes all of the original game’s downloadable content (DLC), as well as Mission and Bingo mode, two interesting, bite-sized diversions from the core game. 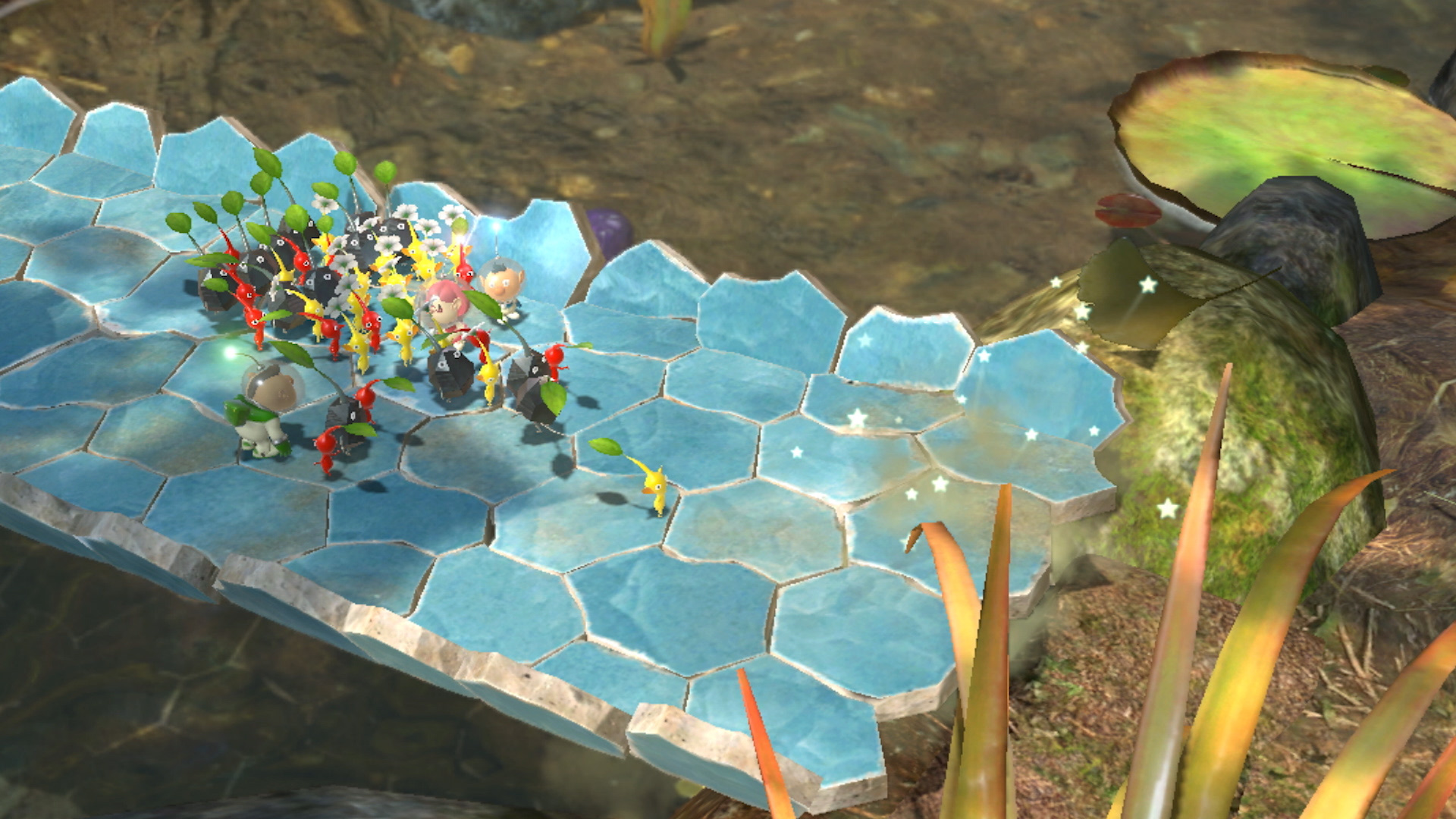 As long as you go into Pikmin 3 Deluxe with the expectation that you’re playing a title that’s roughly seven years old, but that has still aged remarkably well, you’ll have a great time with Nintendo’s latest Wii U re-release.

At the very least, Pikmin 3 Deluxe will tide fans over until whenever Pikmin 4 finally resurfaces — if it ever does.

Pikmin 3 Deluxe releases on October 30th for the Nintendo Switch. A free demo of the game is available in Nintendo’s eShop.