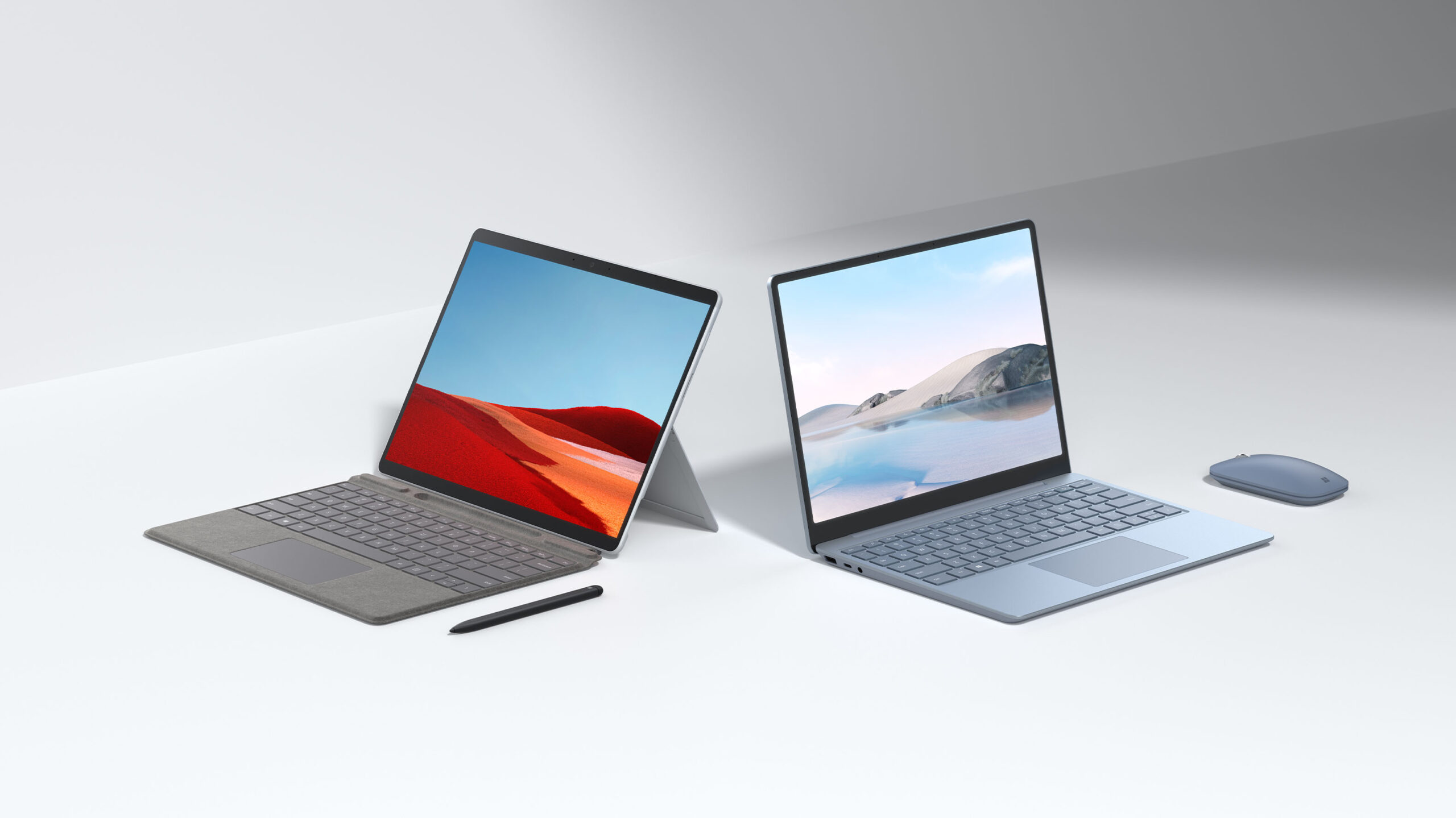 Microsoft unveiled two new Surface products through a virtual announcement Thursday that should prove to be exciting new additions to the company’s hardware line.

If you’ve been paying attention at all to leaks over the last few months, neither of these products should come as a surprise. What’s more of a surprise is the lack of other new Surface Pro or Surface Laptop hardware, although perhaps we may see refreshes with these products at a later time.

Still, what we’ve got from Microsoft represents the company’s commitment to a PC for everybody. On the one hand is the Pro X, which I think represents the ARM-powered future of 2-in-1 computing, while on the other hand the Laptop Go boasts an affordable entry point for students or people who now find themselves working remotely and in need of a computer that won’t break the bank. 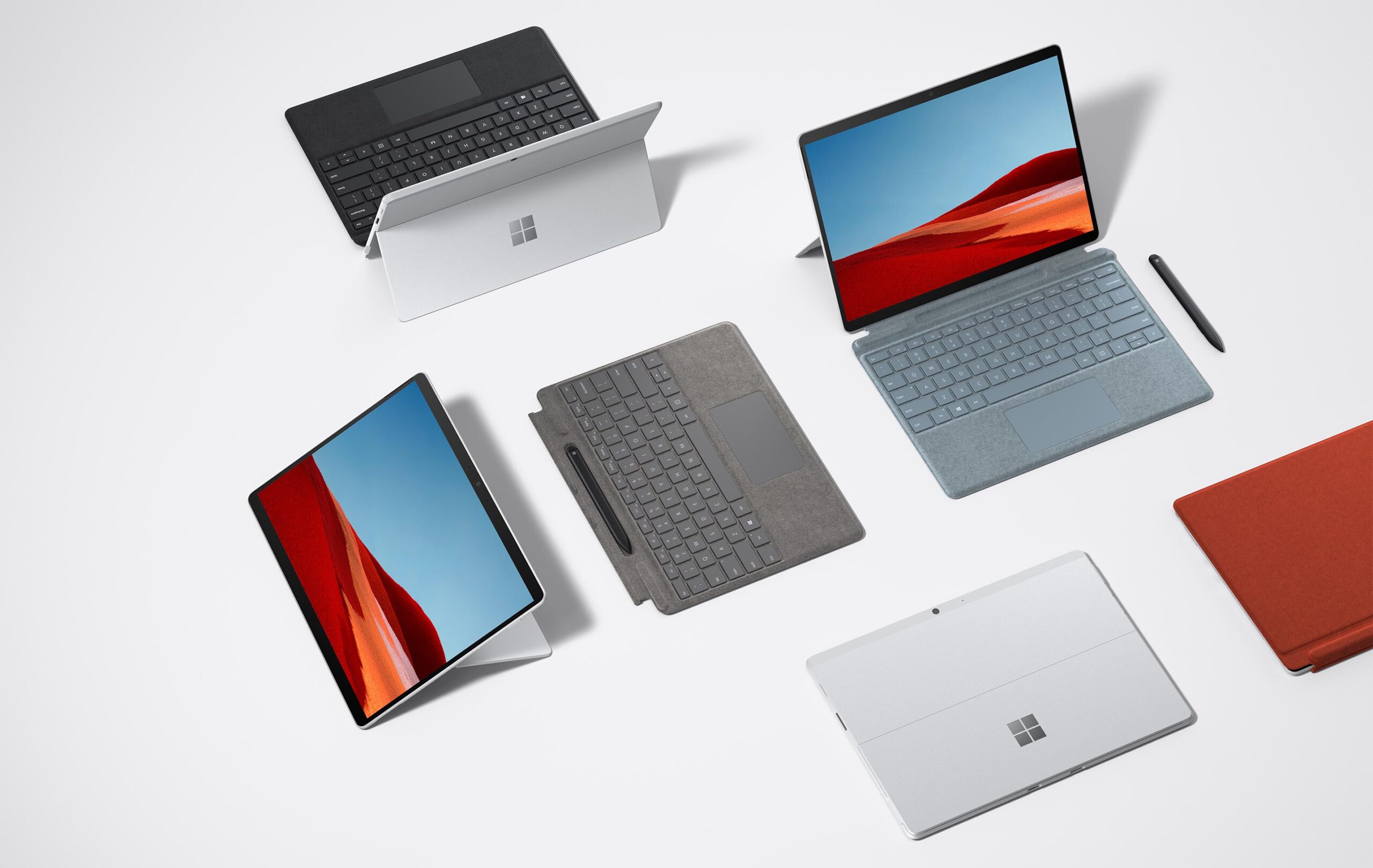 First, lets start with the refreshed Surface Pro X. Microsoft launched the first Pro X with its SQ1 processor in October 2019. I spent some time with the device and found it to be an exciting step forward for Surface, but with a few things still missing. The new, thinner design, bigger display and generally excellent hardware were strong points, while the ARM processor and some issues with app compatibility held the Pro X back.

Microsoft kept up with the excellent design, adding a new ‘Platinum’ colour option as well as three new ‘Signature Keyboard’ colours: ‘Platinum,’ ‘Ice Blue’ and ‘Poppy Red.’ Both the Pro X and keyboard will also remain available in the original ‘Matte Black’ colour.

The company boasts improved performance with the SQ2 processor as well as better battery life — up to 15 hours of “typical usage” to be exact. Beyond that, much of the hardware remains the same. The 13-inch, nearly edge-to-edge ‘PixelSense’ display returns with a 2880 x 1920 pixel resolution and 3:2 aspect ratio. Microsoft’s ‘Surface Slim Pen’ also makes a return and can still be stored in a slot on the keyboard that also wirelessly charges the pen. 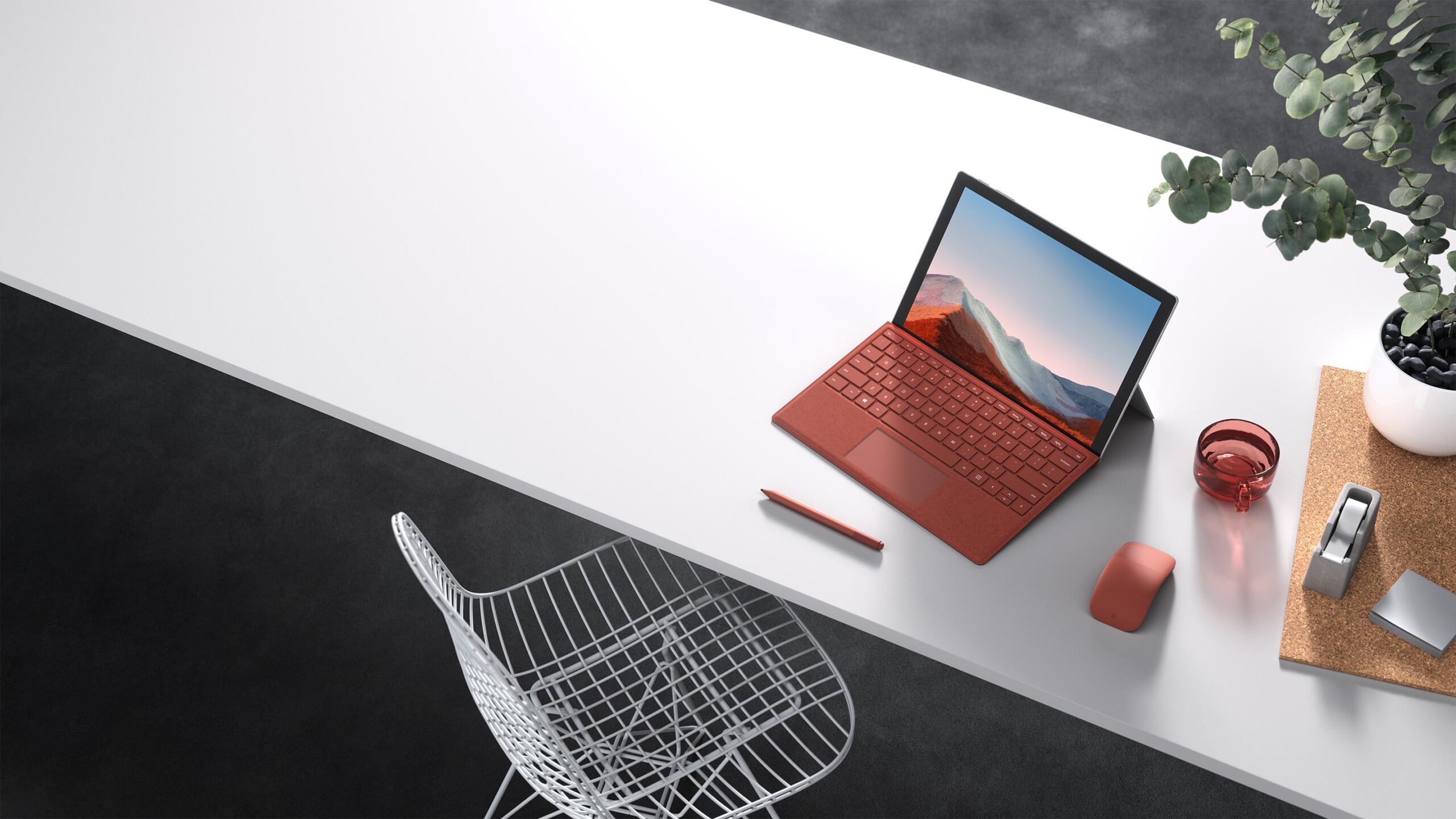 However, the bigger question is whether anything will improve on the app front and, in short, it sounds like it will. Microsoft says that it will expand its support for running 64-bit x86 apps (also called x86-64 or sometimes x64) with emulation, which will roll out later this year. That’s a big improvement considering the original Surface Pro X couldn’t emulate x86-64 apps, which in some cases meant people had to emulate x86-32 versions of apps. While in practice that isn’t the end of the world, most Windows apps are 64-bit, so using 32-bit versions either wasn’t an option or meant using older versions of the app.

Hopefully, extending support for x86-64 emulation means wider support for apps on ARM-based devices like the Pro X, which would make it a more enticing option. It remains to be seen how much a difference this makes, but it’s something we’ll dig into more when we go hands-on with the second-gen Pro X. 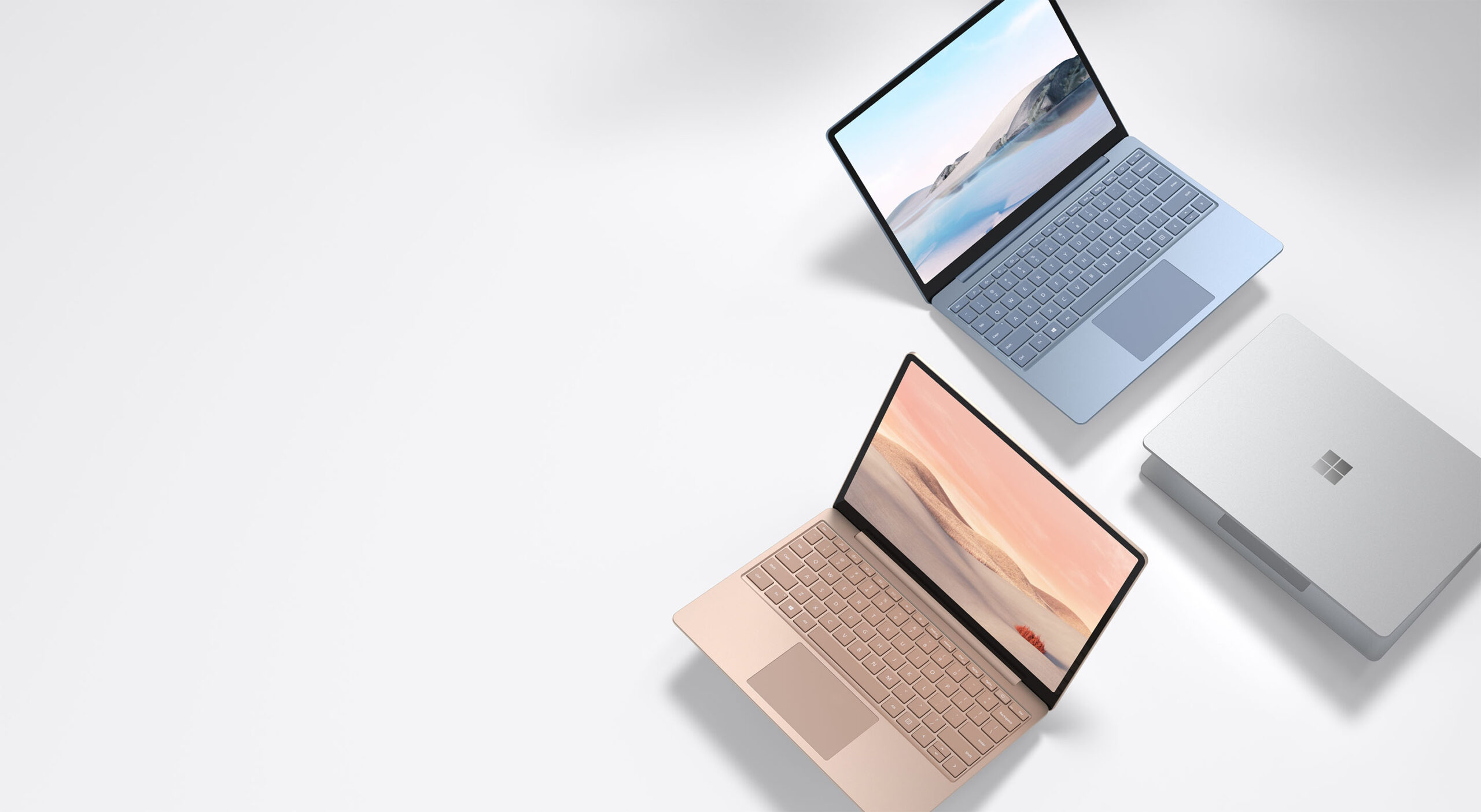 Although the Surface Pro X is exciting because of where it’s taking Surface, the new Surface Laptop Go is a more interesting device. It seems like the Surface for the average person in a way that past options weren’t. Both the Surface Laptop line and Pro line were expensive, high-end portable computers, while the Surface Go was an affordable entry-level option that didn’t have much power.

The Surface Laptop Go hits that middle ground between the Go, which is barely powerful enough to get work done, and the much more expensive and capable Surface Laptop.

Instead of a Windows Hello log-in camera like on other Surface products, the Laptop Go uses a fingerprint scanner embedded in the power button. It’s got Wi-Fi 6, up to 13 hours of battery life with “typical device usage” and fast charging. And of course it sports a similar keyboard to what’s available in the Surface Laptop line, which should make typing a great experience. There’s a lot more — you can view all the details on Microsoft’s website. 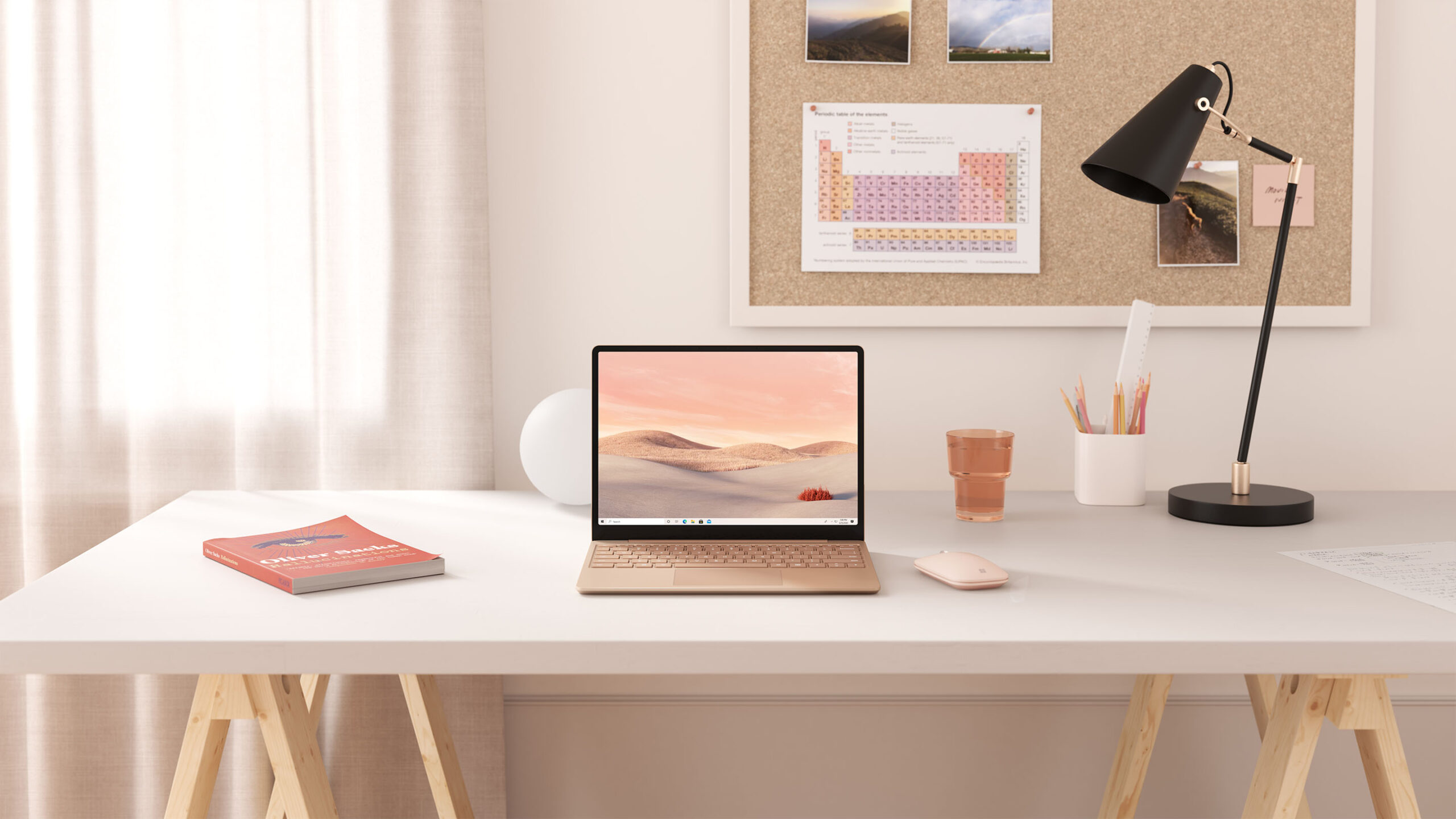 In short, the Surface Laptop Go looks like a decent laptop with lower-end specs in the right areas to bring down the price. It will start at $759.99 in Canada, a fair bit cheaper than the $1,149 starting price of a Surface Laptop 3. However, there will be other configurations priced at $959.99 and $1,229.99 as well for those who need more power.

While the lower-tier processor and reduced RAM will likely hamper performance for heavier tasks like photo or video editing, I imagine the Laptop Go will still be quite snappy for web browsing, note taking and other tasks. As such, it could be an ideal product for students, teachers or anyone working remotely, although we’ll have to wait for reviews to judge just how good an option the Laptop Go will be.

Both the Surface Pro X and Surface Laptop Go will be available for pre-order starting October 1st and will be on sale starting October 13th. Those interested in learning more about the new Surface devices can check out all the details on Microsoft’s website.

Update 10/01/2020 at 9:13am: Added the new accessories Microsoft launched alongside the new Surface devices.