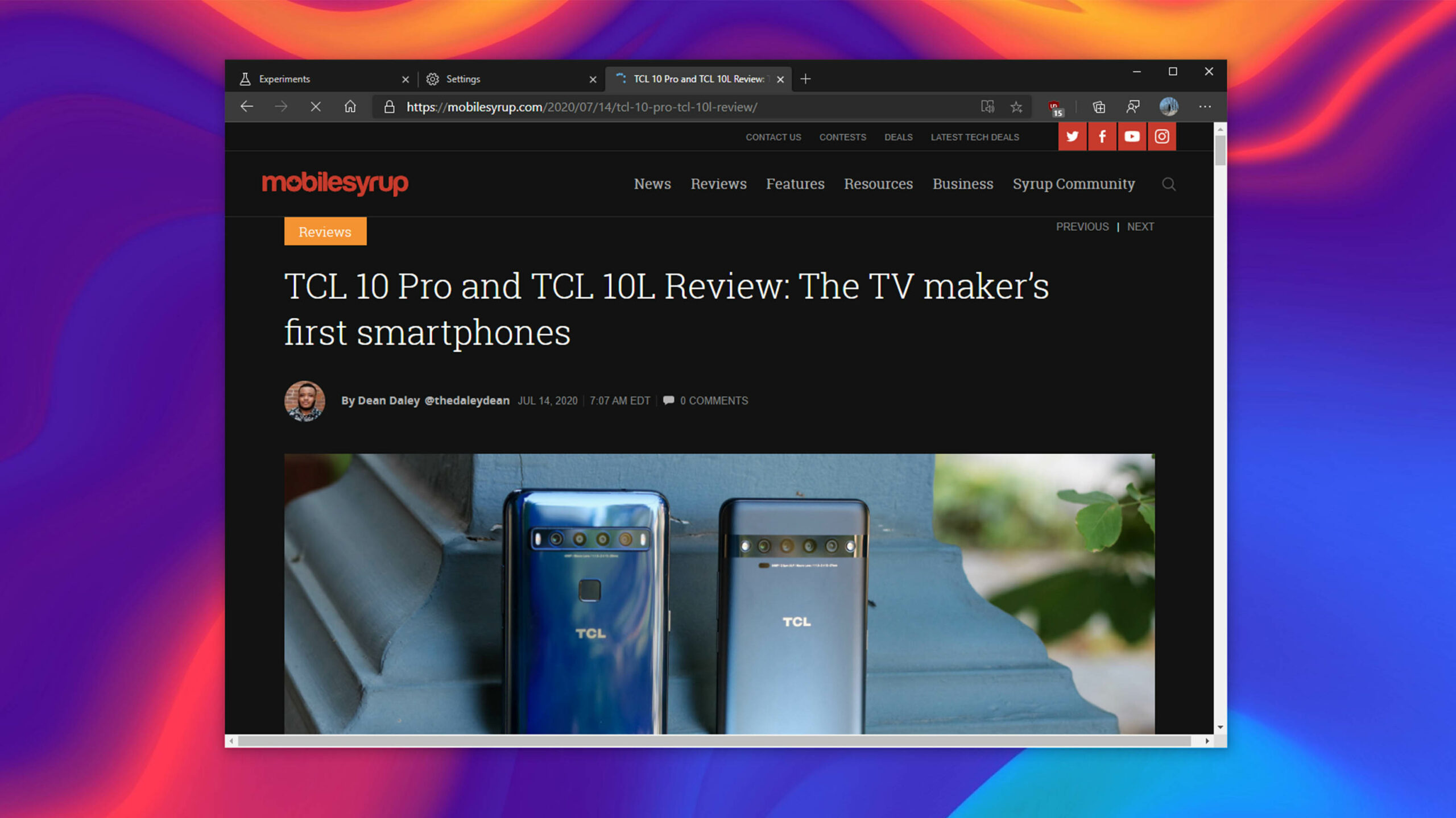 First spotted by MobiGyaan, the flag is similar to an experimental feature offered by Google Chrome. However, Chrome recently dropped the flag.

Once you’ve pulled up the flag, click the blue box beside it. This will show a drop-down menu. Typically, flags include three settings; ‘Default,’ ‘Enabled’ or ‘Disabled.’ However, this flag has several variants for the ‘Enabled’ option that include different ways to invert pages.

In my testing, the ‘Enabled’ option turns pages dark, but sometimes inverts images as well. You’ll likely want to play around with some options like ‘Enabled with selective image inversion’ to get better results.

Once you select an option, Edge will prompt you to restart the browser. After that, every page should show up in dark mode.

Unfortunately, the option isn’t perfect. The scroll bars remained in light mode in my testing even though I enabled dark mode and the flag in Edge.

Interestingly, Microsoft Edge Beta Build 83.0.478.64 shows the feature in the ‘Try it’ section of the build notes. As of July 13th, that build rolled out to the stable Edge channel — there’s actually another update that began rolling out to the stable channel yesterday. In other words, the flag should be available to most Edge users.

However, I wouldn’t recommend using it. The flag is limited in scope and can be annoying to turn off if it breaks a website. Those looking to browse the web in dark mode would benefit from an extension like Dark Reader. It works on a per-site level, so you can easily disable it if it breaks a page. Plus, it’s customizable, letting you adjust things like brightness and contrast to fit your eyes.

Microsoft rolls out Edge update with extension sync and more