Mobile gaming can range from highly sophisticated to dead simple and everything in between, but it’s always nice to see a straightforward game with a classy presentation and simple gameplay like I’m Ping Pong King :).

The game is free on both iOS and Android, but you can pay to remove the banner ads at the bottom of the screen if you want the I’m Ping Pong King’s clean aesthetic to shine through. Ping Pong King comes from the Taiwanese development team Orangenose Studios.

The goal of the game is to beat 50 competitors at ping pong in games to three points, but that limit increases as you progress. The controls are simple: tap on the left side of the screen to hit a ball that’s landed on the left side of the table, and repeat the same process for the right. You just tap on the left and right screen in random order to send the ball back to your opponent. However, you don’t need to place your shot or anything. All you have to worry about is the timing of when you tap on the screen to return a volley.

In terms of gameplay, Ping Pong King has some fun quirks, including the way that the ball bounces around like a real ping pong ball, making you have to wait longer to return your opponent’s volley. If you hit the ball late, it may fly high into the air giving your opponent an easy shot to return as well. The more you play, the better your timing gets, which helps you send faster volleys back across the table. 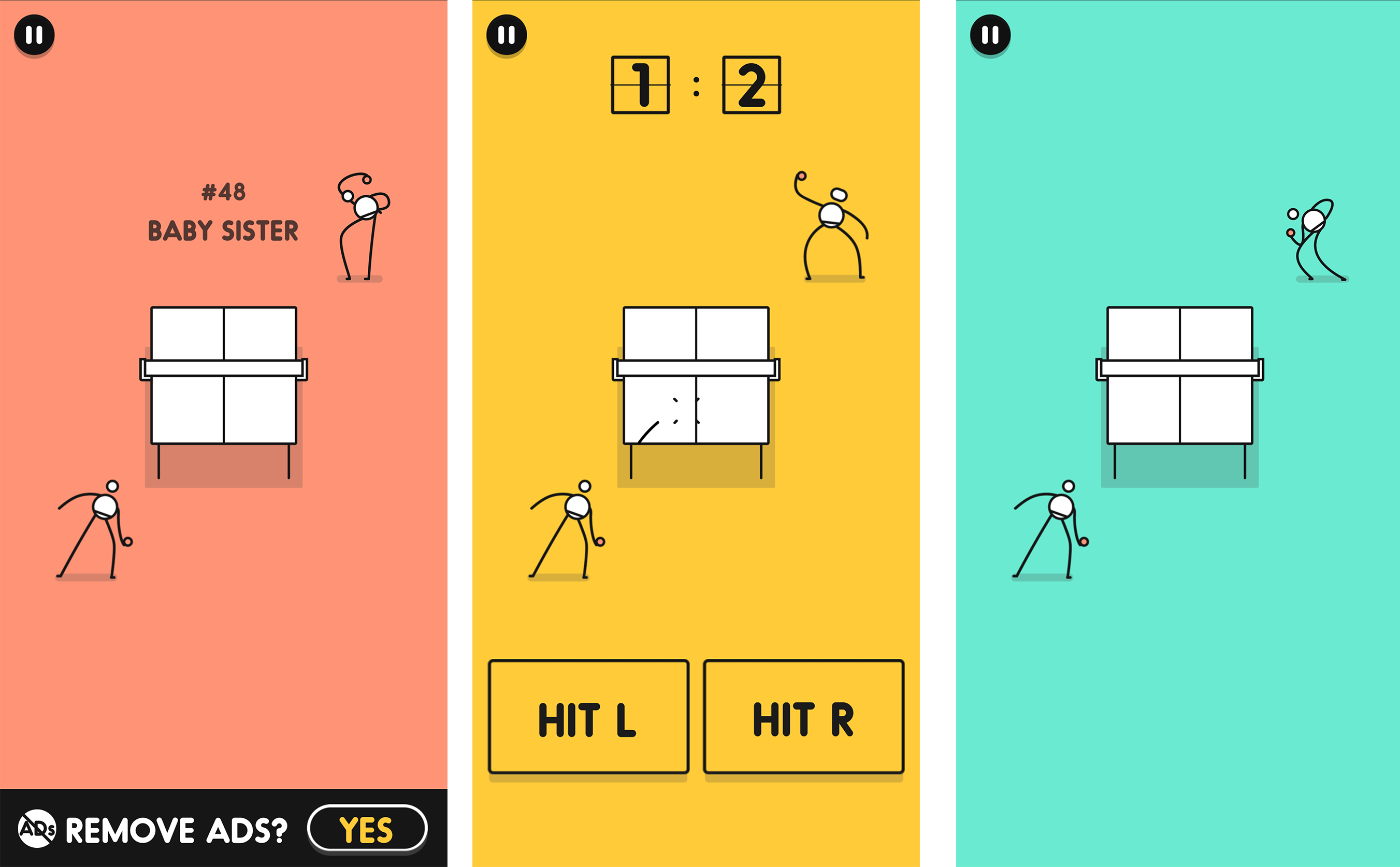 The game’s stickman art style is also well done, and the animation of the characters as they move and play are really quirky in the right way. Players jumping into the air or doing long reaches to hit a ball is also entertaining to watch. The nice colour palate that the developer chose also makes the characters pop and gives the game a welcome minimal aesthetic.

Overall, if you’re looking for a game to replace the awesome, but older, PKTBALL, then this is a good choice. Games generally only last for a minute or two, so you can easily whip out I’m Ping Pong King 🙂 and play when you’re waiting in line or looking to kill some time.

I’m Ping Pong King 🙂 is available for free on iOS and Android.