For some reason the charging case is still black 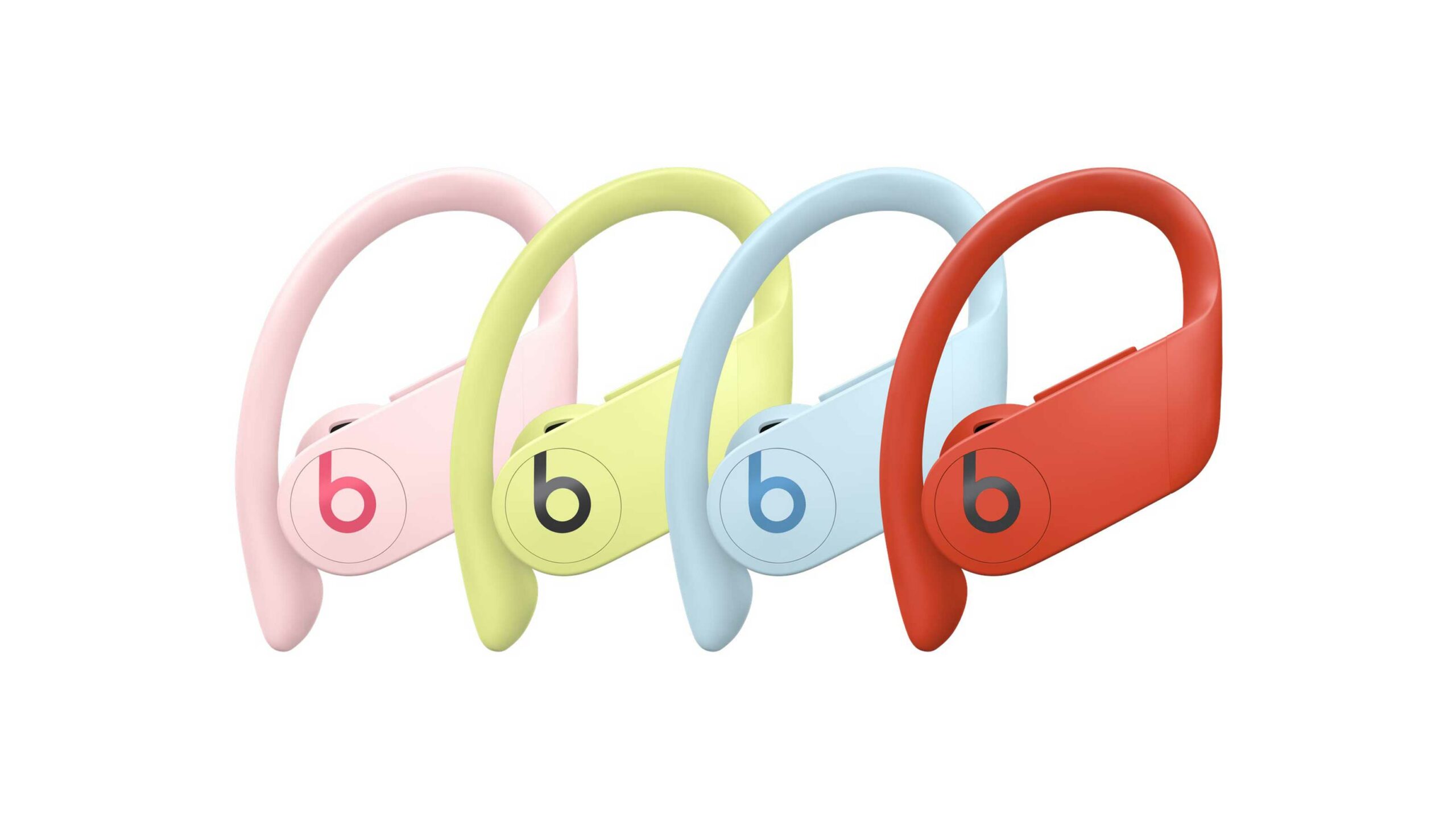 After leaking earlier in May, Apple has officially pulled back the curtain on four new colours for the relatively new Powerbeats Pro wireless earbuds.

The four colour names are ‘Spring Yellow,’ ‘Cloud Pink,’ ‘Lava Red’ and ‘Glacier Blue.’ The earbuds are slated to go on sale on June 9th and will cost the same $329 CAD as the existing Powerbeats Pro.

The earbuds are the same as the previous colours, so you should expect total battery life with the charging case to come in at 24 hours and nine hours without the case. You can also quick-charge the earbuds for five minutes to get an hour and a half of playback.

Apple’s H1 chip is featured in the earbuds, which allows them to pair easily with the company’s other products. They also feature ‘Hey Siri’ support.

It’s worth noting that no matter what colour you get, the earbuds still come with the standard black charging case.

You can learn more about the Powerbeats Pro by reading our prior reporting or looking at the older model on Apple’s website.