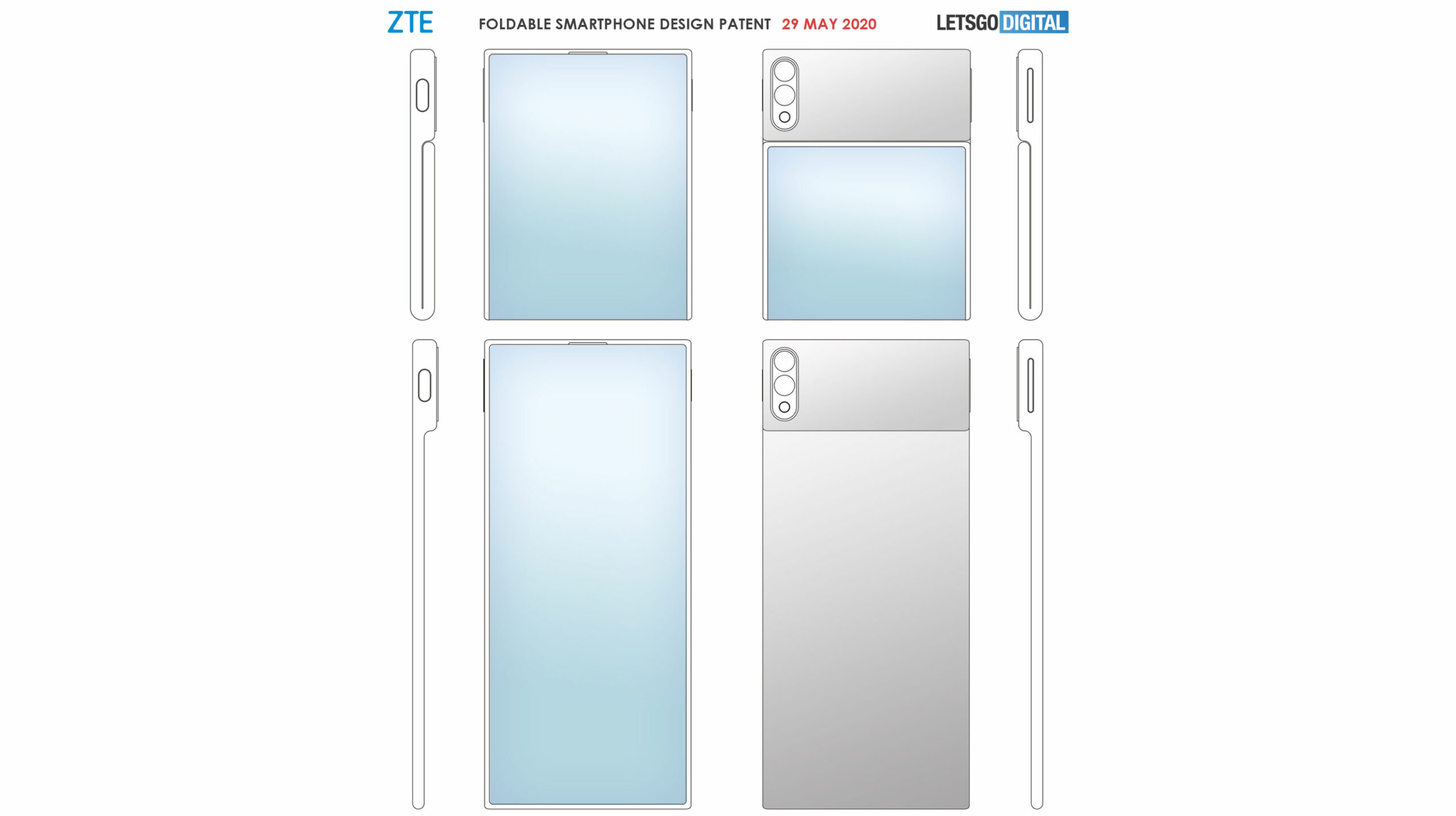 China-based company ZTE has submitted a patent to the China National Intellectual Property Administration (CNIPA) for a new foldable smartphone.

Overall, this folding handset is pretty strange. It’s a vertical folding smartphone, but instead of folding like the Razr or the Galaxy Z Flip, it folds outwards, leaving the bottom third of the screen visible on the front and the display on the rear entirely exposed.

Further, the front of the device lacks a camera, so if a user wanted to take a selfie, they’d need to fold the device and use the two rear-facing cameras. When the device folds, it’s the same thickness, but when it’s unfolded, the top of the smartphone is thicker than the bottom.

The left side of the handset features the power button, and the right side sports the volume key. The USB-C charging port is at the top because the phone blocks the port when it folds.

As always, there’s no telling if or when this phone will be coming to the market. The patent was submitted on May 29th and was first spotted by LetsGoDigital.