LG Q70 Review: In the middle

The Q70 is very mid-range 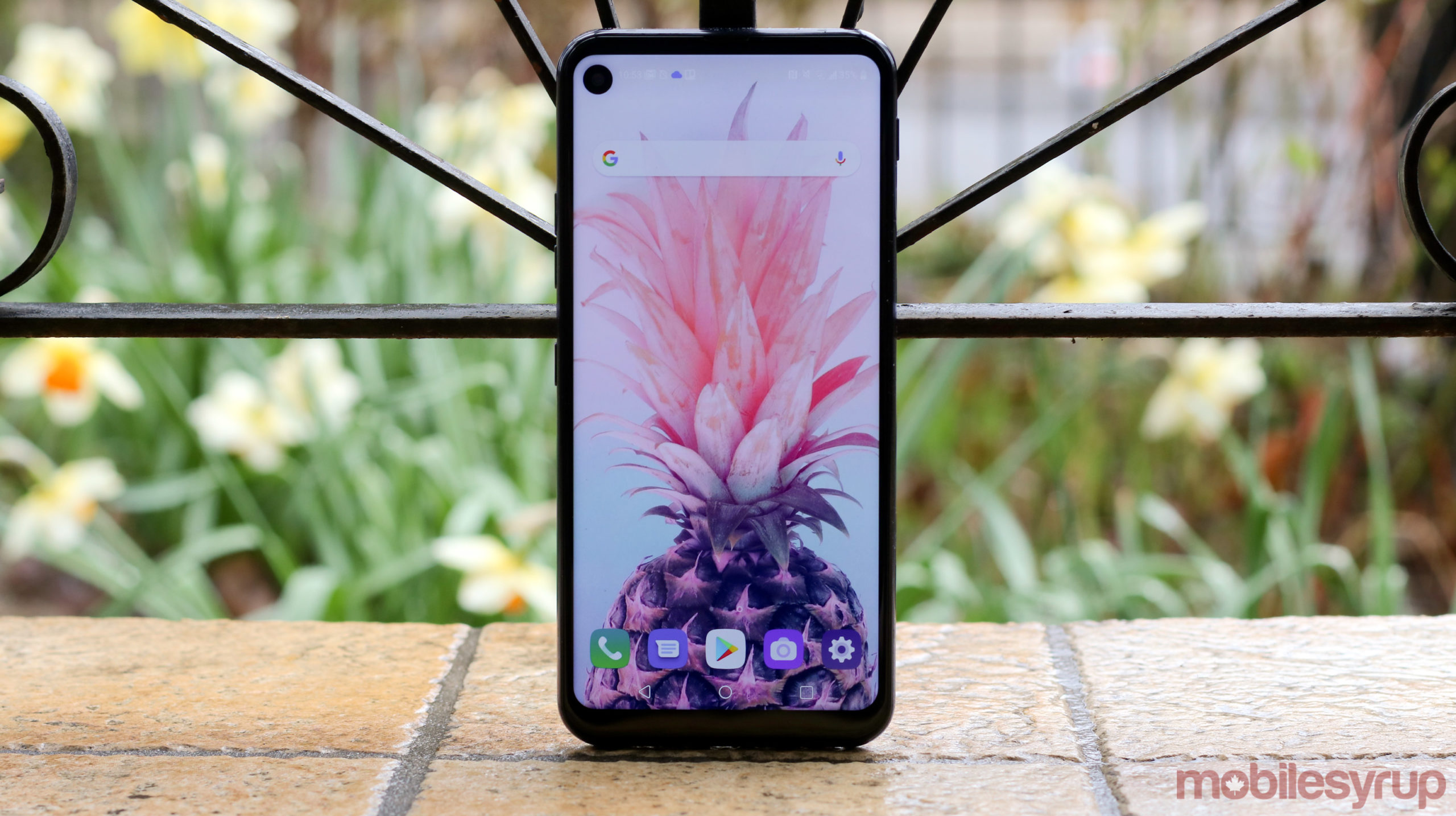 LG brings only a few of its mid-range smartphones to Canada, and this year it’s launching the Q70.

The Q70 is a premium-looking handset with mid-range internals. While it’s not a flagship like the company’s recently announced V60 ThinQ, the phone’s design rivals some of LG’s top-level smartphones from the last few years.

The Q70 doesn’t only offer a top-level appearance; the experience of using it is also solid. And though LG’s user interface remains unrefined in comparison to other top-of-the-line Android brands, someone looking for a more affordable smartphone will still enjoy their time with this new mid-range device. 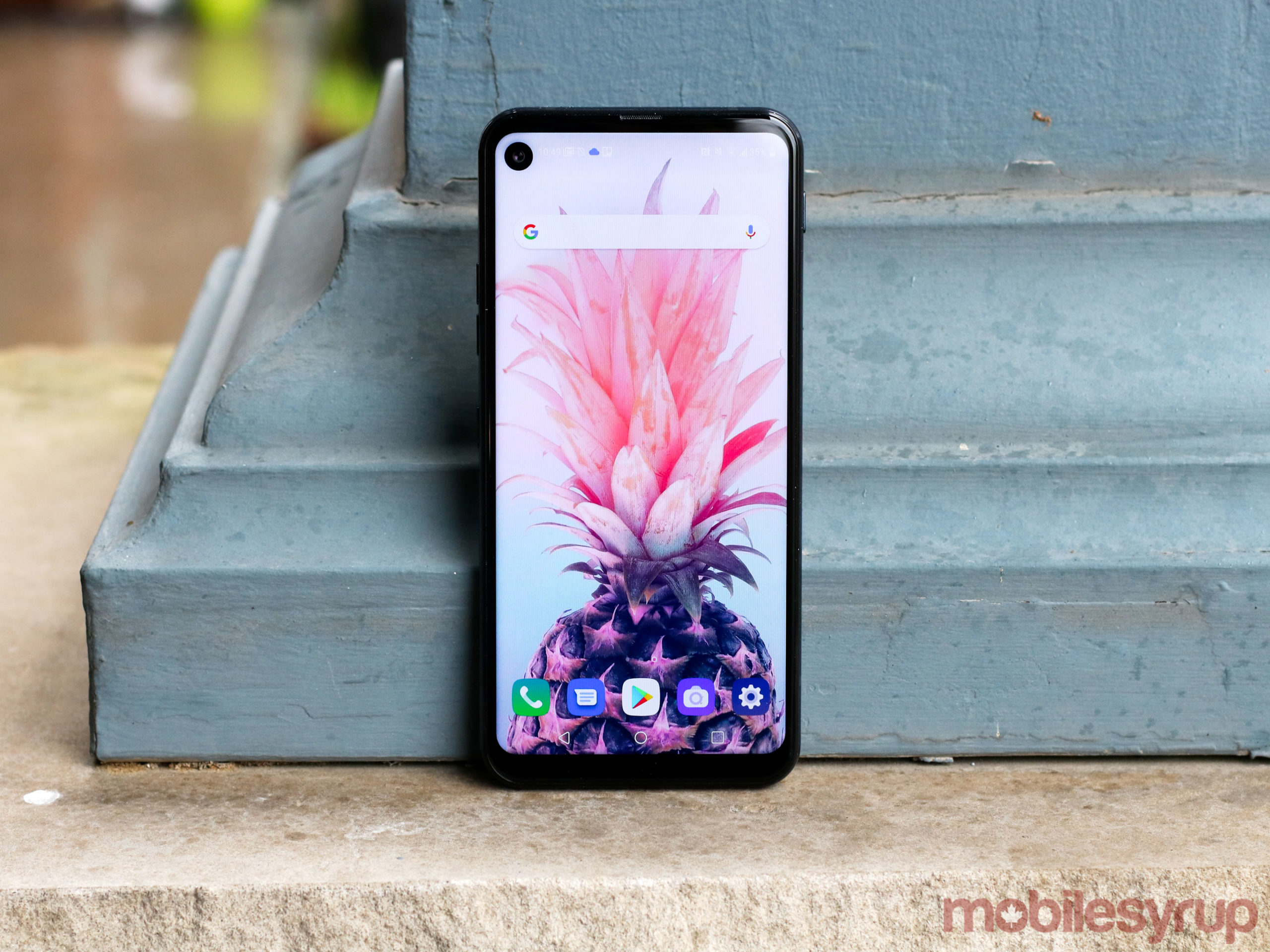 The LG Q70 looks premium and while I’ve used many mid-range handsets over the past few years, I think the Q70 beats most other smartphones in this category based on its appearance — at least out of the options available in Canada.

It’s not the best-looking smartphone, but it’s still quite nice.

The front of the handset features bezels on the top and bottom. Though they aren’t the smallest featured in a mid-range device — Samsung’s Galaxy A series smartphones feature smaller bezels — the Q70 easily beats Google’s Pixel 4.

The smartphone includes a hole-punch camera in the top right corner, but the bezel around the lens isn’t as small as you’d find with other handsets on the market.

The rear of the smartphone is ‘Mirror Black’ glass that you can see your reflection in. There’s also a dual shooter set up with almost no camera bump. There’s a rear-facing fingerprint scanner as well.

The Q70 lacks a complete unibody frame, yet it still appears seamless. And in the hand, the mid-range device feels solid thanks to its glass back and front and its thick body.

However, even with a 19.5:9 aspect ratio, I found the Q70 felt quite wide and wasn’t comfortable to hold in my hand. The Q70 has a flat back that lacks any significant curves, so nothing about it feels ergonomically friendly.

The bottom of the device features a mono speaker with a USB-C port and a headphone jack.

Regarding its display, the LG Q70 features a 6.4-inch screen with a 1080 x 2310-pixel resolution. HD pictures and videos show a good sense of blacks and whites and are quite vibrant. You can find better displays on phones in this price range, but the Q70’s was sufficient for watching Netflix. 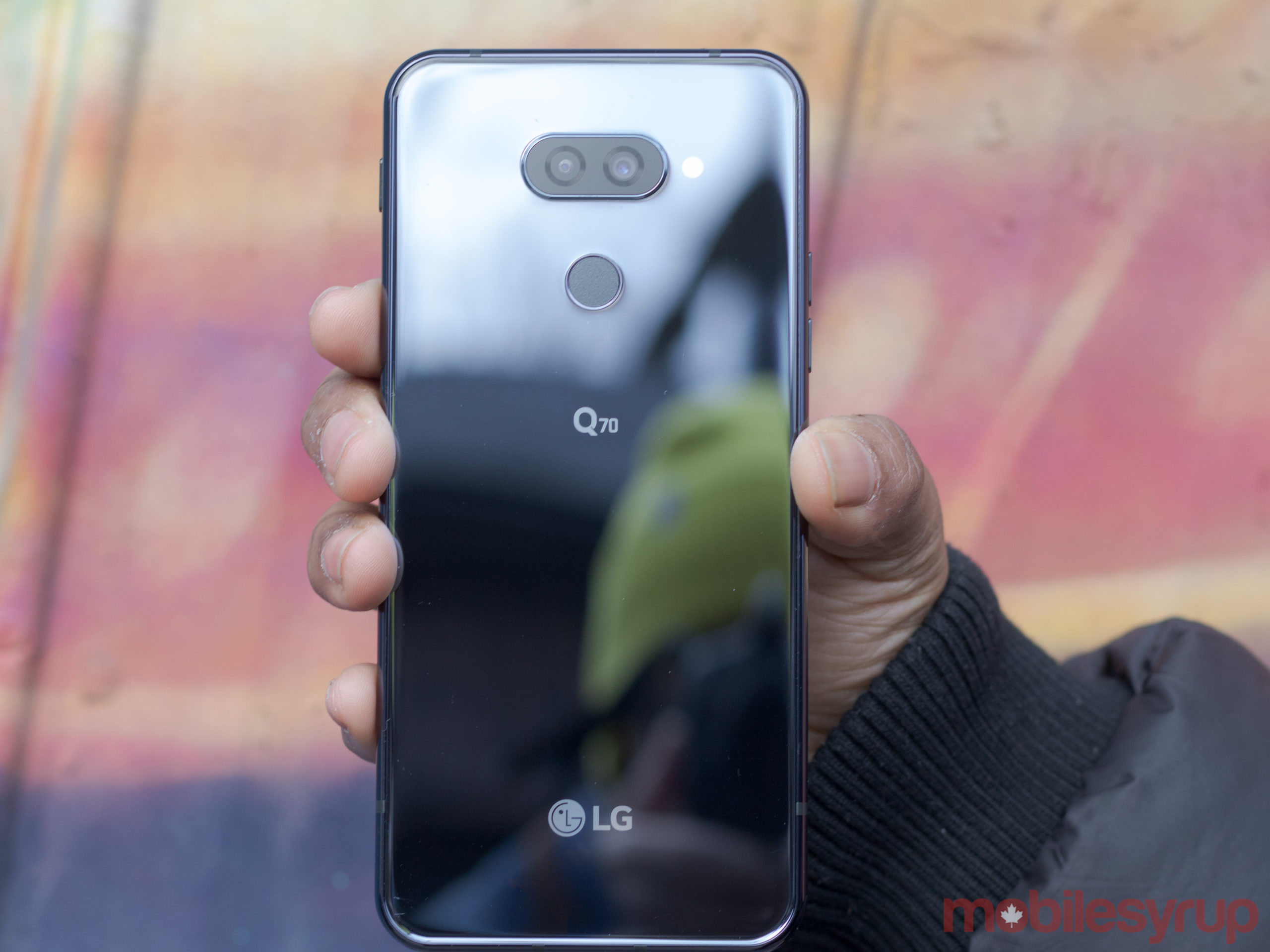 The Q70 sports a Snapdragon 675 processor that handled any task I put it through with ease. With its 4GB of RAM, I never experienced any problems getting something to load quickly, and the handset can handle about 10 apps opened at once before it starts closing them.

I was able to play the ‘Magic: The Gathering’ mobile game, Magic Spellslingers, for about 10 minutes before the device started to get warm.

Furthermore, the Q70 features a Google Assistant button, which allows users to turn on the voice assistant quickly. I like this button as it just brings up Assistant in a snap, but I don’t find it necessary. Unfortunately, this is paired with LG’s UI skin that features complicated menus and is aesthetically unappealing.

You can really see the depth 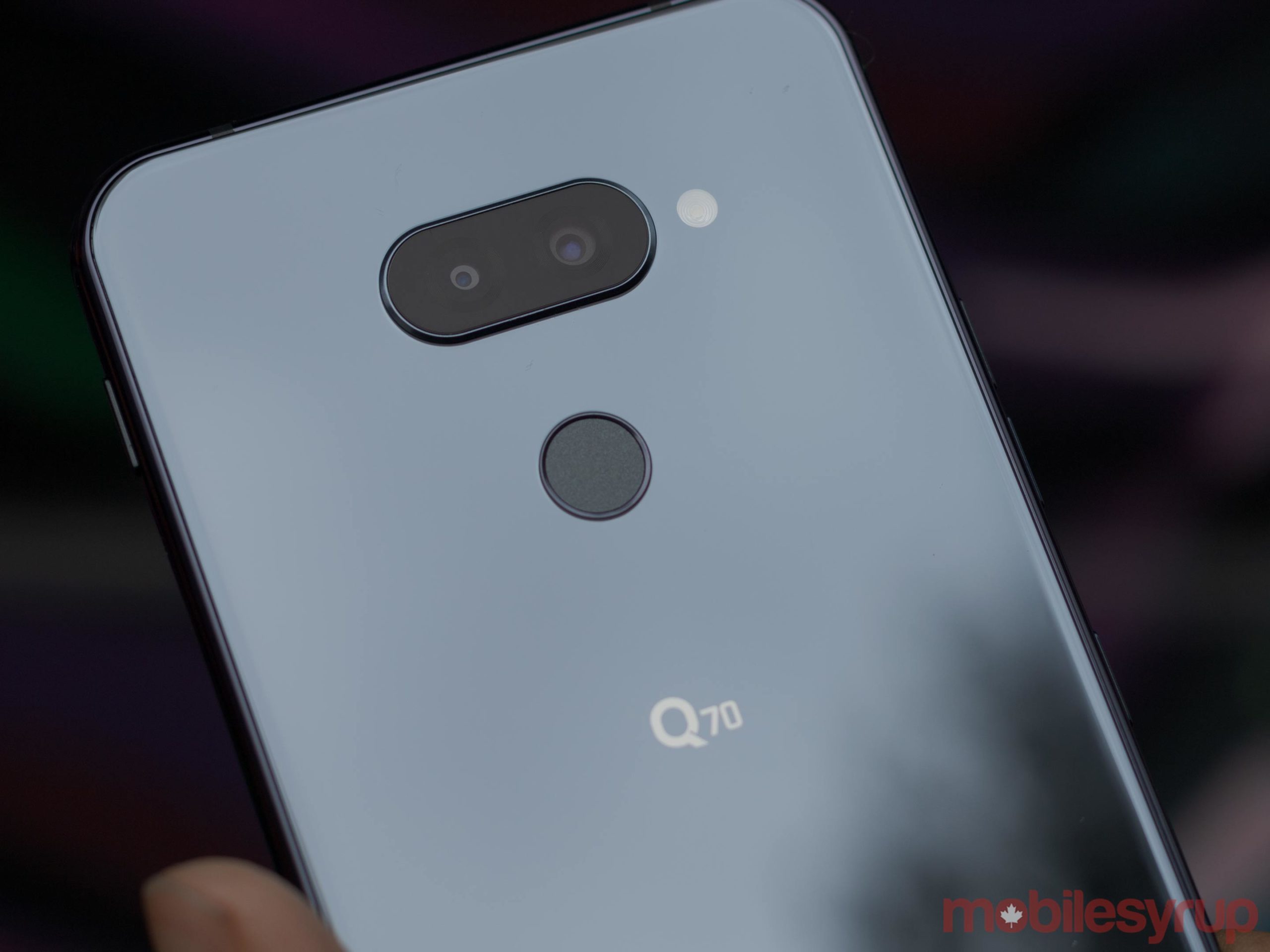 The pictures I took with the Q70 offered accurate colours for the most part, though they were a bit on the undersaturated side. Some images were also slightly oversharpened.

The touch of depth evident in each shot is a welcome surprise from the mid-range phone. This effect is in part due to the Q70’s 5-megapixel depth-sensing camera.

When shooting at night or in low-light, pictures lacked detail, were a tad noisy and often ended up with overexposed highlights. 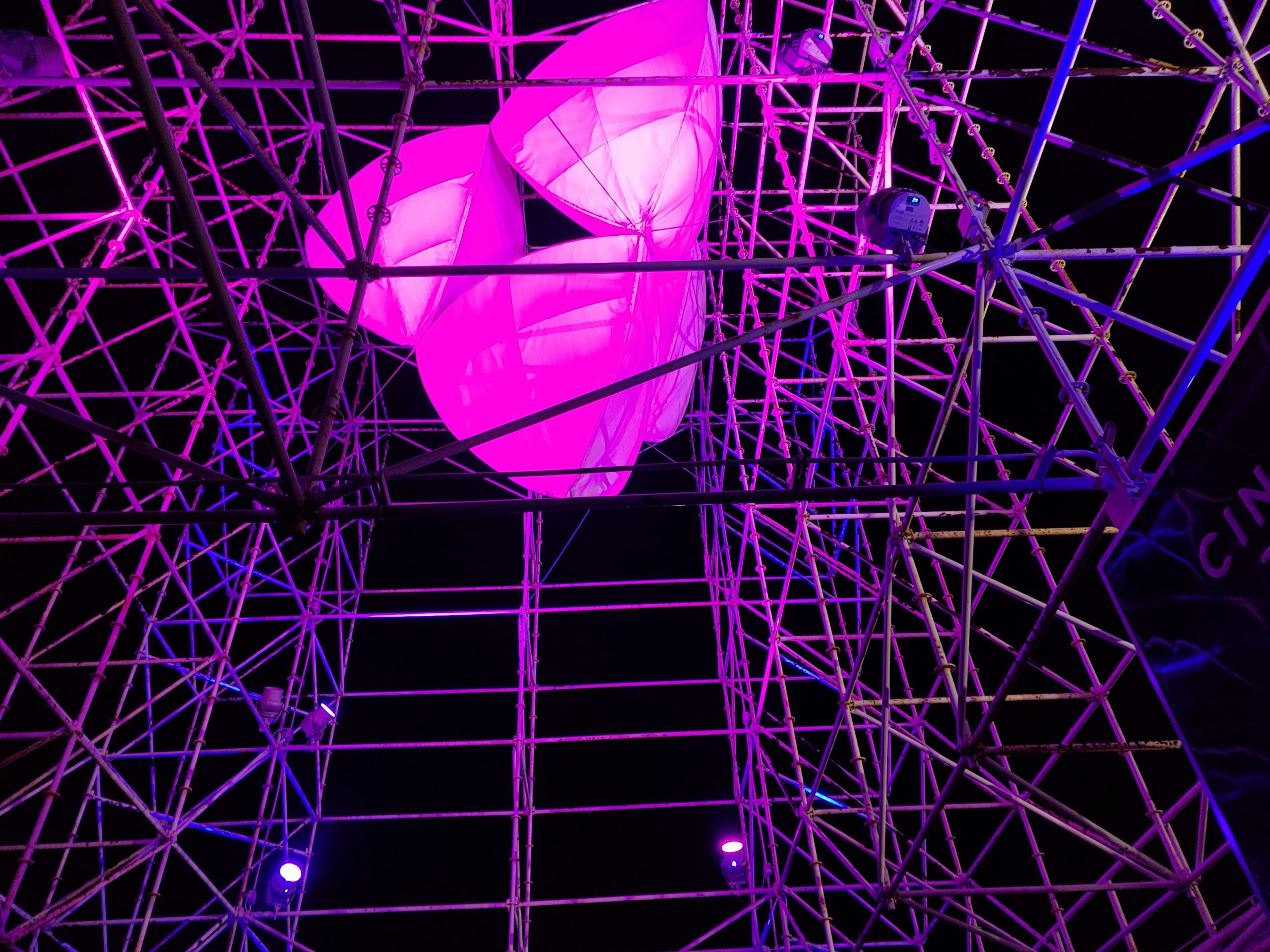 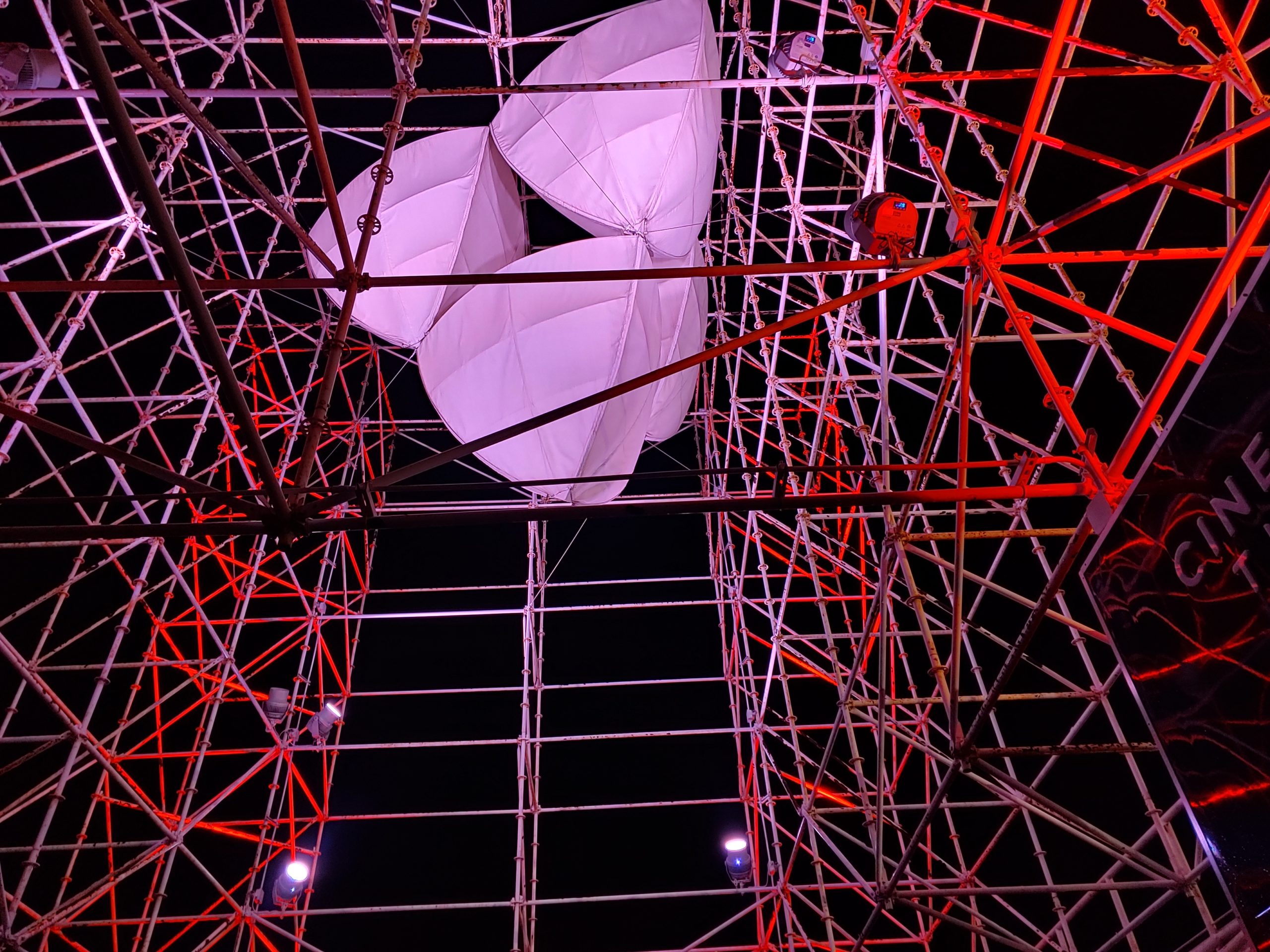 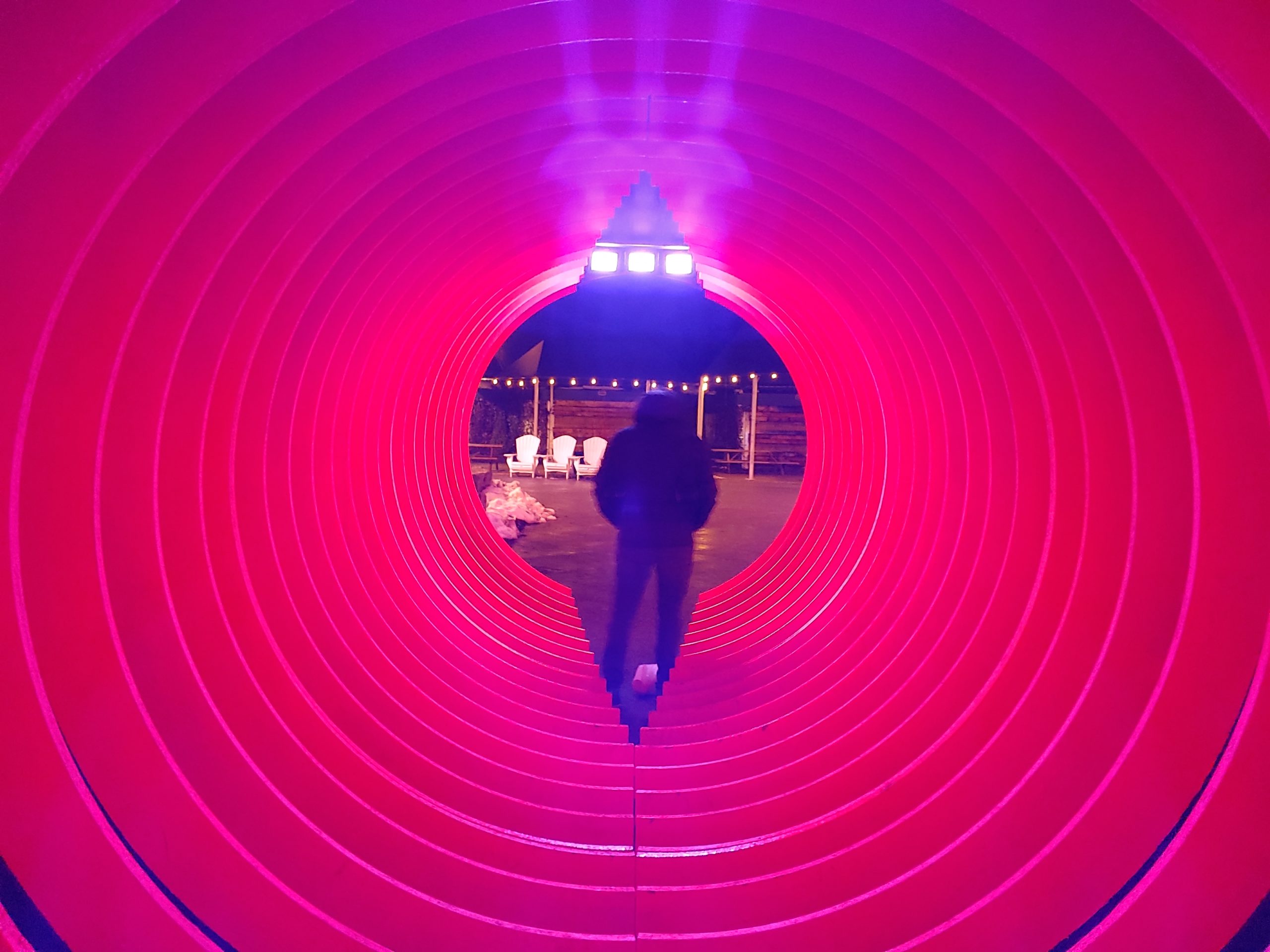 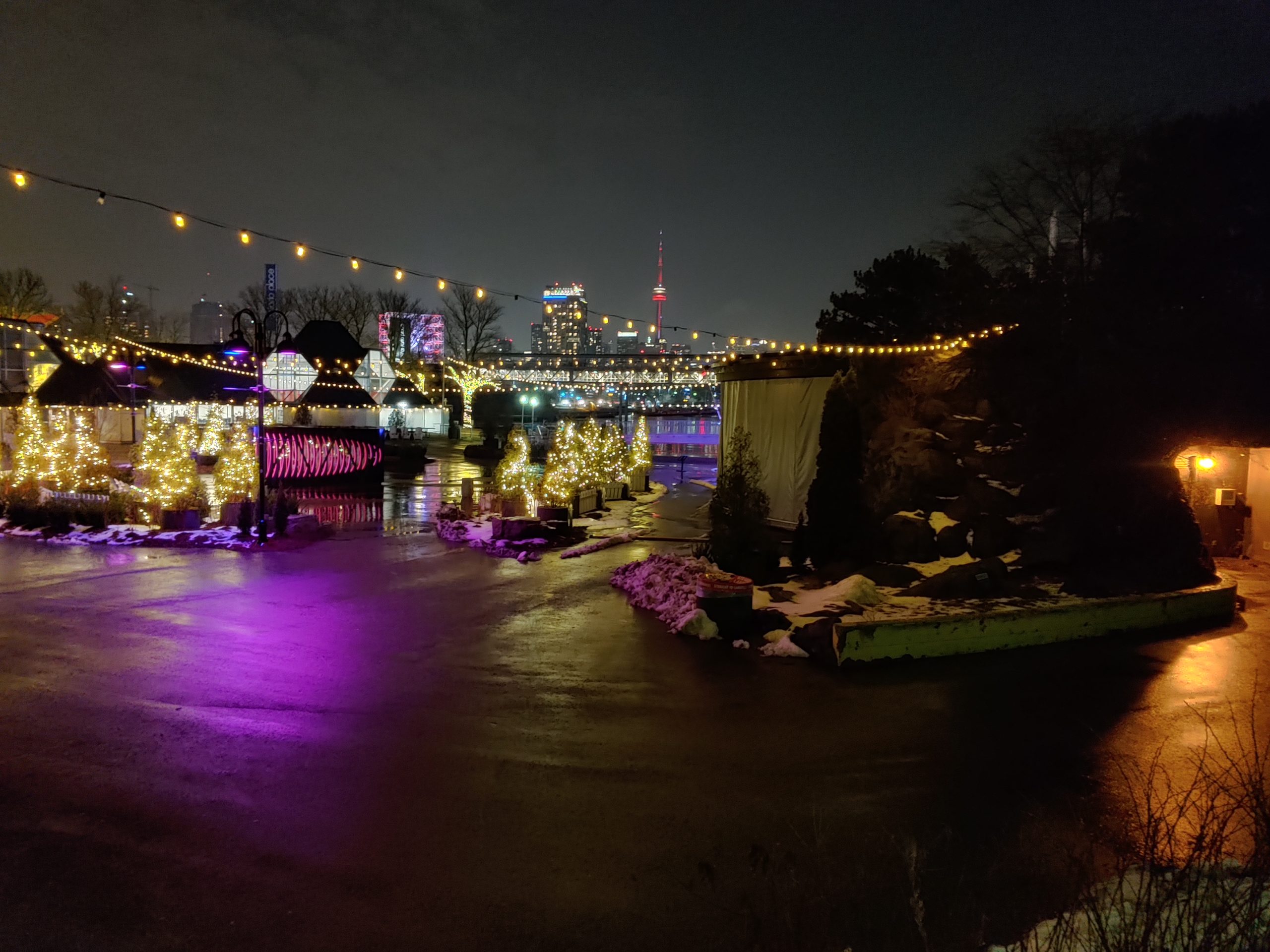 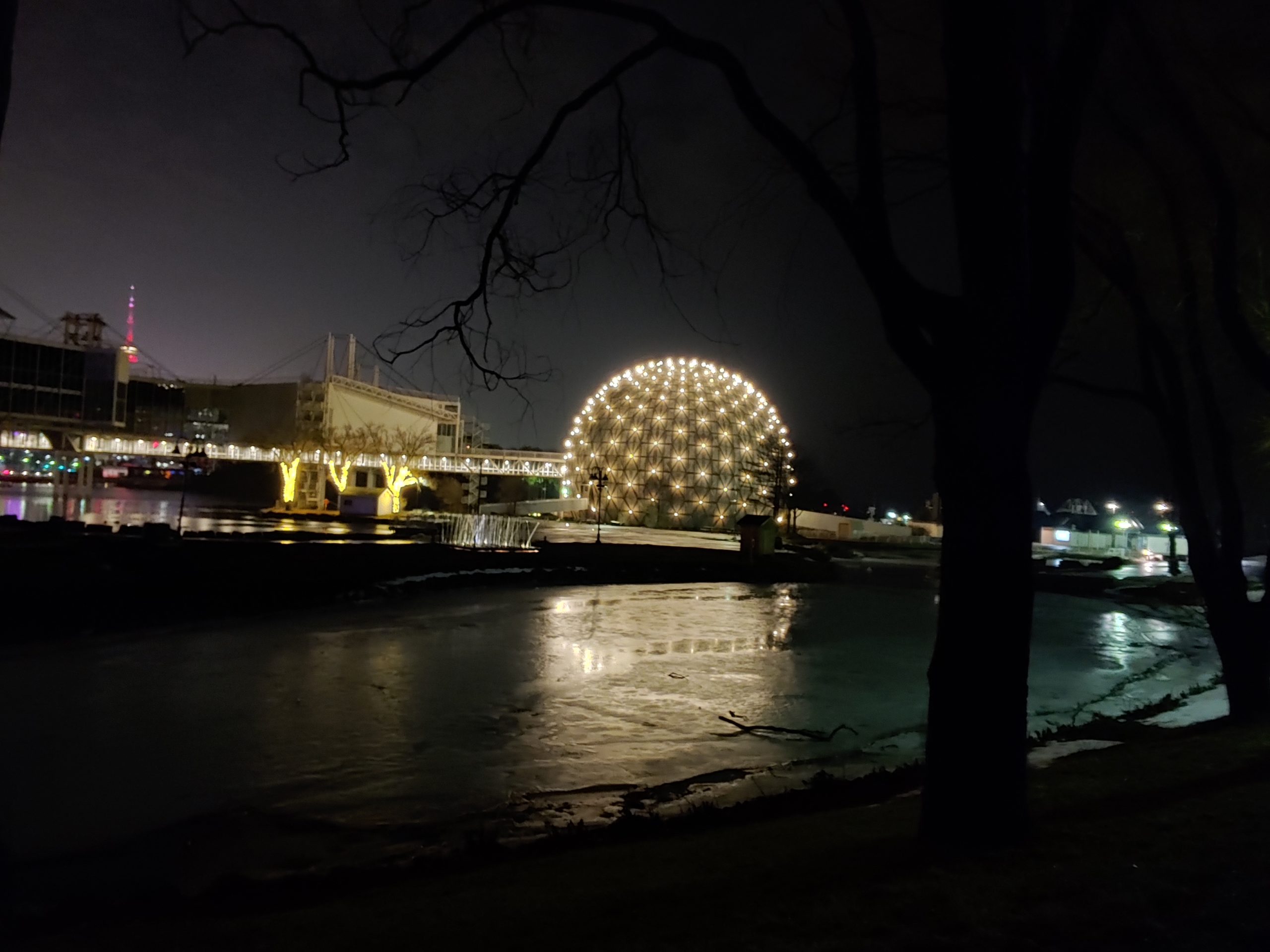 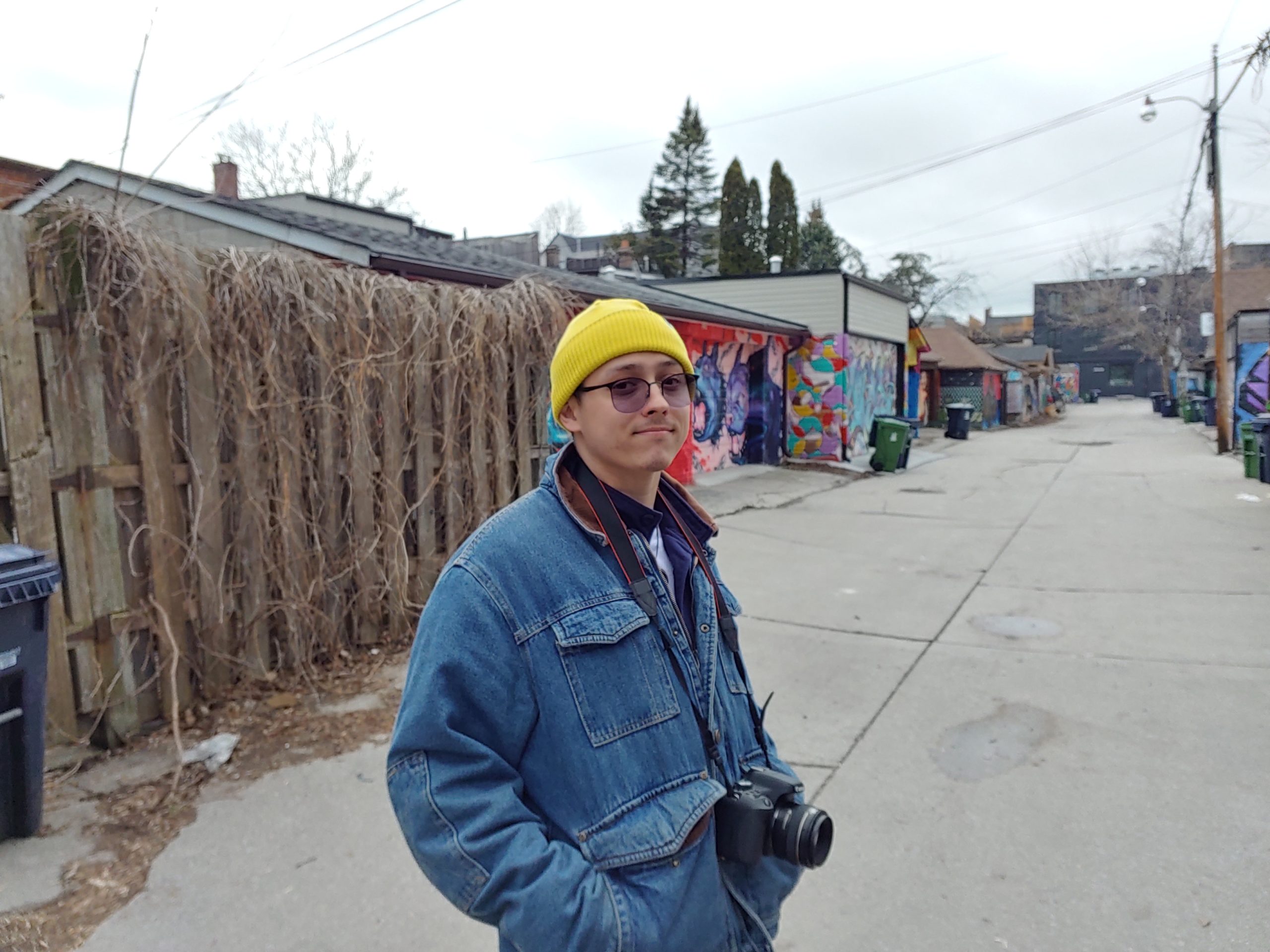 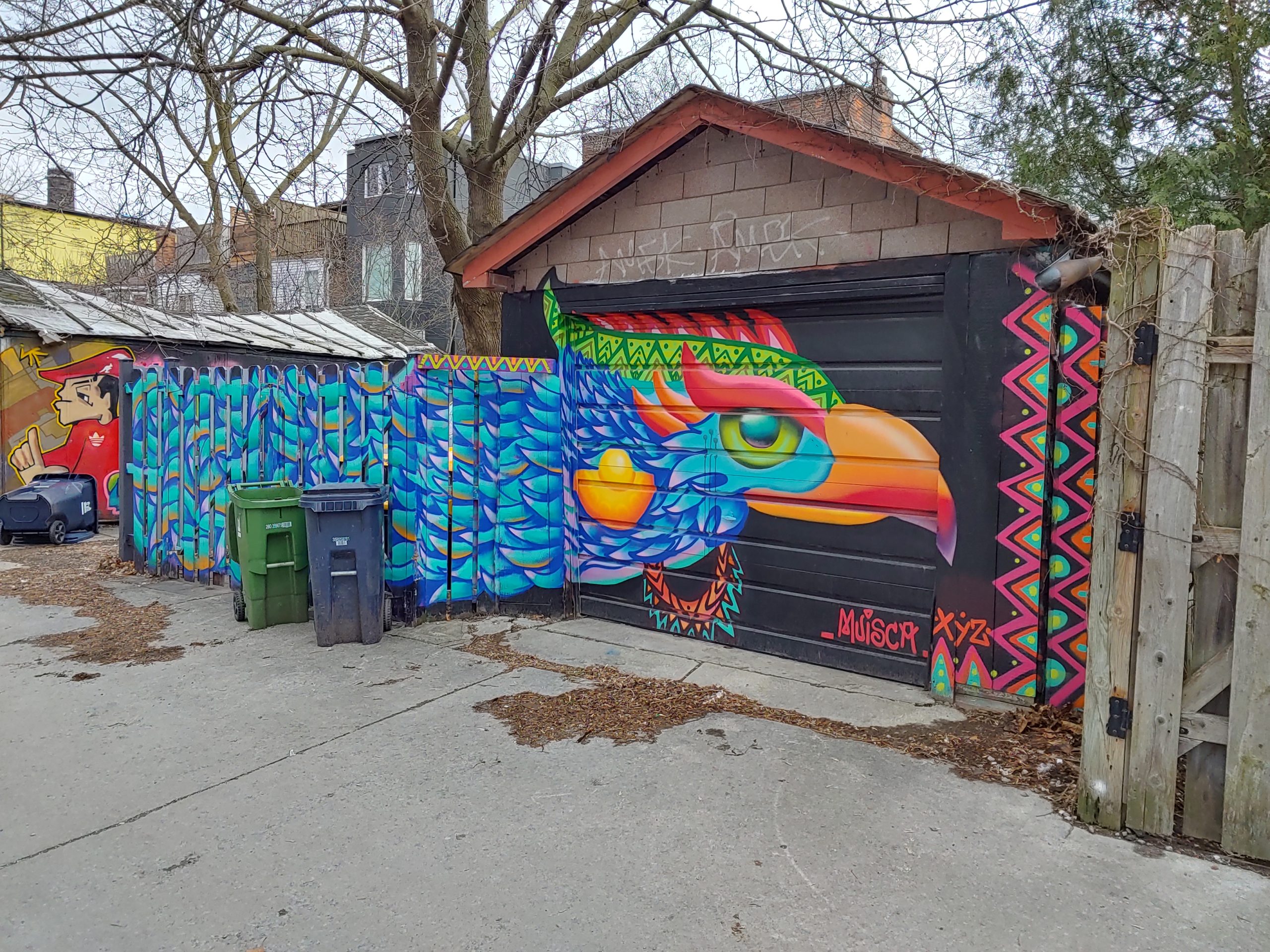 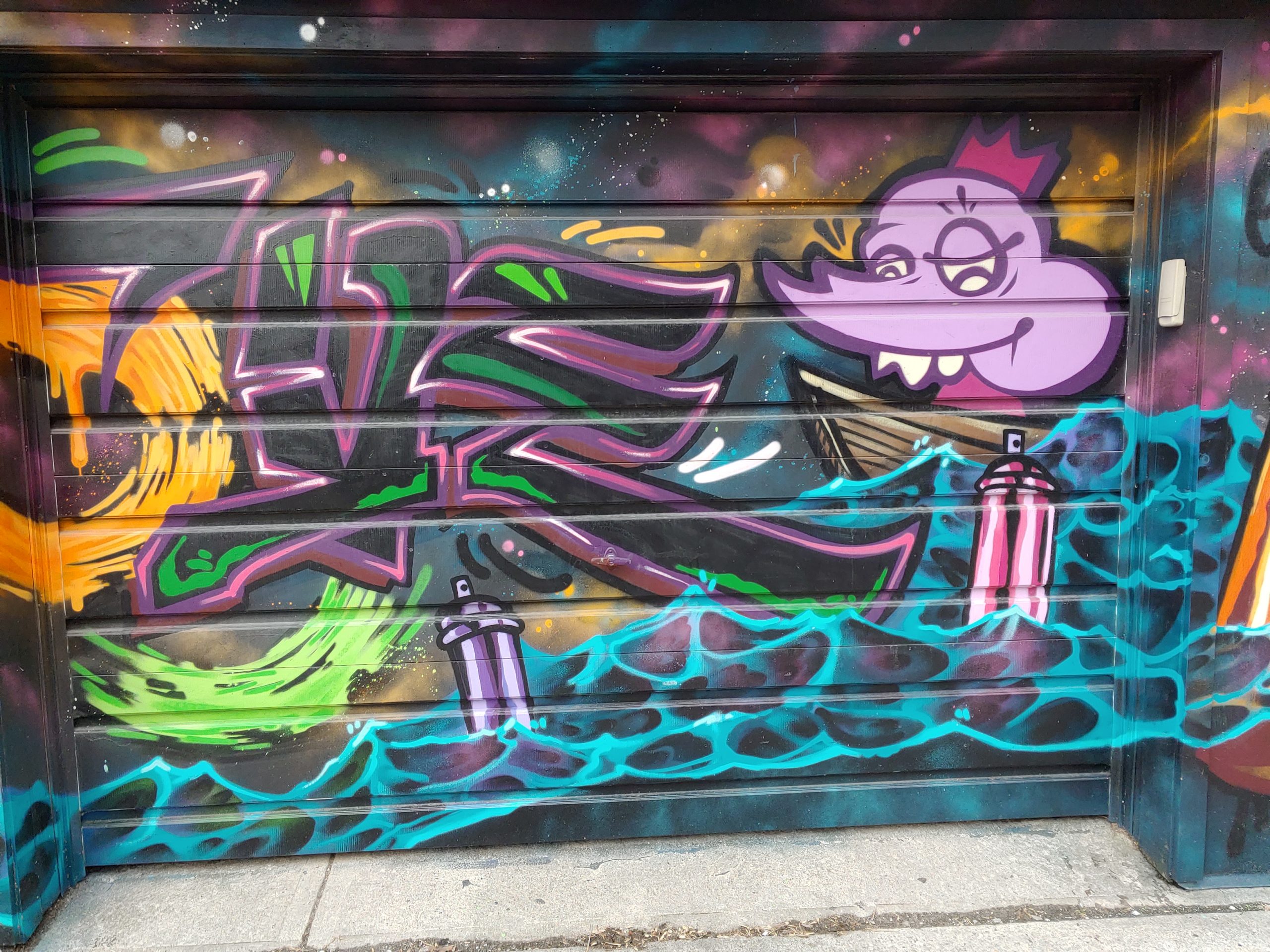 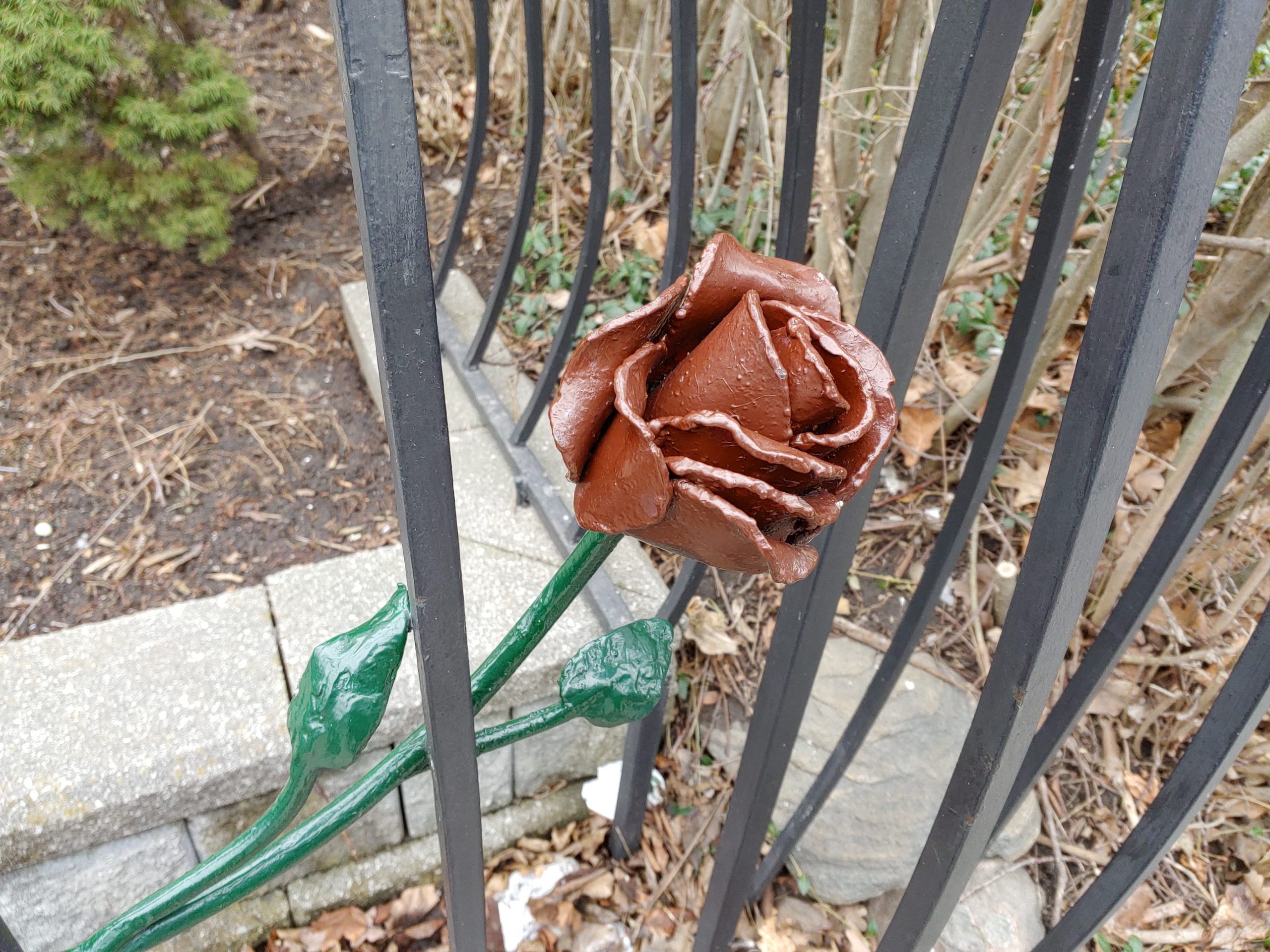 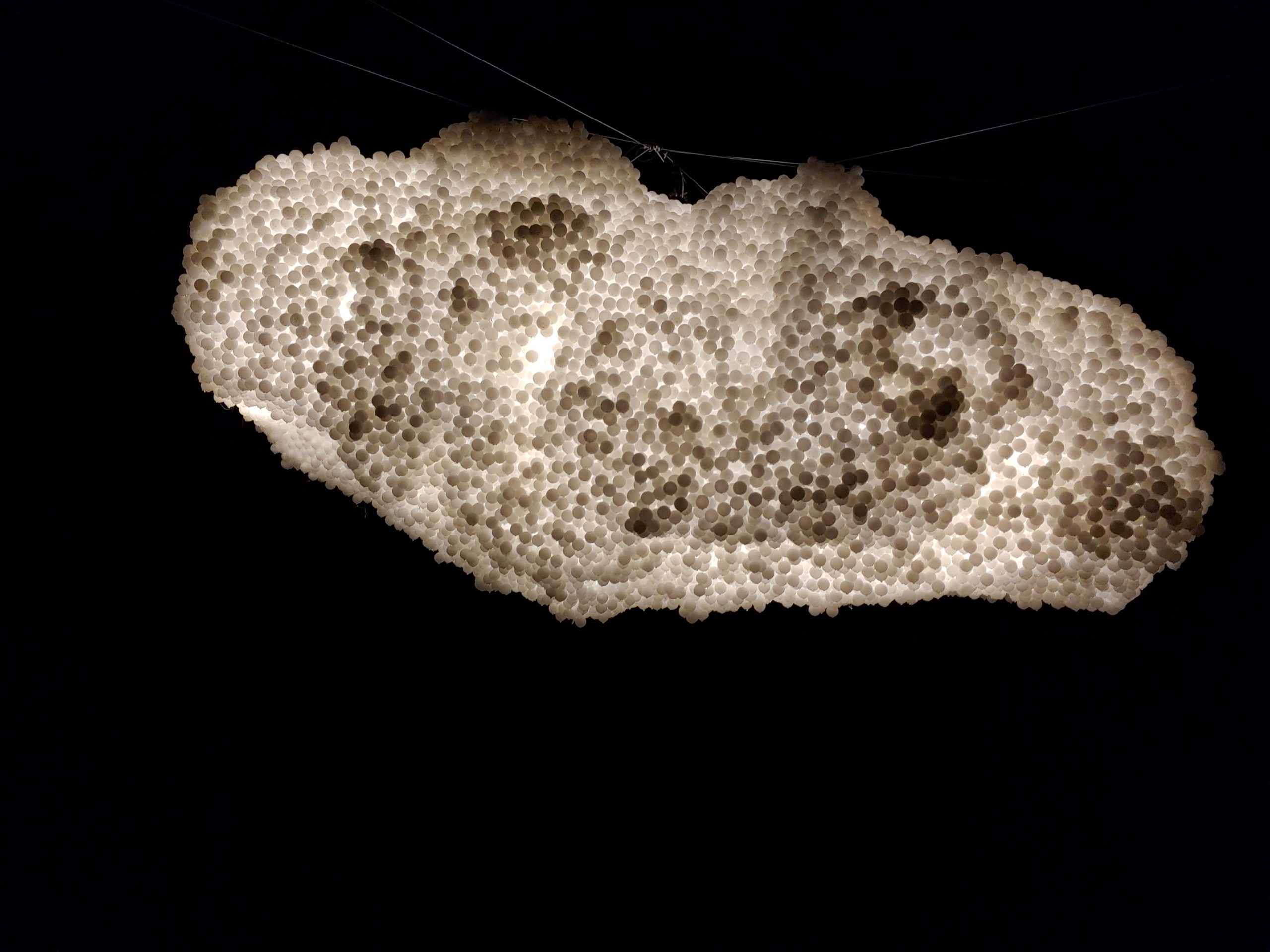 The rear-facing camera’s pictures weren’t bad, and the shooters are aided by LG’s AI that changes the saturation, highlights, exposure and more depending on the scene. Additionally, the AI does this in real-time, allowing users to know what the shots will look like before the picture is captured.

However, if you’re looking for a mid-range option that has a better camera, I’d advise the Pixel 3a, especially if you’re into night shots. 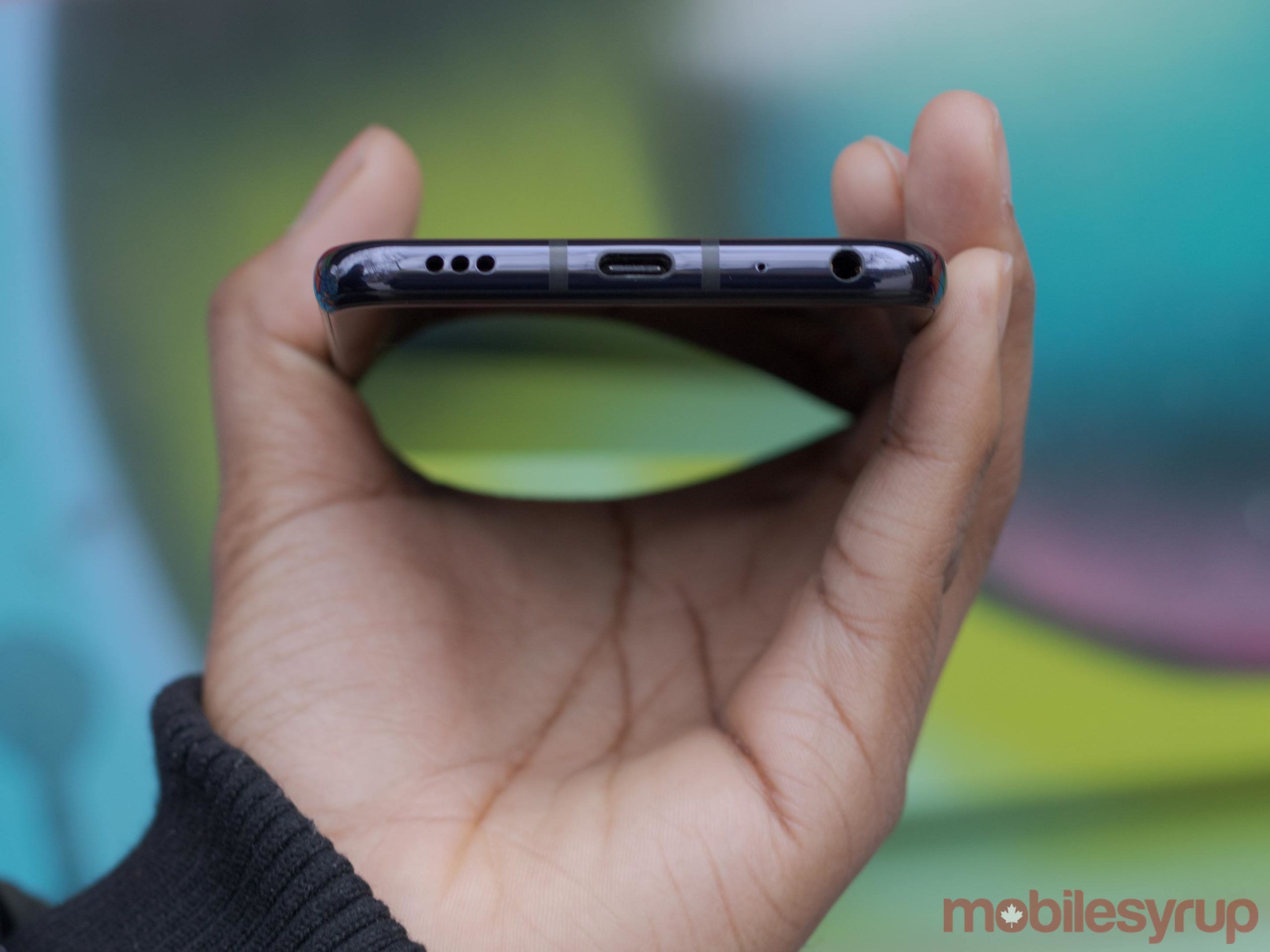 LG’s Q70 is a good mid-range smartphone. It offers a solid experience without the premium specs of more expensive smartphones. Upfront the LG Q70 costs $520 CAD, and for a mid-range smartphone that offers such nice design and a decent overall user-experience, it's worth that price. That said, there are other mid-rangers on the market like the Pixel 3a that offer a better camera experience, stock Android but an overall worse look. I don’t think the Q70 is the best mid-range handset on the market, but someone looking for a competent, inexpensive Android smartphone, likely won't find many issues with this device.