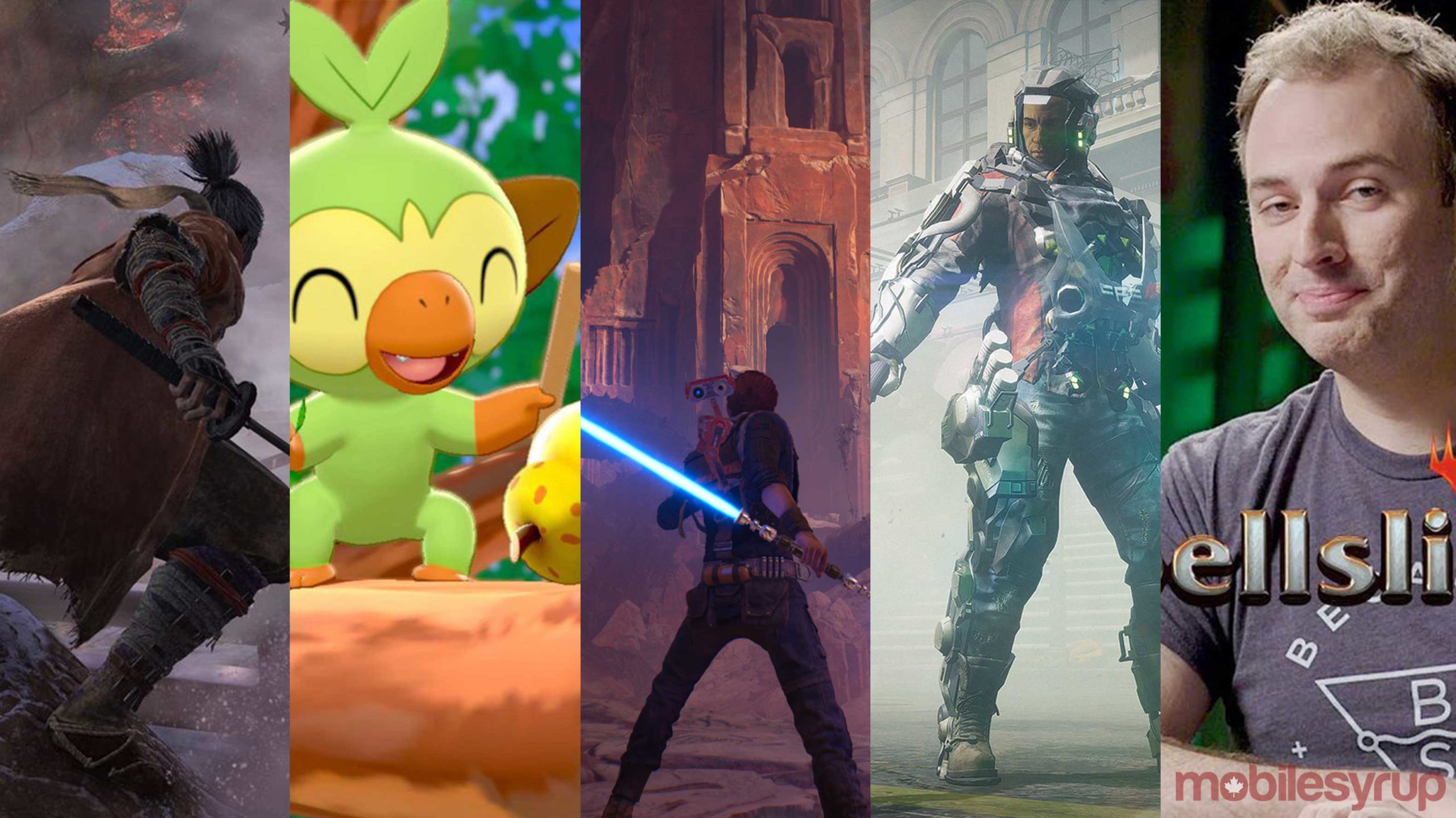 We saw the rise of foldable smartphones that didn’t work well, 5G handsets that didn’t release in Canada and the Nintendo Switch Lite, a handheld version of the original Switch.

While smartphone tech in Canada, in particular, has been a little underwhelming this year, the gaming industry has been far more exciting.

In comparison to other years, the video games released throughout 2019 weren’t all the greatest, but I thought there were some surprise hits.

I, unfortunately, didn’t play as many new games as I usually do, but the ones I did manage to play I had tons of fun with.

In 2018, the trailer for Sekiro: Shadows Die Twice was one of my favourite things of the year, and in 2019 the title was one of my favourite games of the year. Sekiro, developed by From Software and published by Activision, is considered to be part of the Soulsborne genre, but it’s so much more. The game features a Sengoku period of Japan-type aesthetic with samurai-like warriors, monstrous snakes and weird creatures you couldn’t imagine in your wildest of dreams or darkest of nightmares.

I thought Sekiro was a refreshing take on the Soulsborne genre. In previous games like Dark Souls, Bloodborne and even Nioh, players could make their character better with grinding, killing enemies to gain experience points to increase levels. Sekiro, on the other hand, didn’t have this aspect; the only way to get better was to simply get better. While eventually, you’ll gain new prosthetic weapons to defeat tricky opponents and find new items, there’s no way to improve armour throughout the game, and your primary weapon is the same and it can’t be improved.

In Sekiro, you’ll obtain prosthetic tools that allow you to perform different actions such as throwing ninja stars, an axe that can break shields and a grappling hook. The grappling hook will enable you to grapple certain parts of the map; players can even grapple enemies.

The difficulty is part of what made this game so fun, though this might not be for everyone. Similar to the Dark Souls series, Sekiro might be one of the most significant challenges you’ll ever face in your gaming life.

If you like a challenge, samurais, and verticality, Sekiro is the game.

Pokémon Sword and Shield (SwSh) are this year’s Pokémon titles, and while they aren’t my favourite games in the series, they’ve shown how much the franchise has grown in 23 years. For example, Pokémon SwSh feature the series first-ever controllable camera.

When players are in the ‘Wild Area’ a large part of the map that’s probably the size of one area in Breath of the Wild, you’ll be able to have free control of the camera.

The Wild Area was a big step for the series, and it lets players play together with one another in Max Raid Battles. This functionality is also a first-ever for the series, allowing up to four players to battle against one Dynamax’d Pokémon (Dynamax’d Pocket Monsters are giant in comparison to their regular variants.)

Some animations weren’t top-notch and were recycled from previous titles, and certain of the areas in the game were very shallow and didn’t encourage adventure.

Pokémon SwSh are fun, and anyone who’s a fan of the series will appreciate these two titles even if you hadn’t played a Pokémon games since some of the earlier titles.

Star Wars: Jedi Fallen Order brings the combat of a Dark Souls title, the exploration of a Metroidvania style game and a better Star Wars storyline than the past eight live-action movies.

Follow the adventure of young Jedi Padawan Cal Kestis, after surviving Order 66, the purge of all the Jedis that takes place in Episode III Revenge of the Sith.

While Cal is going through some troubling times, he meets Cere Junda and Greeze Dritus who help him on his path, trying to locate a Holocron to find the force-sensitive children in the universe. However, his adventure is made more difficult as the little Jedi is being hunted by the Inquisitors, the Second and Ninth Sisters.

The title has players using their Jedi Force powers to defeat enemies, alongside their trusty lightsabers to cut them down. You can even reflect Stormtroopers blaster shots right back at them. Star Wars: Jedi Fallen Order is a bit difficult, but unlike Soulsborne titles, players can change the level of difficulty when needed.

Star Wars: Jedi Fallen Order honestly made me ‘feel,’ the story was very compelling and seeing how Cal, Cere and the Second Sister were all affected by Order 66.

The Surge 2 is another Soulsborne-like game with a futuristic vibe.

The title has players fighting through a dystopian future where humans have ruined the world’s resources. The plot takes place in Jericho City, a pretty advanced metropolis, but filled with nanite-controlled people and machines that the player has to fight.

On occasion, you’ll have to battle nanite monsters, which are also very fun as they vary in shapes and sizes.

The game doesn’t feature a wide variety of scenery, but throughout my time playing, I never got bored. Additionally, The Surge 2’s world is so intertwined and connected, and it helped make it feel more cohesive and enjoyable.

The Surge 2 also has tons of weapons to choose from, and some of them are called ‘Double Duty,’ weapons that can be dual-wielded. I thought this was very fun, and reminded me of Bloodborne’s trick weapons.

The game offers quick, smooth and challenging gameplay, and it’s incredibly fun if you’re interested in the Soulsborne genre. 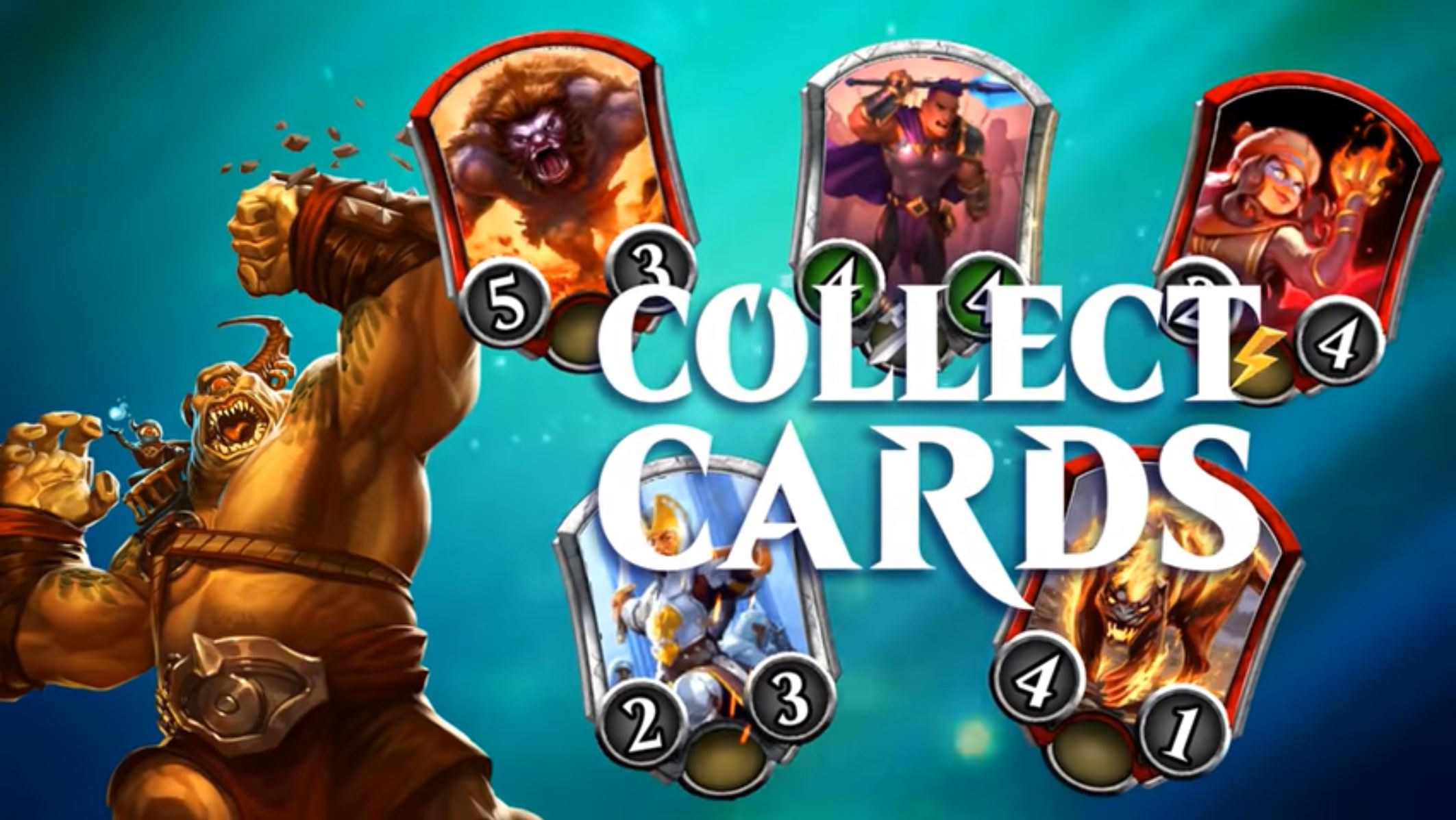 Magic Spellslingers comes from the creators of Magic: The Gathering, the Wizards of the Coast. Spellslingers works similarly to the regular card game, but there are several differences.

Instead of at minimum a 60-player deck, you’re restricted to only 30 cards no more or less. Each battle a player starts by choosing a Planeswalker. Planeswalkers are mages that can control the beasts, elves, demons and other creatures when playing Spellslingers.

The lore of Magic the Gathering also follows the Planeswalkers as they walk through time and space. Each Planeswalker has its ability in the game. Chandra will immediately damage her opponent’s life. Meanwhile, Nissa will gain one life whenever she gains mana from non-land cards.

In this title, you don’t collect land like normal, but you naturally gain mana each turn. You do have to pick a land card for your deck, but it doesn’t matter on the colour.

This game is also a lot simpler than the original card game, and there’s less to remember.

Instead of abilities like ‘Deathtouch’ and ‘Lifelink’, they all get replaced by ‘Attack’ which performs different functions depending on what the card reads. It’s not completely basic, though. There are still abilities like ‘Reach,’ ‘Trample,’ ‘Haste’ and plenty more.

The game is fun, and though you can, you never have to spend any money. Magic Spellslingers is free to play and is currently in early access. It’s also worth noting that the game is a bit buggy and crashes occasionally.

Nioh 2 is probably going to go down as my favourite game of the year. I played the beta demo and thought it was stupendous. I can’t wait to play it when it officially comes out on March 13, 2020.