It's coming three months before the game itself 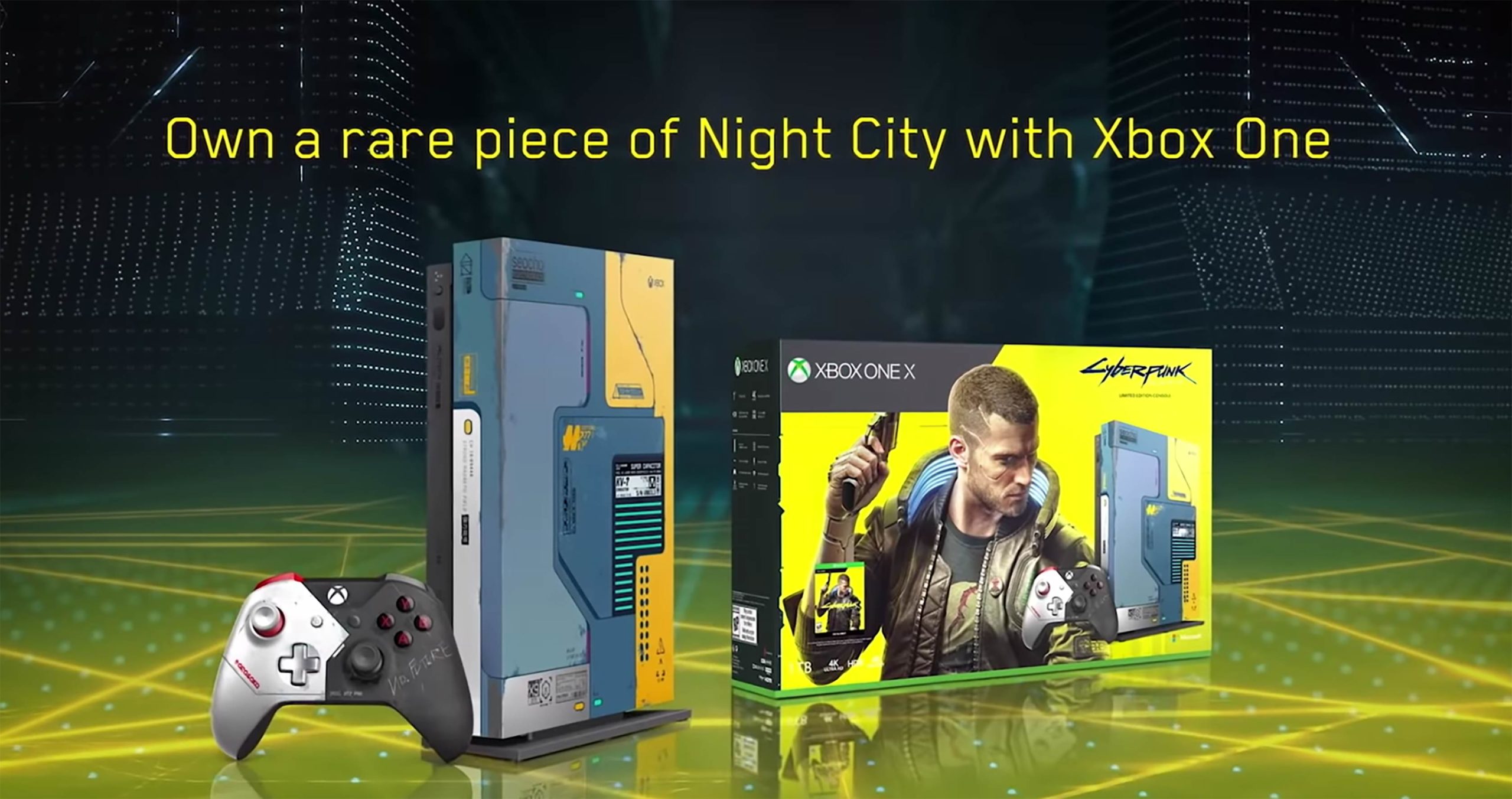 The system sports laser etchings, glow-in-the-dark decals, a blue LED light and custom panels. The other side of the box, meanwhile, has the ‘Samurai’ logo seen in much of the marketing for the game. Accompanying the console is the metallic-looking Xbox One controller that was leaked on Amazon earlier last week.

Notably, Microsoft says only 45,000 units of this console will be on sale in “select markets,” although specific countries weren’t mentioned. A specific price was also not confirmed for the system.

When reached for clarification, Microsoft confirmed to MobileSyrup that the console will go on sale in Canada, although quantity availability and pricing will be revealed at a later date.

Microsoft says this will be the final limited edition Xbox One X bundle it produces, which makes sense, given that the next-gen Xbox Series X is slated to launch this holiday.

The console will launch sometime in June. Interestingly, this is three months earlier than the September 17th launch of Cyberpunk 2077 itself. The console will include a download code that can only be redeemed on the game’s launch day.

For additional storage space, two Cyberpunk-themed Seagate external hard drives will be released in June. A 2TB model will cost $128.99 CAD while a 5TB variant will be priced at $149.99 USD (about $211 CAD).

It’s worth noting that Cyberpunk-themed headset was also revealed, although it’s only set to release in the U.S. and U.K.

According to developer CD Projekt Red, production on Cyberpunk 2077 is going well remotely during the COVID-19 pandemic. Therefore, the studio still expects the game to release in September.

It’s worth noting that Cyberpunk 2077 was originally slated to release on April 16th, but was delayed until September to give the team more time to polish the game.

The game is CD Projekt’s highly-anticipated followup to its 2015 Game of the Year-winning fantasy-RPG, The Witcher 3: Wild Hunt. In Cyberpunk 2077, players assume the role of a mercenary named V who navigates an expansive futuristic world, making choices that impact the narrative while developing their character through deep RPG progression systems.

Notably, the game features Toronto’s own Keanu Reeves (The Matrix) as Johnny Silverhand, a non-playable rocker character who has more lines than anyone besides V. Additionally, Vancouver-born musician Grimes is voicing a character as well as providing original music to the game’s soundtrack.

Earlier this year, Microsoft and CD Projekt confirmed that Cyberpunk 2077 will be supported by the Xbox Series X’s ‘Smart Delivery’ feature. This will ensure that those who buy the game on Xbox One will be able to play an enhanced version of the game on Series X at no additional cost.

Update: 20/4/2020 10:20am ET — This article has been updated with additional information on the bundle, based on a recently published blog post.

Update 2: 20/4/2020 2:52pm ET — This article has been updated with Canadian availability information as confirmed to MobileSyrup by Microsoft.