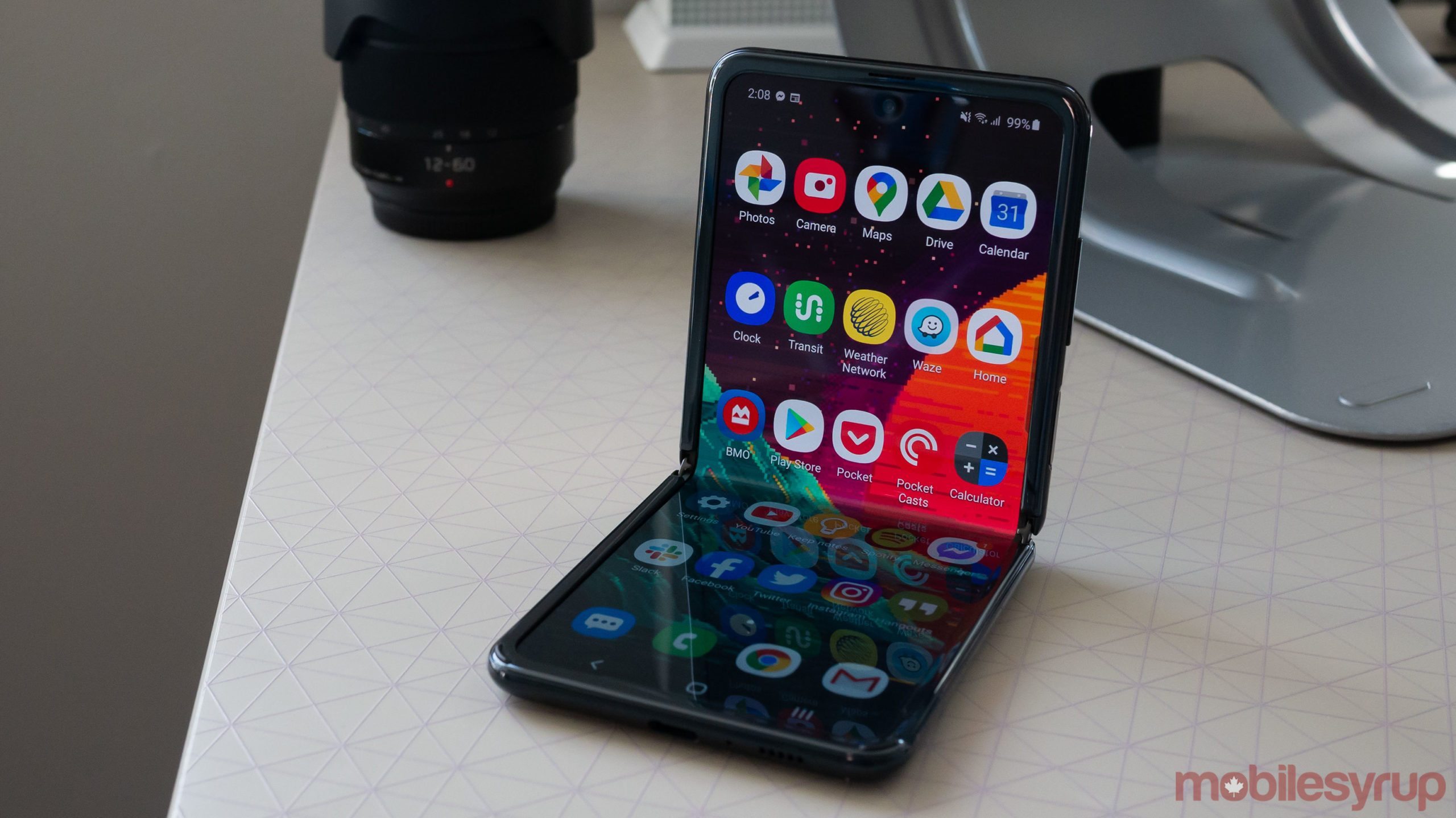 Samsung is pushing out a small update to the Galaxy Z Flip’s camera app that makes more use of the split user interface.

If you’re unfamiliar with the Z Flip’s Camera app, it’s one of a few that can make use of the foldable’s unique locking hinge. Users can fold the device at a 90-degree angle while using apps. Dubbed ‘Flex Mode,’ the feature could be used as a makeshift stand when recording yourself with the phone’s camera.

Further, during the Z Flip reveal event, Samsung ran a video showing how you could use Flex Mode with apps like Google Duo or YouTube to split what’s on the screen.

However, as reported by SlashGear, the new Galaxy Z Flip update will add another way to use Flex Mode in the Camera app. The new UI is essentially a reverse of the current Flex Mode Camera app UI.

To do this, users can double-tap to enter ‘Bottom Preview Mode.’

While it’s a small change, it should make it easier for users to frame photos when shooting from a low angle. Alternatively, it could be good for taking pictures from above the subject, such as snapping a photo of your food.

The new update will start rolling out on April 17th, but it could take longer depending on your region you’re in and which carrier you’re with.