Against all odds, The Witcher 3 works quite well on the Nintendo Switch

Geralt's back and he's hardly missing a beat 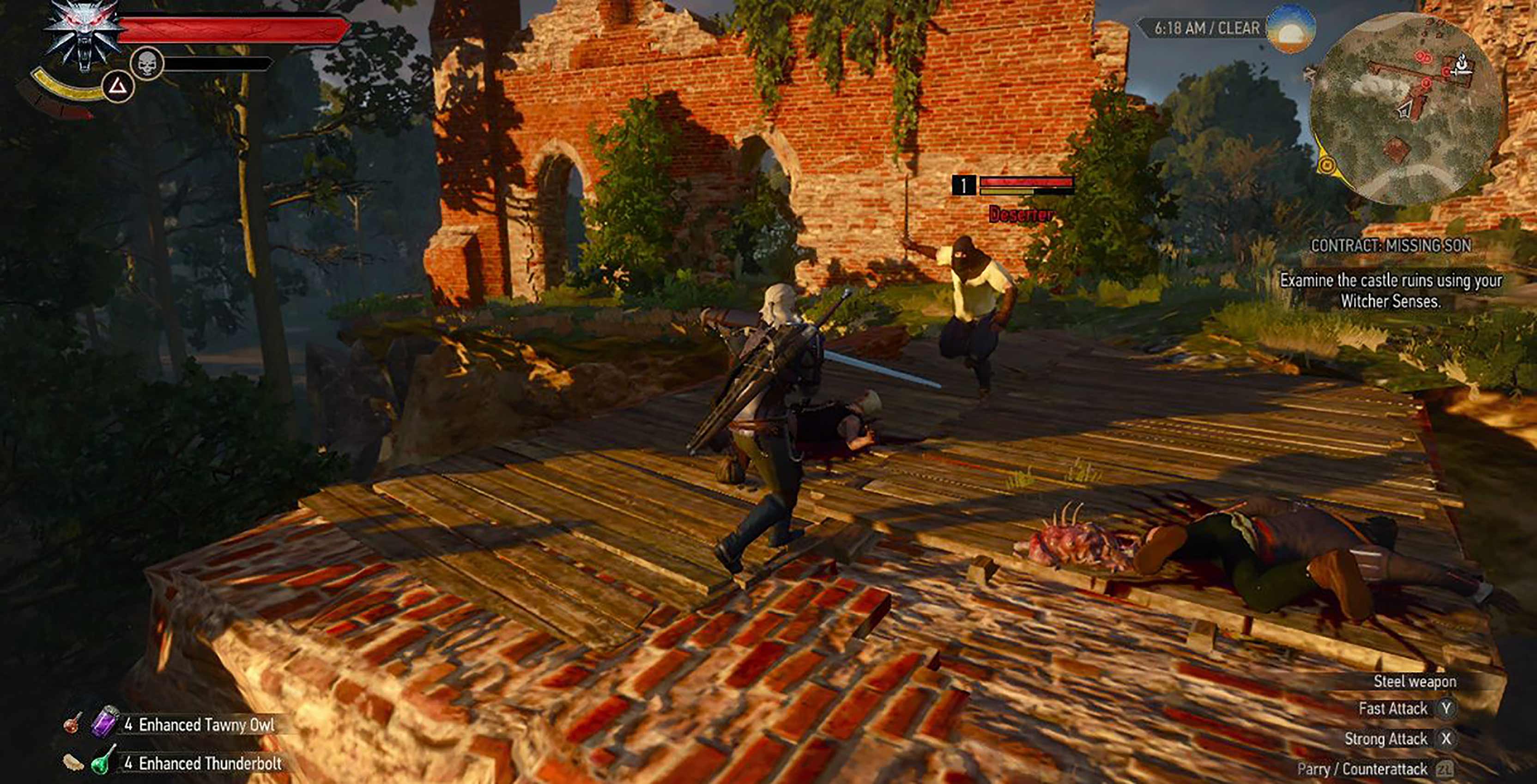 When Polish developer CD Projekt Red announced that it’s bringing its acclaimed action-RPG The Witcher 3: Wild Hunt to the Nintendo Switch, many assumed it would be a severely downgraded version.

A game with a world that massive, detailed and filled with well over 100 hours of content? Not a chance that could work on the Switch, surely.

However, New Jersey studio Saber Interactive — with CD Projekt’s Red assistance — have proven any naysayers wrong. After playing about 20 minutes of the Switch version at Gamescom 2019, I’ve quickly realized just how well The Witcher 3 translates to the console-handheld hybrid.

For context, the Switch version of The Witcher 3 is the Complete Edition, which includes the base game plus its meaty Heart of Stone and Blood and Wine expansions. In other words, the developers have somehow managed to fit at least 150 to 200 hours’ worth of game onto a single 32GB Switch cartridge.

That’s a remarkable achievement in and of itself, but once I saw The Witcher 3 in action on Switch, I came away even more impressed. The demo takes place at the very beginning of the game, with monster hunter protagonist Geralt and his mentor Vesemir looking for the witcher’s old sorceress flame Yennefer. From there, I was free to do whatever I wanted until the demo time ended.

To be clear, some technical concessions have naturally been made in order to get the game running on Switch. In handheld mode, The Witcher 3 plays at 540p resolution with a frame rate ranging from 20 and 30fps. Meanwhile, docked mode offers between 540p and 720p at a more consistent 30fps. 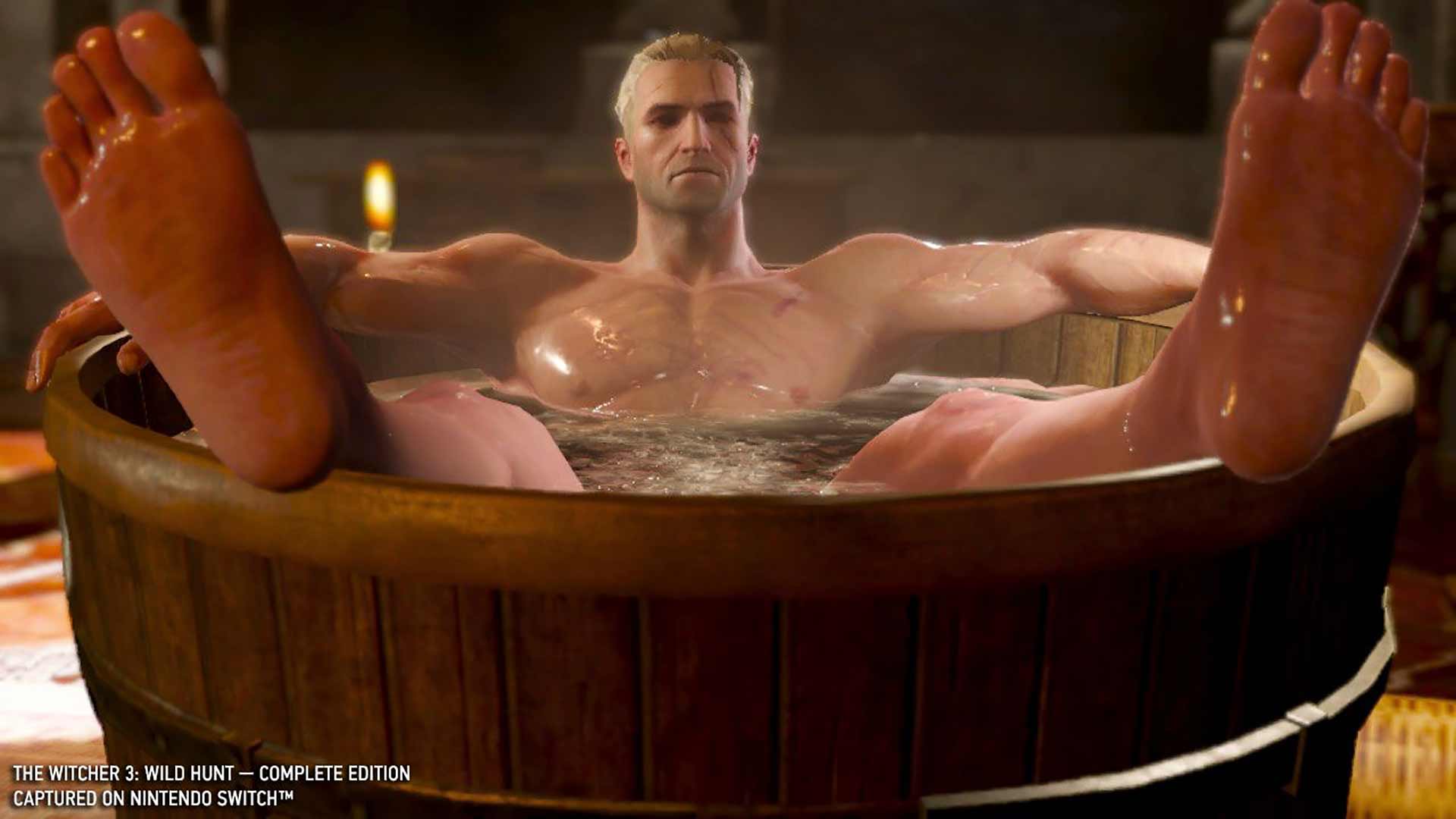 However, no new assets had to be created to make the transition to Switch, according to Saber. Most importantly, content didn’t need to be removed, either. For example, Saber says even the most well-populated areas of the game have the same amount of non-player characters that they do in The Witcher 3 on other platforms.

Instead, the Switch version features some compressed assets and reduced draw distance, which result in a slight blurring of the visuals that I really didn’t mind much at all. A more detailed specifications breakdown can be found from the technical analysis gurus at Digital Foundry over at Eurogamer. Suffice it to say, this is, thankfully, still The Witcher 3 through and through.

In terms of what I played, I worked a bit through that main Yennefer questline, but to really get a feel for how the Switch could handle The Witcher 3, I made a point of doing as many activities as I could during my demo. This ranged from riding through fields and forests on horseback, fighting a squad of high-level soldiers, swimming and running through a town and enemy encampment. 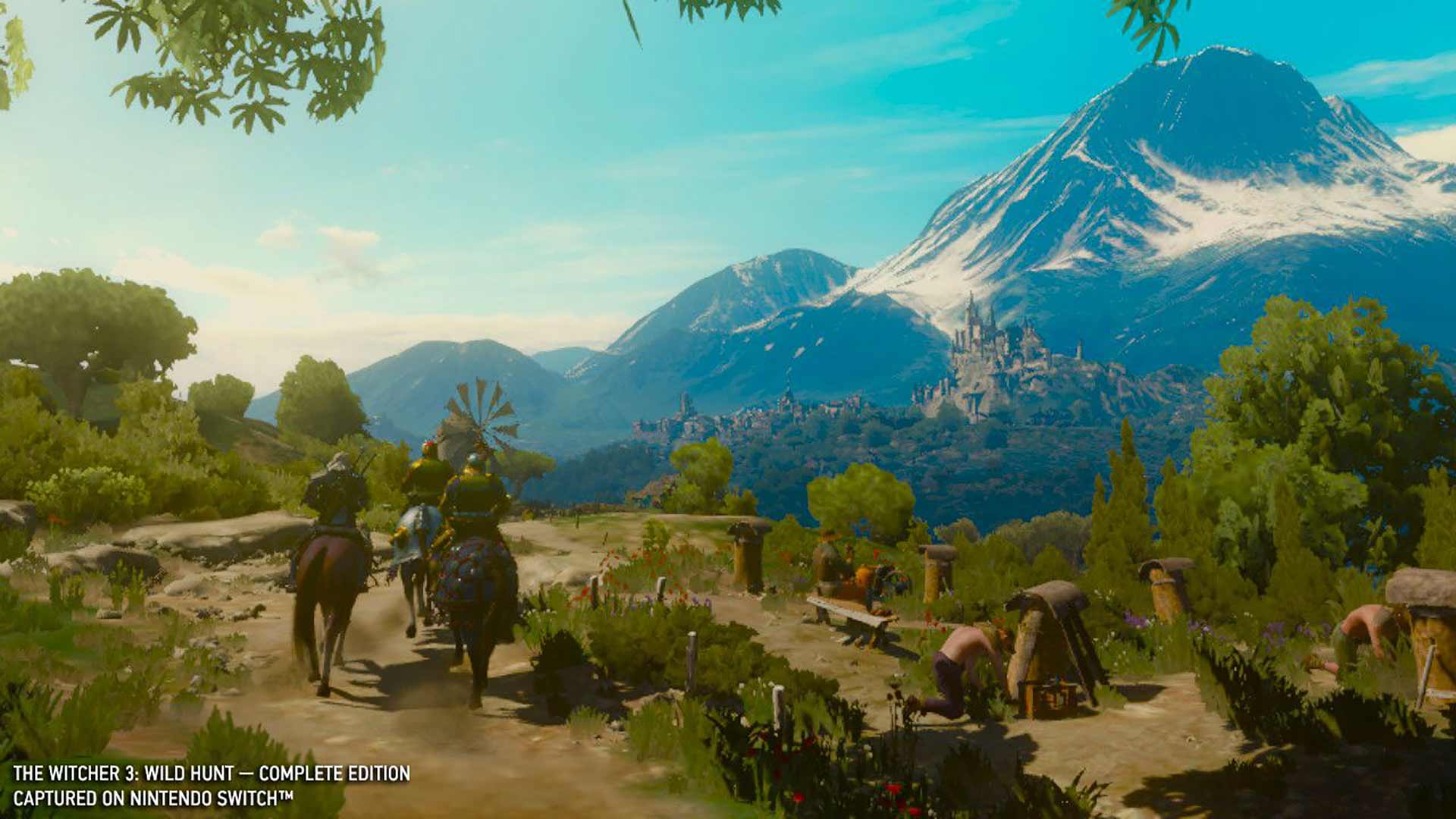 Regardless of what I did, the game didn’t suffer from any noticeable dip in resolution or frame rate. That said, as well-executed as the port is, though, it remains to be seen just how consistently it can perform on the Switch across the board. A game as staggeringly large and content-rich as this may stumble at times on the Switch, especially in late-game setpieces that dial the action up to eleven.

Nonetheless, I appreciate just how transparent CD Projekt has been in terms of revealing specifications and showing off an extensive amount of gameplay. In fact, at a media event earlier this month, the studio even made a point of showing two of the game’s more technically demanding areas, the creature-infested Crookback Bog swamp and bustling city of Novigrad. The goal was to show that, by and large, these environments can indeed work on the Switch, and lo and behold, they actually do, based on Digital Foundry’s impressions and footage.

Ultimately, perhaps the biggest compliment I can pay to The Witcher 3 on Switch is that I’m eager to pick it up on that platform. That’s despite the fact that I poured probably 150 hours into the main game and its expansions and can replay them at will in 4K/30fps or 1080p/60fps on my Xbox One X. As I played on Switch, I was quickly reminded of all the reasons why I love this game — rock-solid combat, top-notch writing and a brilliantly crafted world, to name but a few. 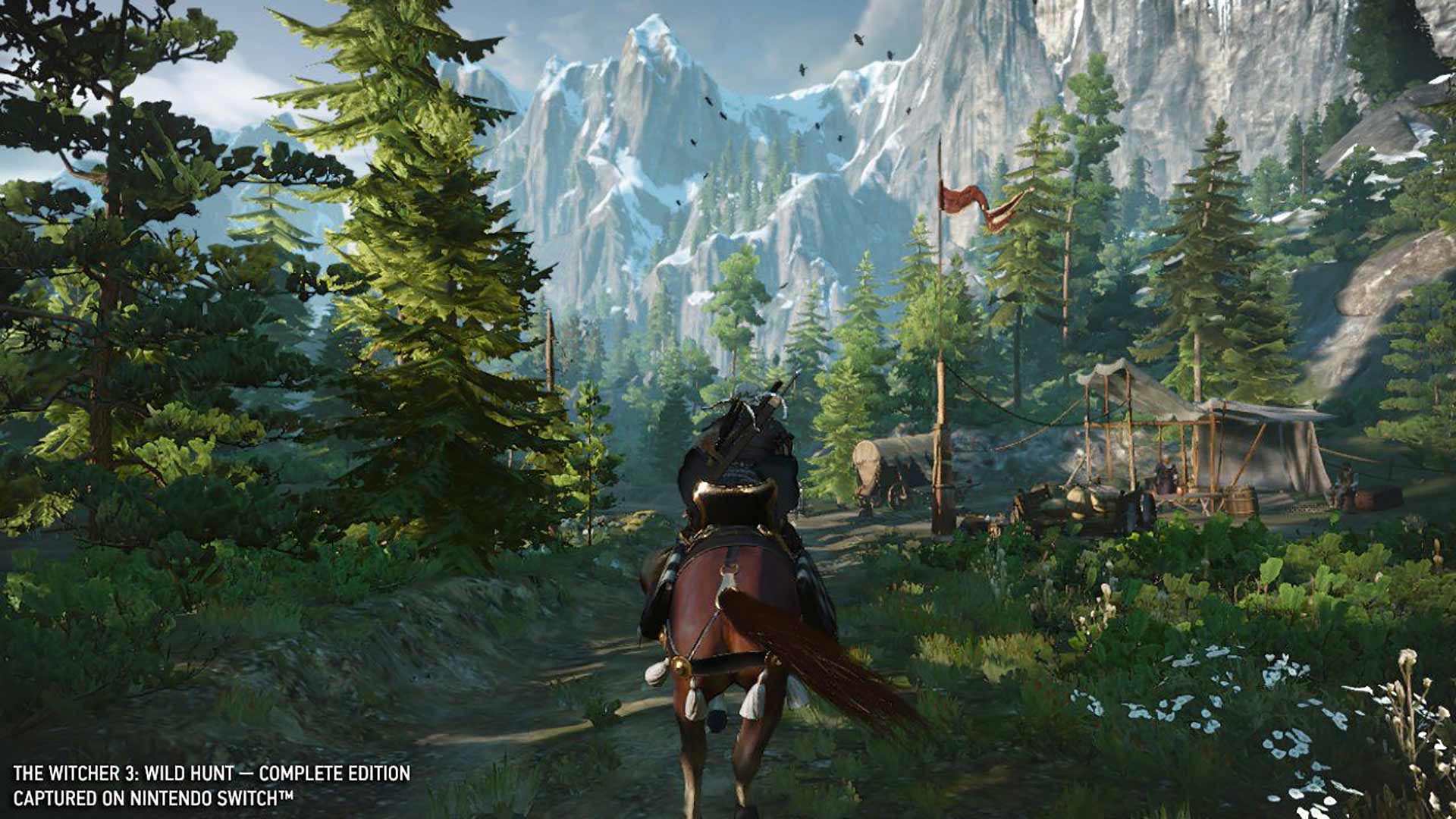 The fact that this is what I was thinking about while playing, rather than any of the technical trade-offs, is a testament to how well-crafted this port is. If you haven’t played The Witcher 3 or are like me and want to play it once again, the Switch version is shaping up to be a great option for you.

The Witcher 3: Wild Hunt — Complete Edition will launch on the Nintendo Switch on October 15th, 2019.