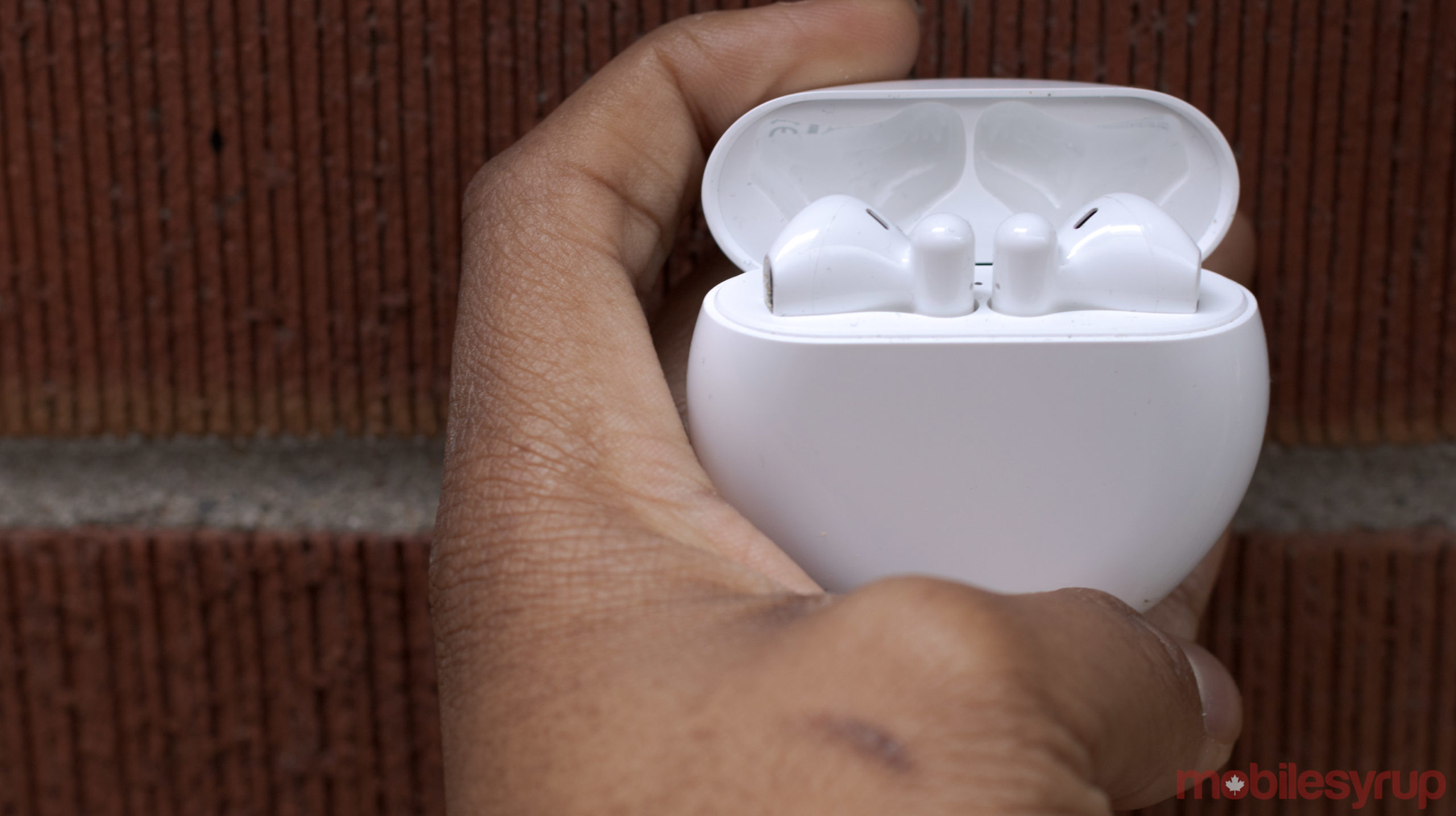 Huawei Canada has announced that its FreeBuds 3 True Wireless Stereo Earbuds are available to purchase online at Staples and Visions Electronics for $259 CAD.

The FreeBuds 3 feature a Kirin A1 chipset, noise cancellation and an AirPod-like design. Additionally, the Bluetooth wireless earbuds feature 14mm dynamic drivers in each bud.

I’ve been using the FreeBuds 3 for a couple of months now and can attest to how comfortable they are (I’ve frequently fallen asleep with the FreeBuds 3 in my ears). Turning noise-cancelling on/off is also easy and can be done by double-tapping the left earbud.

MobileSyrup previously reported the FreeBuds 3 were making their way to Canada back in January.