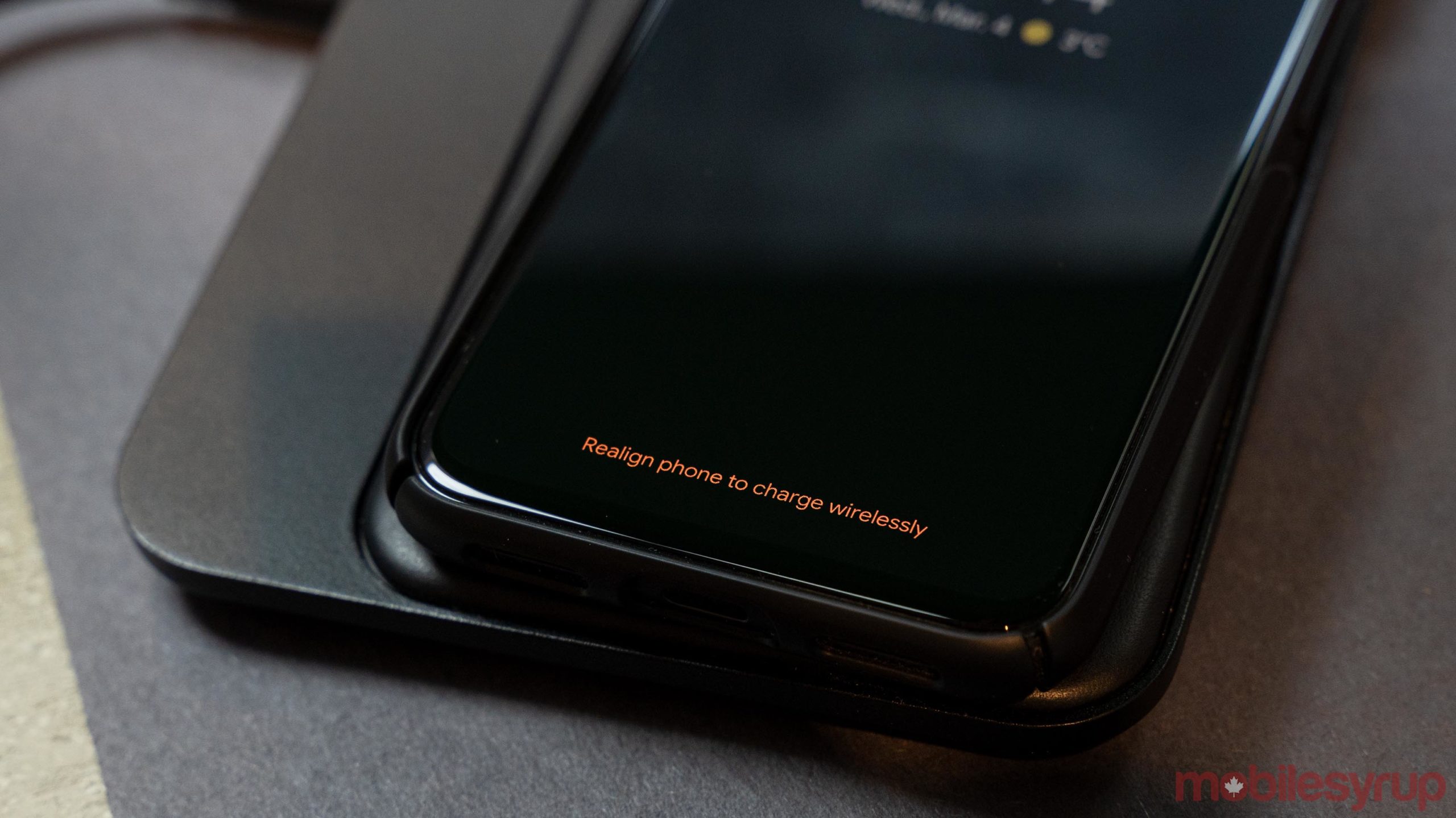 Earlier this week, reports surfaced about an upcoming Android 11 feature that would notify Pixel 4 users when the device wasn’t placed on a wireless charging pad properly.

However, it appears the feature was actually part of the March security patch, not Android 11, and it’s available now on Pixel 4 and 4 XL devices. The alignment notification was originally spotted in the Android 11 developer preview by some Redditors, and that’s where the confusion started. Since the Android 11 developer preview shipped with the March security patch installed, it seemed like the feature was part of Android 11.

Now that the March security patch and Pixel feature drop are rolling out to phones, the wireless charging notification is popping up for some users. I noticed it last night when I placed my phone on a wireless charging pad before bed. Thankfully, the notification caught my eye and I was able to readjust my Pixel 4, saving me from waking up to an empty battery.

However, one caveat is that the warning can be small and hard to notice. It only appears along the bottom of the Pixel’s ‘Ambient Display’ where it normally shows the battery percentage.  Further, the warning display in an orange colour, which does help it stand out a little more. Still, if you’re not paying attention, it can be easy to miss.

Regardless, the warning is a welcome addition. I can’t count the number of times I’ve misplaced my phone on a wireless charger and not received a full charge.