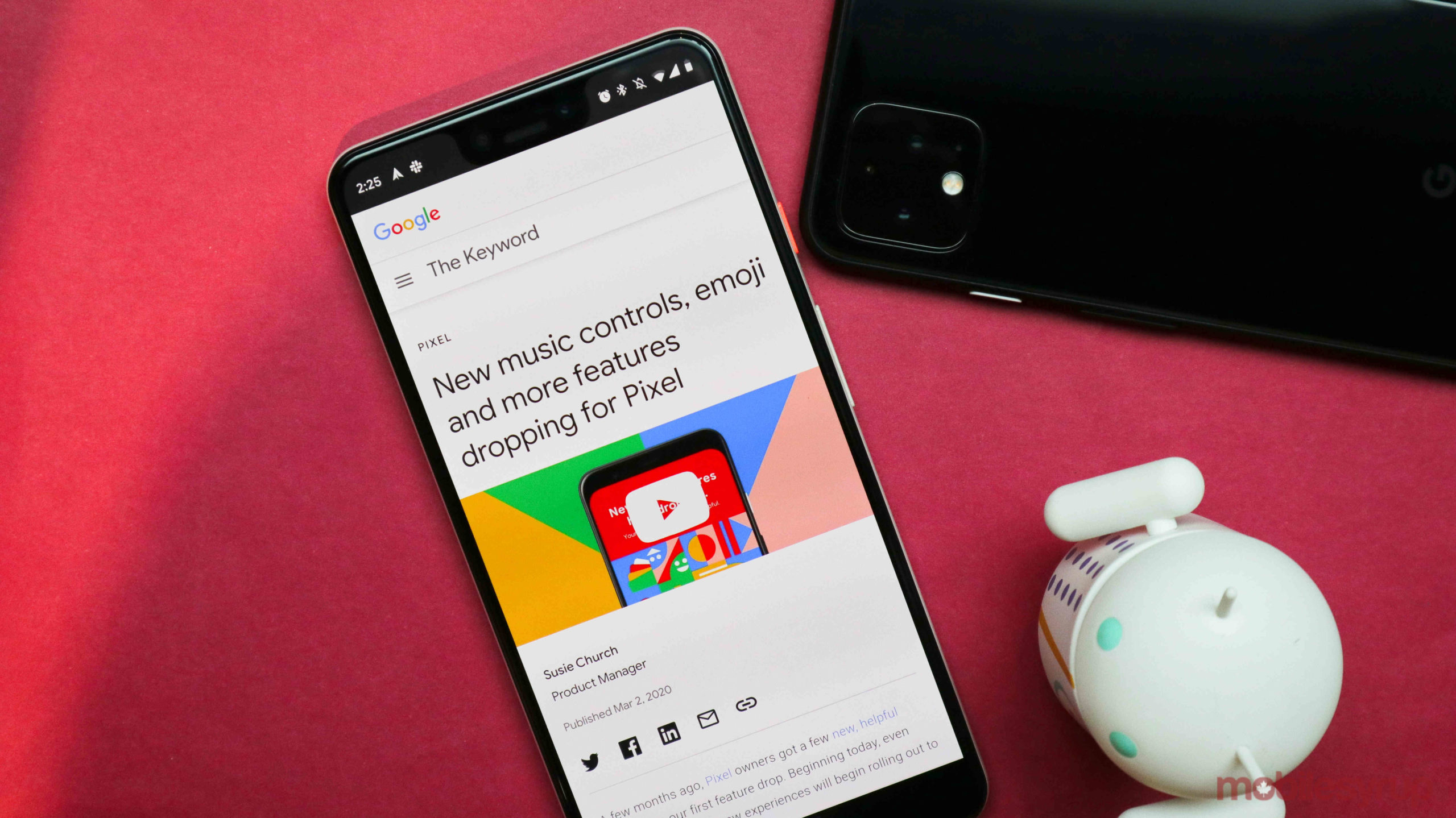 The latest Google Pixel features drop for the Pixel 2, Pixel 3, Pixel 3a and the new Pixel 4, are rolling out now with dark mode schedules, a new ‘Motion Sense’ gesture and more.

When the update does roll out, it will bring a ton of new features to the Pixel 4, while older devices are only getting some of the new functionality.

Users can finally pause music and other audio with Motion Sense by holding their hand in front of the phone. Google describes the action as an air tap above the phone to pause music without having to touch the device.

The front camera can now take pictures with more depth to give the blurred portrait mode effect that people enjoy. It also helps Google’s automatic ‘Colour Pop’ feature differentiate between the foreground and the background in images.

The Pixel 4 igetting a new display brightness update. Once the feature rolls out, the phone will be able to get brighter when it’s in very bight location like outside in direct sunlight.

The final Pixel 4 exclusive feature coming to Canada provides more options when you long-press on an app on the home screen. The company’s press release doesn’t mention what this precisely means, but maybe it will be something like easier notification control by long-pressing on an app. Since it’s a Pixel 4 exclusive feature, it could also have something to do with the new Assistant.

Beyond the features that are rolling out to only Pixel 4 owners, Pixel 3, 3a and 2 owners also have a lot to look forward to.

First up, Pixel 2 owners will finally get the ‘Live Caption’ feature. This feature allows you to turn on subtitles for just about all forms of audio and video on your phone. This feature came to the Pixel 4 when it launched and the Pixel 3 and 3a last December.

Google Duo is getting a few updates as well to bring it more in line with modern video chat platforms like Facebook Messenger. This means that Google’s video chatting client can now sense where your face is and overlay fun digital masks and effects.

A new Google Pay feature is going to come out to Pixel devices that will make it easier to pay with your phone. Once the update hits, you’ll be able to hold down the power button and access all of your cards quickly, so you don’t have to pay with the same default card every time.

On top of that, the Pixel 4 is getting an ‘Emergency card’ in this view. Tapping on the card will show you the phone’s emergency contacts and medical information. You can also store loyalty cards like PC Optimum cards here, but you need to make sure they’re added to the Google Pay app first.

The final thing you can add to this screen is boarding passes on Pixel 3, 3a and 4 series handsets. This feature is cool since users only need to take a screenshot of a boarding pass barcode and Google will automatically turn it into a Google Pay compatible boarding pass. You should also get updates on your flight if you do this too.

All Pixel users on Android 10 will also get the ability to sync dark mode with the sunset. This puts Google’s Dark Theme more in line with Apple’s, which turns dark at night and light during the day.

Finally, all the included devices will get a new ‘Rules’ feature that will help users automate when their phone goes silent or rings. You can find out how Rules work by reading our previous coverage of the feature.