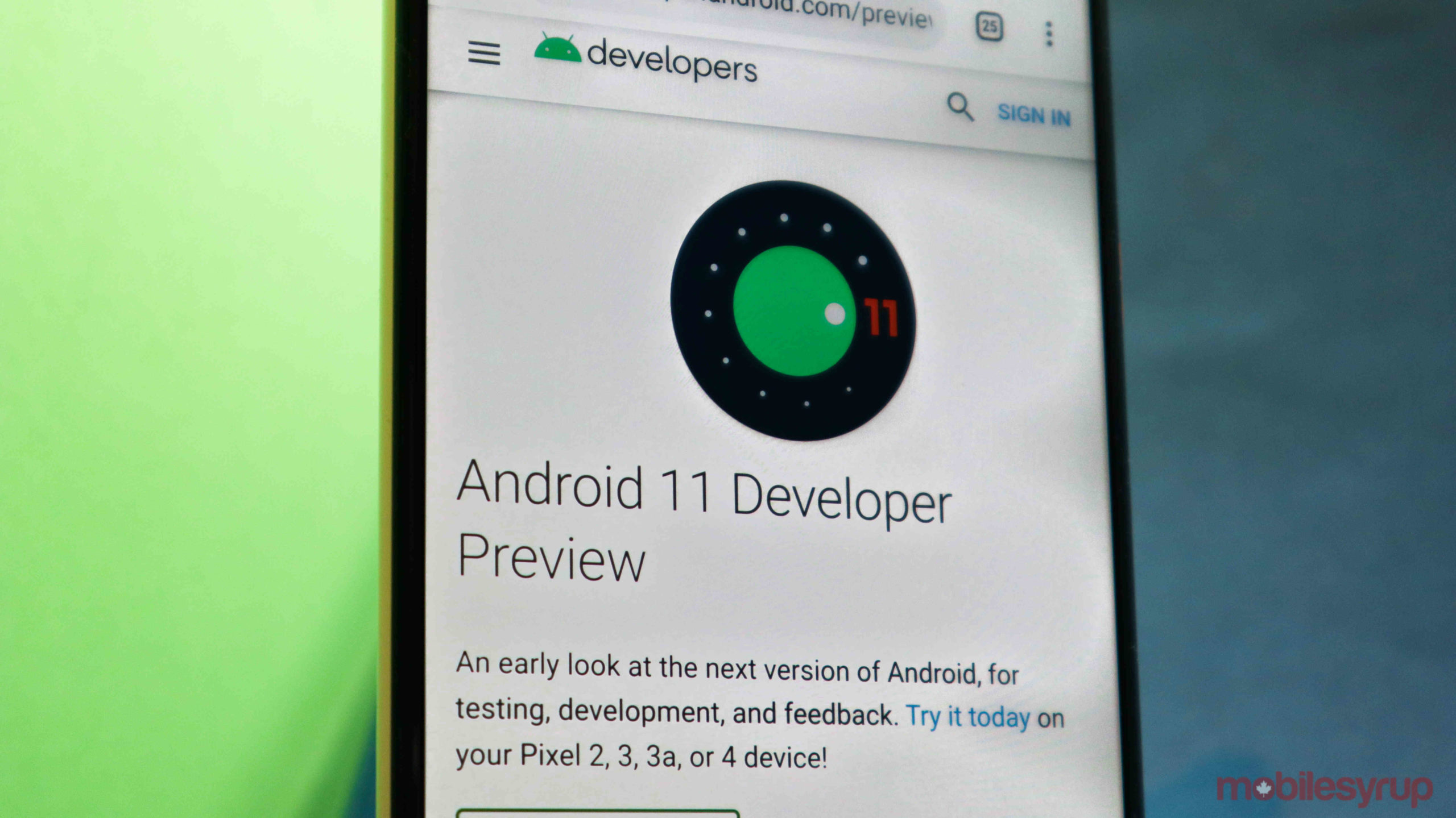 Google has released the Android 11 Developer Preview early this year, and you can download it onto a new-ish Pixel phone now.

This isn’t an over-the-air update and must be installed with care since early developer previews are often unstable, but if you want to test out the latest version of Android, you can download the file here. You can only install the software on either a Pixel 2, 3 or 4 device.

To learn how to flash the file onto your Pixel, you can check out our guide for how to flash last year’s developer beta. The steps are the same, but instead of downloading the Android Q file, you need to download the Android 11 file that’s linked above.

We’re currently in the process of adding the preview to one of our phones and will update this story once we know more.

If you’re patient, Google said, “If you are not a developer but you want to try Android 11, please wait a little longer — we’re expecting to open Android Beta enrollments in the next several weeks.”

By browsing the Android 11 developer website, we learned that it’s implementing new changes to enhance user privacy. Specifically, “in Android 11, whenever your app requests a permission related to location, microphone, or camera, your app is granted a temporary one-time permission,” reads the website.

Background location permissions are also being locked down in the upcoming beta build.

The website also mentions expanded ‘Chat Bubble’ integration. These bubbles were an experimental feature in Android 10, but they’ll become more prominent in Android 11.

Since the beta has gone live, Android Police has discovered that dark mode can be set to turn on at specific times or when the sun sets.

The publication also discovered that Android 11 will mute notifications while you’re recording videos.