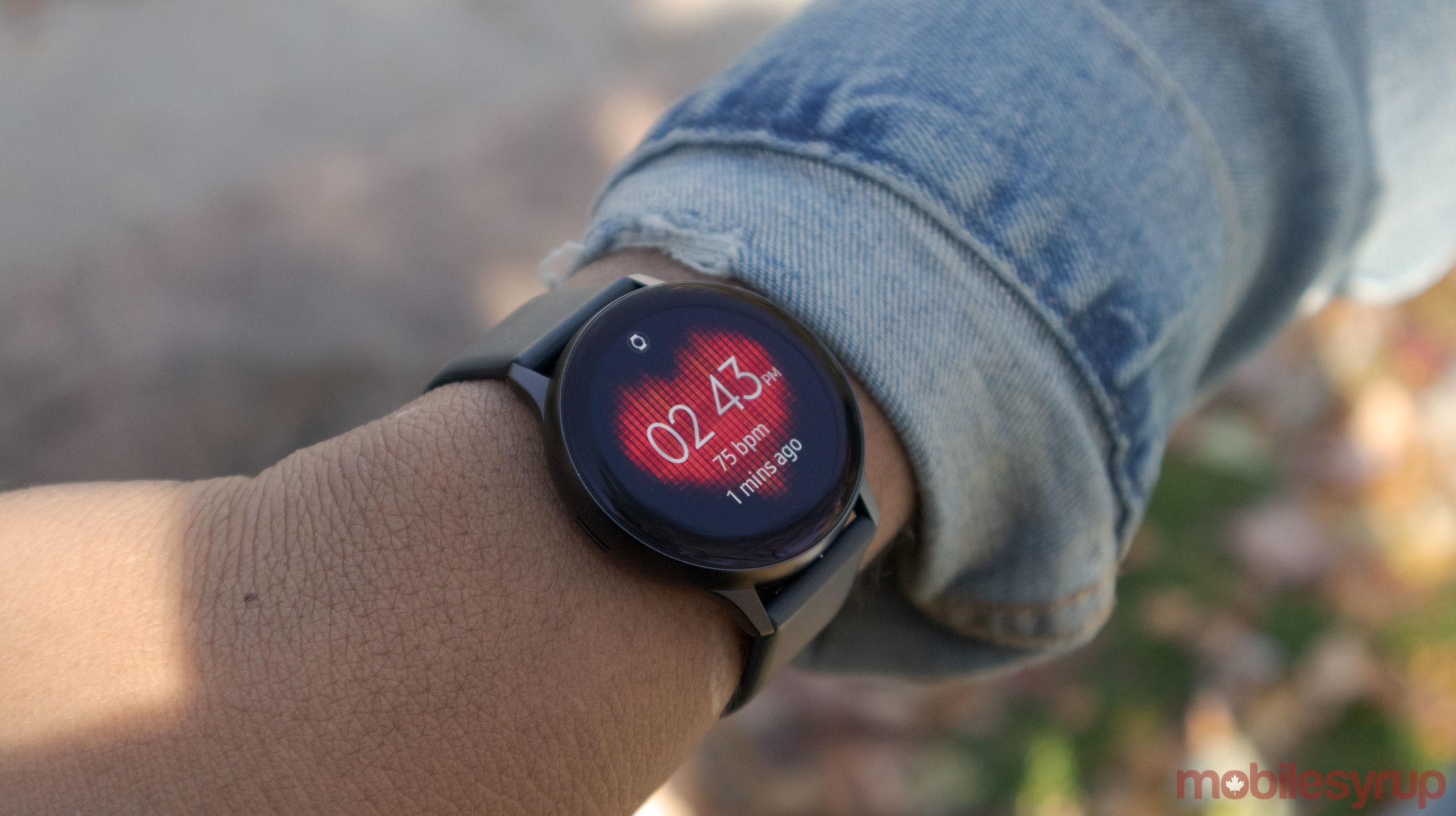 For the most part, the Galaxy Watch Active and Active 2 are very similar, so I’ll focus on what sets these two devices apart.

Pretend to rotate that bezel 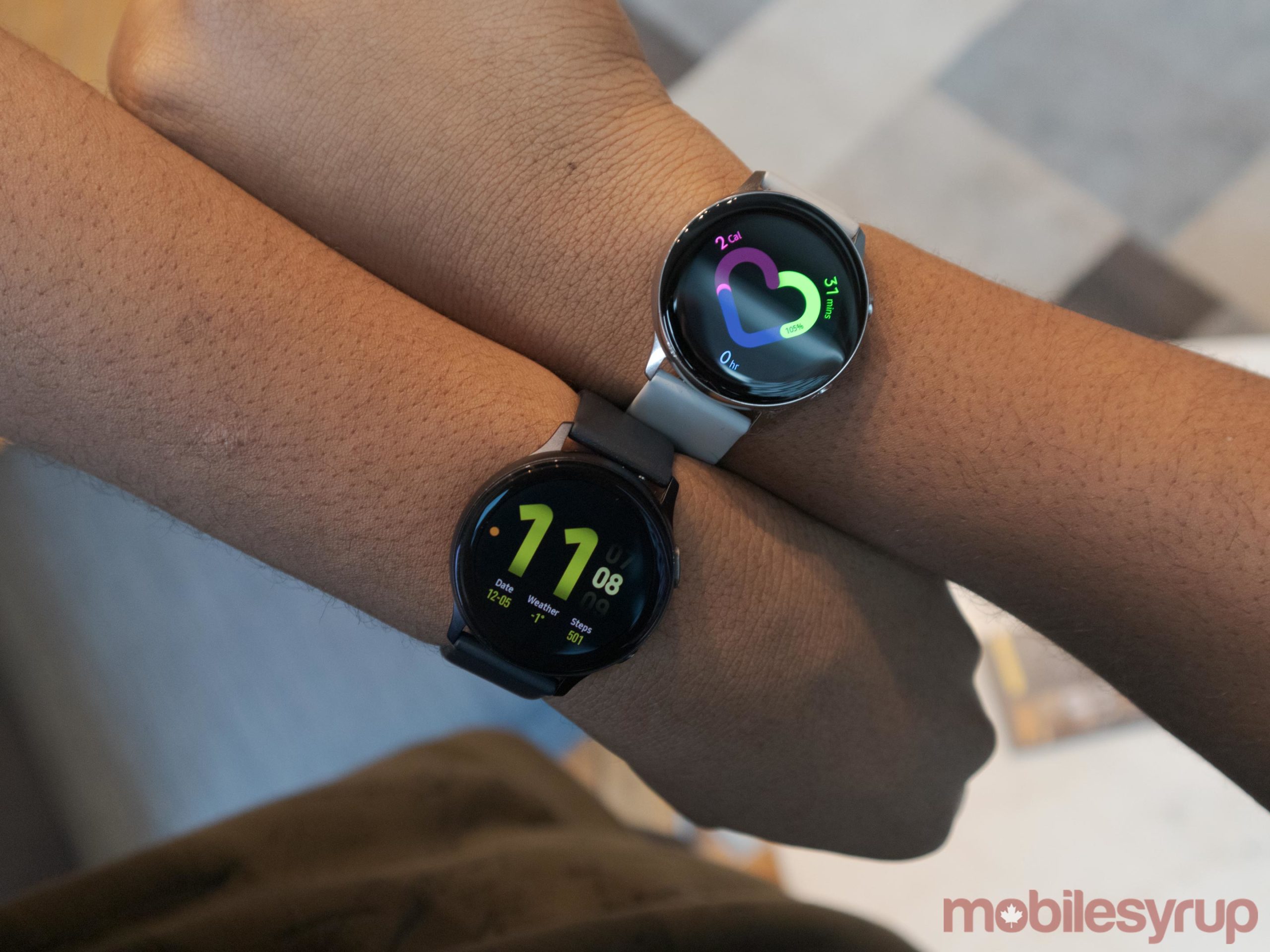 The most significant difference between the Galaxy Watch Active 2 and the Watch Active is its touch-sensitive bezel. Nearly all of Samsung’s previous smartwatches sport a rotating gear-like bezel, which makes it easy to navigate the Tizen-powered operating system. The Galaxy Watch Active, unfortunately, lacked this functionality. With the Active 2, Samsung has sort of brought it back.

Instead of the typical rotating bezel, the Watch Active 2 features a touch-sensitive ring around the screen. When you drag your finger along the display, it navigates the display’s UI.

It was great to see Samsung bring this feature back in a new and intuitive way. Whereas other smartwatch companies build their UI with swiping in-mind, Tizen’s UI was developed with a focus on navigating with the rotating bezel.

While the feature isn’t essential, as the case with the Galaxy Watch Active, it feels right and is simple to use.

The touch-sensitive ring doesn’t feel like the typical gear-like bezel, but it’s satisfying nonetheless. I like this implementation as it seems like a ‘hidden’ feature compared to the obvious and old-looking gear-like bezels. It also gives the watch a somewhat slimmer appearance, which makes sense considering the ‘Active’ branding. 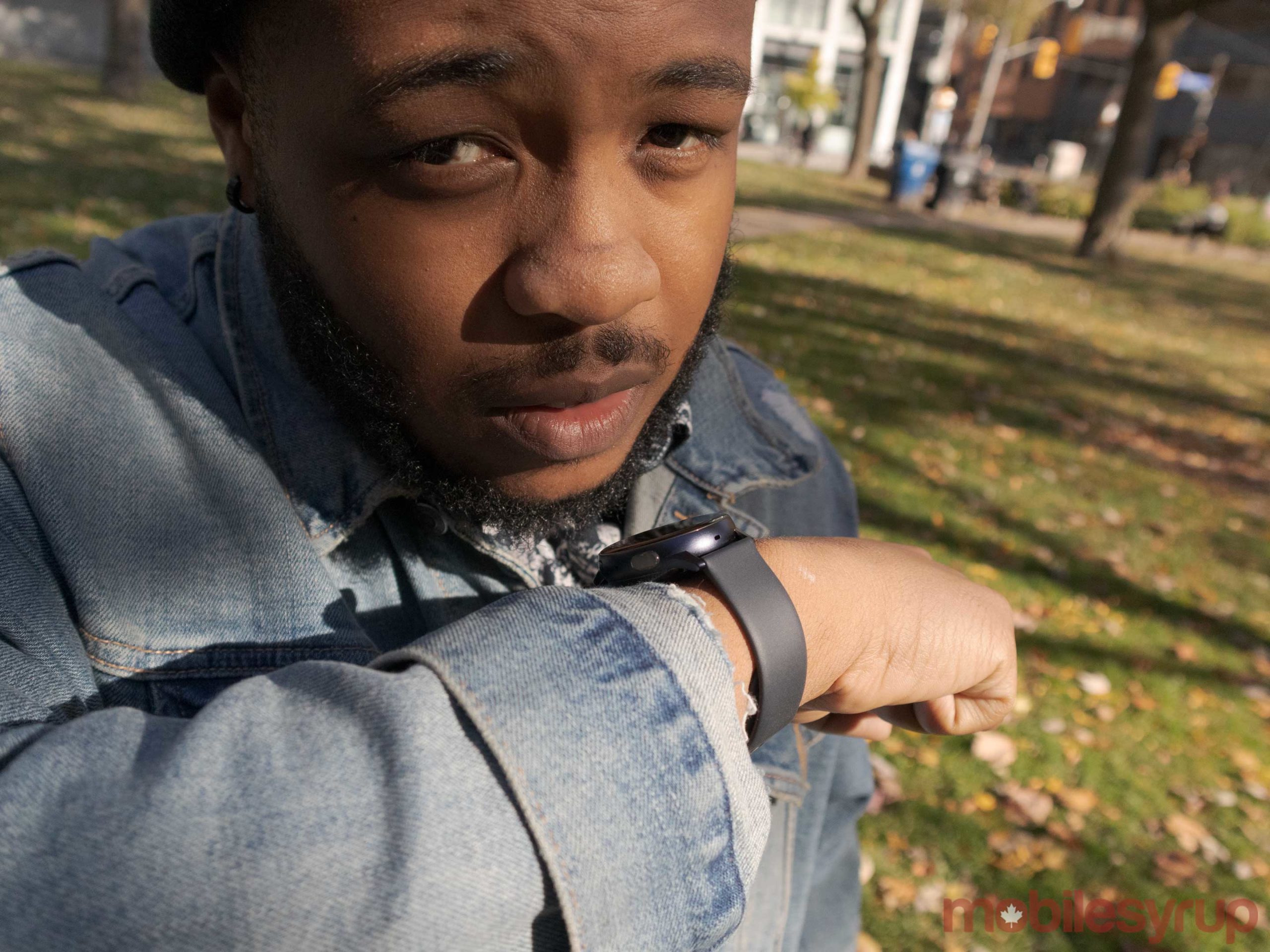 Another feature that I was happy Samsung brought back was the ability to talk on a phone call via the Galaxy Watch Active 2.

While testing it out, the person on the other end said they could hear me quite clearly, and I had no issues hearing them. 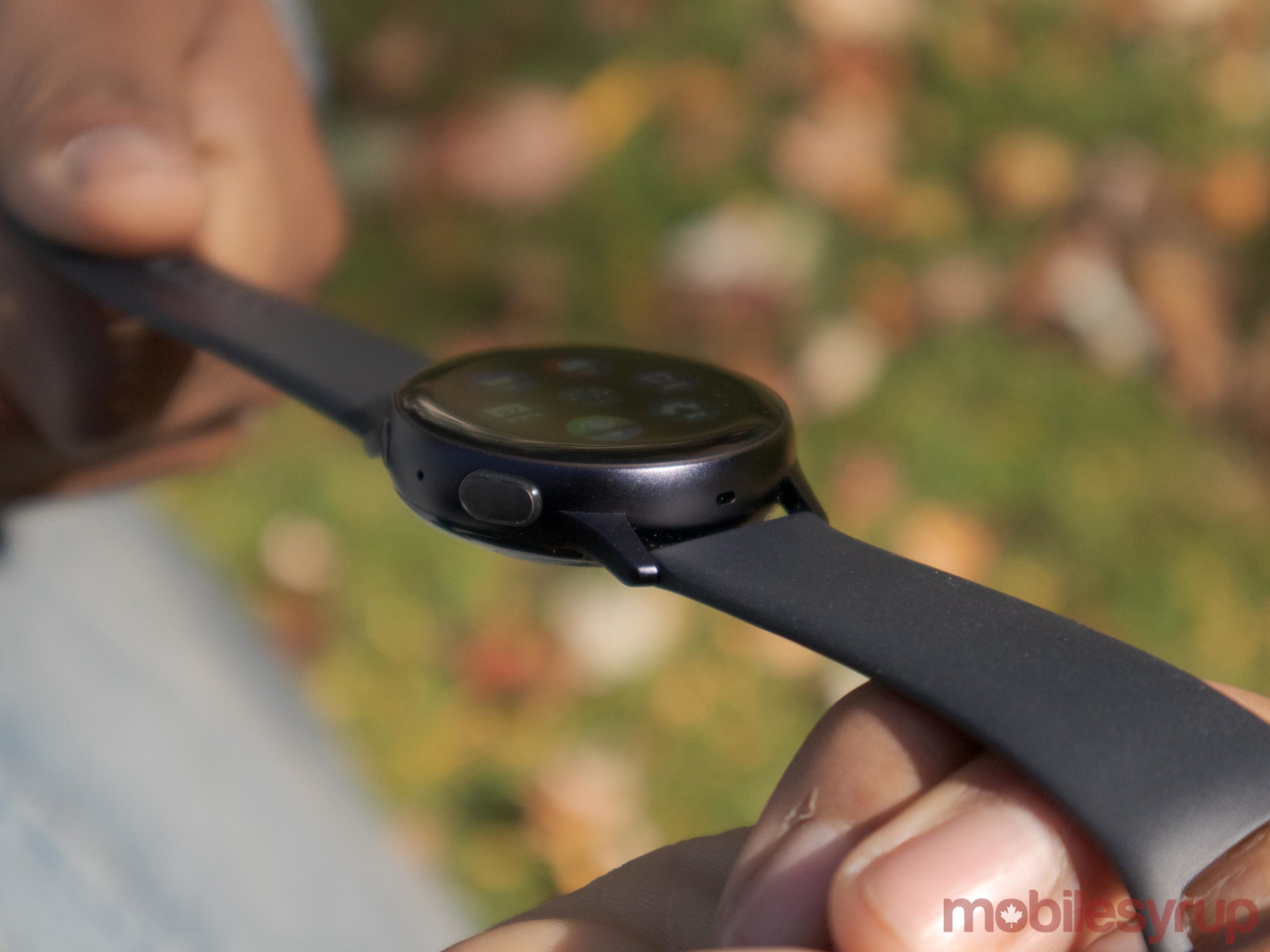 Otherwise, the watch looks about the same as the first Galaxy Watch Active.

It sports a 360 x 360-pixel resolution and weighs 26g, which is only slightly heavier than the Watch Active.

I thought the Watch Active was a perfect weight, and considering there’s only a 0.1-inch difference, I was happy with that as well. 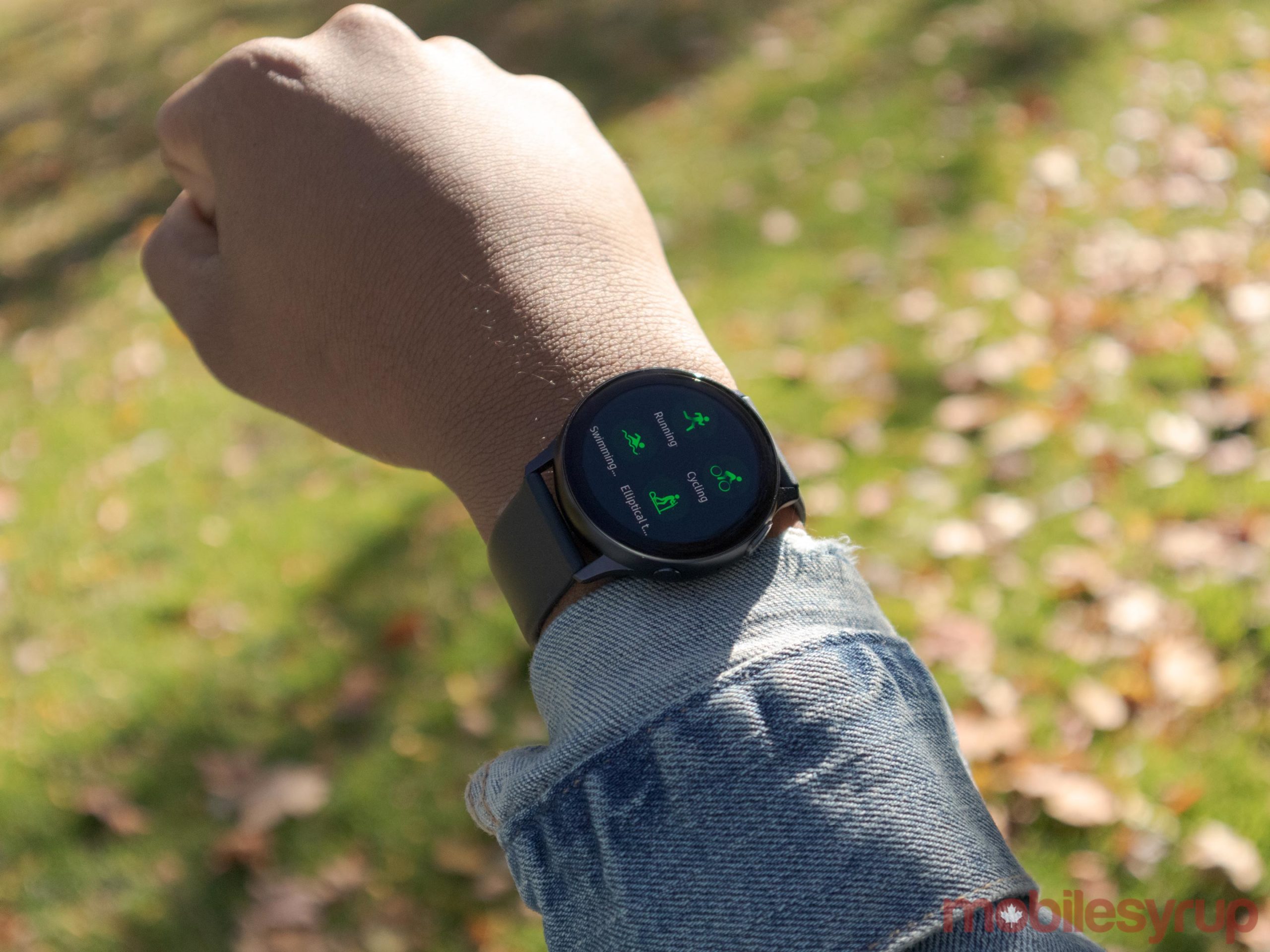 Over the last few months, I’ve started to go to the gym pretty often. I began to notice that the watch’s accuracy in terms of steps and distance didn’t always seem to match what the machines would say. I do believe it accurately monitored my heartbeat, which was great. Further, the Samsung Health app works well and allows users to track their health over time.

Sleep monitoring seemed spot-on, which is also what I found with the company’s previous watches.

A good choice for Samsung phones 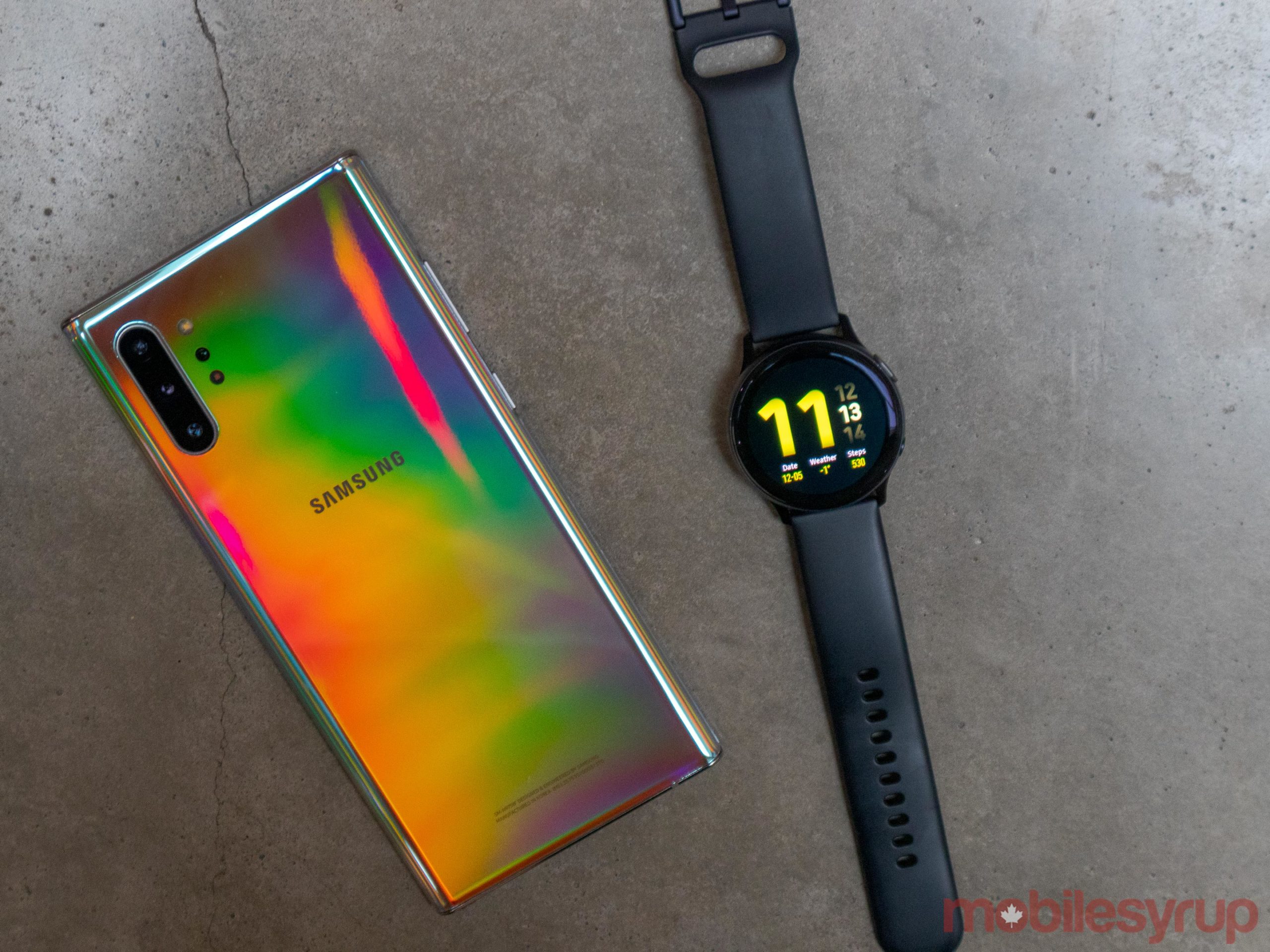 The Galaxy Watch Active 2 suffers from Tizen’s lack of apps, but I’ve never felt the need to download a variety of apps on my smartwatch. And what it lacks in apps, it makes up for with a ton of watch faces. Additionally, the smartwatch works best if you have a Samsung smartphone. It, unfortunately, requires non-Samsung users to download a few apps and agree to a bunch of permissions. Though I used the watch with the Pixel 4 on occasion and it was still a good experience. It’s difficult to say whether it’s the best smartwatch for Android users, but definitely the best for Samsung users.

Samsung’s Galaxy Watch Active 2 is excellent. I enjoyed my time with it, even though I’m not the biggest fan of smartwatches. I love that Samsung implemented the digital rotating bezel. It feels good to have my finger go around the display again — I definitely missed it.

Samsung’s Galaxy Watch Active 2 costs $399.99 CAD, which is pretty expensive but the cheapest Apple Watch Series 5 is comparably priced at $529.

Samsung’s One UI 2.5 rolls out to Galaxy S20 series