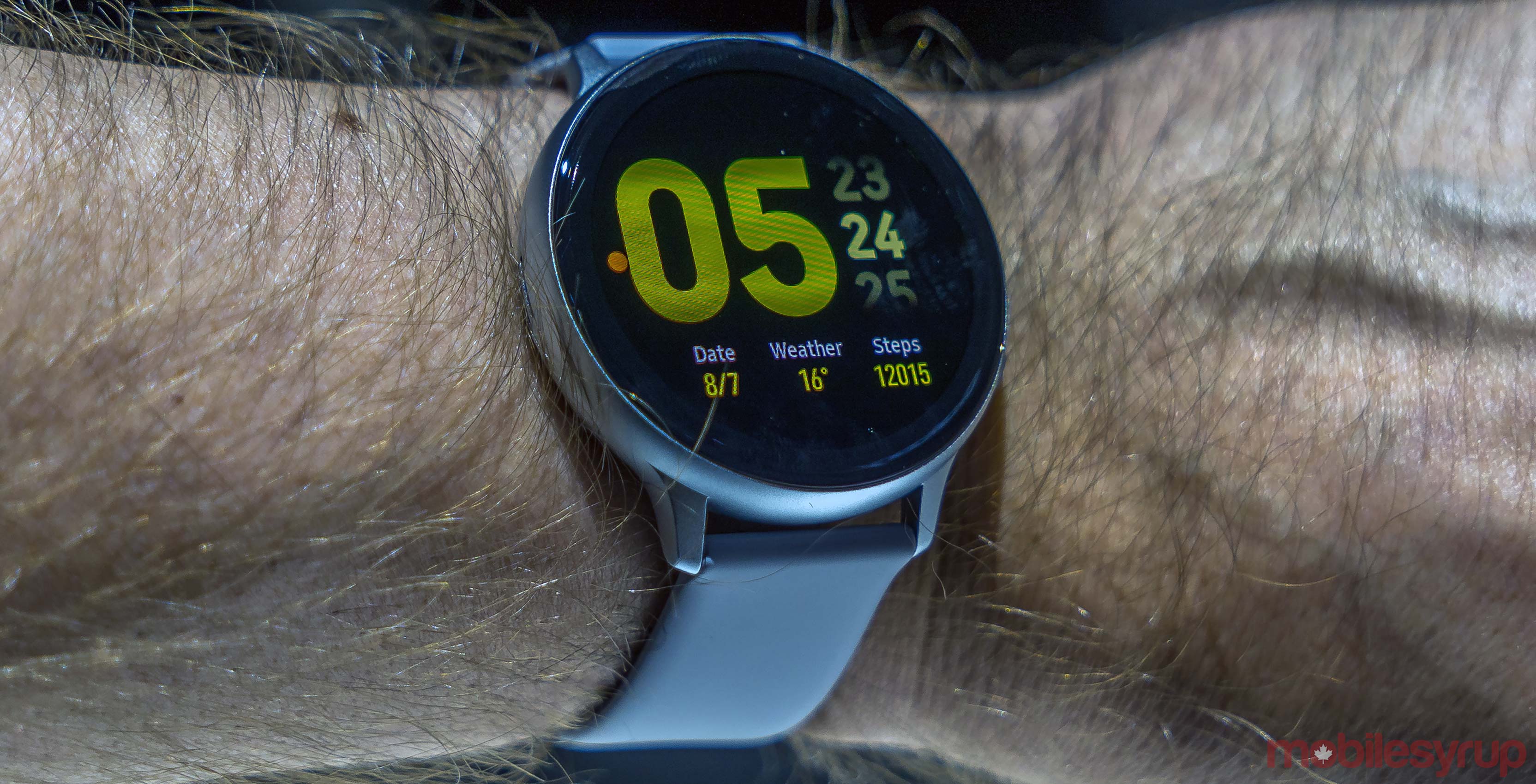 If there’s a company that stubbornly believes it has the chops to be a leader in the smartwatch space, it’s Samsung. That’s where the Galaxy Watch Active 2 comes in.

Given the similarities to its predecessor — which came out less than six months ago — it might be best to describe the Watch Active 2 as a corrective device. The iterations are supposed to address the things some, including me, felt were missing from the Galaxy Watch Active.

I got some hands-on time with both the 40mm and 44mm variants at Unpacked 2019 in New York, and came away optimistic about the new smartwatch. 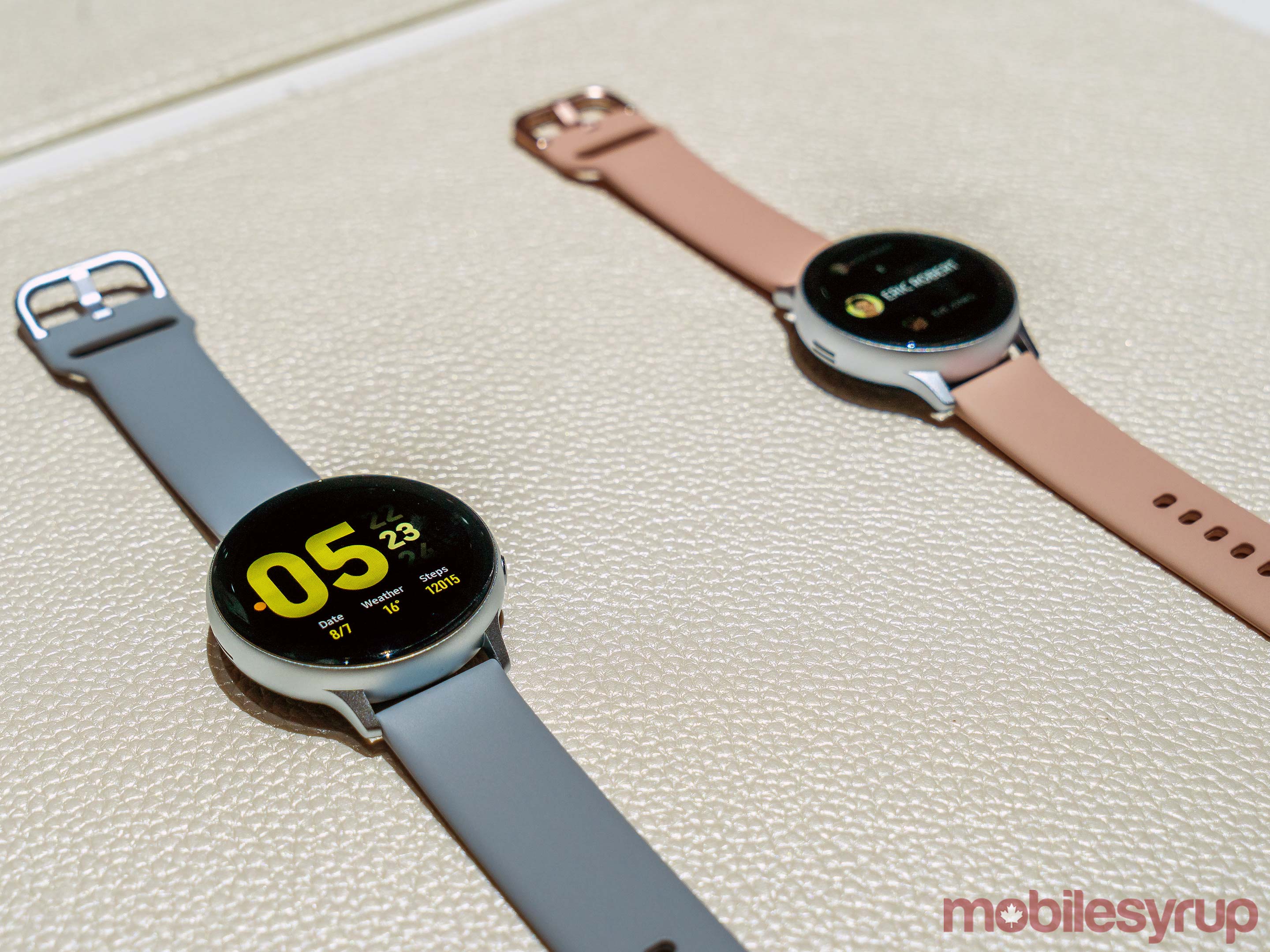 The Active line is like the thinnest child in a family. Since the Galaxy Watch itself last year, Samsung has tried to trim the fat as much as possible to reach an acceptable level of svelte. Part of doing that required going smaller, which is why the 40mm seems so appealing. The size of the watch itself is one thing, but the feel of its body is what might get more people who prefer smaller watches to give this a chance.

The 40mm size isn’t the surprise, though. It’s the 44mm that feels just as light and refined as the smaller one does. The aluminum and stainless steel bodies help make the watches look a little less like toys.

Smaller bezels make the watch face stand out more. Each features a 360 x 360 pixel resolution. The 40mm sports a 1.2-inch AMOLED display — a mere 0.1-inches larger than the previous model. The 44mm features a 1.4-inch AMOLED display. Gorilla Glass DX+ should keep the watches intact and protected in the long run.

There are bigger batteries in both models as well. The 40mm has a 247mAh battery, while the 44mm stands at 340mAh. 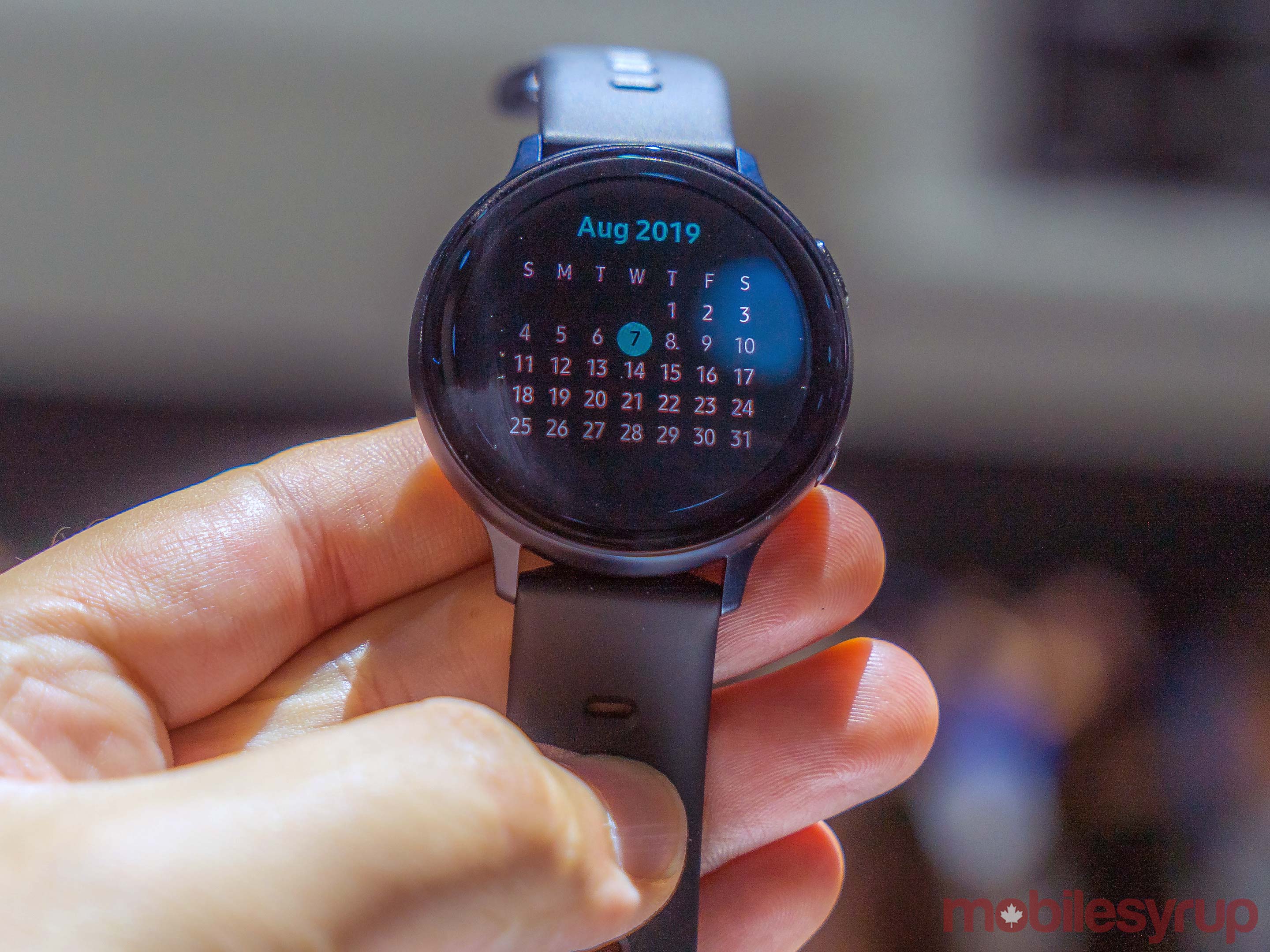 One of the cornerstones of Samsung’s watches has been the rotating bezel. Up to now, it was always mechanical — a hardware piece that added bulk to the overall frame. This time around, it’s touch-enabled.

Haptic feedback emulates the ‘click’ that punctuated every move clockwise or counter-clockwise with previous models. As I slid my finger around the bezel, the noticeable feedback gave me the impression that I was dealing with something responsive and timely.

But it is different. One thing that always stood out with the mechanical bezel was its penchant for accuracy. It became second nature to almost count the number of clicks without even noticing. It felt natural and made me swipe the screen far less.

In this case, it was like a hybrid. The touch bezel felt good going through the various screens, though I found it less integral when it came to the app launcher. That could change with greater use later on, but it was my initial impression.

What’s not clear is how well the feature will work with sweaty fingers or when in water. Moreover, I didn’t get a clear answer as to whether the touch bezel and haptic feedback impacted battery life. I can’t be sure without further testing, so it’s hard to say. In any case, this was a good move for Samsung to improve navigation on the watch. 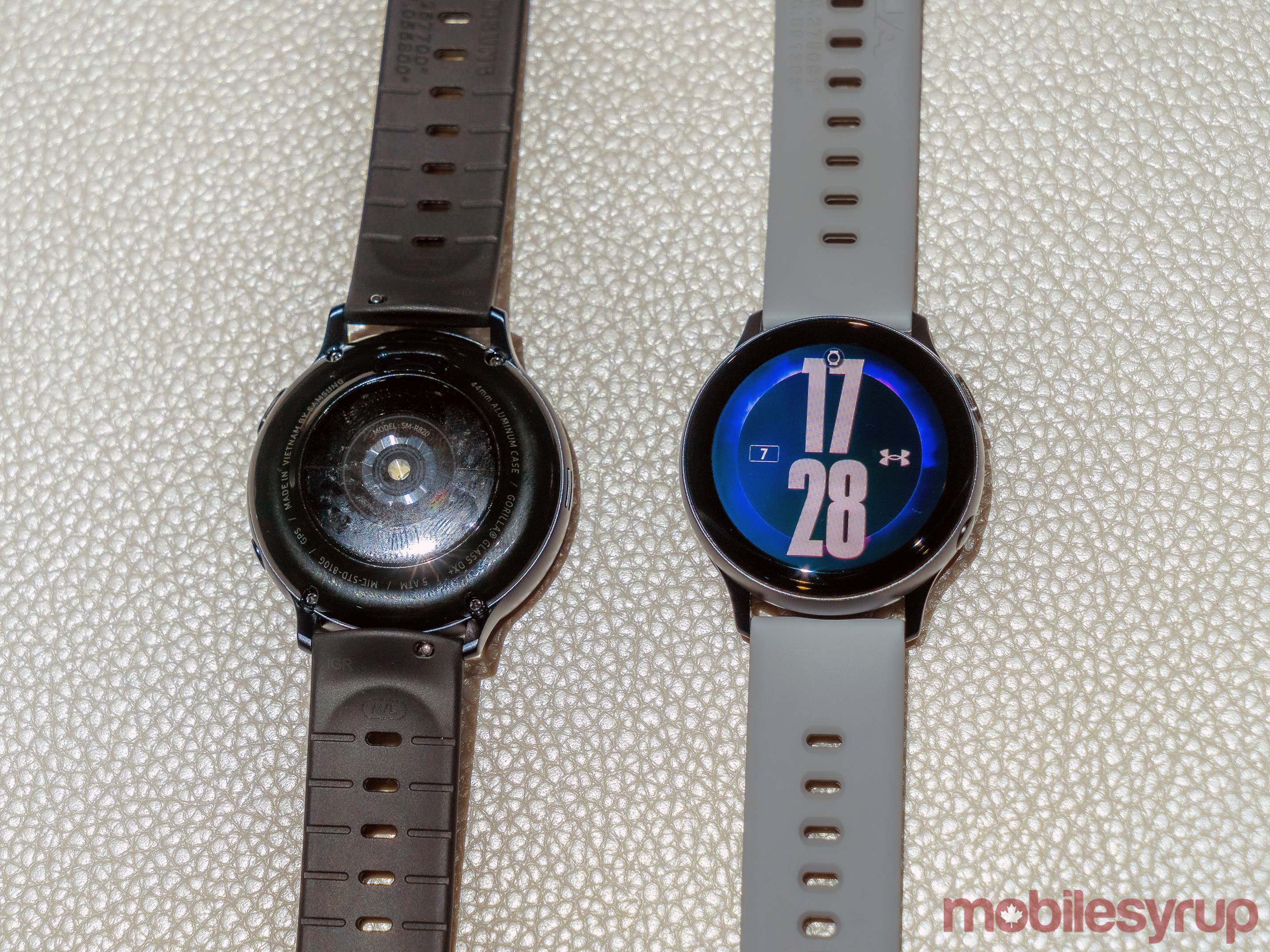 Despite all the similarities to the previous Watch Active, Samsung claims that tracking will be better with the Galaxy Watch Active 2. Engineers doubled the sensors for the heart rate monitor, which should, in theory, lead to faster and more accurate tracking.

Samsung also doubled the accelerometer’s g-force measurement, which also, in theory, should improve tracking accuracy in everything from active movement to sleep quality. Only time and testing will tell though, as I had no way of gleaning anything from that in the brief hands-on time I had with the smartwatch.

When I cycled through the exercise list, I saw nothing that looked different. It appears Samsung is not only going with the same layout, but also the same exercises and settings. The onboard coaching is still mostly limited to a few exercises.

What about the apps? 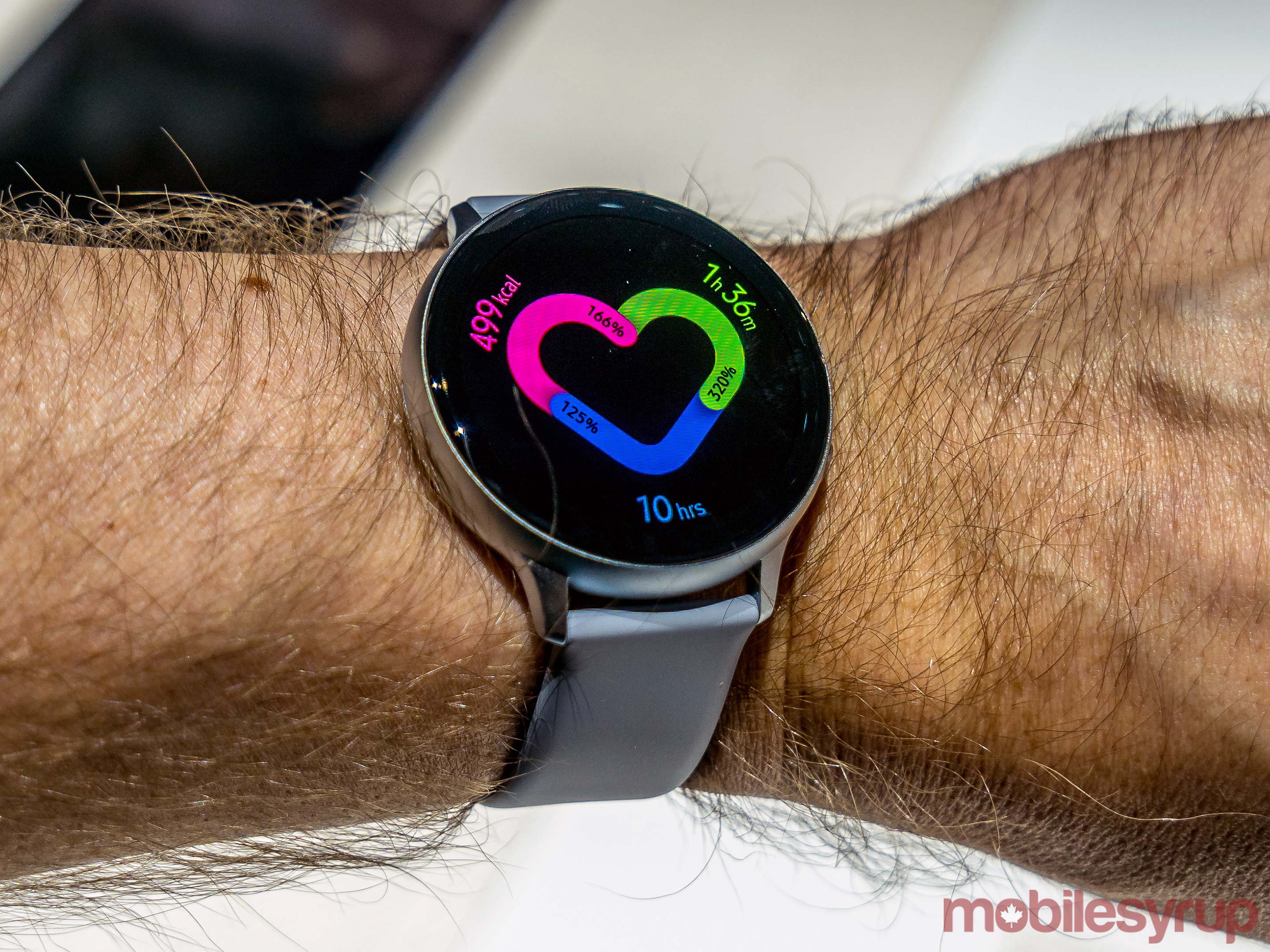 Running Tizen may be one reason third-party developers are steering clear of Samsung’s watches. Samsung reps wouldn’t delve into anything related to how that part of the equation is going, though the company did say that a few new additions are coming.

Samsung announced that Twitter and YouTube will be part of the latest app integrations. With Twitter, wearers will be able to tweet, retweet and like other tweets. Regarding YouTube, only trending videos will appear, and you can view them on the watch itself. I’m skeptical about viewing a video on such a small display, but it’s not the craziest thing to add. I never saw a demo of it at the event, so can’t say much about it.

Samsung is also adding Google Translate, which will require a connection, either by Wi-Fi or LTE. The feature works much like the app does on a phone, though again, the demo area couldn’t really show it in action. It was too loud and connectivity was terrible.

My Style isn’t a third-party integration, but it is an attempt at personalizing the watch. Basically, snapping a selfie will bring up five watch faces based on what you’re wearing. If it’s a colour or pattern, watch faces will cover that, and Samsung says you can choose which part of your clothing to focus on to create a face after that.

It remains to be seen what Samsung will do to try and curry more favour from other developers. While Tizen now feels much more polished than before, the lack of app availability is a nagging issue. 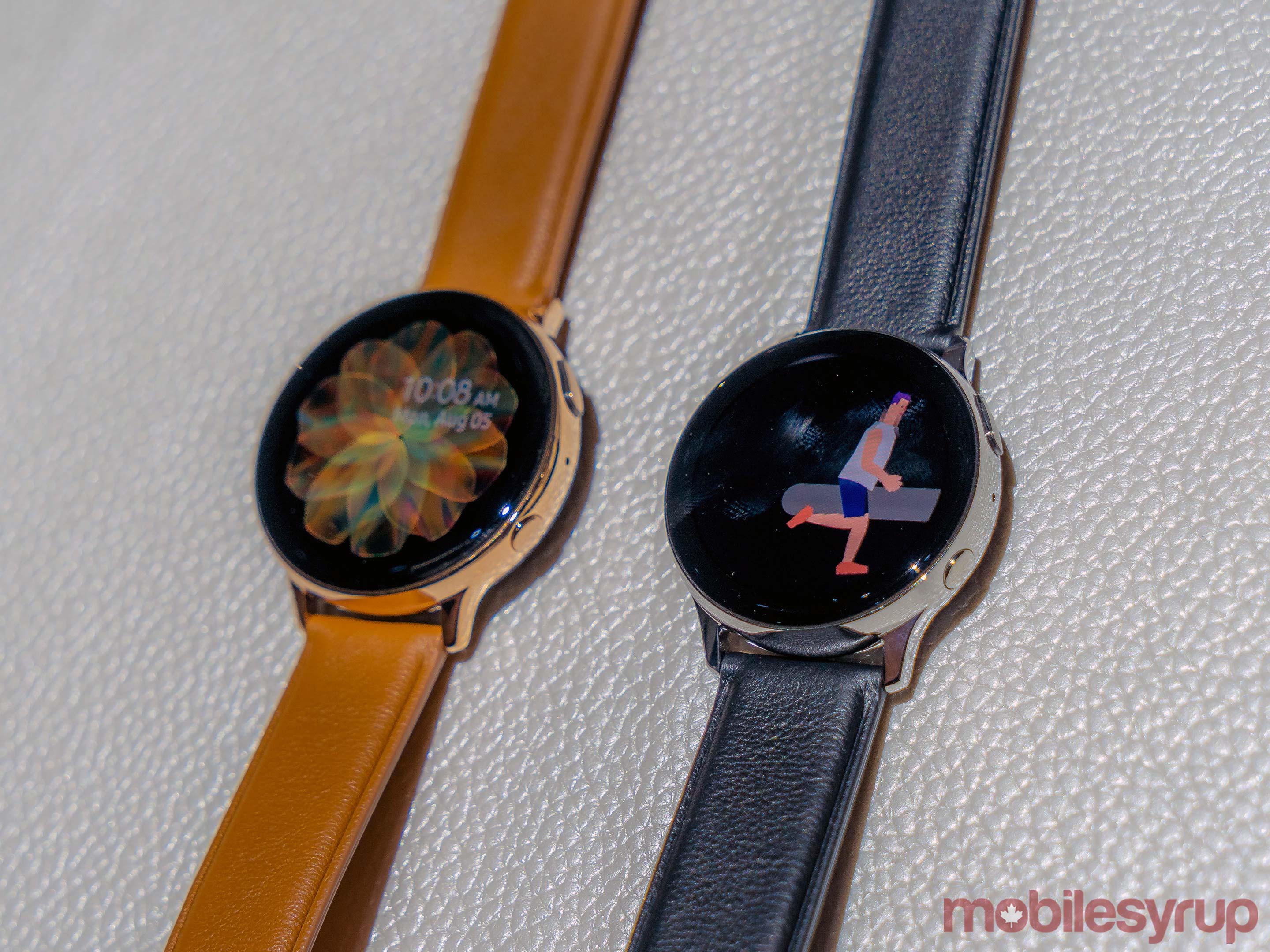 The Galaxy Watch Active 2 will be available for pre-order starting August 21st online from Samsung and major retailers. Brick and mortar stores, including Samsung Experience locations, will also carry both variants. Pricing is currently set at $369.99 CAD.

From August 21st until September 24th, pre-ordering a Galaxy Watch Active 2 will also include a bonus wireless battery pack. The LTE version will be available in October, though pricing hasn’t been confirmed yet.

For a hands-on look at Samsung’s new Galaxy Note 10 and Note 10+, follow this link.