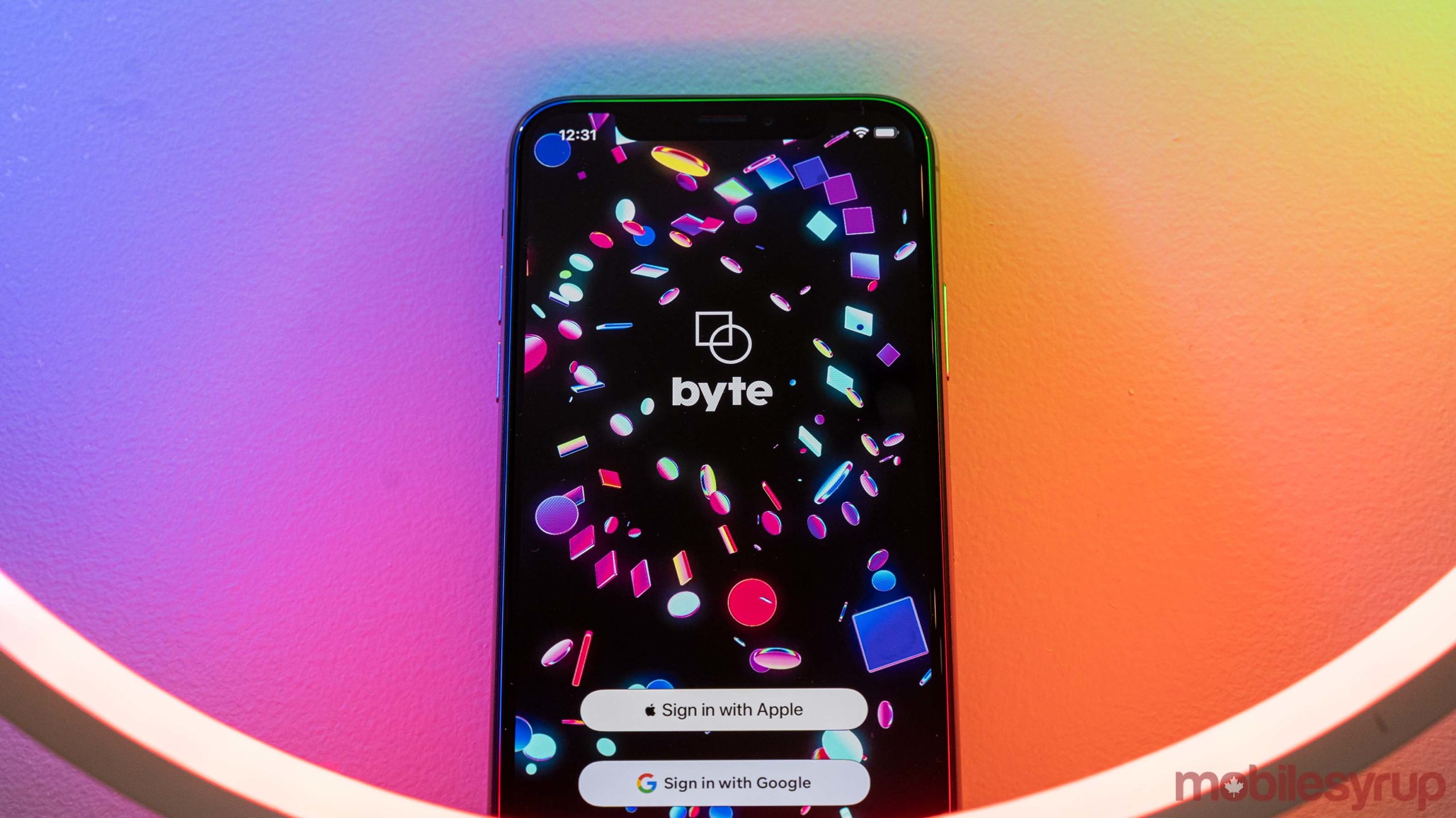 Called Byte, the new short-form creative video platform is available for free on both platforms’ app stores. It comes from Vine co-creator Dom Hofmann, who’s been working on it since he quit Vine after Twitter acquired it. The Verge notes that Hofmann last provided an official update about the app’s launch in November 2018, but has only posted updates on Byte’s community forum since.

Before gaining the Byte branding in 2018, the project was called V2. Hofmann came up with the name in 2015 when designing a creative and social app similar to Vine, but with a focus on creating custom soundtracks to play over images and GIFs. That platform was short-lived and Hofmann later reused the branding as the official name for V2.

The new name isn’t to be confused with Bytedance, the Beijing-based maker of TikTok, itself a short-form video platform that seems to have picked up where Vine left off. It’s become incredibly popular, especially with teenagers after previous teen-oriented platforms like Instagram and Snapchat became more ad-friendly. 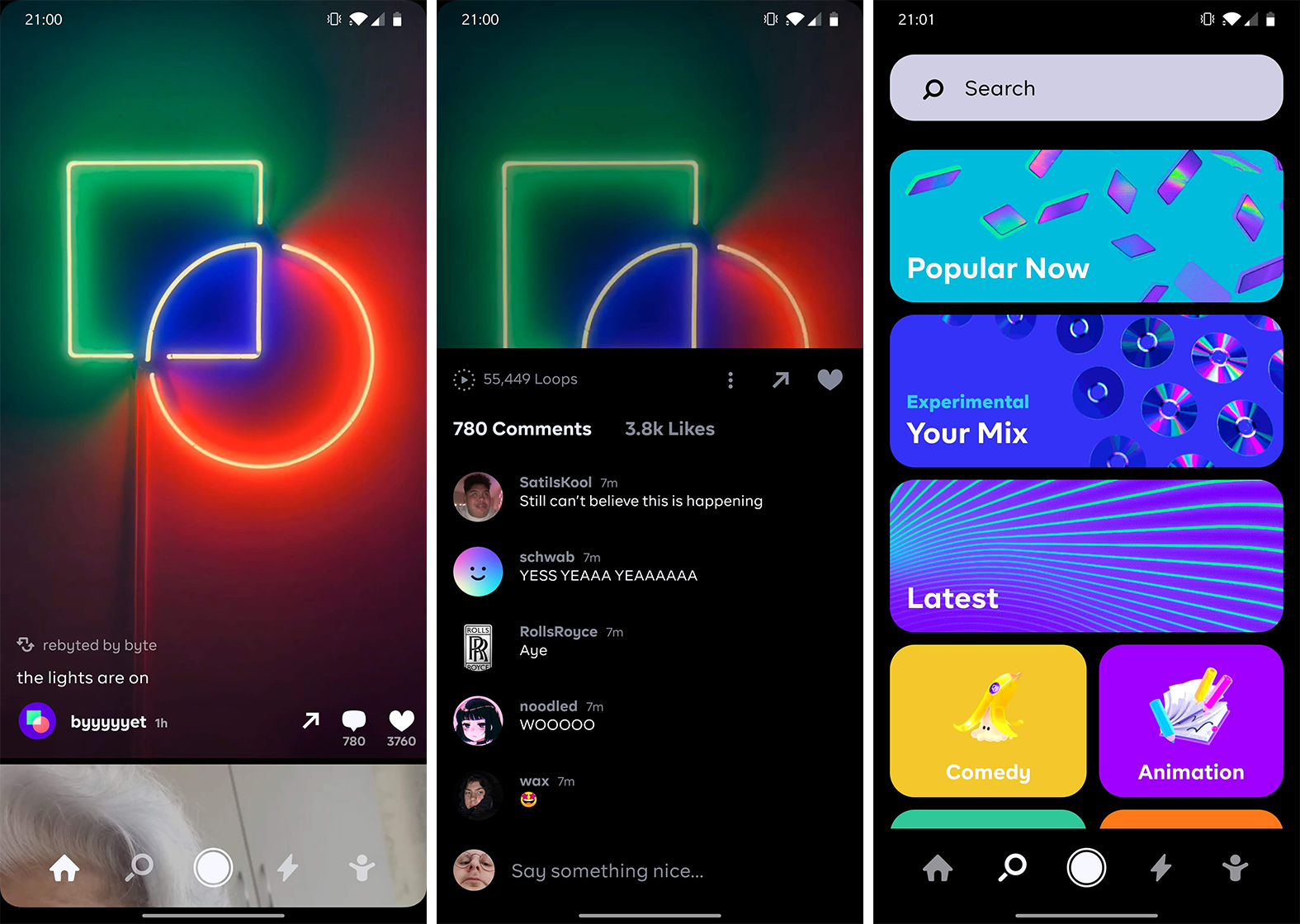 Long-time fans of Vine may rejoice at the launch of Byte, which seems to resurrect the spirit of the beloved short-form video platform, which Twitter shut down just four years after the acquisition. However, it may be too little and too late. TikTok’s incredible popularity could be difficult to overcome.

A significant and immediate problem for Byte will be recycled content. Already in my brief time playing with Byte I’ve seen several TikTok videos reposted to the platform, and even more videos (bytes?) bemoaning the recycled content and pleading with new users not to post their TikToks.

It’s an interesting problem to have. On the one hand, recycled content is a staple of social media now. Scroll through an Instagram or Facebook feed and you’re bound to see tweets, TikToks and posts from other social sites reposted to the platform you’re using, and vice versa.

On the other hand, if Byte just becomes another place to post TikTok videos, users may be hard-pressed to justify keeping the app when they could just use TikTok instead. And that’s not even considering potential competitors from Facebook and Instagram, which could perpetuate the problem and squeeze out less established platforms with their sheer size.

Focus on creators could be a key differentiator

For now, Byte’s core message seems to be about creators. The website prominently features the slogan “creativity first.” Further, Hofmann spoke to TechCrunch about plans to introduce a method for creators to monetize their content on Byte.

Essentially, Hofmann intends to introduce advertising to Byte and will use that to offer monetization options to creators “starting with a revenue share [plus] supplementing with our own funds.” Hofmann is also looking at tipping and other options. Hofmann indicated Byte was considering those options as well and that Byte would soon launch a pilot of its partner program.

It’s not clear exactly how it would work, but tweets from the official Byte account back up the idea that the platform wants to compensate creators.

Creators can already head to Byte’s website and fill out a form to join the platform’s creator program. It’s open to everyone and Byte will use it to connect with creators about creator-specific topics and get feedback.

That focus on creators could make Byte a more enticing platform, but it remains to be seen if it can rise above the noise.