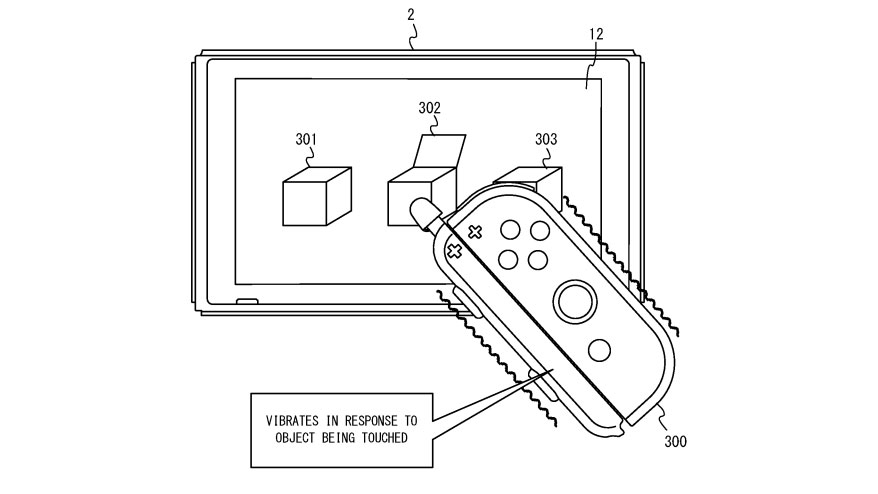 Nintendo has filed a patent for a Joy-Con stylus attachment.

The patent, initially published on January 11th, 2020, features what looks like a standard Joy-Con that includes a pen-like stylus on the top of the controller.

The accessory slides into the Joy-Con similar to the current ‘Shoulder Button’ attachment. The patent also indicates that the Joy-Con will vibrate when objects are touched on the screen, as well as outlines how the stylus is capable of drawing lines on the display. The standard lines created by the stylus seem to be thin, but can be thicker when the ‘X’ button on the Joy-Con has been pressed.

The patent was first filed back in June 2019, roughly around the same time that Nintendo released an external Switch stylus for titles like Super Mario Maker. The stylus was filed in the United Kingdom, specifically. In a statement to MobileSyrup, Nintendo said that it has “nothing to announce” regarding the stylus making its way to Canada.

While it’s unclear what games this Switch Joy-Con stylus would be compatible with, attaching the accessory directly to the Switch’s gamepad makes it far more interesting. Perhaps Nintendo has plans to release a reimagining of the iconic Mario Paint franchise in the future?

As always, it’s important to keep in mind that a patent filing doesn’t mean this Joy-Con stylus will ever be released to consumers.

Dell has the Nintendo Switch’s Joy-Con controllers on sale