Google Stadia will launch in Canada on November 19 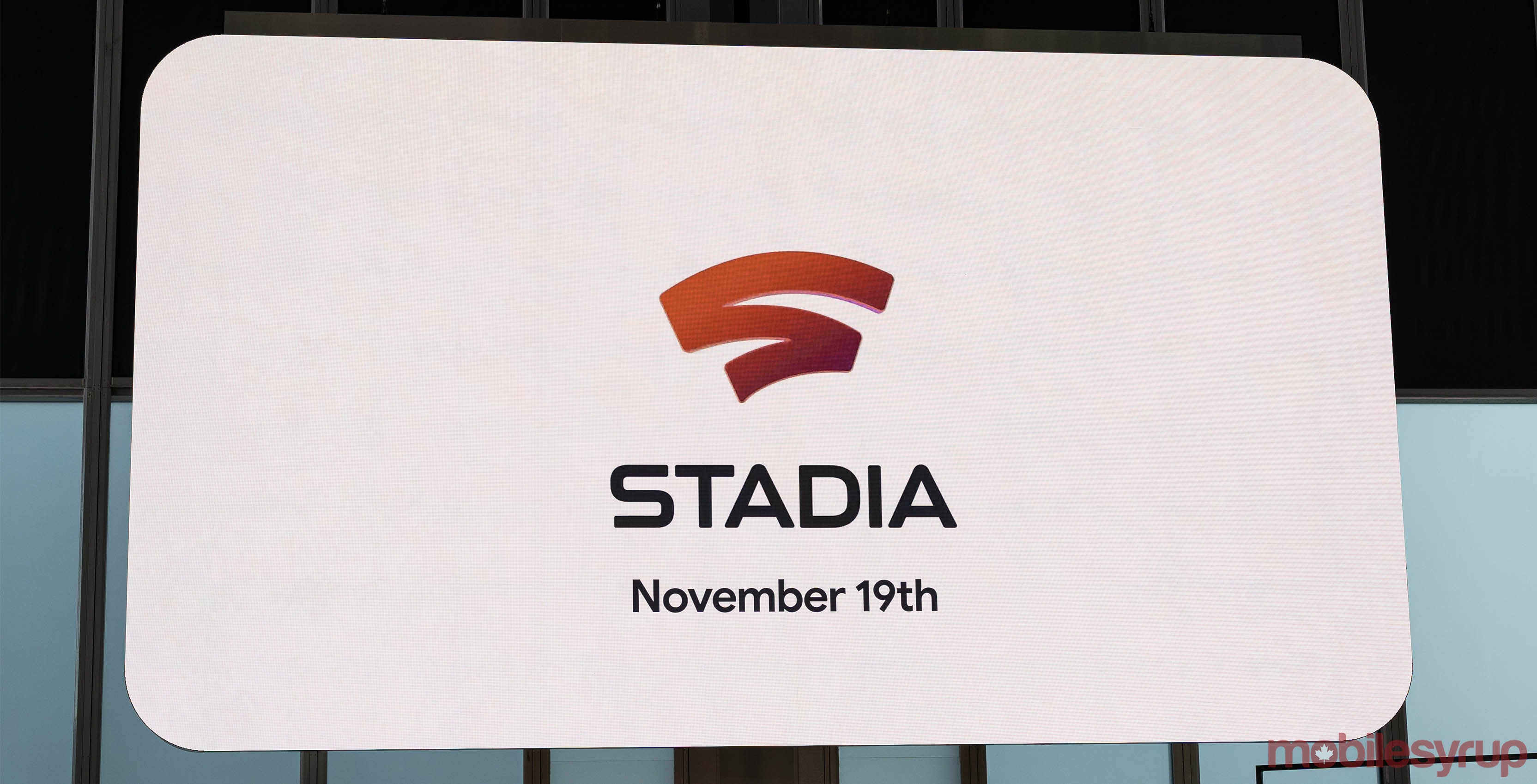 Google has announced that its Stadia game streaming service will launch on November 19th in Canada and thirteen other countries.

The tech giant had previously only confirmed a general November release window for Stadia.

Need a quick guide on what exactly Stadia is? We got you covered. Become an expert in all things Stadia just in time for launch. pic.twitter.com/iwbCQiJ0CH

Google confirmed the launch date during its fall hardware ‘Made by Google’ event. However, no other new information about Stadia was revealed during the presentation.

Stadia will feature dozens of games that can be streamed to Chromebooks, TVs, through Chromecast and more. Some of the launch day games include Destiny 2, Assassin’s Creed Odyssey, Doom, Metro Exodus, Shadow of the Tomb Raider and more. Future titles, meanwhile, include Marvel’s Avengers, Cyberpunk 2077, Watch Dogs: Legion and more.

At launch, the only way to play Stadia will be the $169.99 CAD Founder’s Edition, which includes a Stadia controller, Chromecast Ultra, three months of the 4K/60fps-supported Stadia Pro subscription and more.

The Founder’s Edition has sold out in some countries but is still available in Canada on the Google Store. In a blog post, Google confirmed that Founder’s Edition owners will be able to start playing on November 19th at 9am PT/12pm ET.

Stadia Pro will otherwise cost $11.99/month and offer discounts and some free games, although most will need to be purchased individually.

Alternatively, Google will launch a base Stadia subscription in 2020 that requires users to buy all games à la carte. This Stadia tier will support 1080p streaming at up to 60fps.

MobileSyrup will have more on Stadia in the coming weeks.