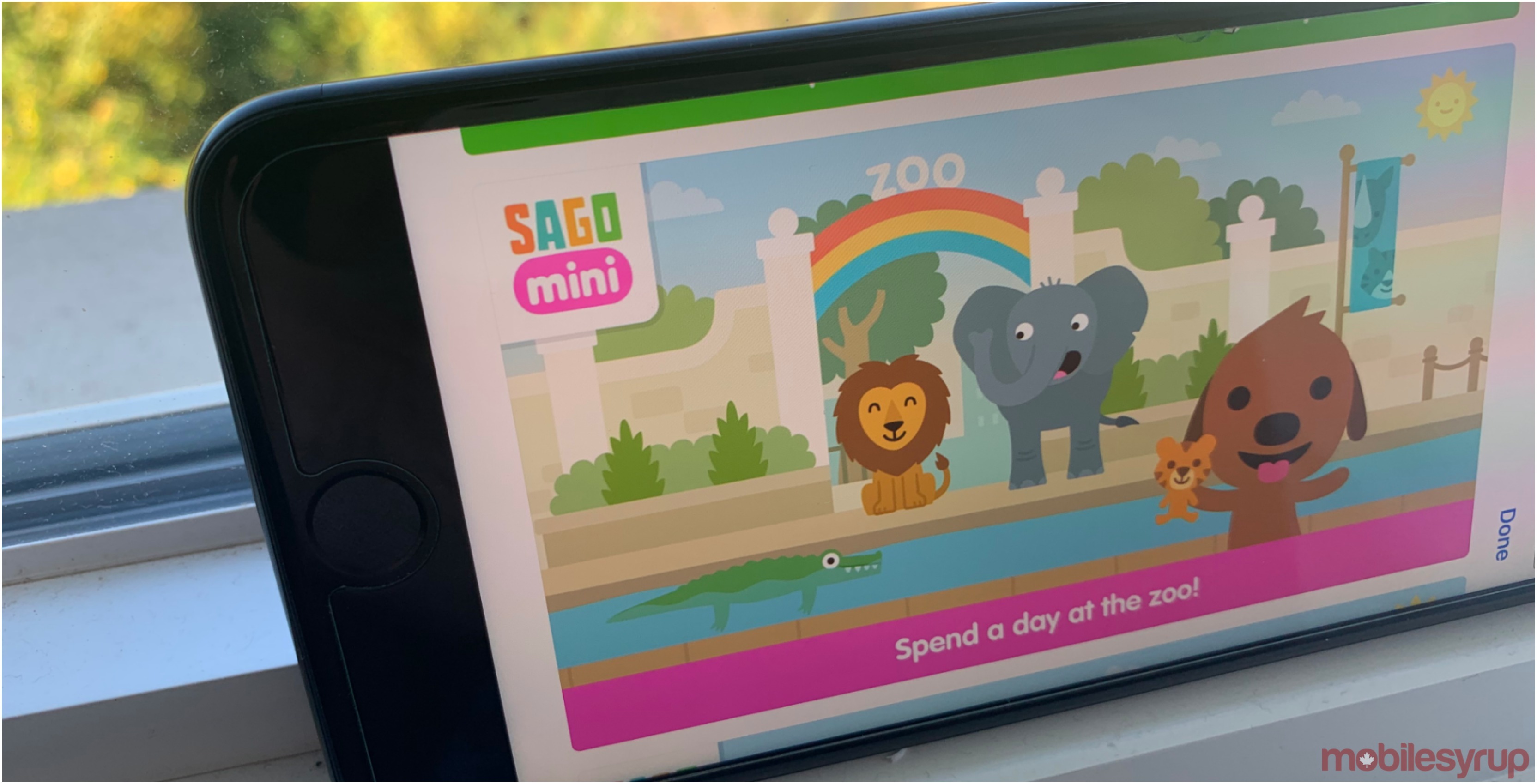 October 11th is International Day of the Girl Child, declared by the United Nations, as a day to encourage girls to pursue dreams, uplift their self-esteem and celebrate their talents.

The company creates apps that are devoted to educational play. Sago Mini’s main mission is to “inspire the next generation of creative thinkers with beautifully crafted play,” said Teena Saur, the company’s head of brand and marketing, during a recent interview with MobileSyrup.

“At the heart of that is a belief that kids learn best through play. We are committed to building apps that are creative and foster open-ended play that are thoughtful, innovative, and high-quality,” she said. Saur added that Sago Mini’s games don’t have rewards, third-party ads and right or wrong answers — they just encourage independent play.

Most importantly, Saur said the Sago Mini games are gender-neutral.

She said that in terms of marketing, the company often uses children that are not easily identifiable as either boy or girl.

“We want to build on the child’s natural skill. Kids have an innate sense of wonder and curiosity, and we want to help foster that and build on it,” said Saur. “So our games are interactive. There are fairytale games, a road trip game, a monster making game. We have different buckets of games.”

Saur said that inclusivity is essential to the company and that at the end of the day, there are still huge strides to be made to bridge the gender parity gap.

“Even in the tech sector, there are still strides to be made in terms of women in tech. The more we can encourage kids to be on screen, and in particular girls, to embrace and see it as a tool to learn, the more they can get comfortable with the wonderful things you can learn,” she said.

“I think it’s the only way we will make progress. And the movement, the Day of the Girl, is celebrating or a move towards gender justice and building awareness around that.”

Saur said that the company wants parents and their children to play games, and for children to “think beyond their identity in the more traditional mark.”

“More than gender norms and looking beyond it. We still have to have this day because in some countries it’s not the reality,” she said, adding that the company’s goal is for children to realize their full potential.

Road to WWDC: Toronto-based Sago Mini has carved out a niche in the crowded App Store