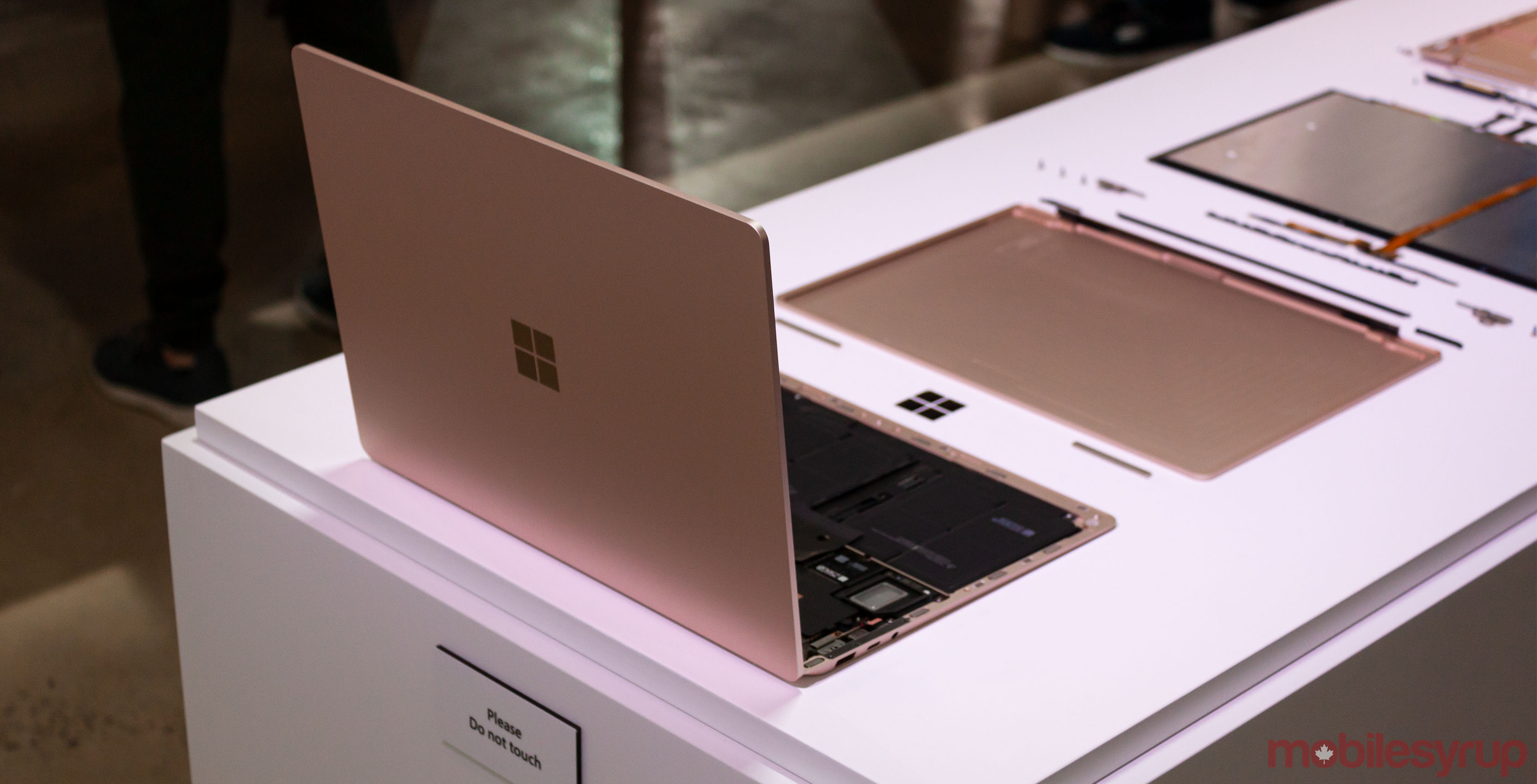 One of the standout new features of Microsoft’s recently announced Surface Pro X, Pro 7 and Laptop 3 is improved repairability.

Panos Panay, the company’s chief product officer, made a big show of this at the event when he removed the top plate of the Surface Laptop 3 on stage.

However, the change isn’t all it’s made out to be. The only part of the new Surfaces that you can upgrade is the SSD and, really, you’re not even supposed to do that.

Panay stressed on stage that customers shouldn’t try opening their laptops at home. Instead, it should be left for the professionals.

Despite that, people will likely attempt to open their new Surface devices and try to swap parts themselves. With the Laptop 3, the key lies hidden beneath the rubber feet on the bottom of the device. Beneath the feet are screws that hold the top plate in place. With those out of the way, you can remove it.

The top plate is actually reusable now. With the previous Surface Laptop 2, Microsoft technicians had to throw out the top plate when servicing a computer. That’s no longer the case.

However, for those brave enough to try opening the Laptop 3, there isn’t much you can do inside. Microsoft told The Verge that the RAM in the Surface Laptop 3 isn’t replaceable or upgradeable at all.

Microsoft’s last laptop was the ‘worst’ to disassemble

Interestingly, iFixit CEO Kyle Wiens told The Verge that the Surface Laptop 2 was “flat out the worst laptop [they’ve] ever disassembled.” Microsoft is making a big step forward here and seems to be mocking Apple to a degree. The Cupertino-based company has always been stringent with its devices and makes it difficult to upgrade or repair its products by yourself.

One such product is the iPad, which doesn’t allow customers to upgrade the memory. The Surface Pro X, in comparison, does allow users to increase the size of the SSD — if they can find one that works.

On the back of the Pro X is a small panel that you can open with a SIM ejector tool. Inside is an M.2 2230 SSD, which is a smaller variant compared to most M.2 SSDs. It can be incredibly difficult to find — The Verge says it isn’t on Amazon or Newegg and my own search proved fruitless as well. If you do find one, you’ll also need a Torx screwdriver to remove the old SSD and add the new one.

All this is to say that Microsoft has taken a few steps forward with servicing and repairing its products, but hasn’t come close to manufacturers like Dell. The new XPS 15 allows users to swap the RAM, SSD, battery and more by opening the bottom panel.