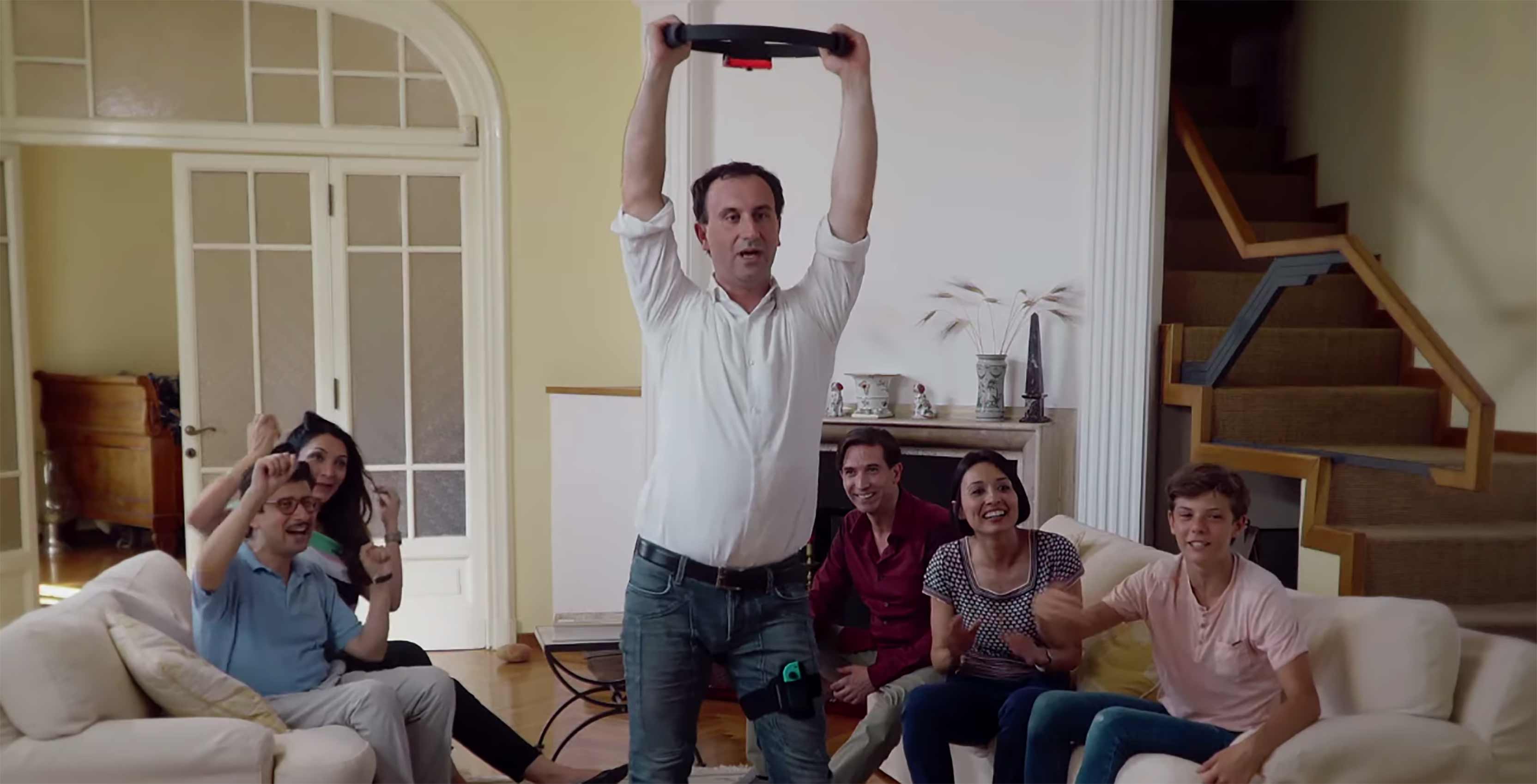 Nintendo has revealed a teaser video for a strange Switch peripheral that it says will offer some sort of “new experience.”

In the video, families across the world can be seen playing with a steering wheel-shaped accessory that fits Joy-Cons. Accompanying the wheel is some sort of strap that goes around the user’s leg and can also store a Joy-Con.

Because the footage only shows the users and no screens, it’s unclear what sort of experiences they’re actually playing. Based on the various movements they’re making, it’s possible that this accessory offers physical activity-based games.

The Nintendo Wii was popular, in no small part, due to its motion-controlled experiences offered in games like Wii Sports and Wii Fit. This new Switch peripheral seems to be an evolution of that.

However, further details are unknown at this time. For now, Nintendo says it will reveal more on September 12th.

This trailer for the new Nintendo controller straight up looks like the sequel to "Hereditary" pic.twitter.com/vXQsfMHWVK

What I expected: Switch Pro.

What I got: Whatever the hell this is

What do you think this accessory is? Let us know in the comments.