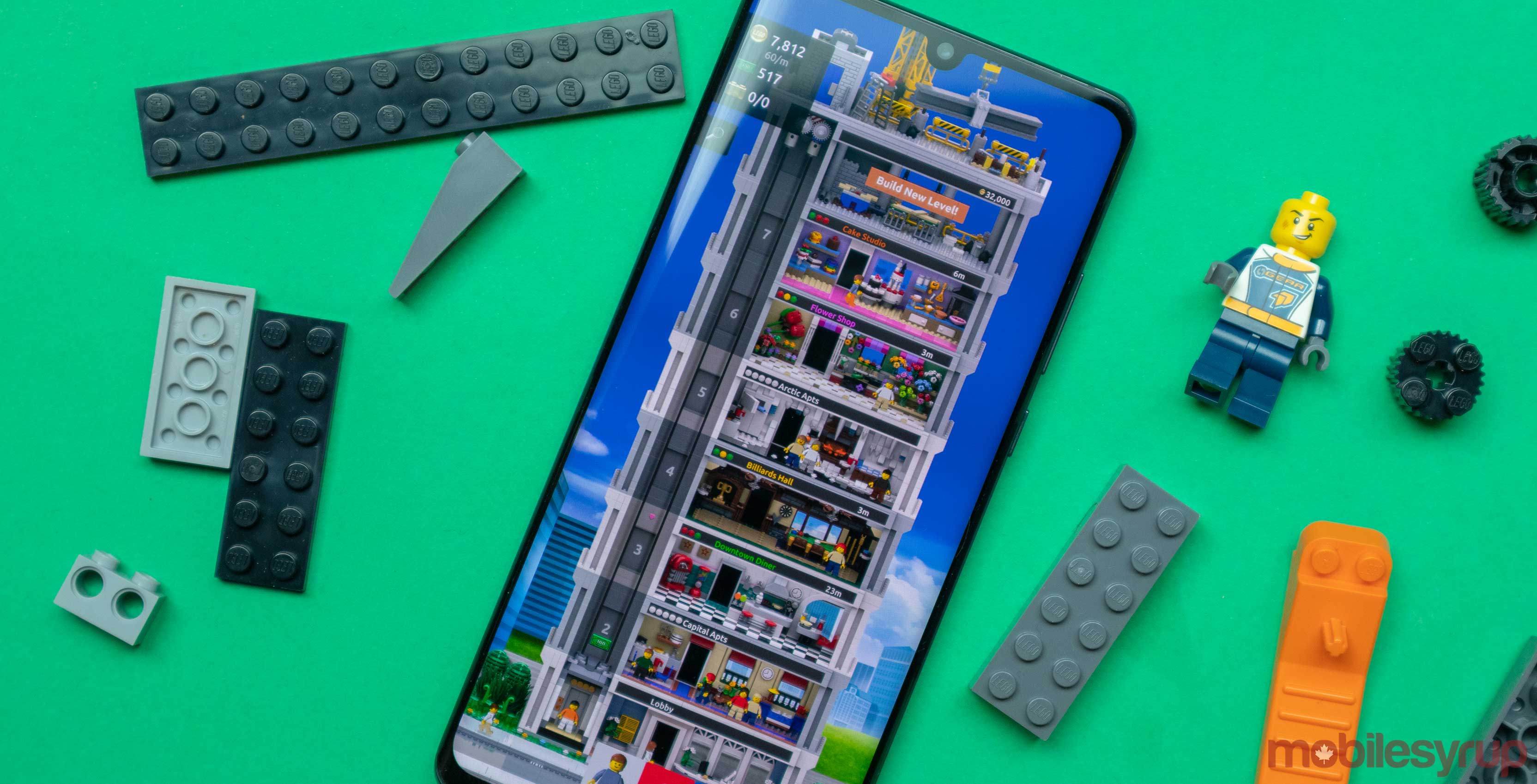 Lego Tower is a new game from NimbleBit that takes the tried and true formula of Tiny Tower and slaps a Lego-inspired coat of paint on it.

I’ve been a fan of Tiny Tower since the first game in the series came out in 2011, so when I heard that a Lego version was about to drop, I knew it would be worth checking out.

The game does a fantastic job of making everything in your tower look like its made out of Lego and features fun creative touches as well. 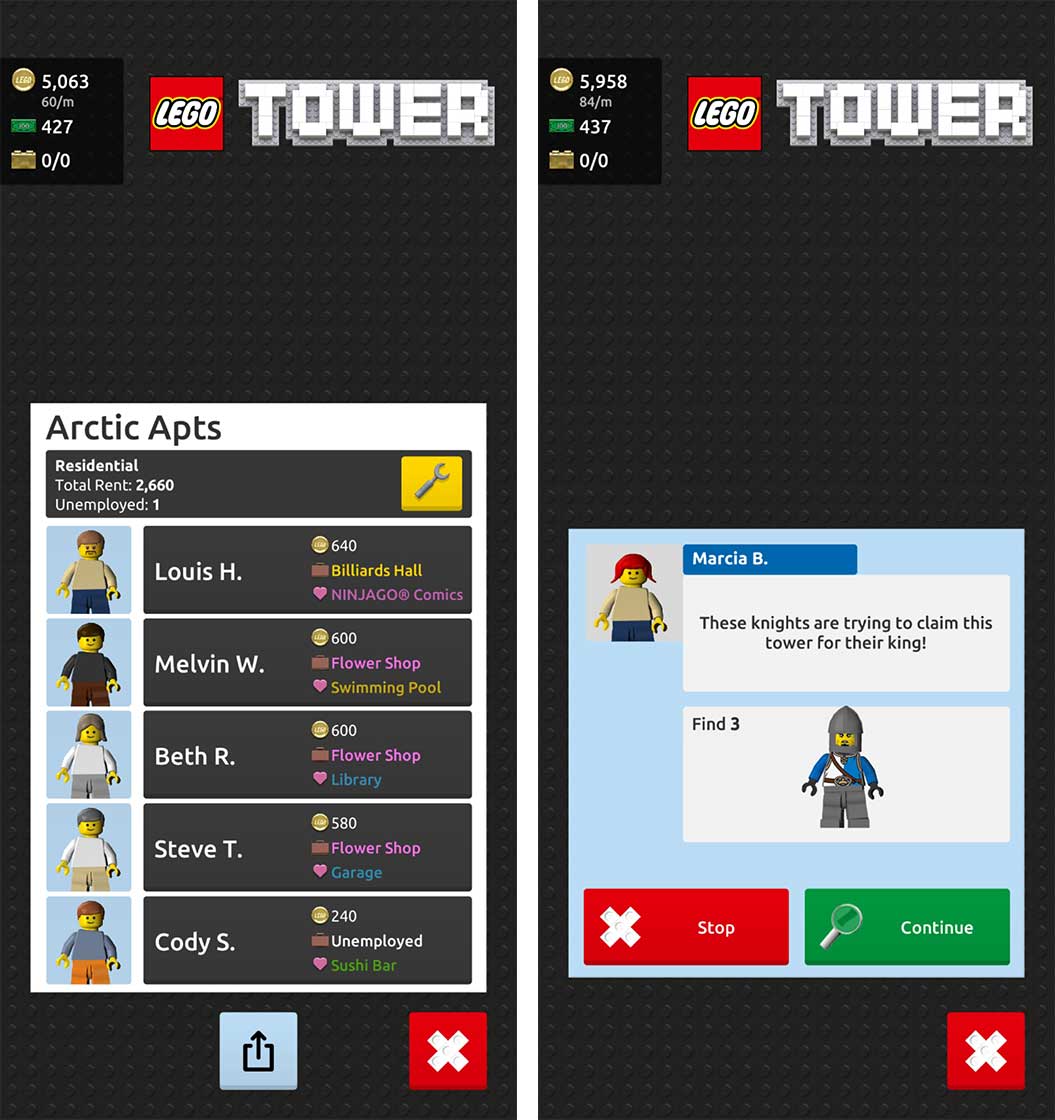 The game plays pretty much just like Tiny Tower. You build a tower floor by floor and then manage it to earn money to continue to make more floors. Each time you add a level, it costs more than the previous one. You need to balance the number of businesses and residential apartments as well as make sure you always have enough workers to manage your tower.

This is all somewhat automated with the player only needing to restock items every few minutes or hours.

You can also play more actively by delivering random Lego figures up the elevator to the floor they want to go to for extra cash, or finding semi-hidden items every once in a while.

Sometimes, when you’re playing, a unique character appears in the elevator. This could be a construction worker that builds a new floor instantly or a real estate agent that fills a residential level with new tenants. 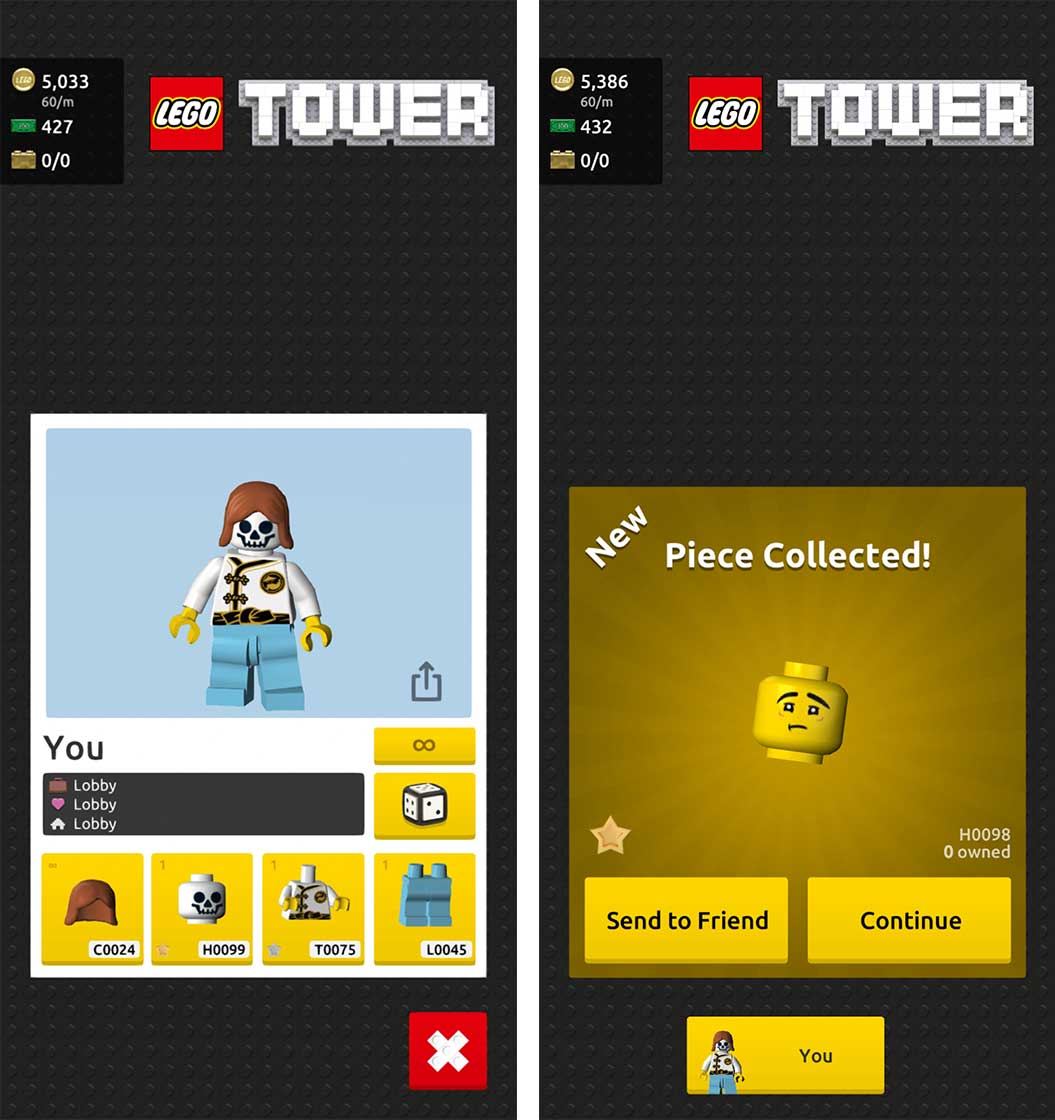 Since all the characters in the game are Lego figures you can also customize them. The more you play, the more you’re rewarded with new character pieces to build Minifigs. It takes time to build up new pieces without microtransactions, but it’s still a fun element of the game.

Each character also has a dream job, and if you can make their dream come true, then they’ll make you more money.

The jobs and residential units in your tower are really cool, and some of them are based on real-life Lego sets. For example, my ‘Flower Shop’ is based on the Lego Assembly Square kit. 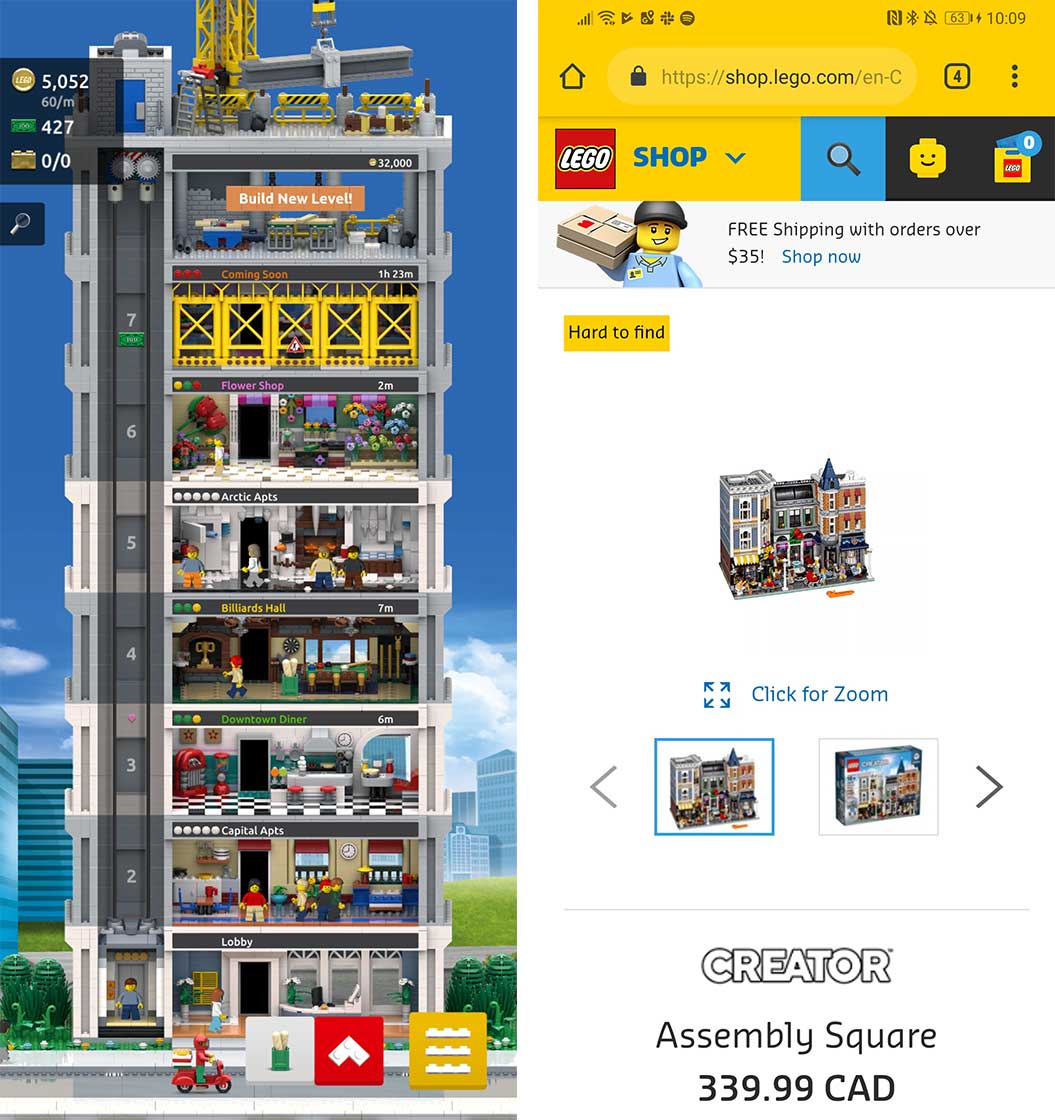 Overall, I’m pretty happy with the game, but it’s a bit annoying how often you click on something just to find out it’s going to take you forever to get, or you’re going to need to spend money on it. There are two forms of payment in the game: ‘Coins’ and ‘Bux.’

You can play through the game without spending money, but it will be a much slower and less customizable experience.

Still, I love Lego and Tiny Tower games, so it’s been hard not to fall head over heels for Lego Tower. I have a feeling that I’m going to keep playing the one for a while.

The game is free to download on both iOS and Android.