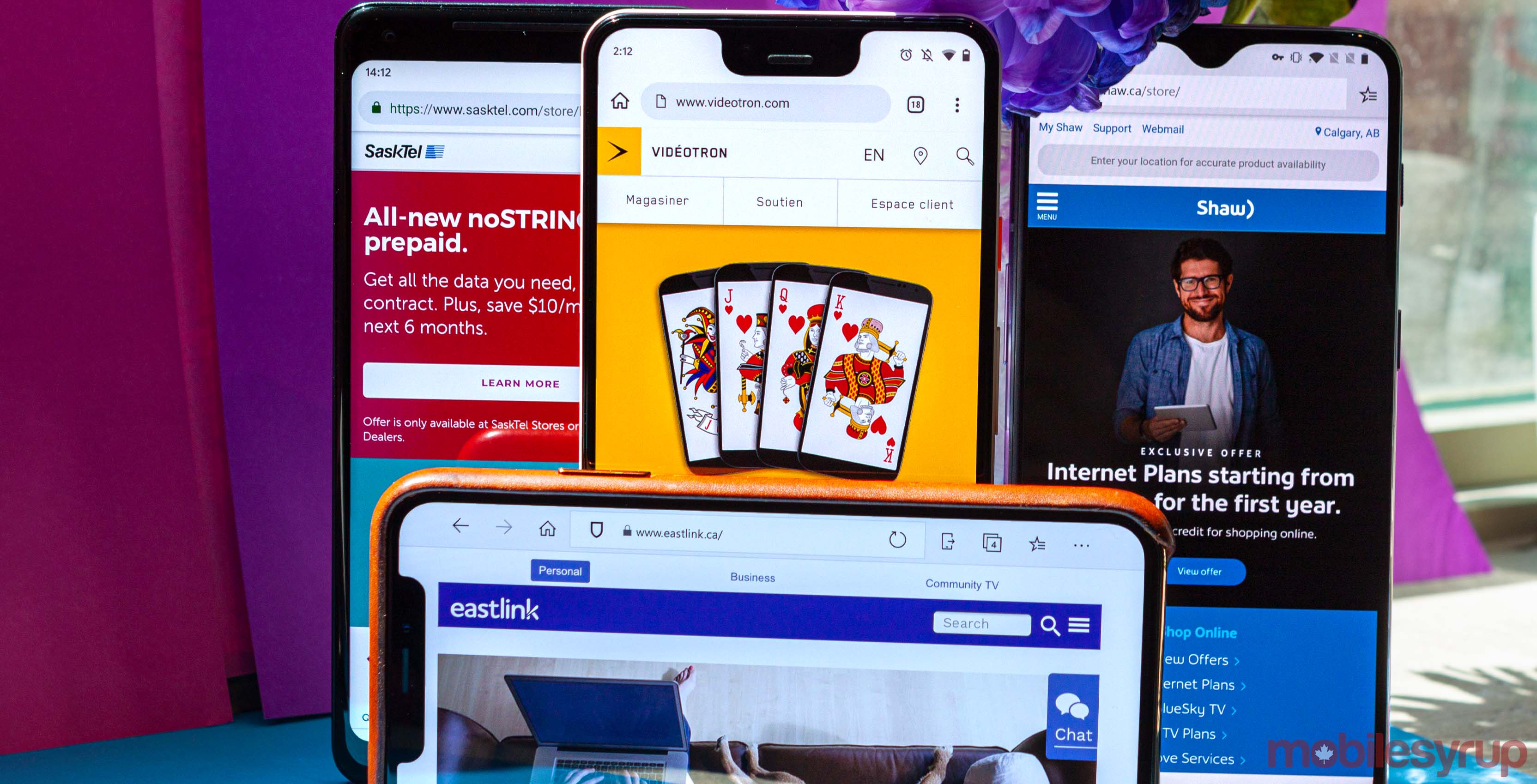 The carriers submitted their interventions on the state of Canada’s mobile wireless market on May 15th to the Canadian Radio-television and Telecommunications Commission (CRTC).

The commission launched the review in February, shortly after Innovation, Science and Economic Development Minister Navdeep Bains announced his proposed policy directive. The hearing is set to take place in January 2020.

Like the Big Three, Shaw echoed that 5G is where the country should be focusing its attention, adding that the next-generation wireless market will need to include affordable access to innovative wireless services.

But Shaw says that it currently faces lower margins and higher investments in comparison to the Big Three and that by mandating MVNOs, resellers will be given an opportunity without having worked hard for it.

“Mandating MVNO will put resellers in a privileged position that guarantees a return and relieves them of the very significant financial burden and risks that Freedom has undertaken to build a competitive network in an extremely compressed timeframe,” Shaw said, adding that the MVNOs’ advantage would “undermine Freedom’s ability to gain market share and scale.”

It would jeopardize Shaw’s ability to keep growing, the intervention read.

Like Shaw, SaskTel said in its intervention that there is enough competition in the market with emerging fourth carrier services like itself, Shaw, Quebecor and Eastlink.

After the 2008 AWS spectrum auction, the government ruled that every province must have four carriers. This was back when Wind (now Shaw-owned Freedom Mobile) and other carriers were introduced to the market.

“The current wireless market conditions do not warrant intervention…particularly [the fourth carriers] continue to expand network coverage and to invest in technology upgrades to improve service to their customers,” SaskTel said, adding that mandating MVNOs would create “an environment that invites more regulation, and regulatory action, rather than less.”

SaskTel argued that the fourth carriers are trying hard to establish their operations with massive capital investments in building out networks to try and compete with the Big Three.

“MVNOs who may have artificially low cost of service due to regulatorily-enforced rates could lessen rather than increase competition; will reduce the incentive to invest in rural and remote communities; and will cause direct financial damage to the very parties that are creating the most competitive marketplaces in Canada,” it said.

In its submission, Eastlink said it’s “unrealistic” to assume that a market would grow naturally in five years.

“It is equally illogical, and not supported by evidence, to assume that a regulated MVNO model will bring positive, sustainable retail competition to Canada,” Eastlink said.

The company also referred to 5G expansion and how investing in the new network is already costing the company a lot of money. It added that if a decision to mandate MVNOs were to happen, it might have to reconsider its “decisions to invest in our own networks.”

Quebecor’s submission, which was in French, said mandating MVNOs was not necessary. Like the other regional carriers, the Quebec-based company said it would hinder its ability to grow in an economy that already has so much competition.

And like the other carriers, argued that the addition of MVNOs would affect the current structure of the fourth carrier rule.