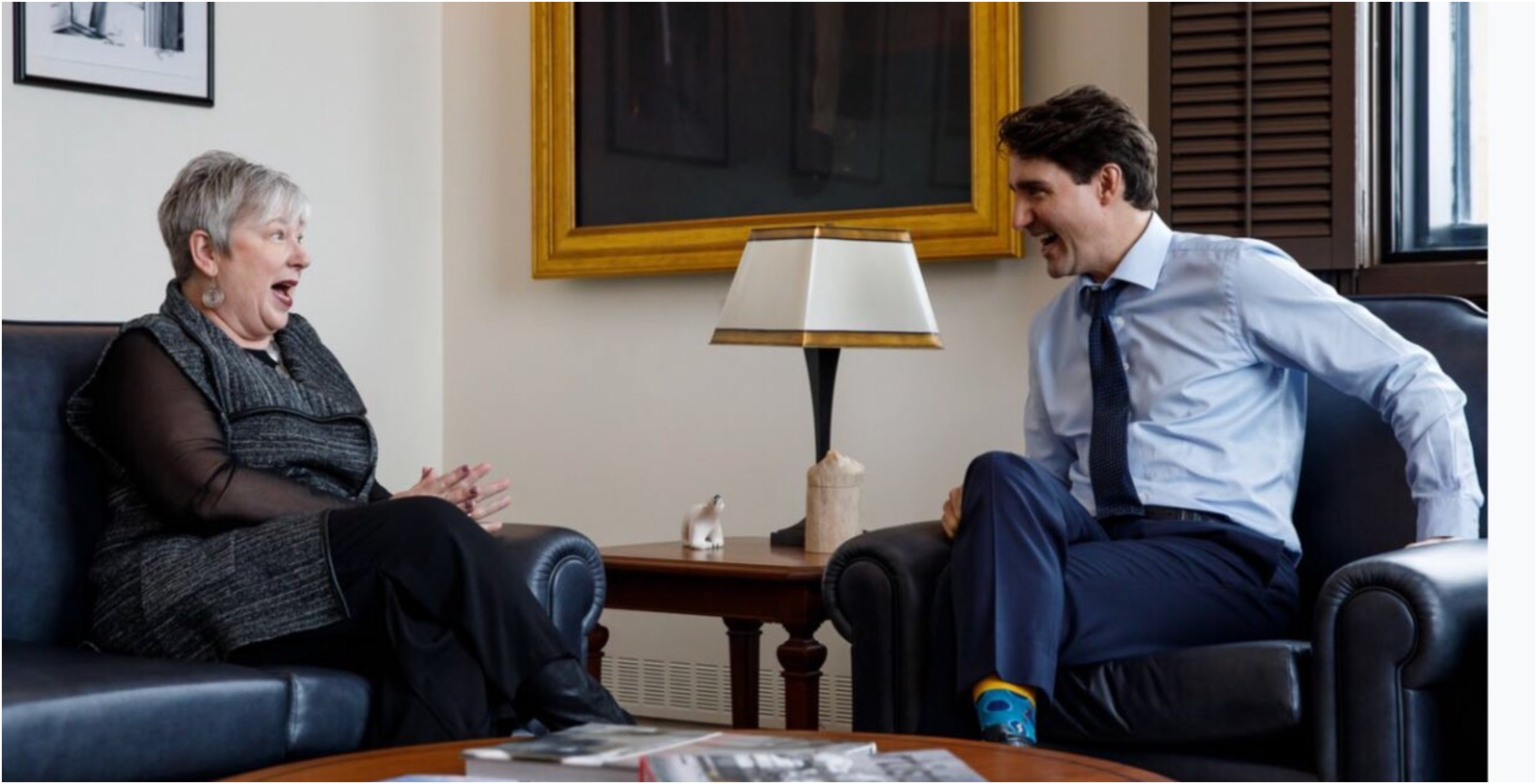 Rural Economic Development Minister Bernadette Jordan says the government plans to use the 50Mbps download and 10Mbps upload speeds that the CRTC has suggested as a base, and will continue to monitor this baseline as the country becomes increasingly connected to high-speed internet.

On March 19th, Justin Trudeau’s Liberal government announced investments of up to $1.7 billion CAD over 13 years to provide Canadians with access to high-speed internet services. This plan includes connecting 100 percent of homes to the 50/10 target speeds by 2030.

“50/10 is the base, that’s what we want to start with. It’s safe to say though that it is something we will monitor to make sure we are providing the best service possible for people,” said Jordan in an interview with MobileSyrup.

But right now, Jordan said the focus is to get people with little or no connection.

“There are areas that don’t even have 5/1 speeds. So this investment is going to be huge for them. I’ve been to places in rural Canada where if their phone rings they can’t use the interact machine because of the type of coverage they have,” she said.

That being said though, Jordan repeated that “this is a baseline” that the Canadian Radio-television and Telecommunications Commission (CRTC) established in 2016. The 50/10 speed target was announced at the same time that the commission pledged an investment of $750 million CAD to connect 90 percent of homes over five years.

The Nova Scotian Member of Parliament was appointed to the role during the cabinet shuffle on January 14th. The ministerial role is the first for the government and part of Jordan’s role will be to bring high-speed internet to rural parts of Canada.

It’s important to note that the government’s target is to spend $5 to $6 billion CAD over the course of the years, but the money will come from various directions.

It will include the $750 million CRTC investment, what the government has already spent by establishing the Connect to Innovate fund, $1 billion in private sector funding from the Canada Infrastructure Bank (CIB), nearly $2 billion from more money the CIB intends to leverage from other private sector sources, and $1 billion from the Accelerated Investment Incentive that was introduced in the 2018 Fall Economic Statement.

$85 million of the $1.7 billion will go towards the Connect to Innovate program, said Jordan.

Budget 2019 did not make any mention as to where the CIB intends to source nearly $2 billion of additional private sector investments. Critics have voiced their concern with this and caution that the money should be allocated towards helping out communities that really need access to high-speed internet.

Jordan made it very clear that this budget “says [the funds are] for rural and remote” areas.

“[The funds] are to address the shortfall in areas of the country that doesn’t have broadband or high-speed internet. This is something we already have started to address with the Connect to Innovate Fund and with the Accelerated Investment Incentive,” she said.

“These are the measures we are taking to address the challenges of rural Canada. The budget also announced securing a Low Earth Orbit satellite and that is going to really help in really remote areas…these funds are not to enhance services that already exist.”