There were 31.7 million wireless subscribers in 2017, according to the CRTC’s latest report 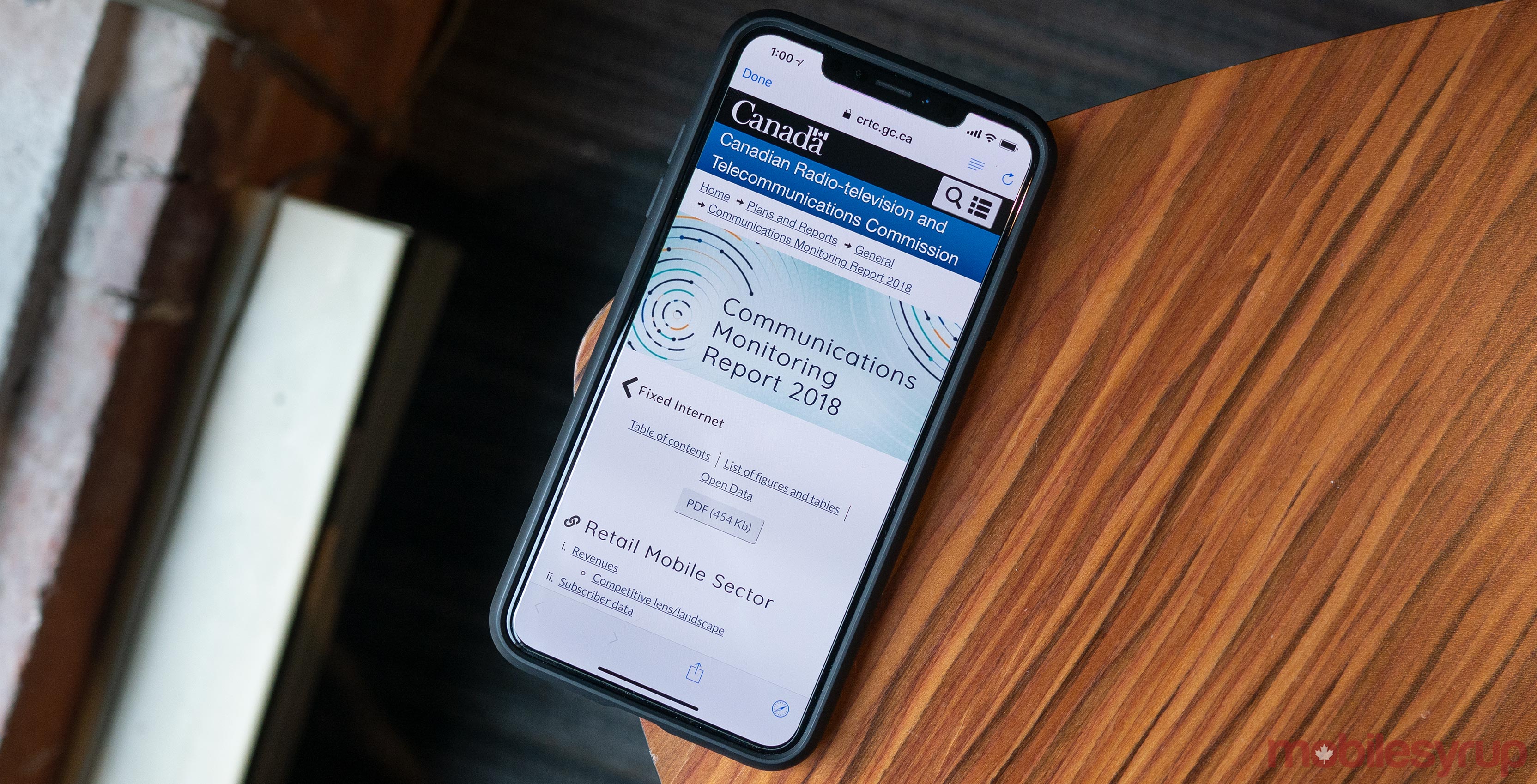 As per the CRTC’s 2018 Communications Monitoring Report, Canadian mobile revenues increased by 5.3 percent compared to 2016.

The $24.5 billion figure reportedly represented 52 percent of all retail telecommunications revenues in 2017.

The average revenue generated per 1GB of data used per month was $16.80.

The CRTC also reported that 78 percent of Canadians aged 18-or-older had a smartphone, nine percent had a regular cell phone specifically, while 57 percent owned a tablet.

In terms of the language breakdown, 79 percent of Anglophones had a smartphone, compared to 75 percent of Francophones.

Quebec had the smallest percentage of smartphone users. Only 75 percent of Quebecers have a smartphone.

The top three mobile service providers in 2017, in terms of overall revenue and subscribers, were Bell, Rogers and Telus.

The Big Three also claimed 90 percent of the mobile subscriber market, compared to the 10 percent claimed by other providers.

According to the CRTC, 100 percent of mobile subscribers in British Columbia, Alberta, Manitoba, New Brunswick, Nova Scotia, Prince Edward Island are signed up with the Big Three.

The Big Three’s LTE networks reportedly covered 98.5 percent of the population in 2017.

Mobile data revenue is on the rise, long distance revenue is dropping

Additionally, average data use across increased to 1.6GB-per-month across the country, representing a 37.5 percent increase compared to 2016.

Postpaid plans accounted for 95.5 percent of 2017’s wireless revenues, and 88 percent of subscribers were signed up to a postpaid plan.

It’s worth noting that data services accounted for the highest percentage of wireless revenue: 48 percent, or $11.8 billion.

Of 2017’s voice roaming revenues, the greatest percentage of revenues (70 percent) were generated by subscribers roaming in the U.S.

In addition to reporting figures about earnings and revenue, the CRTC’s latest report also found that approximately 92 percent of Canadians had access to advanced LTE (LTE-A) networks.

Other than the Canadian North, Saskatchewan had the lowest LTE-A population coverage: 48.1 percent.

Approximately 54 percent of Canadians had access to networks maintained by three providers.

PEI had the highest percentage of its population covered by thee or more networks: 95 percent.

Additionally, LTE networks — regular LTE and LTE-A — covered 99 percent of the population, as well as 86 percent of major roads and highways, in 2017.

The CRTC said that almost 16,000 kilometres across the country weren’t covered by LTE in 2017.

Approximately 83 percent of subscribers were signed up for a plan that included some amount of data.

Approximately 31 percent of data subscribers had a plan with 5GB of data or greater.

Approximately 62 percent of subscribers had a plan with unlimited voice minutes.

Approximately 99 percent of mobile subscribers had a plan with unlimited text messaging.

Despite the CRTC’s implementation of the Wireless Code in 2013, subscribers signed up for a one-year or two-year contract increased to 49 percent in 2017, compared to 45 percent in 2016.

In terms of free Wi-Fi hotspots, British Columbia had the greatest number overall: 15,716.