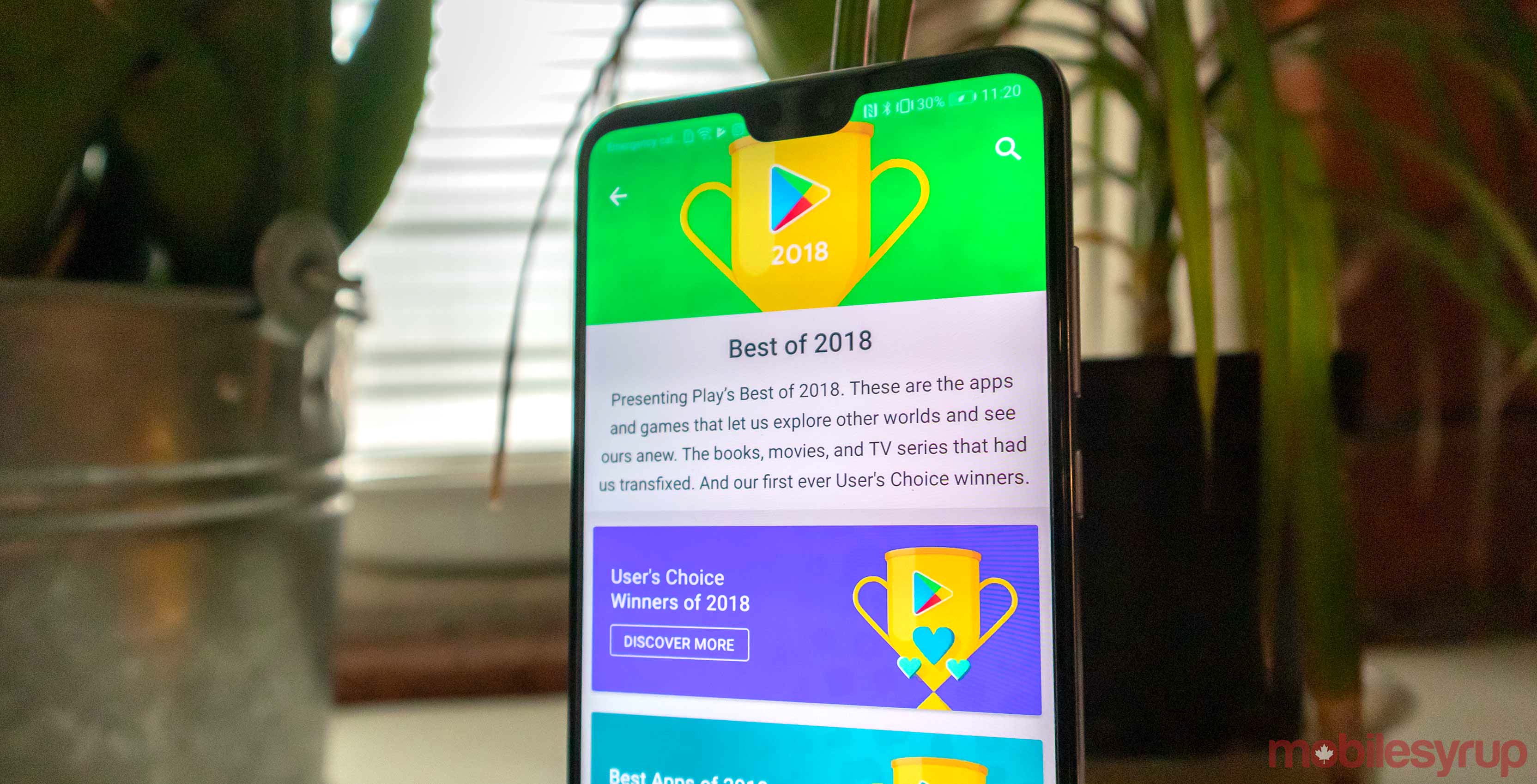 There are six general categories and some have a few sub-categories that drill down into different app genres.

MobileSyrup has written about the top games selected by Google in the past.

In the ‘Users Choice’ category, the ever popular Pokemon Go won game of the year. The top app chosen by users is social media app Reddit.

In the Best apps chosen by Google are broken down into a few subcategories.