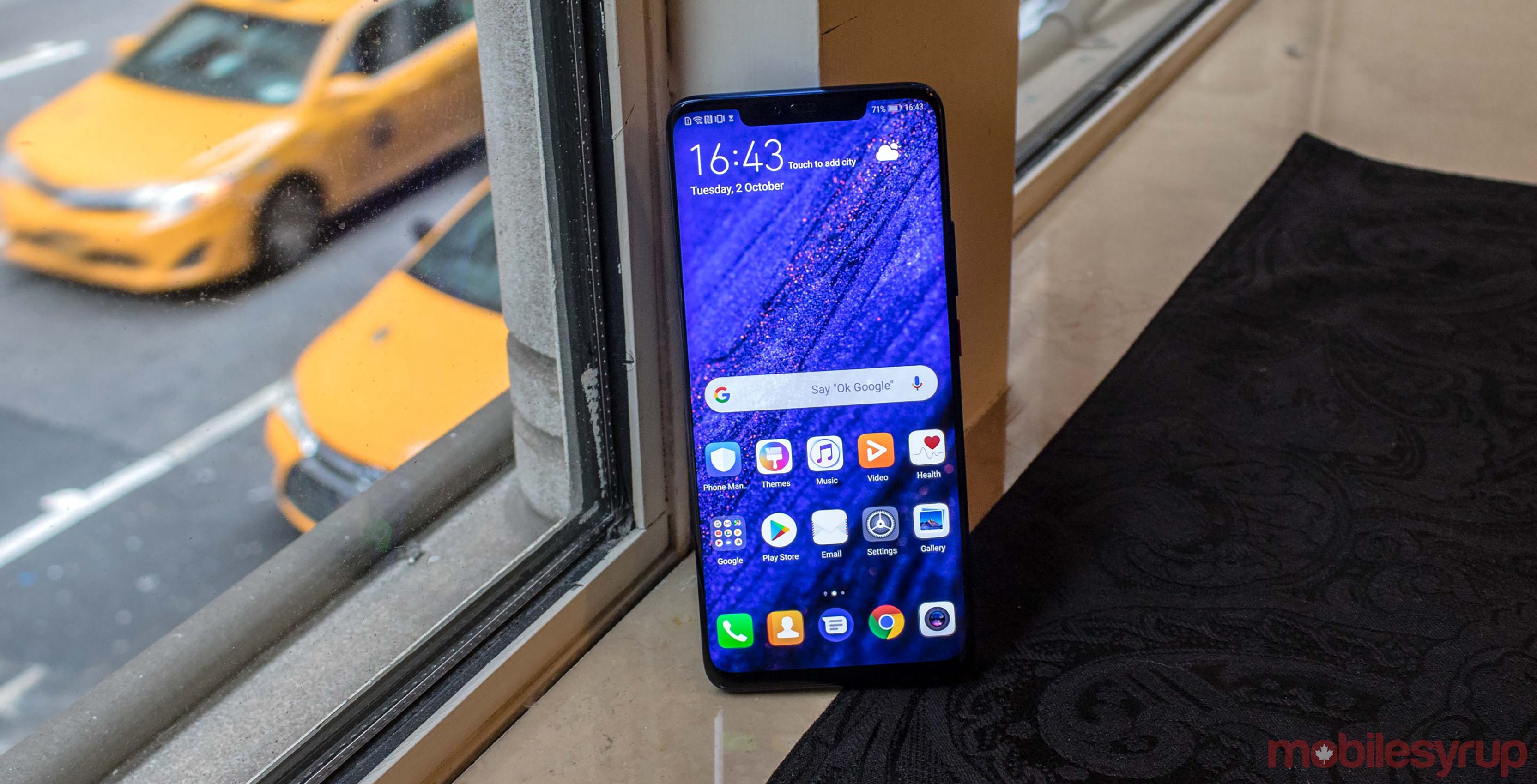 Huawei is bringing its Mate 20 Pro to Canada on November 8th, with pre-orders for the smartphone launching now.

The device is available at most major carriers across Canada, including Bell, Rogers, Telus, Virgin Mobile, Fido, Koodo, SaskTel and Videotron. Select carriers will also offer a free Huawei Watch 2 or Huawei tablet for a limited time.

The Huawei Mate 20 Pro has an in-display fingerprint scanner and also brings a number of firsts to the Canadian market. The flagship smartphone is the first flagship device to pack in a 4,200mAh battery, the first to launch with reverse wireless charging, and the first to feature a Kirin 980 processor.

It’s important to note that only the Mate 20 Pro is coming to Canada and not the Mate 20.

Lastly, at Rogers, the device is available for $1,199 outright. If you pre-order the device on a two-year term you’ll also get a free MediaPad T3 tablet.

Fido: At Rogers’ sub-brand Fido, the device is, again, available in both colours. Similar to Rogers, the phone starts at $249 on the company’s XXL plan.

Also akin to Rogers, without any term, the phone is available for $1,199.

If you pre-order the device on a two-year term Telus is also offering a Huawei Watch 2 for free. This offer is valid from October 25th to November 7th.

If you pre-order the device on a two-year tab Koodo is also offering a Huawei Watch 2 for free. This offer is valid from October 25th to November 7th.

Videotron: At the Quebecois telecom, Videotron, the Mate 20 Pro is only available in black. Additionally, two-year plans start at $179.95, while outright you can get the device for $1,229.95.

If you pre-order the device on a two-year term Videotron is also offering a Huawei Watch 2 for free.

This post will be updated with more specific carrier pricing as the information becomes available.