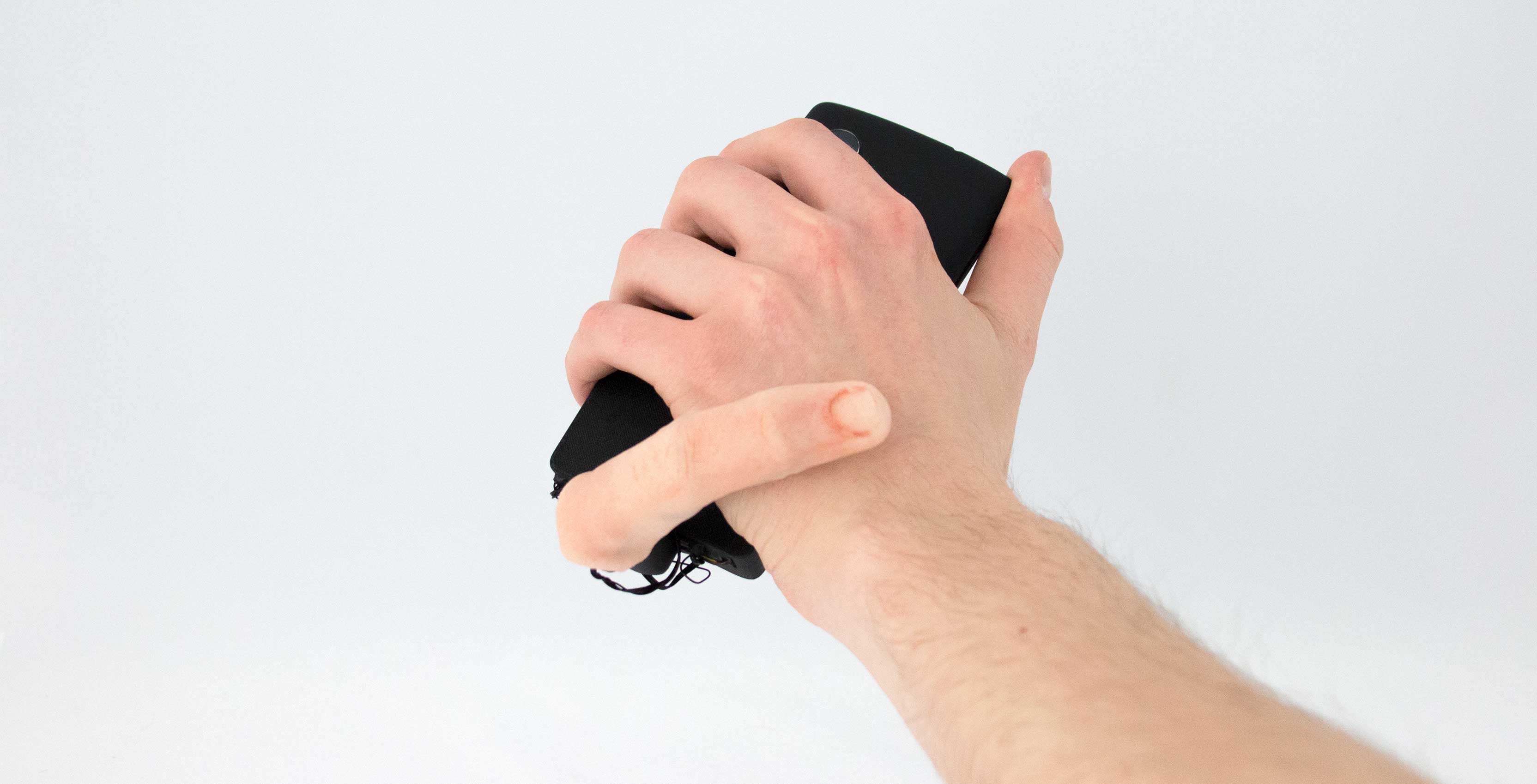 A recurring theme in my recent Sticky or Not columns is the idea of using tech to enhance human physical capabilities, often in the form of some bionic appendage.

Whether it’s a 3D-printed set of prosthetic arms, an Iron Man-esque flight suit or even a goofy animatronic tail, I seem to find myself drawn towards bodies being enhanced by technology.

But why stop there? Why not give the same kind of treatment to your phone?

These are questions that most people likely wouldn’t ask, but that didn’t stop one French research team to boldly go where no man has gone before.

Enter the MobiLimb, a robotic finger attachment that plugs into smartphones through a Micro USB port and moves using five servo motors.

With its motor functions, the researchers say the MobiLimb can be useful in three different ways.

As a tool, the MobiLimb can do things like power a phone on or off, serve as a stand or move to notify you of a message on your phone.

As a partner, the MobiLimb can react to human input or simulate a human personality with “emotions” like curiosity.

But perhaps most bizarre of all, the MobiLimb as a medium can use haptic feedback to — and I’m not kidding here — touch your wrist.

The MobiLimb also supports modular elements like LED lights and proximity sensors, if that tickles your fancy.

Because the MobiLimb is a research project, there’s no word on when (or even if) it may ever reach the public. Is that really a bad thing, though? I’m going to be blunt here: the MobiLimb is extremely creepy. Outside of a few gimmicky practical uses, a lot of this doesn’t seem very useful.

Plus, seeing an appendage sticking out of a phone and moving around is pretty unsettling, especially when it’s coloured to look like an actual severed human finger. I’m not sure that even the loneliest of people would want a robotic digit to stroke their hand. Just look at how creepily it moves.

In this case, I have to agree with Jeff Goldblum.