Institute for the Blind taking smartphone donations for the visually impaired 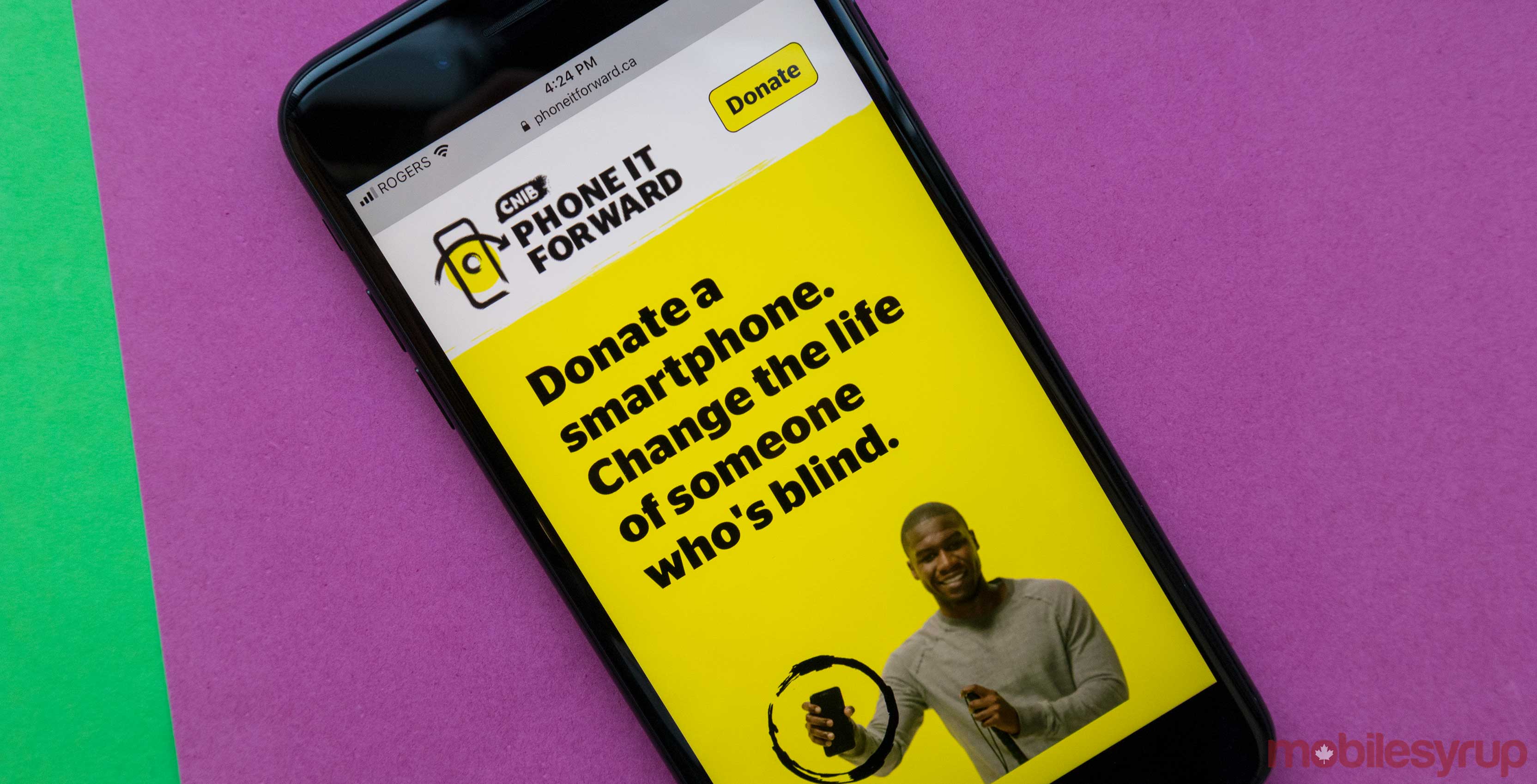 The Canadian National Institute for the Blind has launched a program called Phone it Forward to help provide visually-impaired Canadians with a smartphone.

The program aims to help the roughly 500,000 Canadians with limited or no vision through the use of a modern smartphone.

“My iPhone is my most important tool when it comes to living the independent, connected life I want,” said Wayne Henshall, an employee at the Canadian National Institute for the Blind (CNIB), in a recent press release.

According to the CBC, 46 percent of Canadians who are blind don’t have a smartphone that includes the modern accessibility features necessary to be helpful in their daily lives.

Visually-impaired people can use smartphones to read small text, identify items in the real world, text-to-speech technology and more, according to the CBC.

Users can donate their old phones at phoneitforward.ca and even get a prepaid envelope for free online. When a phone first arrives it gets professionally wiped by Fixt Wireless Repair using ADISA standards certified erasure software.

Notably, all iPhones starting with the 5S and newer will be updated to run iOS 12 so users have all the latest Apple accessibility features as well.

Once the phone is refreshed, it’s re-filled with accessibility-focused apps and given to a Canadian with vision problems. The final step is to teach the device’s new owner how to use the phone and the accessibility apps.

Anyone who donates receives a tax receipt in the mail, according to the CNIB.

Source: Canadian National Institute for the Blind Via: The CBC