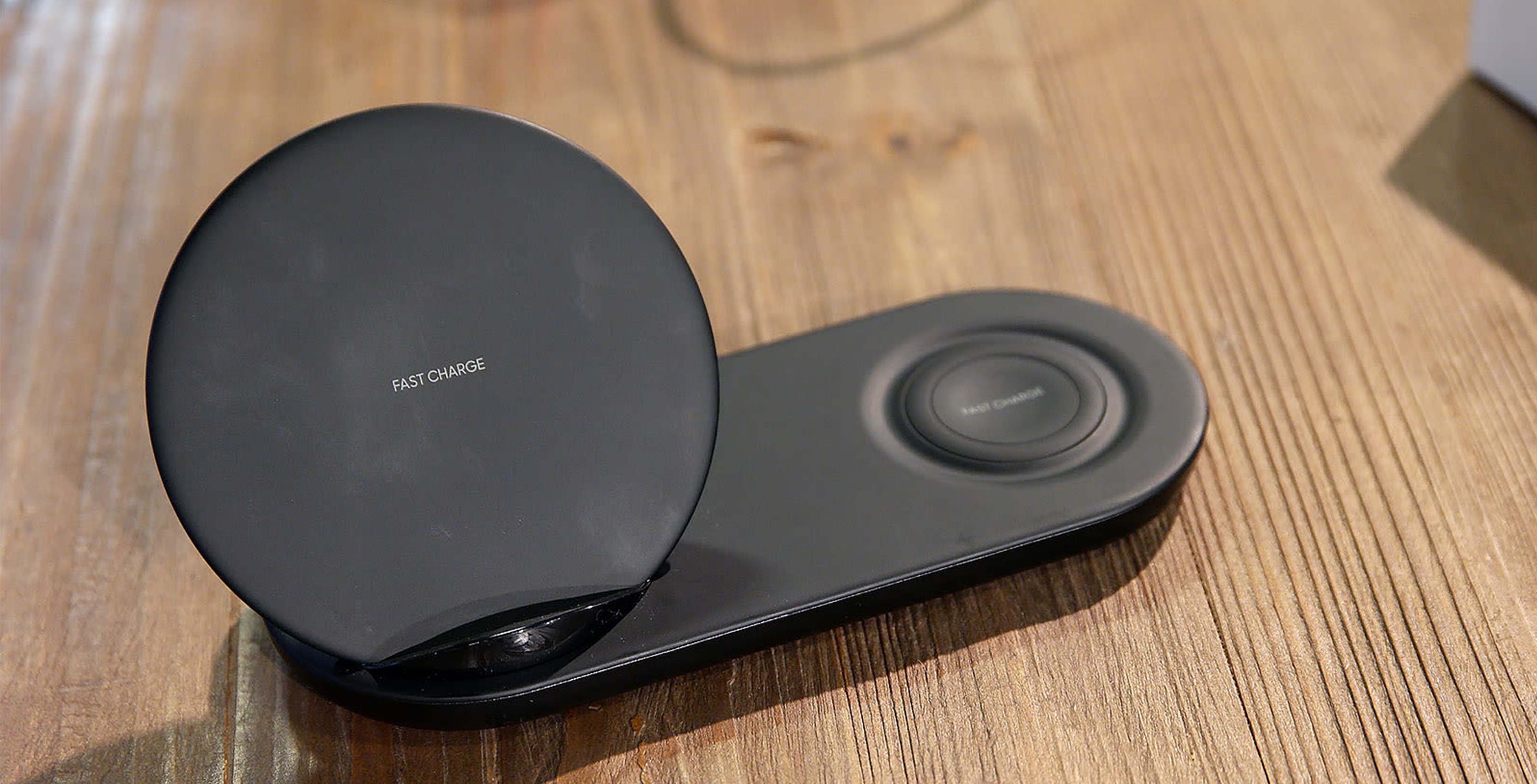 The event showed off a number of products the company wants to push as we near peak gifting season. However, among the many products on display was one that isn’t available yet.

The product, which looks identical to the Wireless Charger Duo leak that came out of Russia earlier this week, was sitting out on a shelf for anyone to see.

Rutherford thought he caught a break when he spotted a product tag sitting nearby. However, the tag was labeled “Samsung Qi Pad (2018).”

Worse, the QR code on the tag linked to this Amazon store page for a different Samsung charging pad. 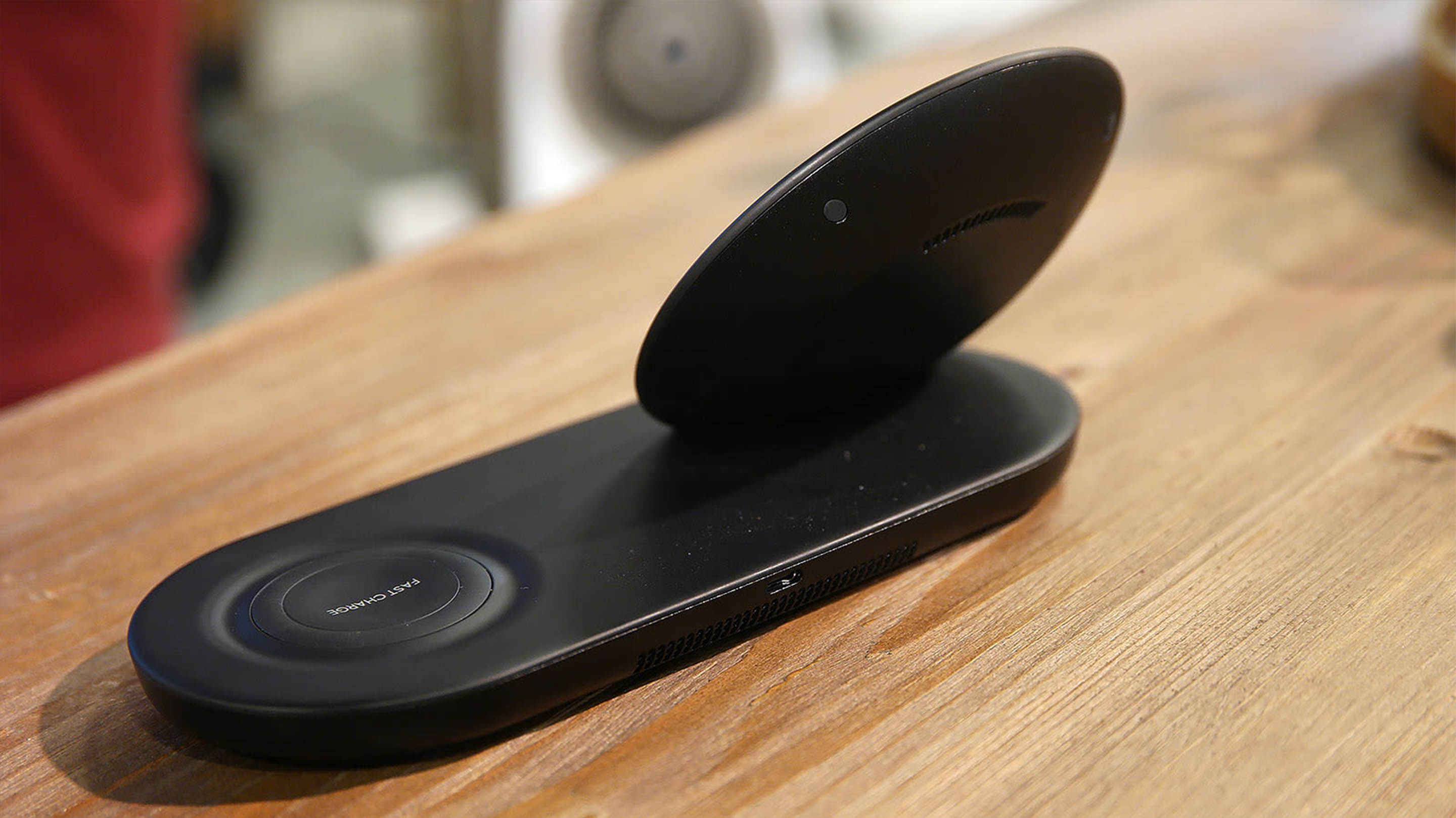 Despite the lack of a tag, Rutherford was not deterred. He set to work investigating the charging pad with all the journalistic skill he could muster.

The Charger Duo appears to have two wireless charging pads powered by a single USB-C input. The device doesn’t have any official Samsung branding, but Rutherford tipped it over and discovered a Samsung sticker on the bottom. The label sticker also noted the model number and power specs, listing the input as 12 volts, 2.1 amps. 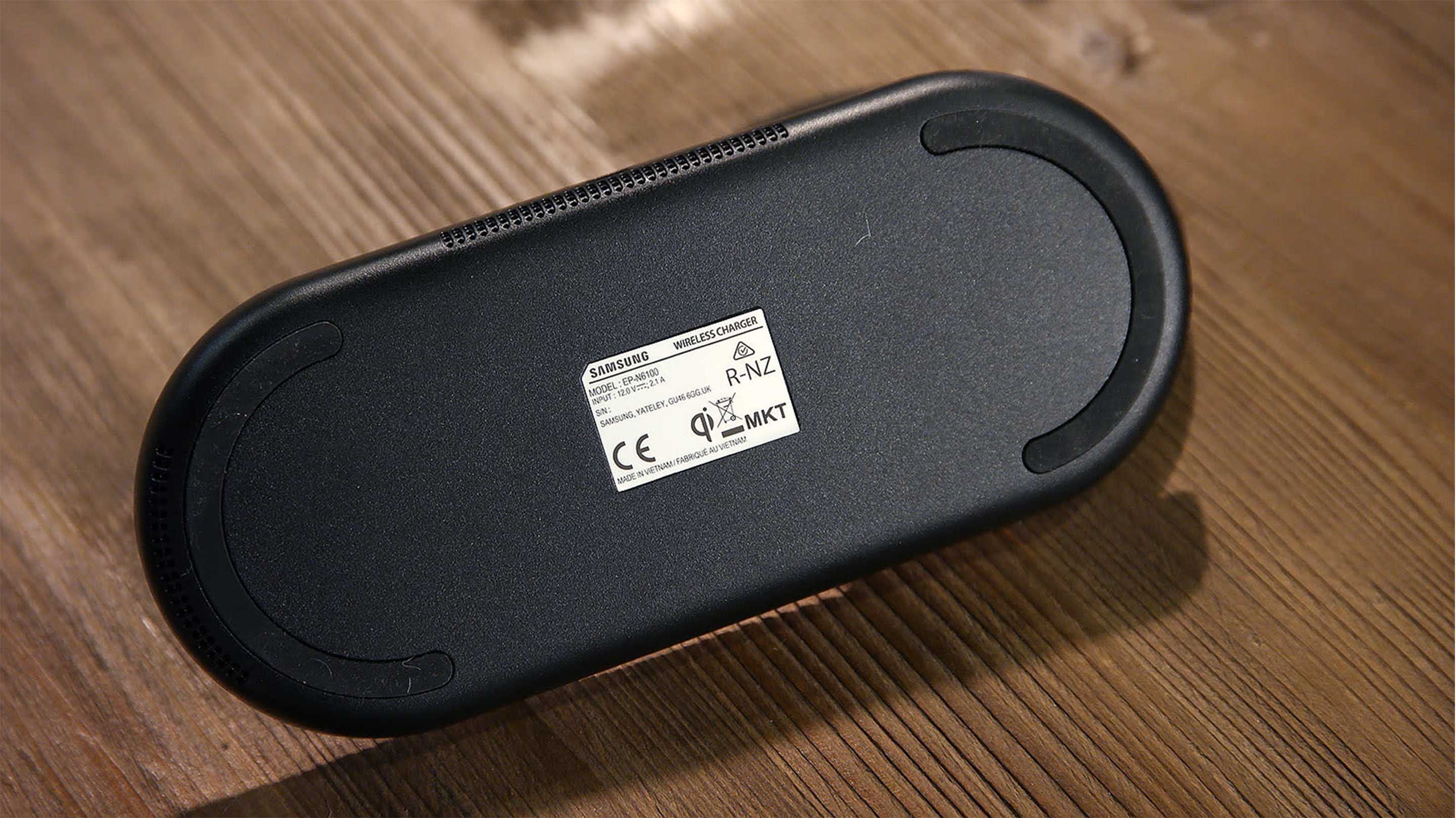 Additionally, the device features two indicator lights that tell you the charging status of either pad. Unfortunately Rutherford wasn’t able to charge his phone. The pad seemed as if it weren’t fully operational.

As for how the charging pad got to the display, Rutherford thinks someone at Amazon simply grabbed the wrong product. A different charging pad was clearly meant to be there.